The Tickford Racing Supercars star led the way in the Top 10 Shootout, winning the Allan Simonsen Pole Award in the process.

At the time, that was 0.5004 seconds clear of the Audi of Christopher Haase, who had set his own imposing benchmark of 2:02.4344s midway through the session. 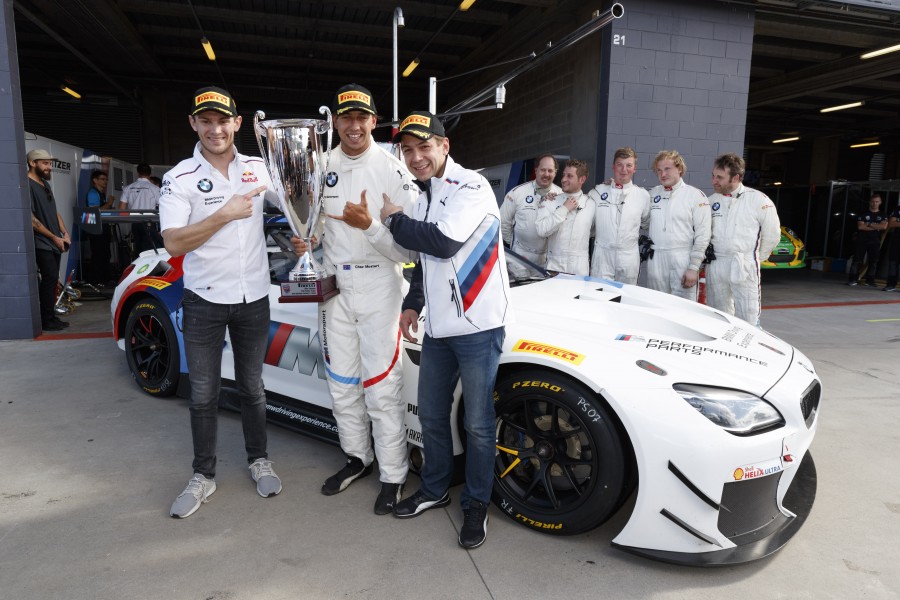 “We were close last year in the Pro-Am entry, but it's great to get the pole this time with Schnitzer Motorsport,” Mostert said.

“For me it's amazing, the boys gave enough trust in me to qualify the car, which we've been improving across the weekend.

“To be honest, there's always a tenth or two [still in it]. At this place, generally when you find a tenth or two you don't know about, it doesn't end well.”

Mostert's time was over 0.7s adrift of Shane van Gisbergen's GT3 pole record set in 2016, with Pirelli having brought only its hard compound to the event this year.

Sunday’s race starts at 5:45am local time, with the opening stint contested in darkness before the sun rises in Mount Panorama.

“You get to lead the field away in the dark,” Mostert said of scoring pole. “It reduces the risk completely.

“In the dark here with the lights and stuff, the risk is much higher to end up out of the race.”

Behind the Audis in second and third, reigning Bathurst 1000 winner Luke Youlden shone in the older-generation Lamborghini Gallardo to take fourth place, up from eighth in the provisional order.

Scott McLaughlin led the way for the YNA McLarens, his 2:03.3481s good enough for fifth in the team’s Pro-Am entry, while van Gisbergen had to settle for eighth.

Van Gisbergen ran wide at the first corner and then at The Chase in the 650S he’ll share with Craig Lowndes in the Pro class.

Mostert’s Supercars team-mate Cameron Waters grabbed sixth place, as the only Mercedes in the Top 10 with British squad Strakka Racing.

Waters was a late addition to the Shootout after the #100 BMW was excluded from qualifying, and turned the first lap of the session, a 2:03.4181s.

“I was in getting a massage, I thought I was done for the day,” Waters said.

“It was just a nice, clean lap, really. We weren’t too far off what we did this morning in colder conditions.

“We’re happy with how we’re going.”

Trouble for SVG/Lowndes McLaren in Practice 5