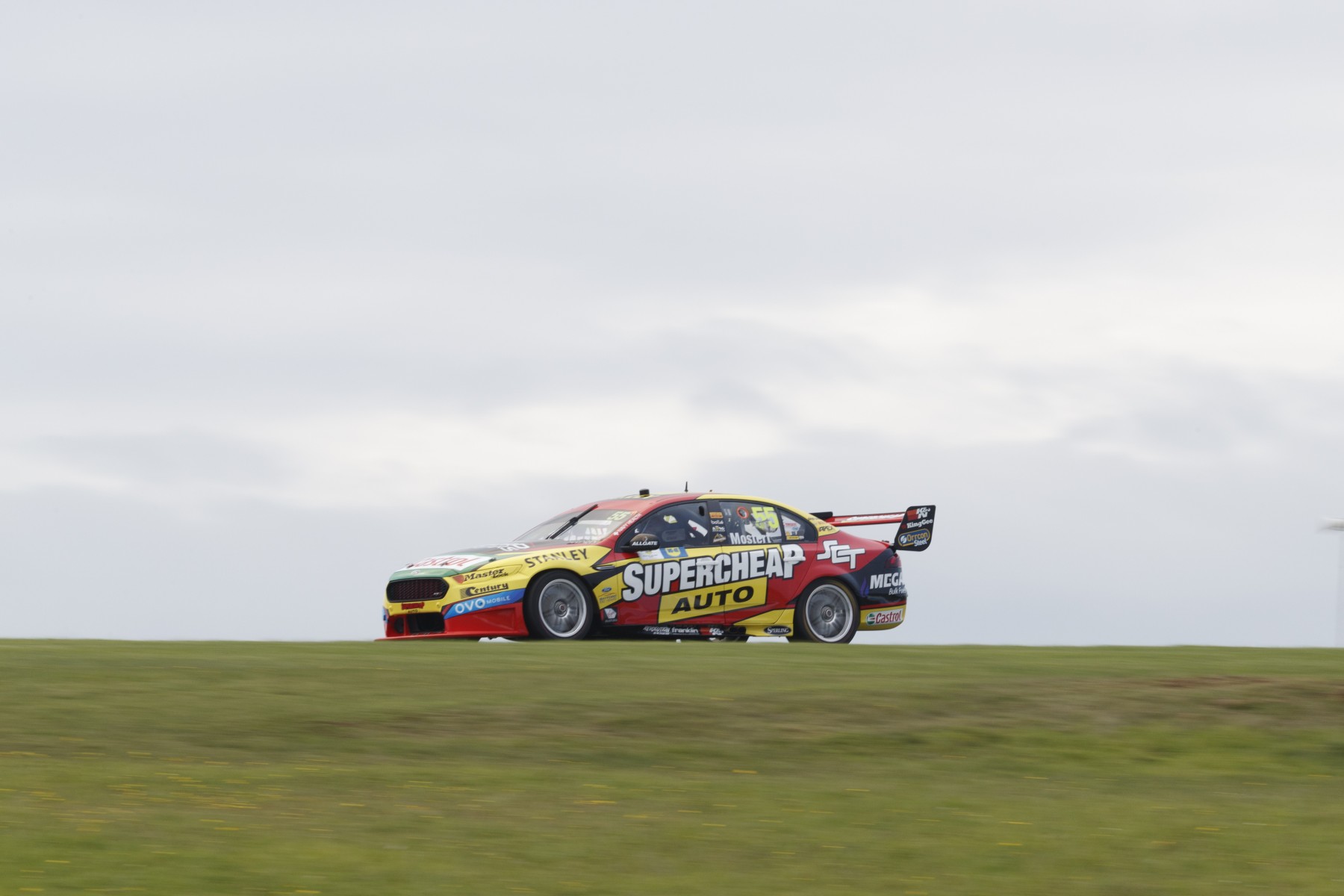 Chaz Mostert says efforts to make him more comfortable under brakes in the Supercheap Ford should help prevent a repeat of the costly mistakes seen at Symmons Plains.

Mostert led both races in Tasmania before locking an inside-front tyre and falling off the road, costing the Prodrive ace any chance of victory.

The mistakes put a dampener on an otherwise brilliant start to the year for Mostert, who has emerged as the leading threat to the Triple Eight and Shell Ford powerhouses.

The 25-year-old Mostert admits he was “pretty annoyed with myself” after Symmons Plains, but says the driver errors were partially a function of car set-up.

“This weekend we’re trying some different things to fix those areas where I felt that the driver errors came in,” he explained.

“There is a lot you can do with car set-up to make the driver feel a bit more comfortable.

“I had a bit of locking issues in Tasmania, so my engineer had a bit of a think about what we can do to help that.

“At the moment it feels pretty good but we’ll see what we can do in qualifying.

“The car feels pretty promising but I still think we can make some little gains in some areas.”

Backing up Mostert’s form in Friday practice were Prodrive team-mates Cameron Waters and Mark Winterbottom, who ended up fifth and sixth respectively.

Waters is fifth in the standings after a strong start to the campaign while Winterbottom is 12th and desperate to turn around his slump.

Although encouraged by the practice times, Prodrive team principal Tim Edwards insists there’s still plenty of work to do ahead of today's qualifying and 250km opening race.

“The whole team has done a great amount of work in the past two weeks to make further gains with our cars and its showing,” he said.

“There is still a bit of work to do. We can do a few things here and there to make the cars better, even for Chaz so we'll work on those.

“It will be a long day so there's plenty still to work on."

Lowndes: No warning before tyre failure

21/04/2017
Stay In The Know
Sign up to the Virgin Australia Supercars Championship Newsletter
We use cookies to ensure that we give you the best experience on our website. If you continue to use this site we will assume that you are happy with it.Ok