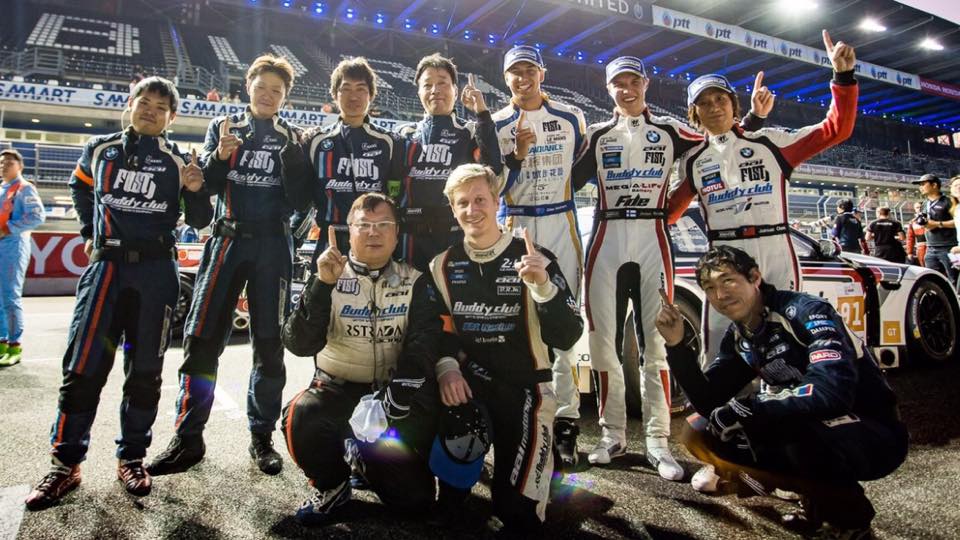 Chaz Mostert has finished his Asian Le Mans Series campaign with a win in Thailand that leaves his BMW at the top of the standings.

The Tickford Racing Supercars star, Jesse Krohn and Jun-San Chen took their Team AAI Motorsports BMW M6 GT3 to victory in the 6 Hours of Buriram, the third of four rounds in the 2017/18 season.

Mostert will miss next month’s finale at Sepang in Malaysia to contest the Bathurst 12 Hour with BMW, but ends his campaign with the car leading the GT championship.

After a troubled qualifying session for Krohn, the #91 BMW started at the back of the three-car GT class, with Mostert then completing a double stint in the middle of the race.

Taking over from Chen, Mostert eliminated a two-and-a-half minute deficit and passed the Audi just after the three-hour mark, with Finnish driver Krohn then bringing it home.

Fantastic to win the Asian lemans GT buriram 6hr with @chen_junsan @jessekrohn was faultless by everyone in the team today awesome way to wrap up my last race for this season #mozzie?? I wish the team all the luck in the final round in sepang and hopefully they can win the championship ?????? @bmwmotorsport

The win was the second for the trio, its other result a second-place finish following a pitlane penalty at Fuji.

“Thailand was another fun track and another great experience with AAI Motorsports and racing for BMW Motorsport,” Mostert said.

“It's a shame I can’t do the last round but Bathurst calls!"

Mostert will join forces with BMW DTM aces Marco Wittmann and Augusto Farfus in the Liqui-Moly Bathurst 12 Hour on February 2-4.

He will be one of a host of Supercars drivers racing GT machinery, including Craig Lowndes, Shane van Gisbergen and Scott McLaughlin in McLarens, Jamie Whincup and Cameron Waters in Mercedes and Garth Tander in an Audi.