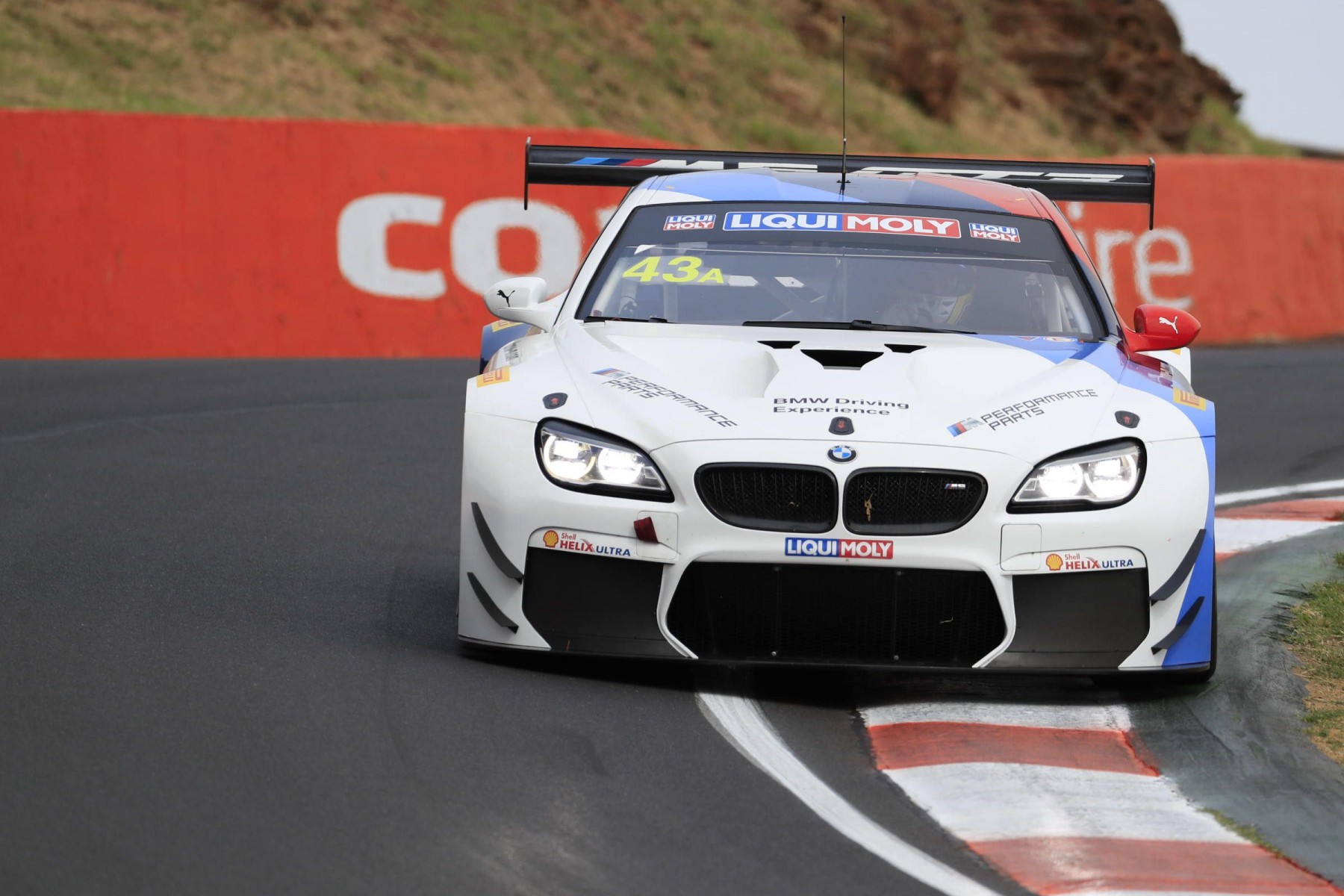 The BMW of Supercars star Chaz Mostert led the way on Friday morning as practice for the Liqui-Moly Bathurst 12 Hour got underway.

In the second practice session, and the first with the race’s leading drivers, Brazilian DTM ace Augusto Farfus pipped Garth Tander’s Audi at the top of the order.

The Jamec-Pem Audi R8 GT3 Tander is sharing with Kelvin Van der Linde and Fredrick Vervisch sat atop the order in the closing stages of the 45 minutes with a 2:03.8369s set by Vervisch.

Bathurst debutant Farfus, though, lowered the benchmark to a 2:03.6953s in the BMW M6 GT3 in which he’ll drive with Mostert and Marco Wittmann.

That time was nearly half-a-second faster than the time in the corresponding session last year, and 0.1416 seconds clear.

“It was a short session for me, I just did some brake bedding at the start,” Mostert said.

“There’s obviously a lot of traffic out there and none of my laps were clear.

“The car’s good though and Augusto has done a great job for his first time here to put us in P1.”

The other factory-backed BMW driven by Timo Glock also jumped up the order late to grab third place for Steven Richards’ outfit.

Scott McLaughlin turned the fifth-fastest time in the best of the YNA Autosport McLarens, with the sister entry Shane van Gisbergen and Craig Lowndes are sharing 16th.

Tim Slade’s Objective Racing McLaren was eighth, with Jamie Whincup putting his Mercedes AMG GT3 ninth with a 2:05.1554s, having completed roughly half of the session.

01/02/2018
Stay In The Know
Sign up to the Virgin Australia Supercars Championship Newsletter
We use cookies to ensure that we give you the best experience on our website. If you continue to use this site we will assume that you are happy with it.Ok