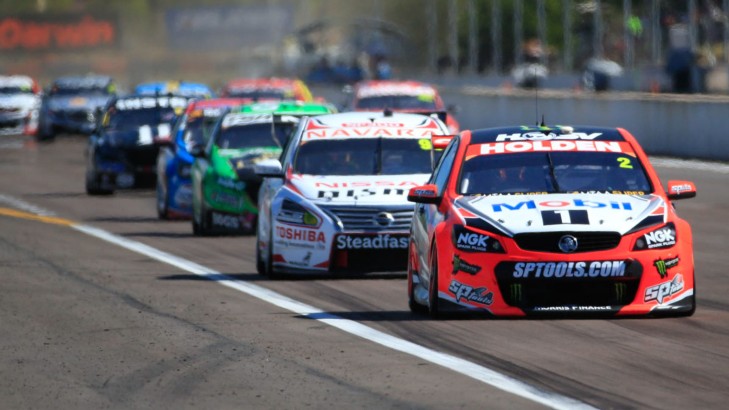 The V8 Supercars Commission has approved extra sessions to allow additional drivers more time in the cars ahead of the Pirtek Enduro Cup.

'Additional drivers' are currently allowed to run throughout two one-hour practice sessions on Friday at each event. However, that running can take away from the team's time to tune the car ahead of a race meeting, so often the second driver will only complete a handful of laps.

The Commission's ruling will now see 30-minute practice sessions exclusively for additional drivers at the Coates Hire Ipswich SuperSprint and the Sydney Motorsport Park SuperSprint - the two events prior to the first endurance race, the Wilson Security Sandown 500, which is in September.

Each session will run before the first of the practice sessions on Friday's schedule.

Teams have been allocated one independent test day this year, which most will utilise in the lead-up to the Pirtek Enduro Cup - however this gives co-drivers an extra opportunity to get more miles behind the wheel, if that is how teams choose to use the session.

"It's listed as an additional driver session as it's not specifically for a teams' nominated Enduro Cup co-drivers," Director - competition Damien White explained.

"Teams can certainly use it for them, however the option is there if a team wants to nominate someone out of the V8 Supercars Dunlop Series for example."

After recently running an evaluation day for James Golding in Scott McLaughlin's Volvo, the Garry Rogers Motorsport Dunlop Series driver would be a perfect example of someone a team might use in the session, given McLaughlin's co-driver Alex Premat is based in Europe.

Teams will be permitted to use the Australian Grand Prix allocated tyres for these additional sessions, which had otherwise been banned from use at a race meeting.

"How we handle the tyres post the Grand Prix is always complex," White said.

"Teams haven't been permitted to use them at another meeting since, so we've created an opportunity to utilise them without teams having to compromise the tyres they have set aside for the Sydney Motorsport Park and Ipswich events."

Most teams have confirmed co-driver pairings, though Lucas Dumbrell Motorsport has kept quiet on who will pair with Tim Blanchard in the CoolDrive Commodore.

Jonathon Webb is expected to again pair with Shane van Gisbergen, as is David Russell with Rick Kelly.

2015 Sydney Motorsport Park SuperSprint  ›
Stay In The Know
Sign up to the Virgin Australia Supercars Championship Newsletter
We use cookies to ensure that we give you the best experience on our website. If you continue to use this site we will assume that you are happy with it.Ok