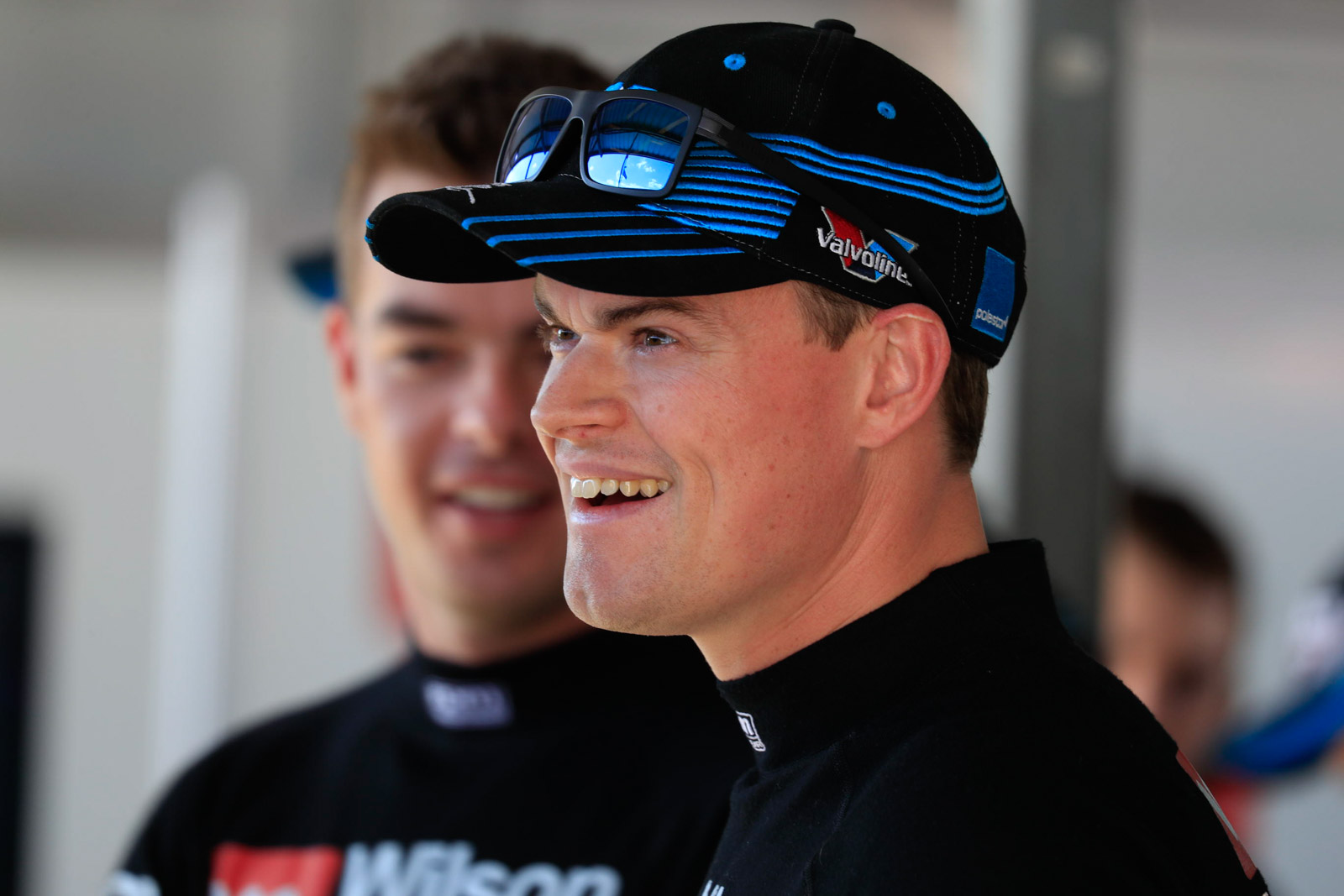 James Moffat has opened up about adjusting to life at Garry Rogers Motorsport this season after mixed results in his Volvo S60.

The race winning driver shifted to the Wilson Security-based team for 2016 and admits he is only now feeling comfortable in the group – which includes good friend Scott McLaughlin as his teammate and benchmark – as he comes to grips with the car and his results.

Moffat and GRM general manager Barry Rogers spoke about the 32-year old’s experience so far with the team on last night’s episode of Supercars Life, after a tough run for Moffat at Queensland Raceway. His best result this season was seventh in the first race at Phillip Island back in April, while McLaughlin won both races at the Victorian circuit.

“The thing that has been difficult for me at times is I’ve struggled a lot with the car changing its balance a lot throughout a practice session or qualifying session,” Moffat said.

“There’s been quite a few times where in practice I’ve been reasonably close to Scotty – if not the same speed – and then we put new tyres on it, he finds a chunk of time and it’s left me scratching my head.

“It’s been frustrating but we just keep fronting up each round and doing the best we can.”

Moffat left the Nissan fold after three seasons – the team that helped him race to his first Supercars win in 2013 – but the results haven’t come as quickly as he may have expected.

“It’s been pretty character building so far this year struggling a bit, having lean results.

“I think everybody involved has probably handled that as best as possible but for me it’s been impressive in a way to see how the team’s handled it.”

It was an active off-season this year, with a number of drivers shifting teams – Moffat explained just how challenging it can be to settle with a new group.

“It’s probably taken me up until about now to feel comfortable around all the guys. I think when you’re starting new relationships that’s always the case,” he said.

“It’s always difficult to come in … day one and connect with people straight away – you take a bit of time to work out each individual. I feel probably more relaxed within the team, feel like I know everybody a bit better now and hopefully they feel the same with me.”

Rogers felt Moffat had slotted into the group well and described the second generation racer as a perfectionist.

“The fact is, he’s very disappointed with how he’s gone – and so he should be, he’s a professional race car driver and prides himself on results. To date, he’s struggling to get his mind around the Volvo,” Rogers said.

“Moff’s a perfectionist – he probably doesn’t want me saying this, but I do a bit of running and I often liken him to the bloke who can run along, you get a little stone in your show and you just ignore it and keep running. Moff, sort of, gets a stone in his shoe and it turns into a rock.

“He’s such a perfectionist. It’s a great thing to have, to be a perfectionist – but everything has to be spot on for him and he’s right on it. It’s getting his mind around it.

“I think we’ll see some good things for him in the final half of the season.”