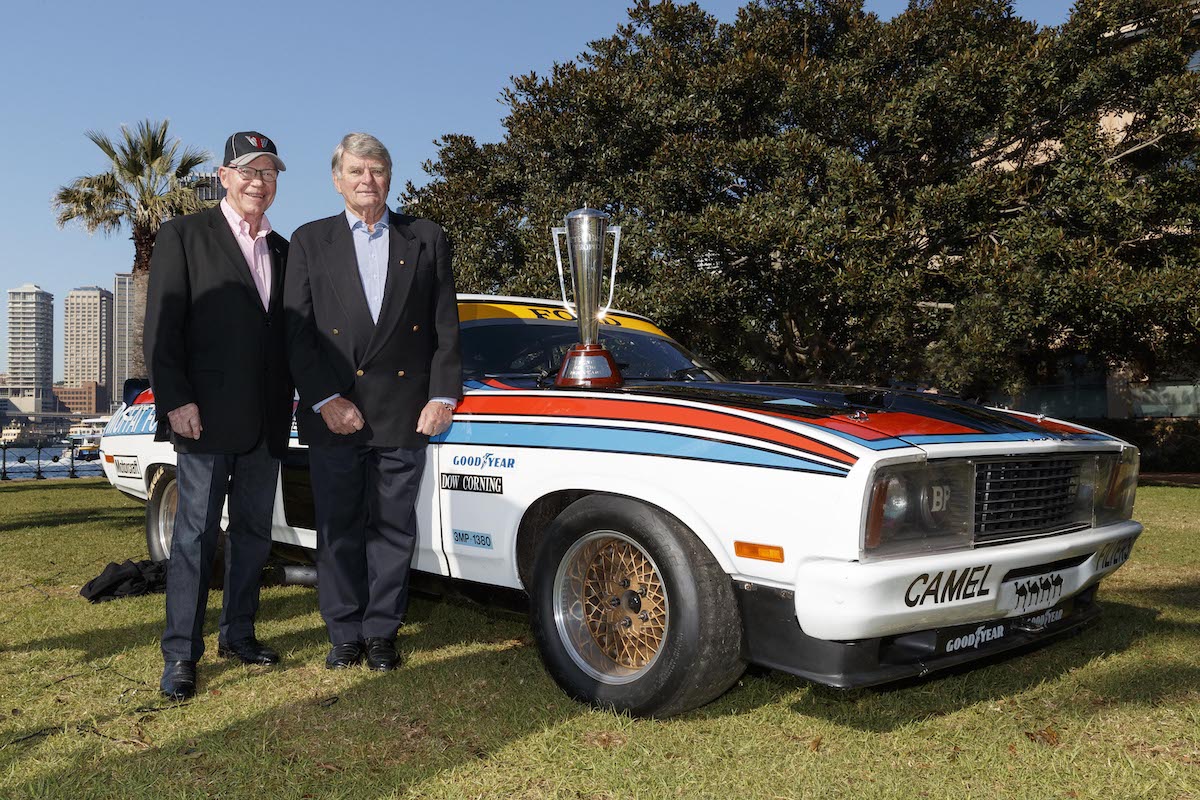 Forty years on, Allan Moffat and Colin Bond’s one-two finish remains one of the most iconic moments in the history of what is now known as the Supercheap Auto Bathurst 1000.

The form finish for the factory Fords is being celebrated this year as part of the ‘Heroes and Legends’ theme for the event, which was officially launched in Sydney this morning.

Amid a year of domination for the Moffat Ford Dealers Ford Falcon hardtops, Moffat led Bond to the chequered flag by a matter of metres.

It is one of three one-two team finishes in the race’s history, with the Holden Dealer Team and Triple Eight repeating the trick in 1984 and 2010 respectively.

The Canadian-born Moffat, now 77, moved to Australia 60 years ago and went on to record four Bathurst wins and four Australian Touring Car titles during an illustrious career.

“I worked hard all my life from 1960 onwards and had a lot of good fellows who worked non-stop,” reflected Moffat at today’s launch.

“The combination when Colin got with me, we were extremely lucky the way it all unfolded and Bathurst is the kind of place where things just don’t unfold.

“There’s always a boogeyman on top of that part of the world. I’ve been delighted to be associated ever since.” 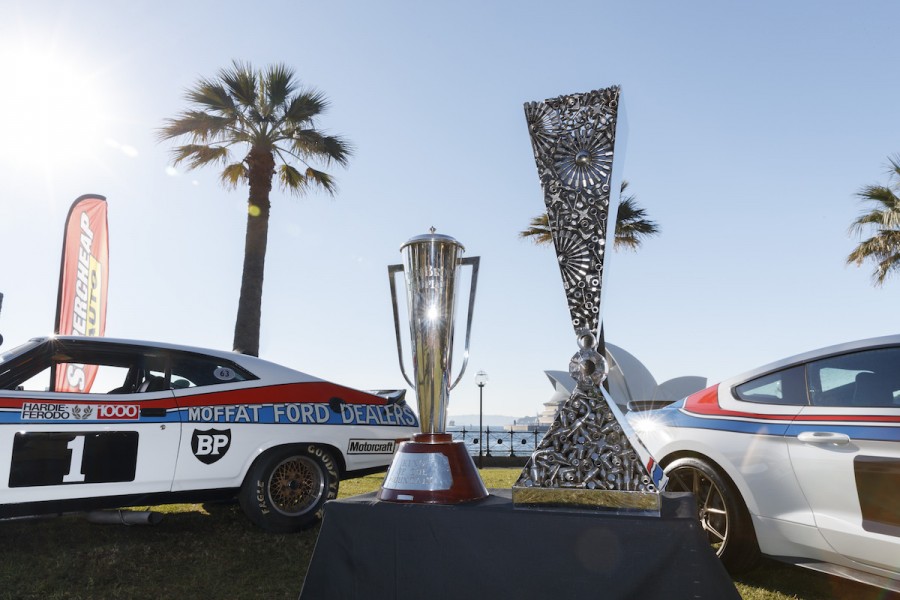 The boogeyman for Moffat in ’77 was brakes, with big Falcon struggling to stop in the closing stages after co-driver Jackie Ickx’s stint in the car.

Moffat says he’s forever appreciative of Bond, who shared the #2 entry with Alan Hamilton, slowing down and ensuring the form finish.

“Some of the people that go there that think it’s easy, they find out in a hurry that it doesn’t actually make it easy for them,” continued Moffat.

“Colin and I had a very good run that day. It’s quite nerve-wracking when you come around the corner for the last time.

“Colin could have passed me, but he didn’t, because he was second in command and a true veteran. He’s a guy that I’ve admired ever since.”

Moffat, whose son James currently races for Garry Rogers Motorsport, is scheduled to be at Bathurst but usually watches the Supercars races from home.

Amid a range of commercial interests, he recently announced a tie-up with Tickford to sell a limited batch of ’77 Bathurst-inspired Mustang road cars.

Moffat is disappointed that Ford has not backed the push from Prodrive and Shell V-Power Racing to have Mustangs join the Supercars grid.

“It’s hard to understand how the Ford Motor Company works with that,” he said.

Moffat’s legend was built racing Fords in the ‘60s and ‘70s before he went on to drive factory Mazdas and eventually HDT Commodores in the mid-‘80s.