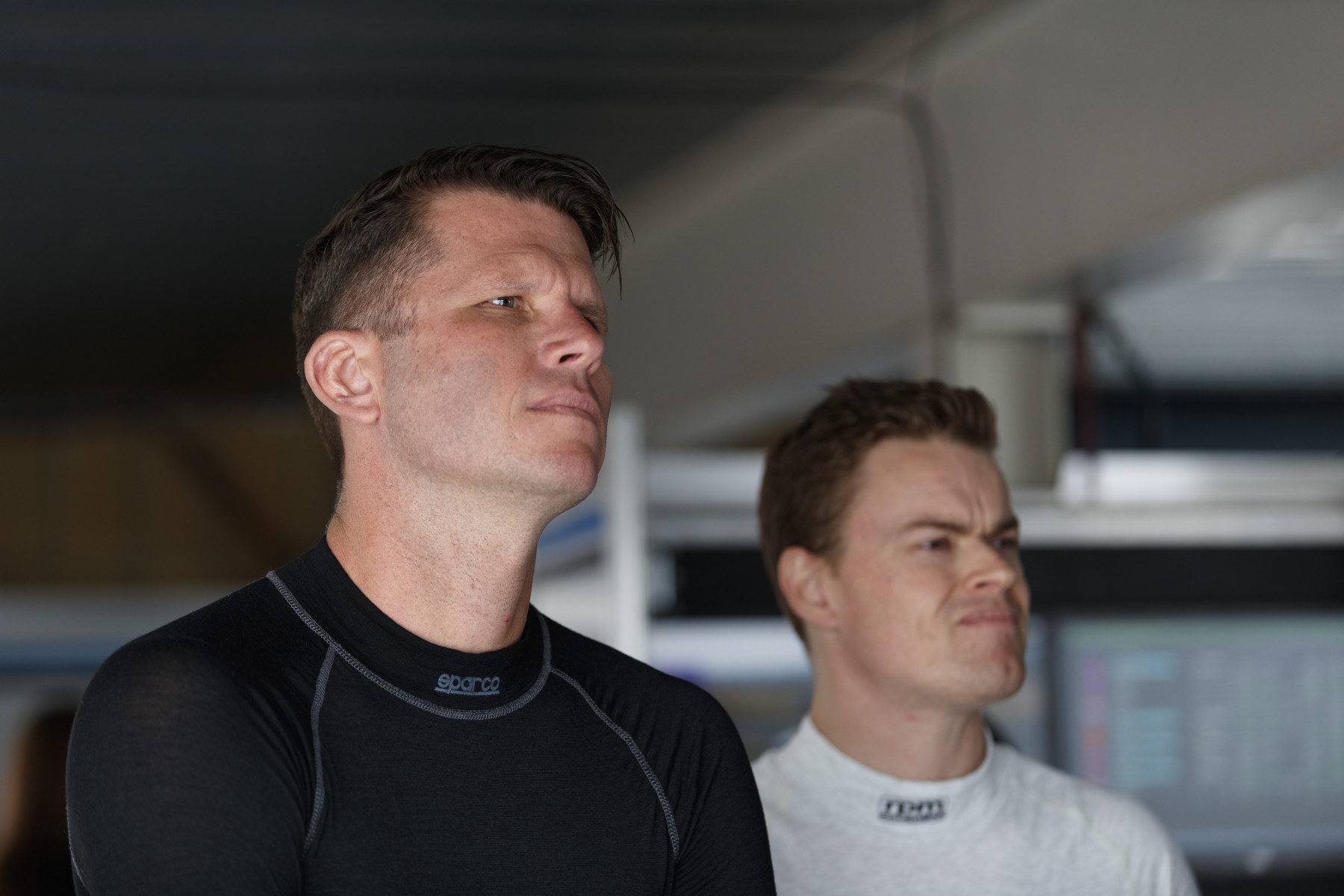 Garry Rogers Motorsport driver James Moffat says a shared setup style between he and team-mate Garth Tander is helping him make the most of the squad’s switch to Holden Commodores.

While former team-mate Scott McLaughlin was proved a race winner in the team’s Volvo S60s, Moffat was one of three drivers of car #34 who failed to match the Kiwi’s results.

With the arrival of Tander to the team and the switch back to VF package, the one-time race winner says he’s able to get the new car to better suit his driving style.

Moffat scored his best since joining the team in 2016 with a fourth place in Sunday’s race at the WD-40 Phillip Island 500.

“Every time we drive the car, not only myself but my engineer and the whole team, we get more of an understanding of what the car likes and doesn’t like,” he told Supercars.com.

“I think the other thing that is also helping is the fact Garth and I like similar things in the car, so we can both work on different areas of the car and both know if we like something or don’t like something, there’s no point in the other car trying that. It’s something we didn’t have last year.

“We had two different drivers who liked different things in the car, so it was difficult at times.

“There’s no doubt that with the Volvo, apart from a few races we never got it in a setup window that was where I wanted it to be.

“Scott was able to get that package to work. So he should, because it was essentially built around him. It wasn’t a surprise he was quick in it.

“Whilst we didn’t do it on a regular basis, the few times we were able to get the car where I needed it, we were as quick as Scott.

“The Commodore just seems to do things differently to what the Volvo did. So far I’ve responded well to it.

“I think we’ve still got good improvements to make in the car which is encouraging.”

Despite Tander sitting sixth in the championship and Moffat 10th, the team is still yet to extract the most of the Commodore package.

“It has quite different characteristics to what the Volvo had and what it liked,” Moffat added.

“I’ve been impressed with the engine package and driveability.

“The reliability has been strong so far which is something we didn’t really have, especially on my side of the garage, last year.

“The fuel economy has been a big eye opener for us as well, so that opens up more strategy options we didn’t have at our disposal last year with the Volvo.

“At the moment we’re struggling for a bit of one lap speed in qualifying.

“I think our race pace and our ability to move forward in the races has been strong. We’re just starting too far back.

“Part of that is the nature of how competitive the category is. But there’s some traits in the car we can improve on that will help our qualifying speed.”

GRM team director Barry Rogers explained Moffat has found the Commodore an easier package to drive than the S60.

“He’s been real positive around the team,” he told Supercars.com.

“He finds the stability of the car a bit better. He found the Volvo a little twitchy.

“Garth and he fit in well together and give similar feedback.

“There’s nothing worse than if the cars aren’t going well and the drivers are giving different feedback.

“His ability to get his head down and bum up and not be put off by a poor qualifying performance and to race forward has been good.”