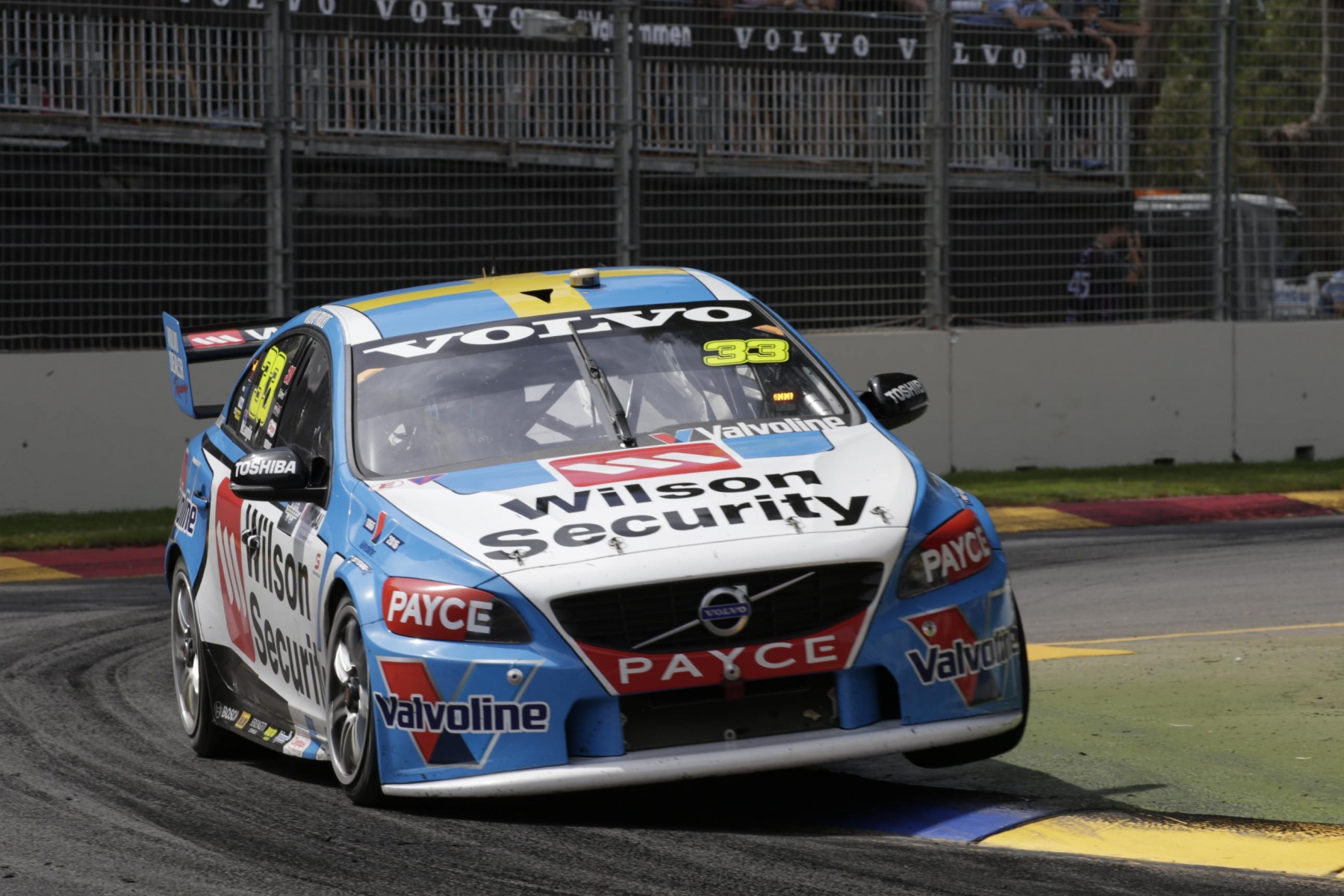 Qualifying has been one of contrasting fortunes for Volvo with Scott McLaughlin topping the time sheet as his teammate James Moffat slipped to last after a reported power steering failure.

McLaughlin pieced together his 1min20.4055 in the final stage of qualifying to knock off yesterday’s pole man and rival Chaz Mostert by 0.56 seconds.

The power steering issue for Moffat defined the session, bringing out the red flag with nine minutes to go and catching out some of the teams and drivers.

His Volvo dumped oil on the racing line heading into the final turn, before he pulled over near pit exit to be retrieved. His best time had only been good enough for P24, though he’ll be pushed to last for bringing the red flag.

It was the usual dash for one lap in the final seconds of the qualifying session, but McLaughlin came out best and will run last in the following ARMOR ALL Top 10 Shootout.

“I didn’t make it easy for myself at all – it’s a credit to the guys. Great car just have to go good in the shootout,” he said.

“My teammate’s meant to help me, unfortunately that wasn’t the case! Bad luck for him and the boys…. I can’t believe we’re where we are I was a bit worried there for a minute.”

A surprise inclusion in the top 10 is Prodrive young gun Cameron Waters, who finished 10th.

“I’m just rapt to be in the shootout, I didn’t think I’d make it,” Waters said.

“I’ve done one shootout in New Zealand in SuperTourers so I’ll just see how I end up … I just want a clean lap.”

A surprise omission from the top 10 was Craig Lowndes, who starts from 17th today and was caught out with tyres after the red flag. Garth Tander narrowly missed out in 11th.

His teammate and yesterday’s winner James Courtney scraped through in ninth, though his crew dealt with an engine bay fire during the session.

He narrowly escaped a collision in pit lane when the Triple Eight cars were pushed out in his path.

Both DJR Team Penske cars made the top 10, as well as Rick Kelly’s Nissan and yesterday’s race one winner Jamie Whincup.

The cars will run in reverse order in the ARMOR ALL Top 10 Shootout in half an hour’s time.

Courtney: ‘I wouldn’t have won in last year’s car’