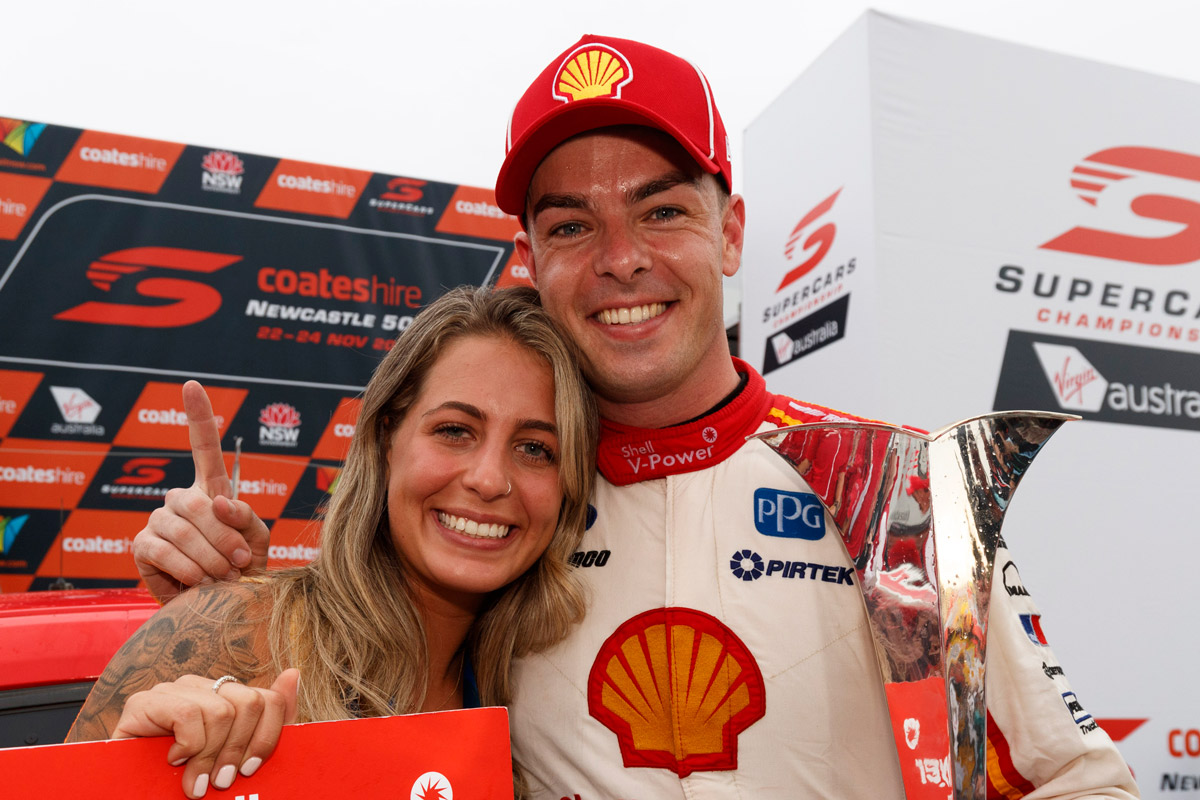 Scott and Karly McLaughlin have revealed their chance first meeting and the little while lie that came with it.

Already established as a star of Supercars as a multiple race winner for Garry Rogers Motorsport, Scott headed abroad in 2016 for a boys’ trip revolving around the Las Vegas Karting SuperNationals.

The time spent in the American entertainment hotspot would change his life.

“I was mechanicing in 2016 for a friend at a go-kart race in Vegas, so we went over there,” the now two-time Supercars champion recalled alongside Karly in a social media video.

“It was a bit of a boys’ trip plus doing the go-karting stuff.

“So about three of us went across and the first night we decided to head out, and one of my friends knew Karly’s best friend.”

New York native Karly was on her first visit to Vegas.

“So I went with one of my best friends and she’s been into go-karting her whole life,” said Karly.

“She was like, there’s this massive international tournament and I was like well any excuse to go to Vegas really, I’ve never been.

“She knew Scott’s friend through social media or whatever, then we hung out the first night. And it was clichéd, but love at first sight really. 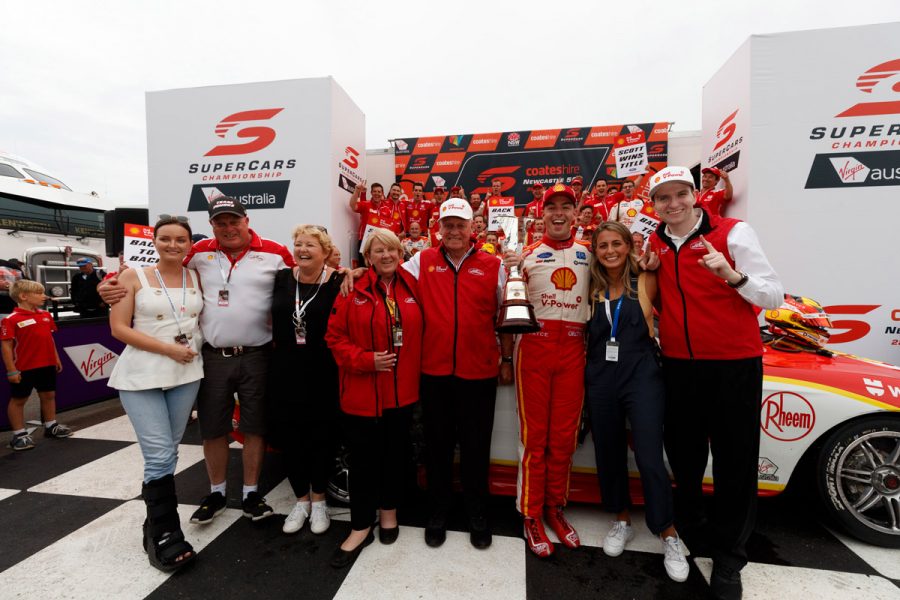 “We asked what each other did and you said you were a mechanic and I was like ‘oh OK, cool, whatever that means’.

“Next couple of days I followed him on social media and he had like 40,000 followers at the time and I’m like, ‘what?’ No one I knew has that many followers on Instagram, so I was like, ‘oh weird’.

“Yeah, I didn’t really quite get it until I first visited in April and went to Phillip Island and then I was like, ‘oh, so you’re kind of like a big deal, you’re pretty good at this’.”

“I went there [to Vegas] for a boys’ trip basically and then had four days of just hanging out with Karly. It was awesome,” Scott added.

The video was filmed as part of a series for Thirsty Camel.

McLaughlin will resume his title defence at the BP Ultimate Sydney SuperSprint this weekend.