Scott McLaughlin took a record-breaking win in a chaotic Sunday leg of the ITM Auckland SuperSprint at Pukekohe.

The #17 Mustang’s 17th victory of the year, the most ever in a single Supercars season, came after an early Safety Car period turned the 70-lap race on its head.

Jamie Whincup had led the race’s early stages but, having already pitted, was not the leader when the Safety Car picked him up on lap 15.

Whincup dramatically elected to illegally pass the Safety Car, for which he was dealt a drive-through penalty, eventually finishing 16th.

The scenario had a knock-on effect through the field, with Tickford trio Lee Holdsworth, Cameron Waters and Will Davison among the front-runners dumped outside the top 10.

Through it all came McLaughlin, bouncing back from a difficult Saturday to lead home Shane van Gisbergen and Chaz Mostert, who narrowly held off Nick Percat for third.

Greeted by previous wins-in-a-season record holder Crag Lowndes in victory lane, McLaughlin said: “I completely forgot about it [the record]!

“I wanted so badly to do this on New Zealand soil and I’m stoked.

“Really proud of our team to be up there with a guy like him (Lowndes).

“I’m a lucky guy driving a cool car and just a proud New Zealander trying to do my thing.” 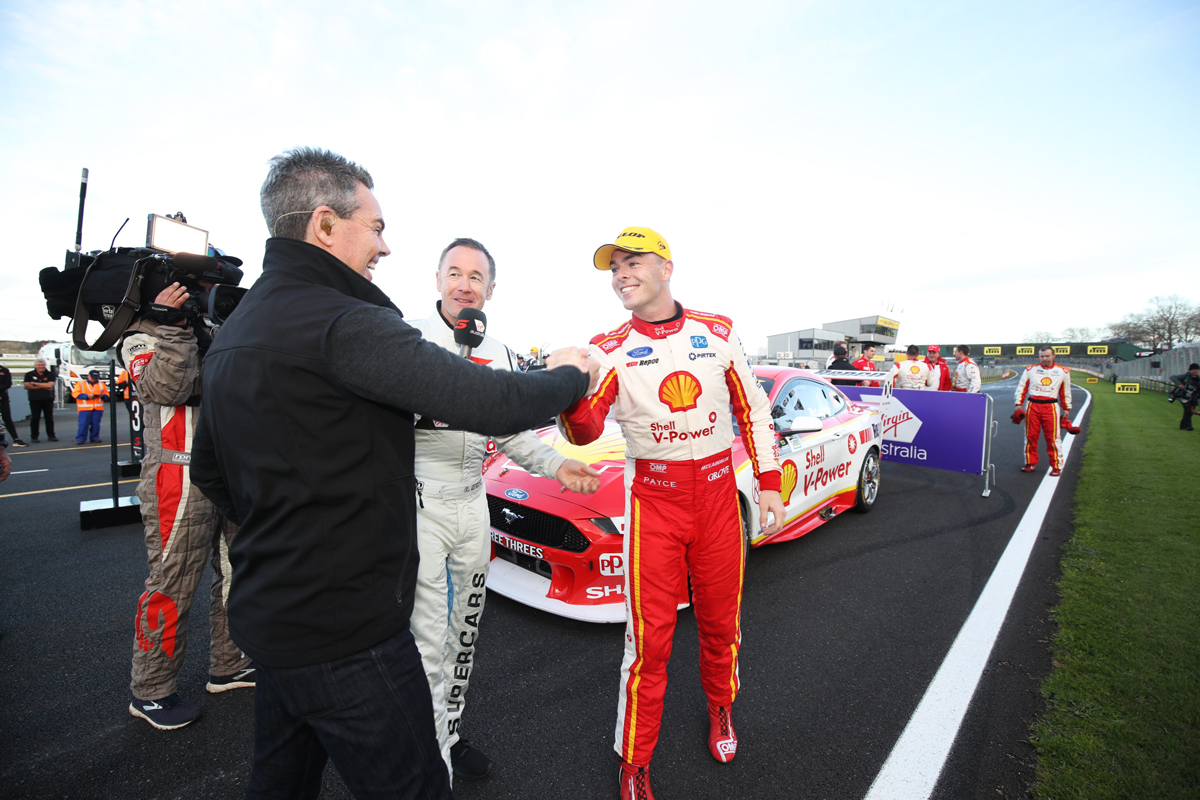 Off the start, Whincup held the lead from ARMOR ALL Pole ahead of Holdsworth, Fabian Coulthard, Waters, McLaughlin, van Gisbergen and Mostert.

Whincup stayed out front until lap 12, pitting with a four-second advantage over McLaughlin, who continued to be pursued by van Gisbergen and Mostert.

David Reynolds had meanwhile been charging from the back of the field after his crash in qualifying and, with the early stops, made it to 10th after 11 laps.

The Penrite Racing Holden then ground to a halt with a throttle issue, triggering the Safety Car that would define the race.

While those who had not yet pitted filed into the lane, the Safety Car was dispatched onto the circuit ahead of Whincup..

Whincup elected to pass the Safety Car, despite the fact it had its yellow lights flashing - a move that would earn him a drive-through penalty.

Free of the Safety Car, Whincup charged around the circuit, overtaking all of those who were in pitlane to once again head the field.

Holdsworth and the rest of the pack meanwhile stayed behind the Safety Car until eventually being waved through, by which point the other stoppers had filed back onto the track.

Holdsworth and Waters were dumped back to 11th and 12th as a result, much to the frustration of Tickford boss Tim Edwards, who labelled the scenario a “monumental stuff-up”.

Coulthard and Davison were among others shuffled back in the confusion, and restarted at the rear having pitted again under the yellow to top-up their fuel.

While those in pitlane tried to unravel the confusion, the race settled into a rhythm until the second round of stops proper kicked off on lap 32.

Leader McLaughlin made his second stop on lap 40, rejoining almost four seconds clear of van Gisbergen, who had been in one lap earlier.

Van Gisbergen had spent his outlap holding off a determined Mostert, who’d taken his final service on lap 35.

McLaughlin regained the outright lead on lap 51, when Percat finally made his second stop, rejoining in fourth.

The Shell Ford driver controlled the race from there, taking the flag 1.8976s ahead of van Gisbergen, with Mostert narrowly holding off Percat for third. 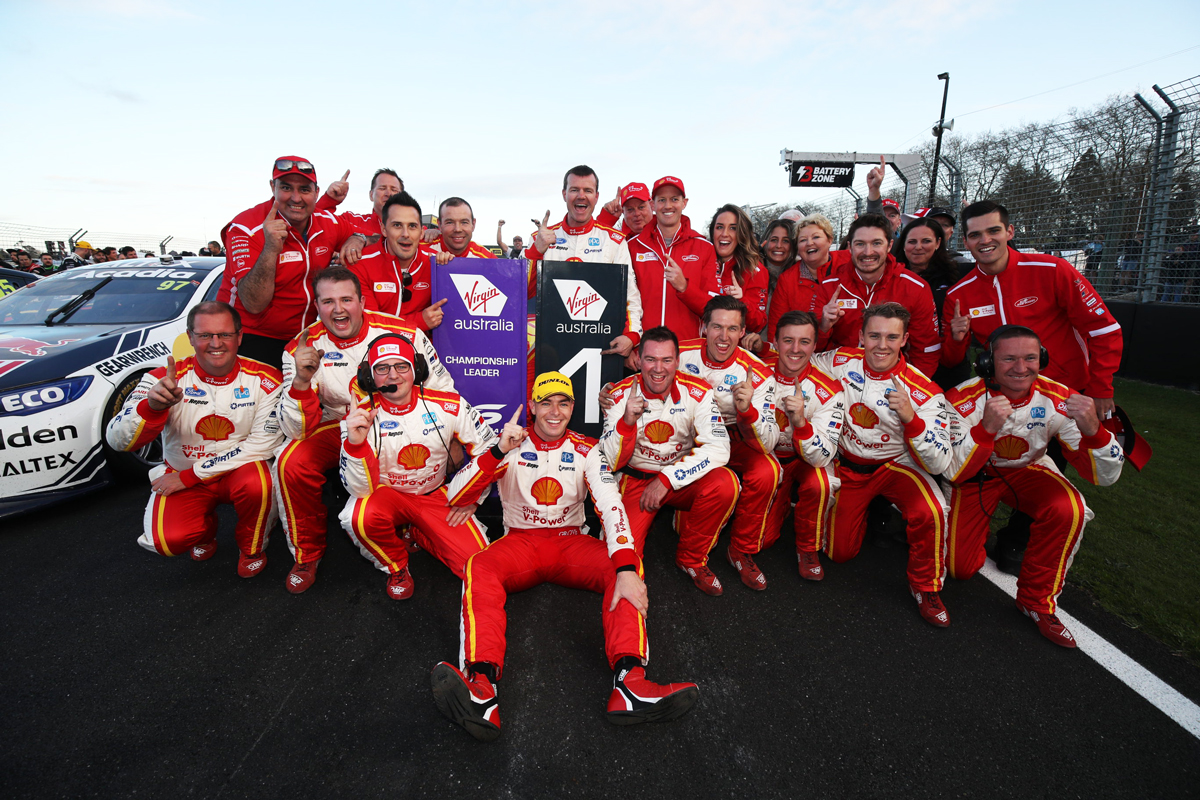 Fifth marked a career-best for Hazelwood, while Winterbottom crossed the line sixth, only to drop to eighth thanks to a 15-second penalty for speeding in pitlane.

That elevated Pye to sixth ahead of De Silvestro, also recording a career-best, while Boost Mobile Racing pair Richie Stanaway and James Golding completed the 10.

All hurt by the Safety Car issue, the Mustangs of Coulthard, Davison, Waters and Holdsworth filled 12th through 15th, followed home by Whincup.

Reynolds returned to the track after his early drama to score points for last place, completing 54 of the 70 laps.