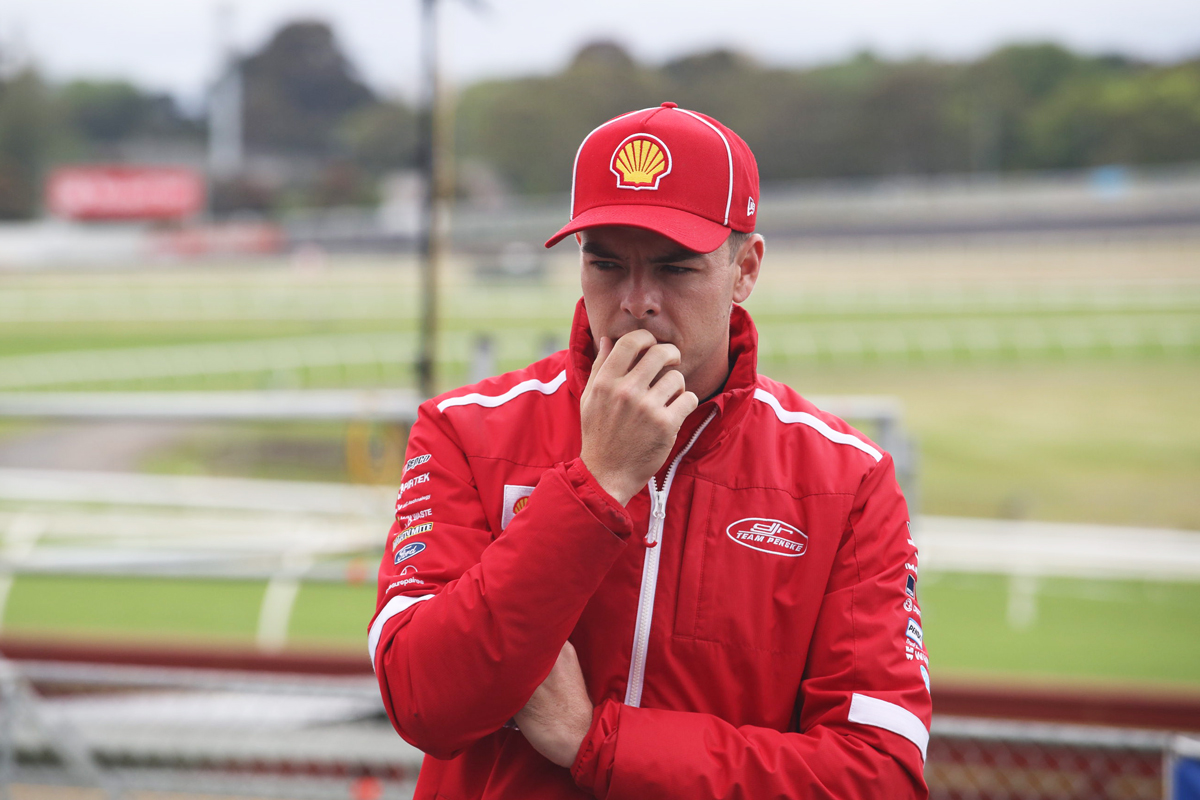 Scott McLaughlin says he’ll ‘keep a lid’ on championship celebrations until the season finale in Newcastle finale, after wrapping up his second title with an event to spare.

A ninth-place finish from the rear of the grid in the Penrite Oil Sandown 500 was enough for the Shell V-Power Racing driver to lock away the crown.

The rear-of-grid start came as part of a slew of penalties issued prior to the race, after the team was found guilty of breaching engine rules during the Bathurst event.

McLaughlin described the scenes within the team after securing the title as “pretty subdued”, stressing a focus on securing the teams’ title in Newcastle.

“We'll celebrate, but we don't want to take anything away from Triple Eight and what they did today,” he said.

“We've got our time to celebrate in Newcastle, and bloody oath we will.

“I love that track, I love going there, we're always fast... if we could have a couple of race wins that'd be awesome, that's when we'll do our celebrating.”

Amid the controversies that have unfolded since Bathurst, McLaughlin said he’s proud of his team’s achievements in 2019, which have included 18 wins from 30 races.

“My tough month's a lot better than others, that's for sure,” he said.

“But off-track it's been political. Unfortunately for the sport it's been like that all year.

“We're just going to have to push on and fight them off, because I think we've fought off a lot this year.

“And I think we've done a good job to stay together as a team.”

McLaughlin said he was not driving conservatively in today’s race to secure the title, noting an early penalty for a pitlane infringement had cost he and co-driver Alex Premat.

“We had a 15-second penalty and still came ninth,” he said, with the team having dropped the car off its jacks before the fuel filler was disconnected.

“Alex struggled a bit with the car balance in his stint. I got in, it wasn't too bad but it wasn't the best.

“But I still felt like we were on a decent strategy with what we call ‘happy driver’; you go longer and have better tyre at the end. I enjoyed that, passing a few cars.”