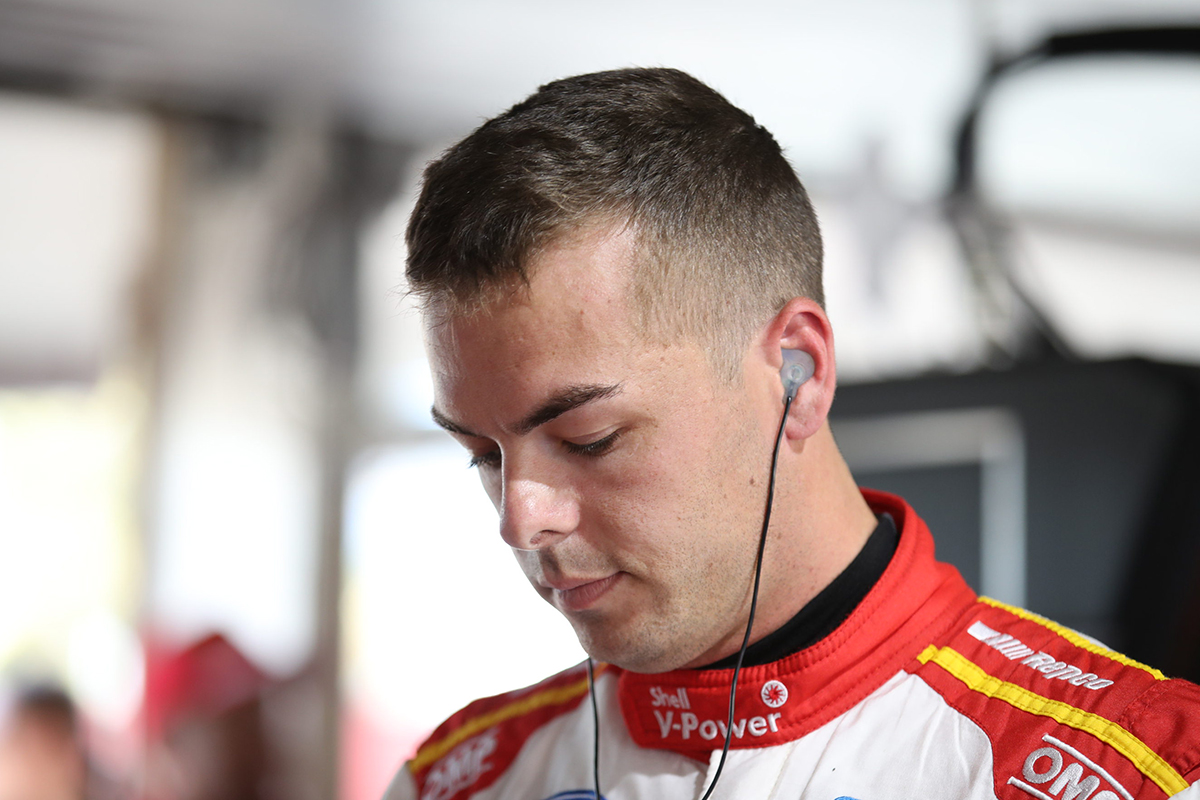 Scott McLaughlin’s unbeaten run in 2019 has ended in bizarre circumstances, crashing out on the way to the grid for the third heat at the Beaurepaires Melbourne 400.

McLaughlin and second-placed qualifier Cameron Waters made contact on the outlap to the grid, damaging both Mustangs to the extent they could not start the race.

Waters had been passing McLaughlin at the exit of Turn 5 when the left-front of the Monster entry and the right-rear of the Shell car made heavy contact.

Both drove back to their garages, McLaughlin slamming his steering wheel in frustration, before the teams declared the damage too great to repair in time to join the race.

Speaking to the television broadcast shortly after exiting his car, McLaughlin felt Waters was to blame for the clash.

“What do you do? I’m gutted more so for our fans, our sponsors, Shell V-Power, our team, our guys,” he said.

“I’m just driving around to the grid, warming up my tyres like I have been all weekend.

“Those guys come out blazing all the time, I understand they need to get to the grid, but I just had no idea he was there.

“I was just doing my normal thing and then all of a sudden whack, and what do you do?”

Asked about who was at fault, he added: “I certainly don’t think it’s on myself.

“I’m the car in front, I’ve got mirrors and stuff, but I was doing exactly what I was doing in all the other corners.

“I was doing my procedure. I understand that he was doing his as well, but I had slowed down a fair bit before I got hit, and then it all happened.

“I haven’t seen the vision from his car, but from where I stand, I’m expecting an apology.”

Waters also gave his version of events, saying McLaughlin must shoulder a portion of the blame.

“I was just kind of following Chazzy [Mostert] to get to the front, just so the boys have more time to bleed tyres [on the grid],” he recounted.

“I was passing a few guys and then out of [Turn] 5 I stayed hard right to pass Scotty.

Asked if he was taking the blame, Waters added: “I was hard right, so I was on the edge of the track.

“When you think a car has seen you and is going straight, you don’t know which way else to go.

“I’m not taking the full responsibility for that, that shouldn’t happen.”

The McLaughlin/Waters clash left the front-row of the grid vacant, with Brad Jones Racing pair Tim Slade and Nick Percat leading away from row two.