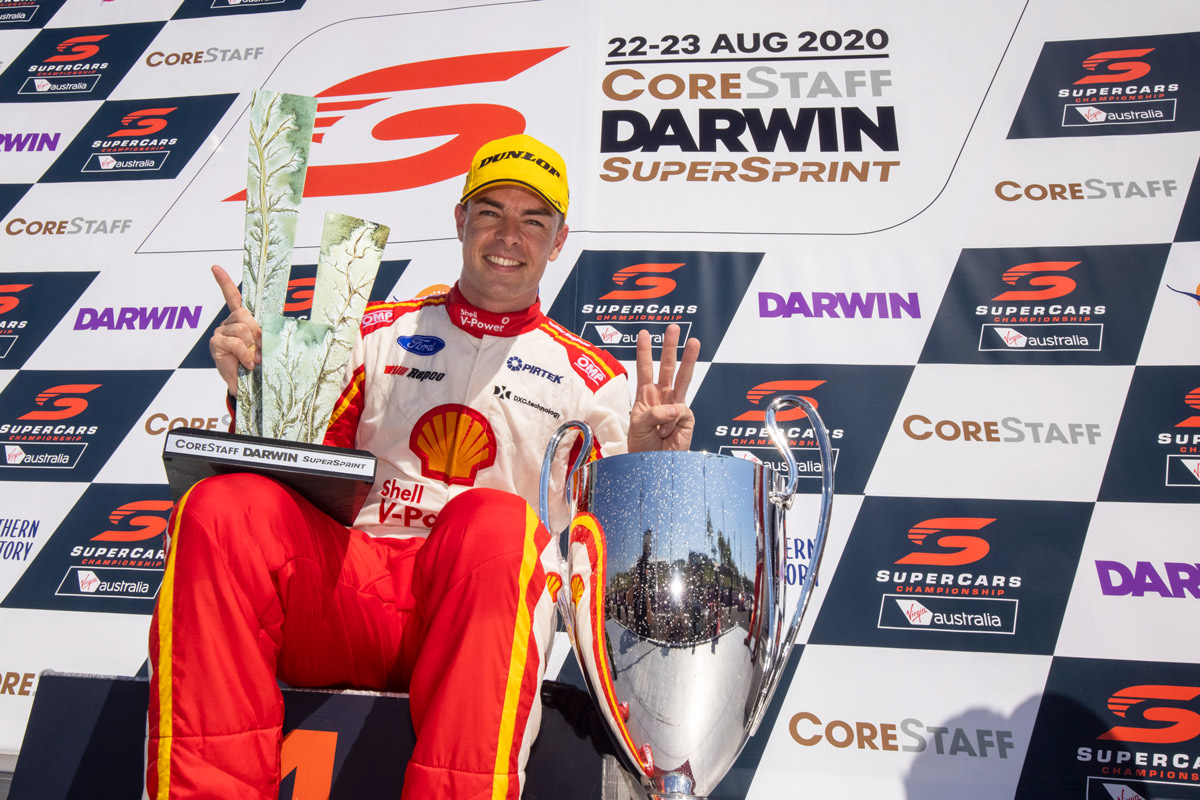 Scott McLaughlin is hoping to avoid having the Supercars title go down to the wire in a Bathurst decider, after extending his lead with a hat-trick of wins in Darwin.

The two-time defending champion made the most of a return to a more conventional tyre format at the weekend’s CoreStaff Darwin SuperSprint, romping away to three victories.

In the process, he extended his series lead over nearest rival Jamie Whincup from 101 to 177 points as he targets a third-straight Supercars title.

Shane van Gisbergen, who has finished runner-up to McLaughlin in each of the last two years, is third but a full 345 adrift, making the 2016 champion an outside chance.

Complicating this year’s title battle is uncertainty surrounding the remainder of the schedule, including how many events will be completed.

A Townsville double-header is confirmed to take place over the next two weekends, with another two events at Queensland Raceway and then a Bathurst decider widely mooted.

Asked about managing his title tilt amid the unknowns, McLaughlin said: “We’ve got to be smart with how we approach it. We’ve got a good gap at the moment.

“It’s a race at a time, but the first person to beat is the #88 with Jamie and then after that it’s just important we maximise our car pace.

“If we can come into Bathurst, which potentially could be the last round, with a pretty hefty lead and we don’t have to do much to bring it home at a race that’s full of variables, that’s ideal.” 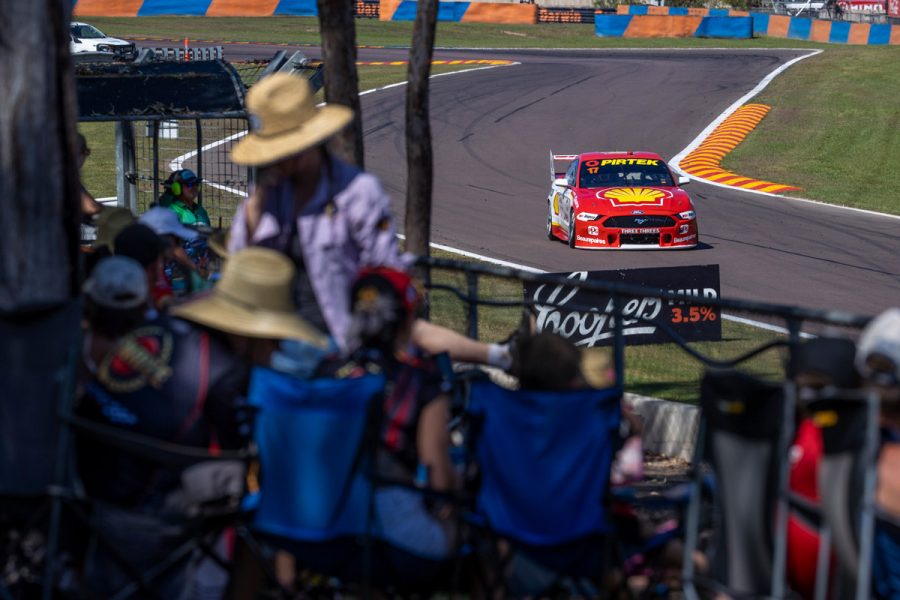 Whincup’s status as McLaughlin’s biggest rival marks a change from the last two years, with the seven-time champion enjoying somewhat of a resurgence in 2020.

The 37-year-old won his most recent title in 2017 when McLaughlin stumbled at the Newcastle decider.

“Jamie is always there,” said McLaughlin, after van Gisbergen and Whincup finished second and third respectively in the weekend’s round tally.

“They’re a team that always bounce back, at Townsville they’re always fast, they’ve got six races there to have a big crack, so it’s going to be very interesting.”

Given his speed, McLaughlin unsurprisingly prefers the all-soft tyre format used on the weekend to the mixed compound mayhem of the previous two events.

The all-soft format is confirmed to be used again in Townsville, where McLaughlin expects the racing to be more exciting than in Darwin.

“I think it’s great for the sport what’s been going on [mixing up the results with the tyre formats], but I do like proving our car pace,” he said.

“There’s a lot of hard work that goes into how fast our cars are and being able to prove and show that is always a good thing for us and a proud statement for our team.

“It will be interesting when we go to Townsville because there’s deg [tyre degradation] there, where here there’s not. I think you’ll see more of a strategic battle with the tyres.

“We all said there’s not much deg [in Darwin] so the racing is going to be a bit bland and to be honest the racing last week was alright, but it wasn’t as crazy as Sydney.

“But once you get a bit of deg going... you can drive hard and pass cars but you can get punished for that as well, so I think we’ll see more of the story next week.”

McLaughlin now has 51 Supercars Championship race wins, having surpassed Peter Brock for fifth on the all-time winner’s list on Saturday.