Scott McLaughlin set the pace in an opening practice session at the OTR SuperSprint which featured a series of off-track excursions.

The majority of the field found the grass on at least one occasion during the 30-minutes, but all escaped without damage.

McLaughlin recorded a 1:49.7988s 11 minutes in, which went unbeaten for the duration.

A late lap put Tim Slade second for Brad Jones Racing, breaking up a fleet of Ford Mustangs which appeared to revel on the high-speed layout. 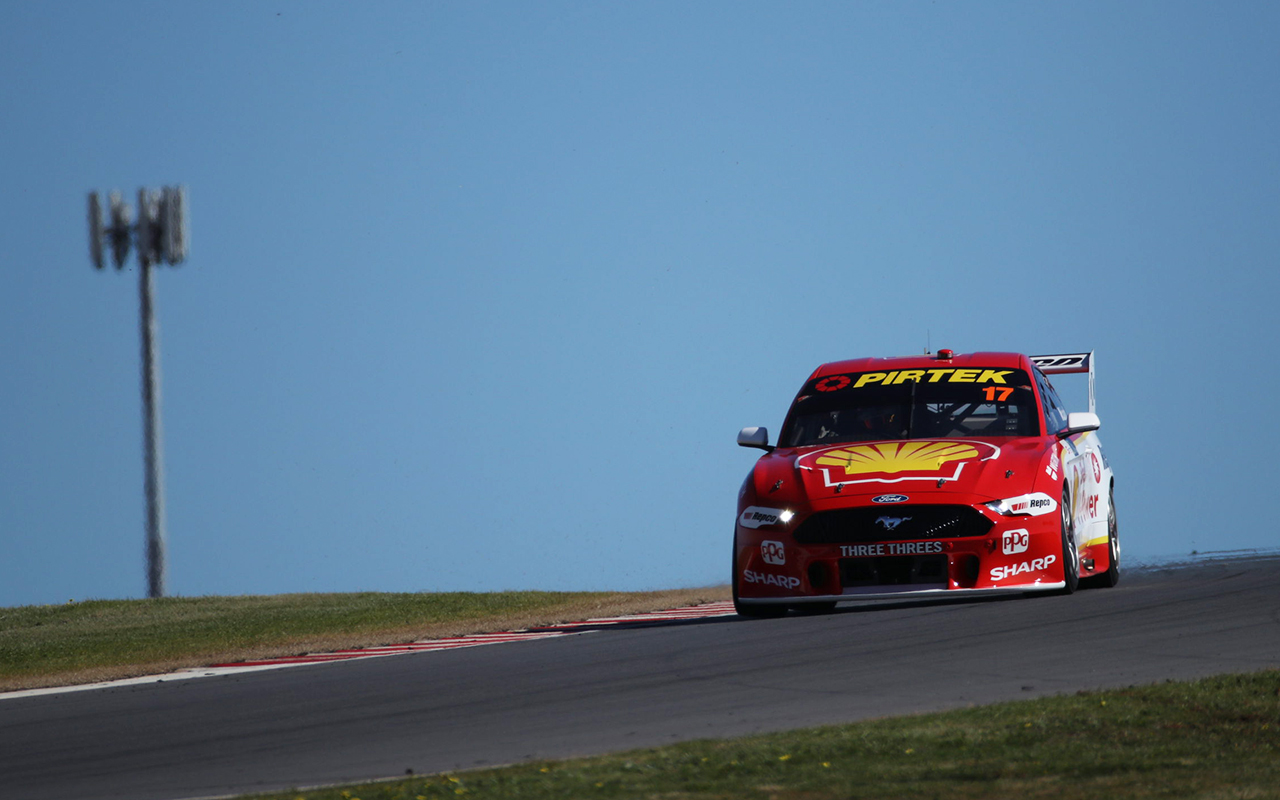 Wildcard runner Randle had topped the earlier additional driver session as he prepares for his Supercars debut.

“We didn’t have any green tyres on and to get to the top of the charts in the first time was fantastic.

“And that practice session was really good, I think we were running sort of top-five there on the old tyres and then we actually did a green run just to give me more experience and it went really well.

“I had a massive inside front lock into [turn] six and lost a bit of time, but it’s just awesome to be here and to be out there with those guys felt really cool and just surreal.”

Slade meanwhile downplayed his form, which comes on a circuit where Brad Jones Racing performed strongly in 2018.

“It was a difficult session to be honest, sort of struggling to see through the windscreen, as silly as it sounds with some tear-offs, they seemed a lot milkier than usual,” he said.

“We had a long brake pedal and some splitter vibration so it was all going on but we chucked some tyres on at the end there, and it wasn’t a fantastic lap, so I don’t take massive confidence out of it.

“It definitely feels a bit different to last year and it’s always tricky around here with the wind, so I guess we will just keep working away.”

David Reynolds ended up seventh for Penrite Racing ahead of Macauley Jones, Chaz Mostert and James Courtney, who was among those to have an off-track moment.

McLaughlin’s Shell V-Power Racing team-mate Fabian Coulthard was also down the order in 14th, and was another to find the grass.

Van Gisbergen and Coulthard nearly made contact in the early stages as the former headed to the pitlane for adjustments.

Richie Stanaway was 23rd in his first session back from an injury layoff, three places ahead of Boost Mobile Racing team-mate James Golding, who was at the foot of the order.