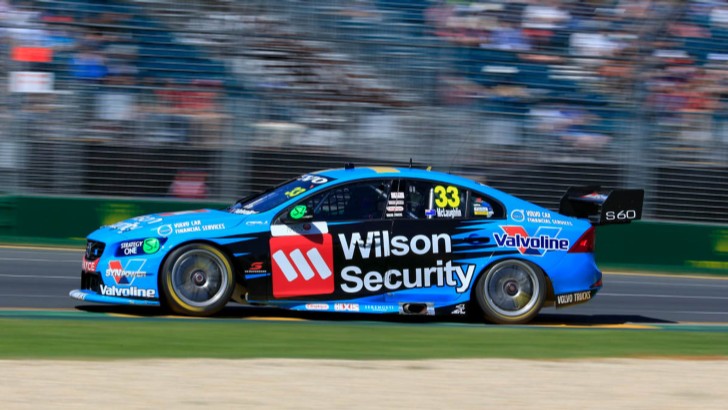 According to McLaughlin, the new chassis is being prepared for the upcoming Perth SuperSprint and showed promising form.

"It's just like when anyone down the street gets a new car - a new car is just better, everything about it is nicer," he told v8supercars.com.au.

"It's more refined, there's more technology, and it's just been updated and developed. It may not necessarily make us go faster, but it will definitely make us better."

While McLaughlin stayed mum on the differences between the chassis - telling v8supercars.com.au "if I told you, I'd have to kill you" - the kiwi revealed he was impressed with how well the new S60 responded.

Despite the extra track time that the shakedown provided, it didn't serve as a chance to address the squad's engine issues that have marred its campaigns of the Clipsal 500 Adelaide, the Australian Grand Prix and the Tyrepower Tasmania SuperSprint.

"For us, the shakedown wasn't really something we could gain from in that area," he explained to v8supercars.com.au.

"Polestar have the two engines over in Sweden and they're working hard on them at the moment.

"We didn't do any engine tuning or anything like that, it was just fundamentally chassis set-up and car prep."

McLaughlin sits 13th in the championship standings as he heads to the next round at the Perth SuperSprint, where he scored Volvo's first championship victory last year since the manufacturer rejoined the category.