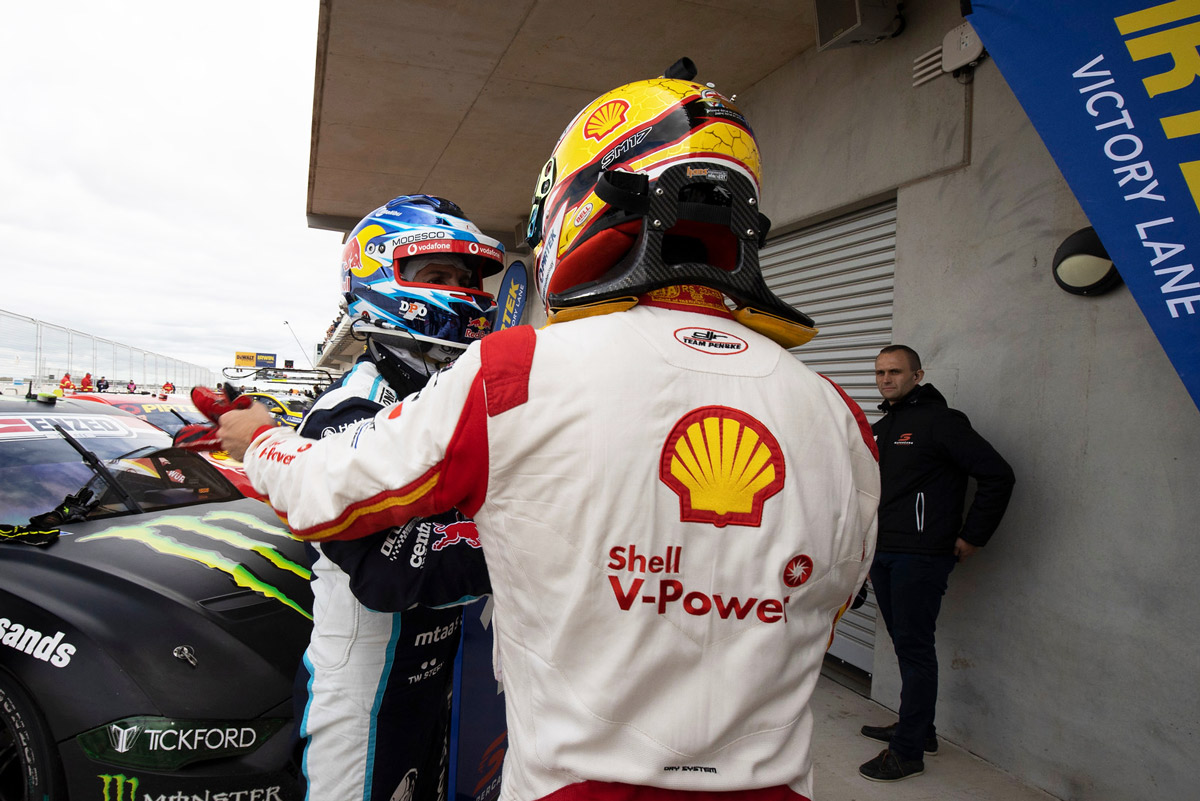 For McLaughlin to achieve his three-peat by defeating Jamie Whincup in a direct showdown added to the occasion of the weekend, as he sealed his latest crown a round early thanks to a dominant display at the OTR SuperSprint.

After all, Whincup was the man to snatch what would have been McLaughlin’s maiden title in 2017 at the very last moment, in a dramatic Newcastle decider.

There would be no such repeat this time around.

“It’s nice. I guess in some ways you’ve battled the guy that is probably the greatest of all time and for us to get one over him is a pretty proud moment,” McLaughlin said with reference to Whincup.

“Obviously 2017 everyone knows about the demons that I had to face and all that sort of stuff, especially in 2018.

“Bouncing back in 2018 was important but then I guess this year has been completely different for everyone and to battle Jamie all the way through and still win it with a round to go is a really proud moment for our team.”

McLaughlin boasts a phenomenal winning record from his eight Supercars seasons but he’s not counting on surpassing Whincup’s unrivalled tally of seven championships – whether or not he does go to IndyCar as rumoured.

“Jamie’s seven championships, I think anyone will struggle to beat that,” McLaughlin said.

McLaughlin will be paired with Tim Slade in the #17 Shell Mustang for his defence of the Peter Brock Trophy at the Supercheap Auto Bathurst 1000 on October 15-18.