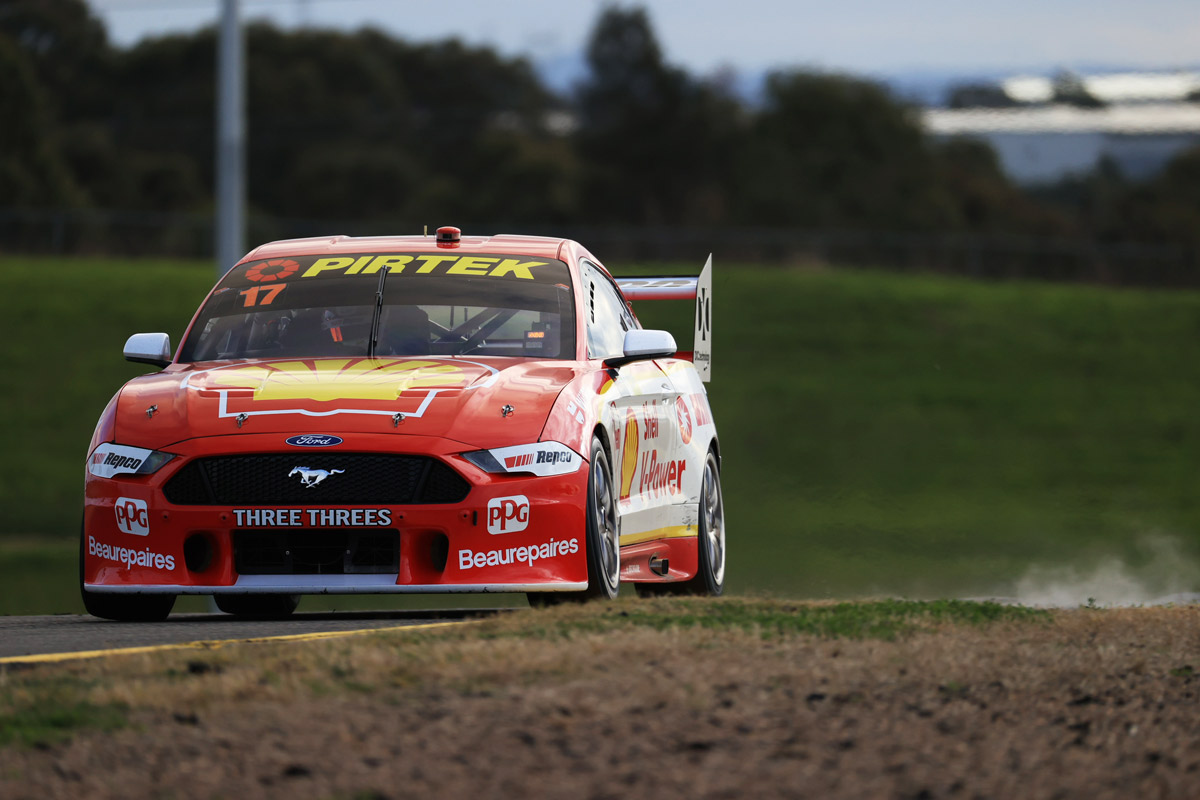 Scott McLaughlin made it two wins from three starts at the BP Ultimate Sydney SuperSprint with a commanding performance in the final race.

The Shell V-Power Racing driver capitalised on his ARMOR ALL Pole, easing away from Jamie Whincup during the first stint of the 32-lap race.

McLaughlin had a five-second advantage on Whincup when the Red Bull Holden pitted on lap 14; the Shell Ford covering that move by pitting next time around.

While McLaughlin rejoined only narrowly ahead he soon pulled away from the seven-time champion once again.

The only sign of a late challenge instead came from Lee Holdsworth, who eventually finished just 1.5s adrift of the winner to score his first solo podium since Winton 2014.

Holdsworth had dropped from fourth to sixth on lap one and was lucky to escape side-to-side contact with Nick Percat, before rising to the front with a long first stint.

He rejoined seventh when finally stopping on lap 18 and within six laps was up to second, sliding under Whincup at Turn 2.

By that point though McLaughlin was five seconds ahead and wouldn’t be denied his third win of the season, extending his championship advantage to 49 points.

“The car was so much better on its tyres that race,” said McLaughlin, who finished third in the earlier heat, won by Nick Percat.

“I think when everyone sort of evened out with the tyres and where we were, to be able to show our true pace over the long run was really good.”

Added Holdsworth: “It’s always good to be the one attacking on the way home. 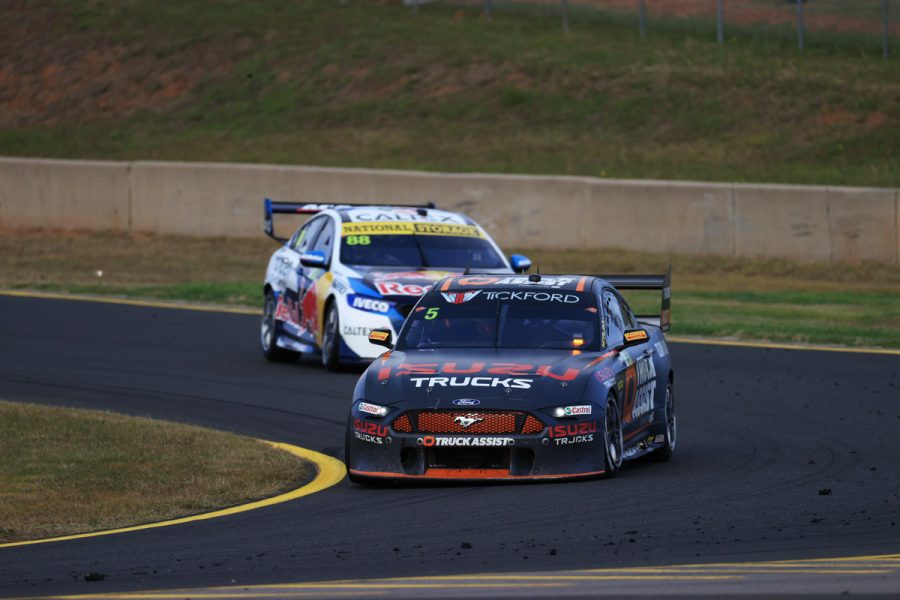 “I had a pretty wild start, I got up on two wheels hitting Percat at Turn 1 and I was just praying that I didn’t get any damage from that.

“The car came good probably mid-stint and I knew that it was going to hang onto its tyres and we were in a pretty good position considering we only took two tyres in the other races.

“I’m really stoked for my Tickford boys and Truck Assist Racing and all our other sponsors. It’s a good feeling.”

Whincup ended up a lonely third, 10 seconds behind Holdsworth and 13 seconds clear of fourth-placed David Reynolds.

Like in the day’s earlier race, van Gisbergen ran third on the opening lap but fell down the order, seemingly struggling on older tyres.

Hazelwood, who started fifth, used an early tyre advantage to pass Cameron Waters and then van Gisbergen and pressure Whincup before the pitstops began.

Holdsworth ended up as Tickford’s only top 10 finisher, with regular spearhead Waters enduring a difficult run to 13th.

Despite losing several places before his pitstop, Waters had been ahead of Holdsworth at the start of the final stint, only to lose pace with an apparent front-end issue.

Further back, Chaz Mostert endured a rough opening lap and lost one spot from his grid position to finish 16th.

Fabian Coulthard was the only non-finisher; his Shell V-Power Mustang having stopped on track on the final lap, leaving him to score a lift from Percat to return to the pits.

The 2020 Virgin Australia Supercars Championship will continue with the Truck Assist Winton SuperSprint on July 18-19.

Scott McLaughlin  ›
Stay In The Know
Sign up to the Repco Supercars Championship Newsletter
We use cookies to ensure that we give you the best experience on our website. If you continue to use this site we will assume that you are happy with it.Ok