The Shell V-Power Racing driver gave the incoming model the best possible introduction, leading from start to finish in the opening leg of the Superloop Adelaide 500.

He crossed the line with a 12.9651-second advantage, as Red Bull Holden Racing Team pair Jamie Whincup and Shane van Gisbergen rounded out the podium.

McLaughlin's victory was the 26th of his career, first in Adelaide and the Mustang's first ATCC/Supercars championship race win since Allan Moffat's victory at Oran Park in 1972.

Mustangs filled four of the top six places, even with a penalty for polesitter Fabian Coulthard, in a race run in searing conditions without a Vodafone Safety Car.

After taking his first ARMOR ALL Pole in nearly two years, Coulthard moved out of his grid box before the start.

He lost the lead to team-mate McLaughlin off the line in any event and was handed a 10-second penalty, served at his first pitstop on lap 10.

That left McLaughlin to build an advantage of six seconds over Whincup by the time the latter pitted on lap 19.

His lead grew gradually during the second stint, sitting at nine seconds halfway through the 78-lap duration.

It was out to 12s with 30 laps remaining, when Whincup made his second and final stop. 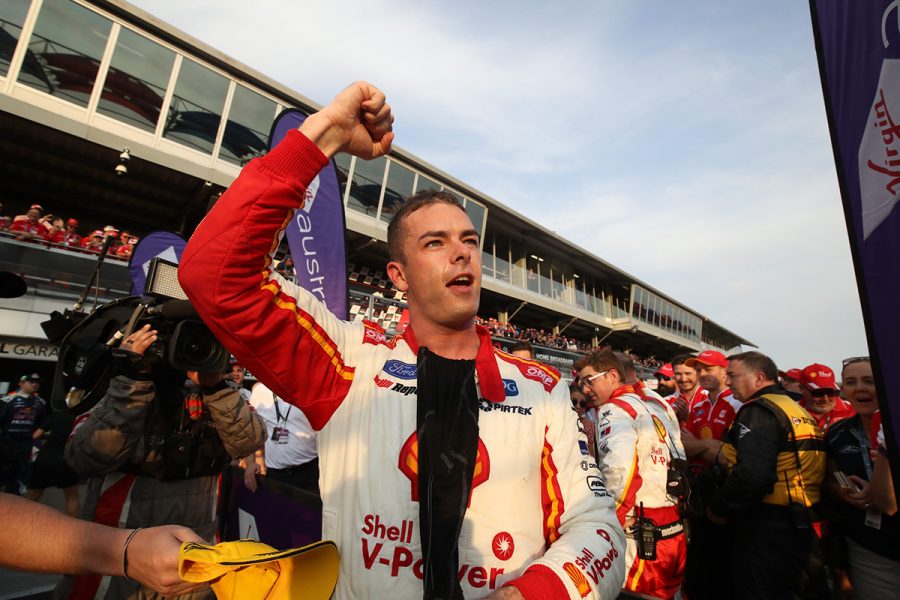 McLaughlin went another three laps before doing the same and emerged 15s clear.

The gap at the top was trimmed slightly during the run home, but McLaughlin still crossed the line 13s clear.

"That one’s for you Ford fans, first weekend for the Mustang," he said.

"We’re here, we’re here to party and we’re going to have a good time.

"It was really tough, [but] cooling and all that stuff was really good for us and I just brought it home. 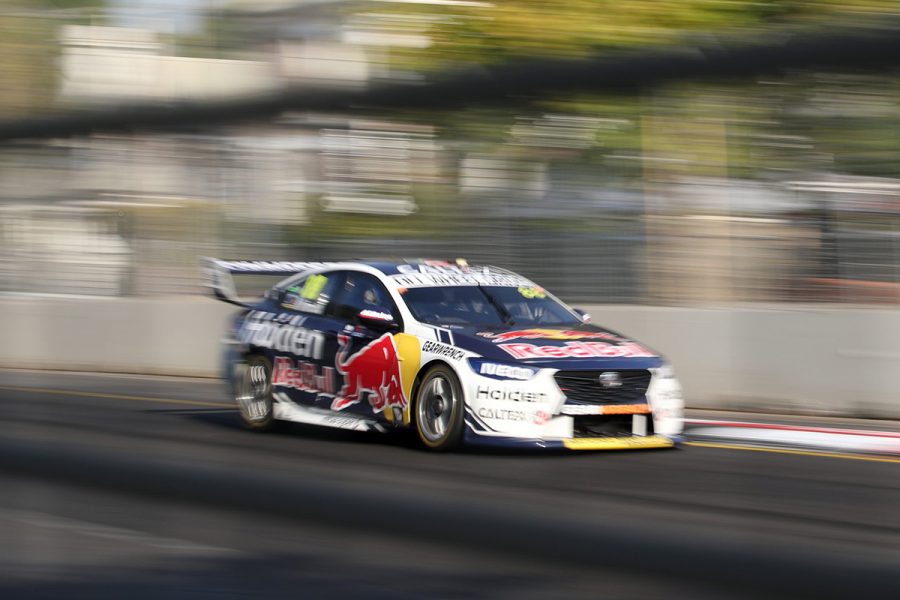 Whincup and van Gisbergen banked podiums to start their new seasons, even if they could not challenge McLaughlin, and were the only Holdens in the top six.

"We didn’t get the best start. Fabs jumped and I went ‘oh, are we going, or are we not?! I had the big panic and lit it up," Whincup, who started alongside Coulthard, said.

"The car was good and the team did a good job of keeping us cool in there as well, so I don’t feel too bad at the moment."

Van Gisbergen added: "It was a tough one, we didn’t quite have the pace, but congrats to Scotty and his team.

"To come out with a new car and dominate is pretty impressive. We’ve got to catch up now."

Van Gisbergen finished 15s behind his 2018 title rival and had to withstand pressure from Tickford Mustangs during the afternoon.

Chaz Mostert applied the most, running behind van Gisbergen during the second and third stints and eyeing up a move.

However Mostert overshot Turn 9 on lap 40 and then Turn 4 on lap 50, either side of pitstops and had to settle for fifth, albeit from 12th on the grid. 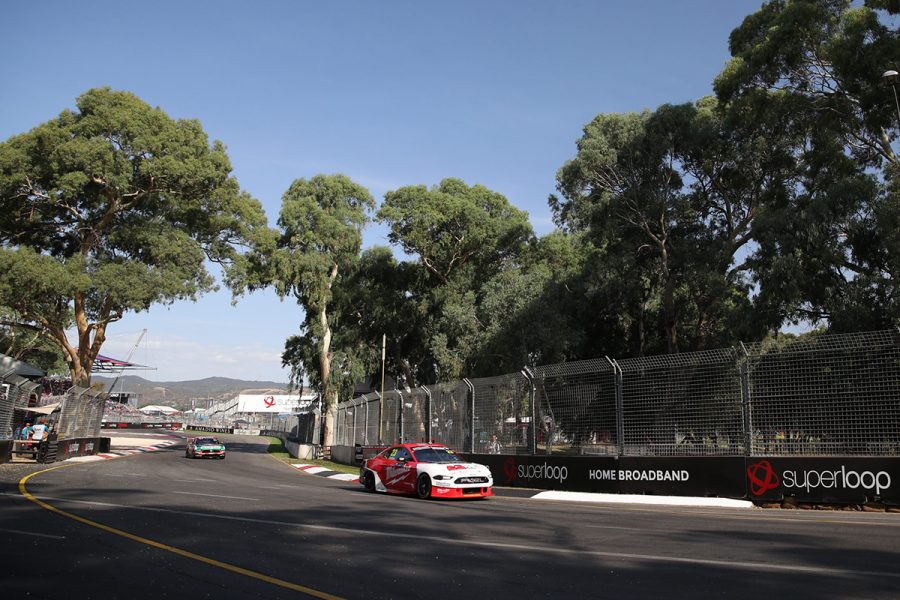 That left 23Red Racing's Will Davison as the best of the Tickford runners.

Davison closed on van Gisbergen in the final laps but could not snatch a podium on his return to the former factory Ford squad.

Coulthard made good inroads through his second stint after serving the penalty and crossed the line in sixth.

Cameron Waters ran fourth in his Monster Mustang in the early stages, as a coolsuit failure became apparent.

He was forced to pit and get out of the car on lap 19 as part of Supercars extreme-heat policy, as Tickford changed the coolbox system.

That cost Waters 14 laps, and he was ultimately classified 22nd.

Lee Holdsworth's Tickford debut included contact with the Turn 7 tyres on lap 27, while running at the foot of the top 10.

His stricken Mustang was collected by Scott Pye's Commodore, both cars able to get out and going again to prevent a Safety Car period.

Holdsworth got back out but six laps down, while Pye was the race's only retirement.