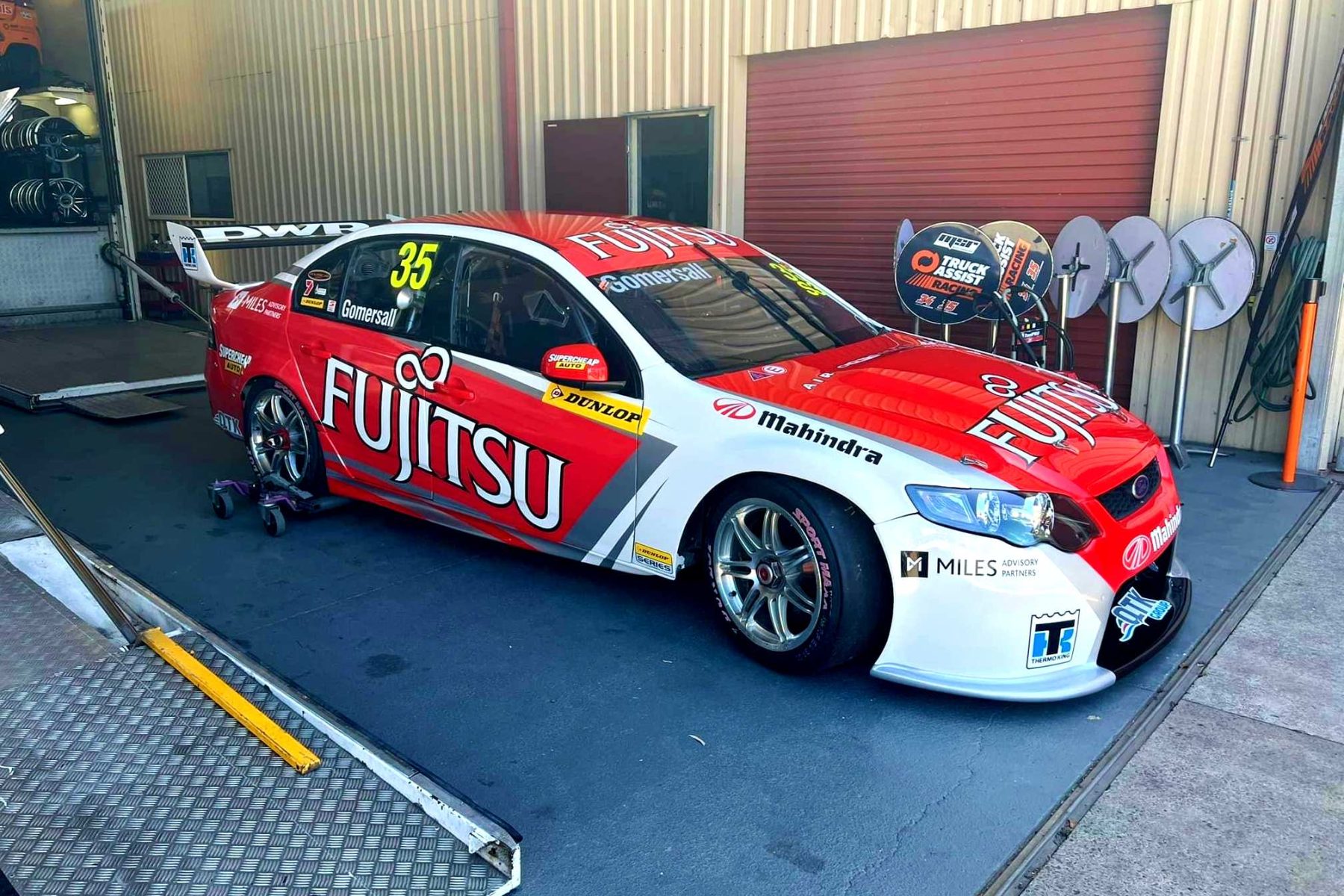 A Scott McLaughlin title-winning Ford has been restored to its victorious livery for Adelaide.

Works have completed on the livery, complete with Fujitsu colours.

Super3 driver Jason Gomersall owns and races the FG Falcon that McLaughlin raced to victory in 2012.

McLaughlin won the development series title in 2012 as a teenager.

He remained the youngest driver to win the title before Broc Feeney broke the record last year.

McLaughlin beat the likes of Chaz Mostert, Nick Percat and Scott Pye to the 2012 title.

The McLaughlin Falcon has been raced by Gomersall in this year’s Dunlop Super3 Series. 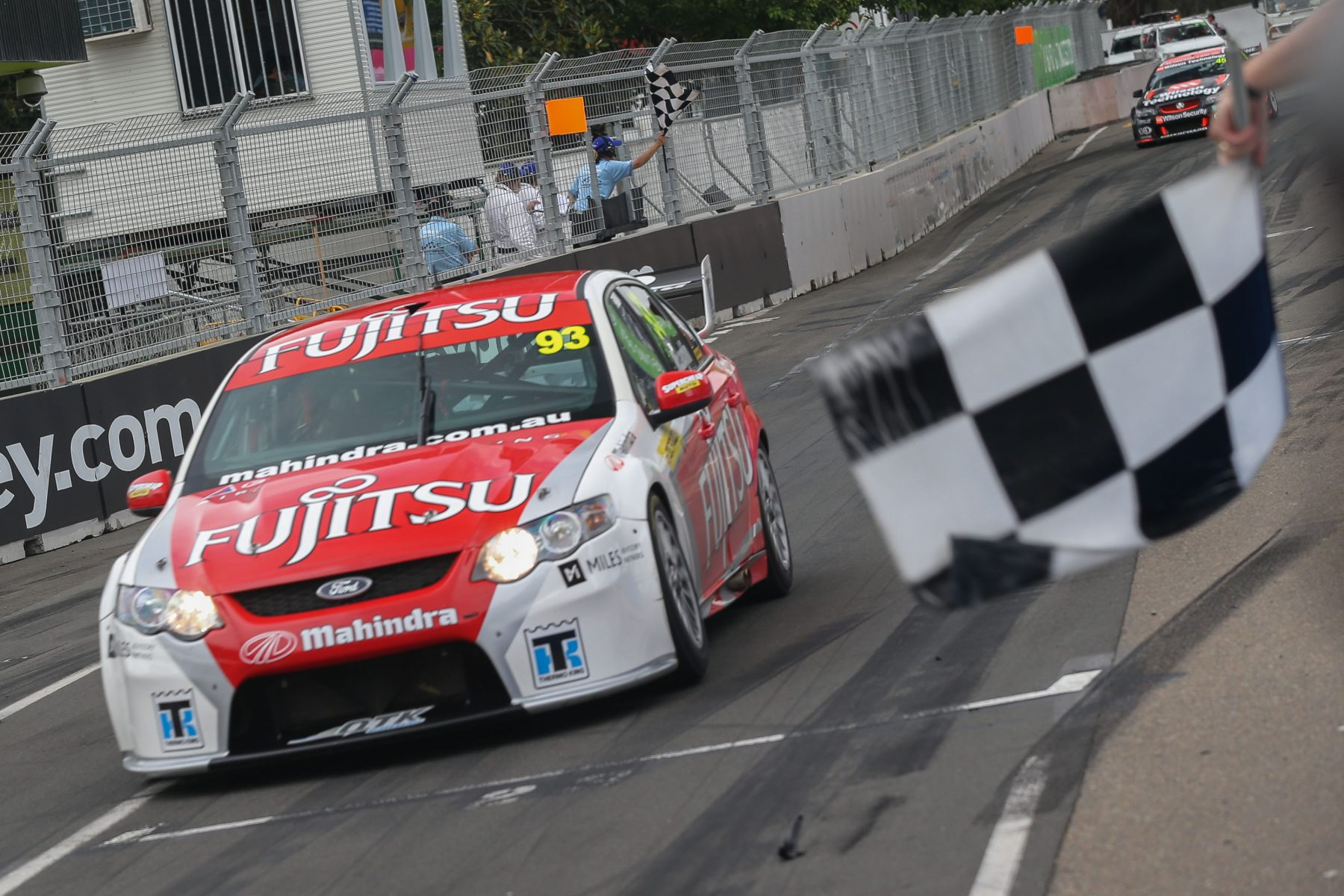 Gomersall has raced the car — SBR FG01 — for the last four years, and competes under the Matt Stone Racing banner.

He suffered a major crash in the car at August’s Dunlop Series round at Sandown.

Gomersall crashed on his own late in the Sunday race before he was rear-ended by Super2 driver Thomas Maxwell.

The car has since been repaired, with Gomersall racing to third in the Super3 class in Bathurst last month.

The VALO Adelaide 500 will be SBR FG01’s final race meeting in the Dunlop Series.

In tribute to McLaughlin, the Ford has been returned to its title-winning livery of 2012.

The now IndyCar star is keen to reunite with the Falcon.

McLaughlin will be in Adelaide as both an event ‘fanbassador’ and special comments for the broadcast. 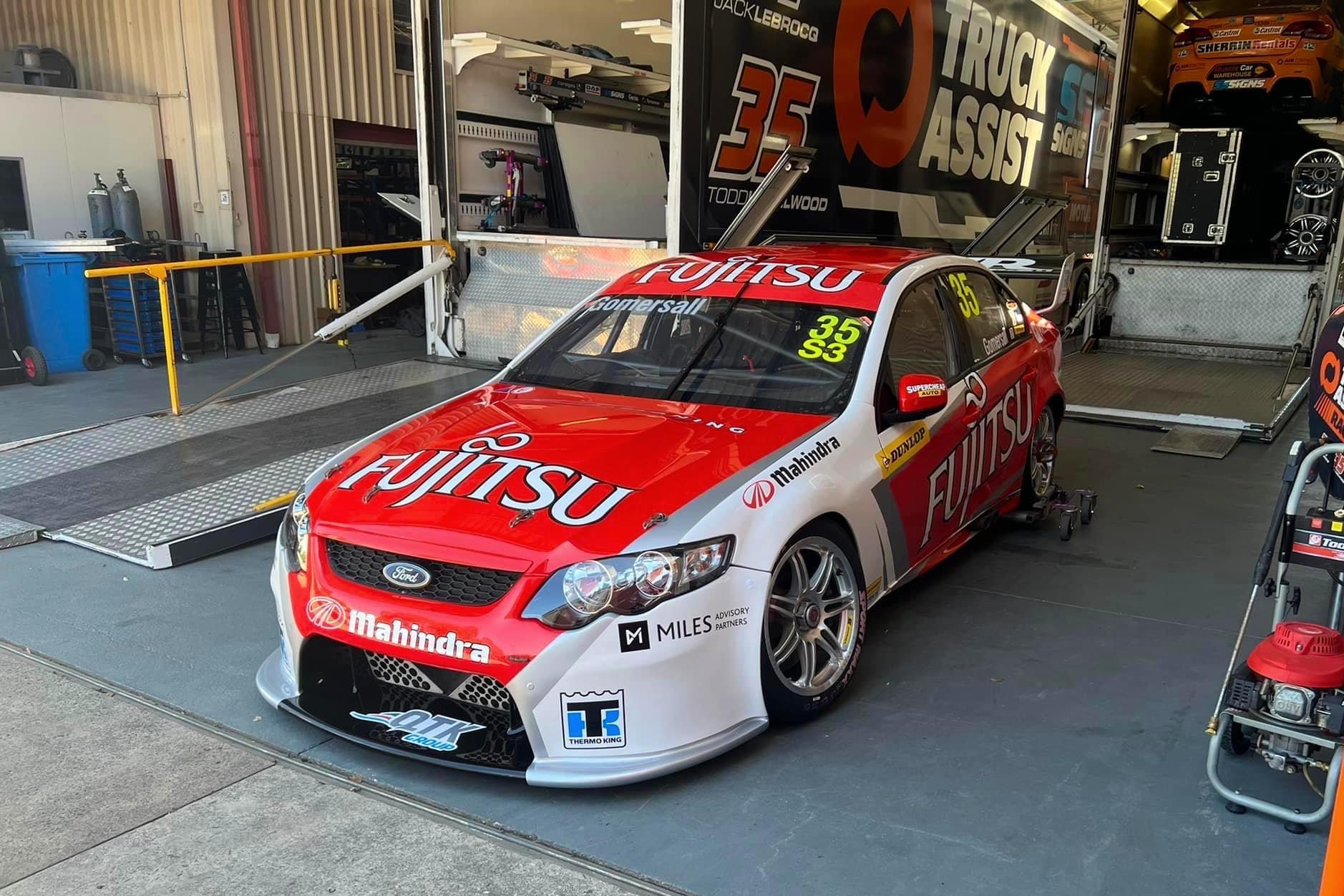 "I’d love to see it," McLaughlin recently told Supercars’ Cool Down Lap podcast of the car.

"I heard he’s had the car for many years.

"It was in a big crash at Sandown not long ago, but they’ve put it back together.

The FG X Falcon arrived in the United States and will reside in the Penske Racing Museum in Phoenix.

Supercars and Super2 will be on track on all four days of the event.