McLaughlin's Shell V-Power Racing Mustang set the pace with a 1:20.2212s, having traded top spot with van Gisbergen during the 30 minutes of running.

He was ultimately 0.0966 seconds ahead of the Red Bull Holden Racing Team driver when Practice 4 was halted in the final 30 seconds.

Full-time debutant Jones suffered a brake failure on the run to Turn 9, making heavy rear-first contact with the tyre barriers.

The Team CoolDrive Commodore suffered extensive damage, and while Jones emerged unharmed the Brad Jones Racing entry is in doubt for today’s race.

"He’s had a brake failure. The front brakes initially started to work and then the pedal has gone to the floor," Brad Jones, team owner and father of Macauley, said.

"He’s OK, but I can’t quite say the same thing about the car. There’s a lot of work to be done there to get it sorted out.

"Looking at how hard that thing hit, I’d be surprised if we can do anything with it, but we’ll see what happens when we get back.

"I’m pretty devastated for Macca. He’s done a fantastic job so far and hasn’t put a foot wrong and it’s not the way you’d want to start your first race.

"Fortunately there’s nothing wrong with him, he’s fine, it’s just a pity for the whole CoolDrive group really, they were going really great guns." 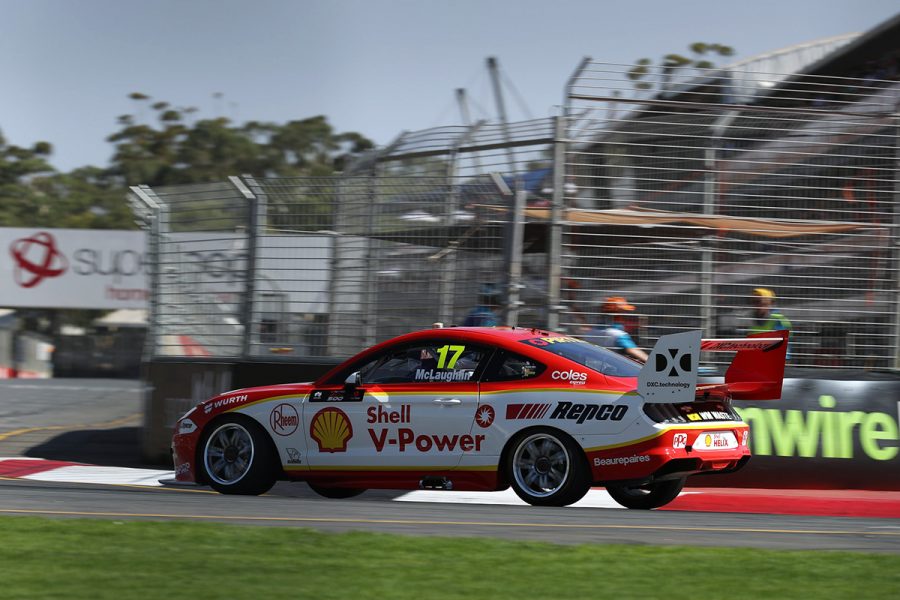 With two minutes left, van Gisbergen went back to the top by a tenth, but that was fleeting, with McLaughlin turning a 1:20.2212s moments later.

That was how it stayed, with McLaughlin to lead the field into the ARMOR ALL Top 10 Shootout before the 78-lap race.

"Oh my god, that was as close as you’d want to get. It shows how hard we’re pushing, I guess," McLaughlin said of a wild Turn 8 moment during the session.

"We tried to do a Shootout sim. I’ve found a good sequence that I want to do to phase the tyre up, but it’s tough.

In better news for Brad Jones Racing, Tim Slade was third in his Freightliner Commodore, ahead of Penrite Racing pair Anton De Pasquale and David Reynolds.

De Pasquale's Commodore was repaired overnight following his Turn 8 accident in ARMOR ALL Qualifying on Friday.

Scott Pye, Lee Holdsworth, James Courtney and Simona De Silvestro rounded out the top 10, De Silvestro having lost time with a damaged wheel in the second half. 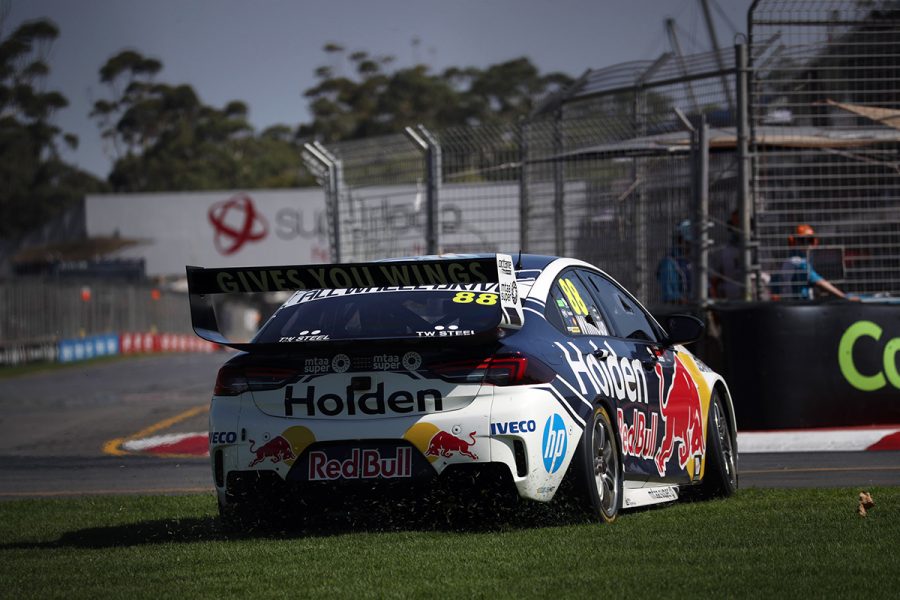 Jamie Whincup had an early spin at the final corner on his way to 13th, ahead of McLaughlin's team-mate Fabian Coulthard.

Cameron Waters sat out the final third of the session after encountering a sticking throttle in his Monster Mustang, winding up 19th in the order.

"We were doing a bit of a long-run and I had a sticking throttle. It stuck to 100 percent going into Turn 8, which wasn’t fun," Waters said.

"I wasn’t fazed by the slide yesterday, but that was a bit more scary."