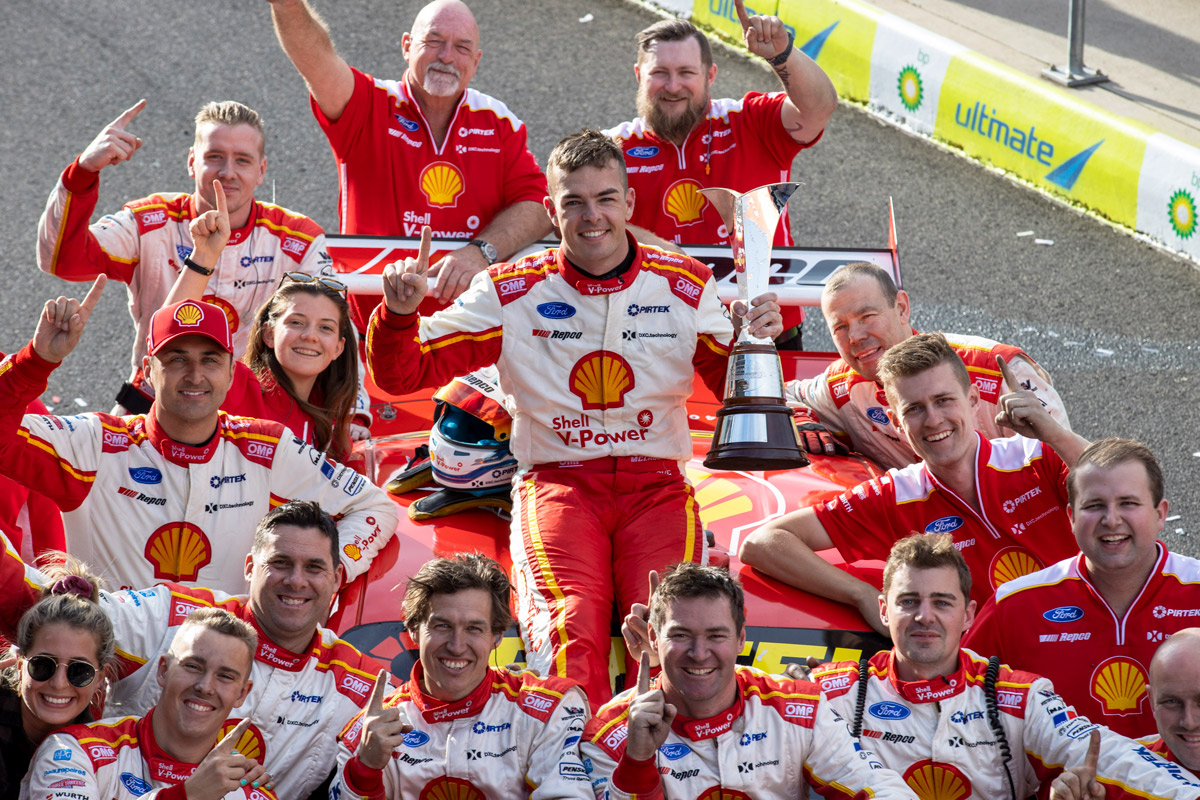 Scott McLaughlin is American-bound for what could be the first of many races in the IndyCar Series.

The Shell V-Power Racing driver officially clinched his third Supercars title yesterday with a hard-luck run to fifth in the Supercheap Auto Bathurst 1000.

With precious little time to let that sink in, McLaughlin was headed to Sydney with wife Karly in preparation for their 10:30am flight to Los Angeles this morning.

From there, a couple of days of simulator work loom at Team Penske’s base in Mooresville, North Carolina before making the trek to Florida for the race meeting.

The 27-year-old will be one of four Penske drivers to compete in the season-ending Firestone Grand Prix of St. Petersburg, alongside teammates Will Power, Josef Newgarden and Simon Pagenaud.

Many expect McLaughlin, who completed a series of IndyCar tests earlier in the year, to make a full-time transition in 2021.

All along McLaughlin has been tight-lipped… but he doesn’t necessarily feel there is pressure to prove himself next weekend.

“I’ve done everything I wanted to achieve [in Supercars], regardless of how St. Pete goes or whatever,” McLaughlin said on Supercars Trackside last night.

“I know right now I have got to grab this opportunity with both hands.

“It’s not an audition I would say but I can’t be a bit of a gumby. I’ve got to go out there and drive the thing as fast as I can and acquaint myself as best as I can.

“But yeah, I said I wanted to win a Bathurst, a championship and be a consistent frontrunner. I really wanted to try to move up that leaderboard for the wins and the poles and really proud of all of that.

“If it is [the end of my Supercars career], I’m completely satisfied.”

When pressed if he would at least be on the Bathurst 1000 grid next year, McLaughlin quipped: “Well after the day I had today, I have to come back!”

His Great Race was brought unstuck by an ill-timed Safety Car that delayed his return to the car, with co-driver Tim Slade just shy of his minimum 54 laps for the day at that point.

Regardless, McLaughlin described consistency as the most pleasing aspect of his 2020 title campaign.

“I think we showed that again today where we got dealt a set of cards that weren’t exactly the cards that we wanted but we did the best with what we could do and we got fourth and fifth as a team,” he said.

“That’s no small thing as a squad, to finish fourth and fifth at Bathurst, and to wrap the teams’ championship up along with the drivers’ championship was fantastic for us and a goal that we had coming into it.”