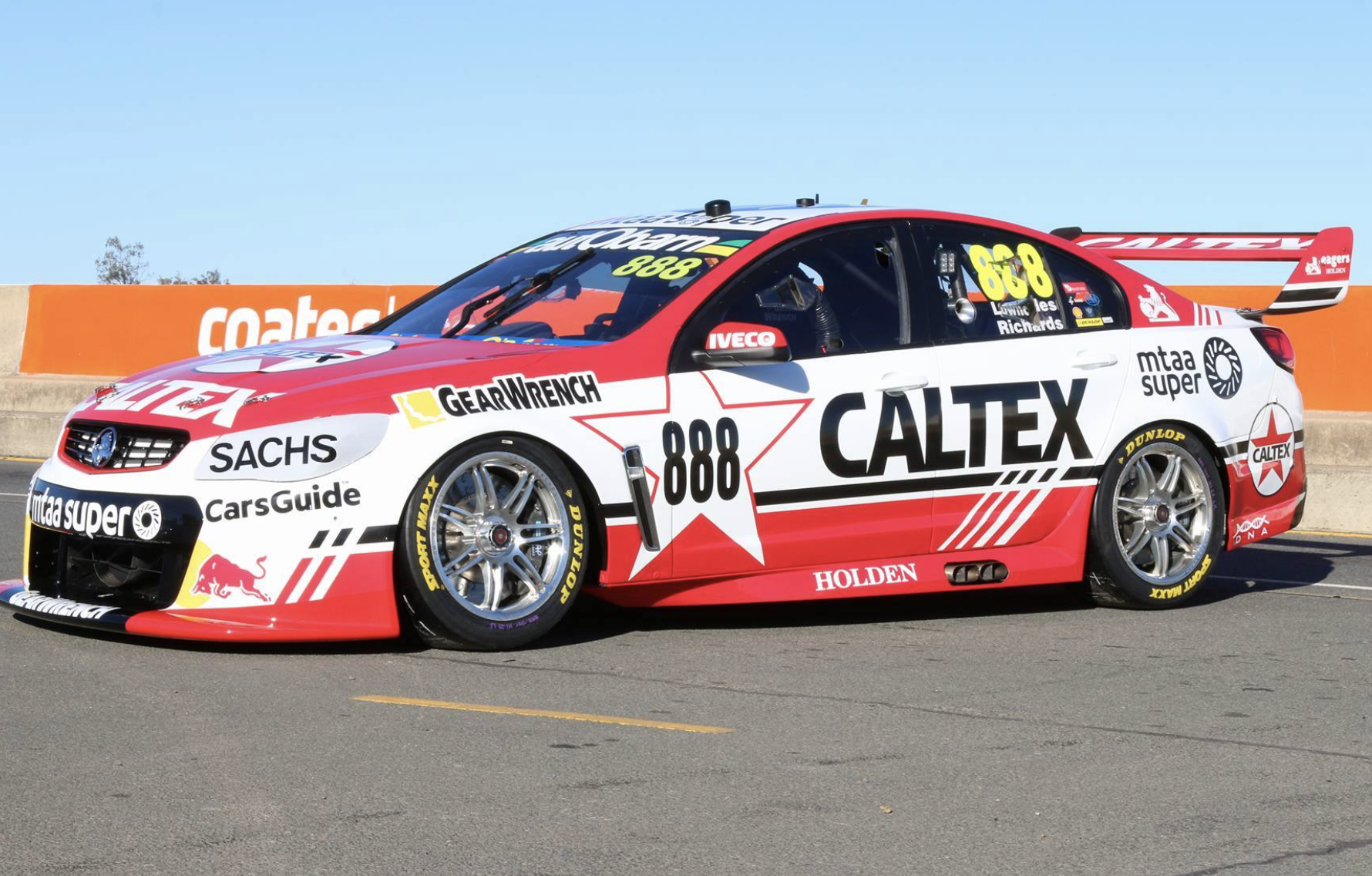 Craig Lowndes and Steven Richards will again compete with a Colin Bond retro livery at the Wilson Security Sandown 500.

The new look for the #888 Holden has been unveiled this morning ahead of Triple Eight’s test day at Queensland Raceway. 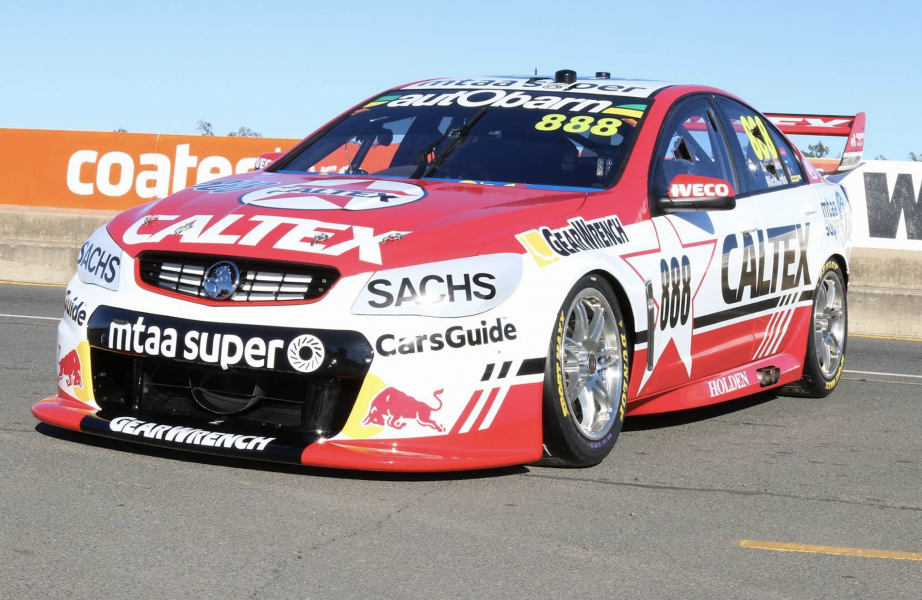 While last year saw the team adopt Bond's 1992 look, this year's features a mix of different design cues from the Bond era.

“The inspiration is the Colin Bond Caltex era of the late 1980s,” explained Lowndes. “It’s an amalgamation of everything that he did.” 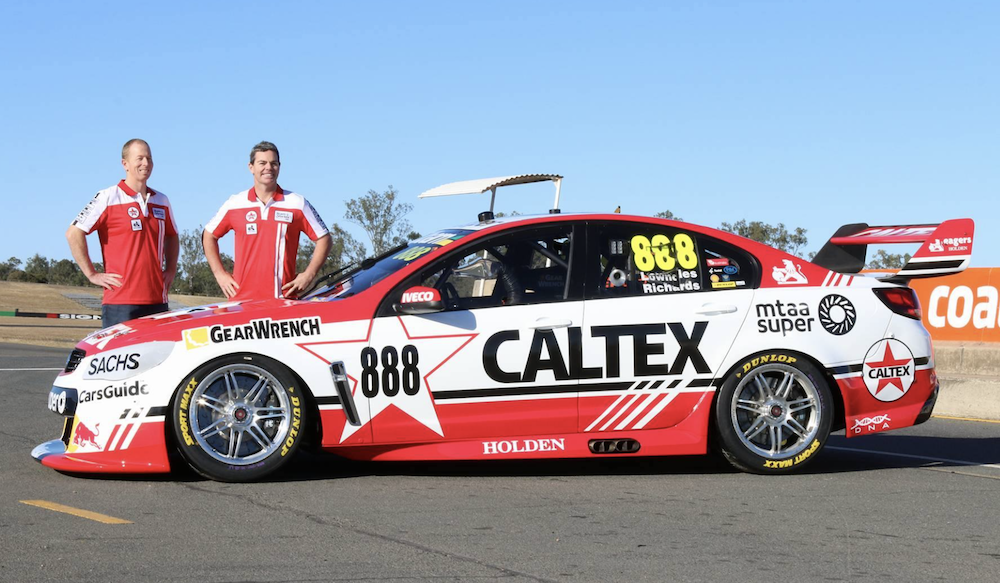 "It's still very Holden as well," added Richards, after the team caused a minor stir by mimicking a look from a Ford Sierra. 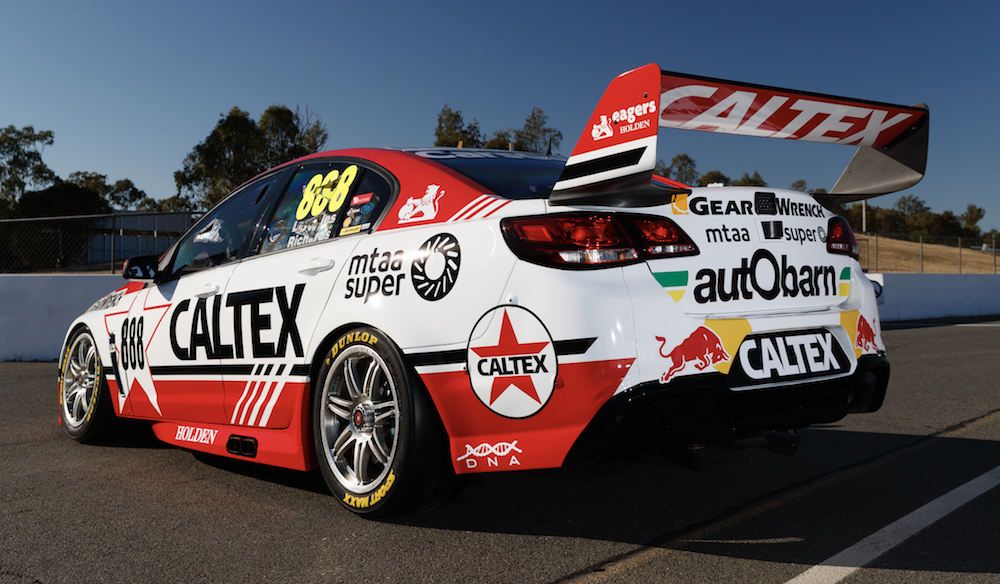 “It’s no secret that last year’s Bathurst was very disappointing for us as a team, but we’ve made a lot of progress over the last few events and we’re feeling confident that we can get some strong finishes in the enduros,” Lowndes said.

“The long races suit me and I always really enjoy the endurance season. Knowing that we had the Bathurst win two years ago certainly does give me some confidence, but of course previous results have no bearing on our performance this year.”