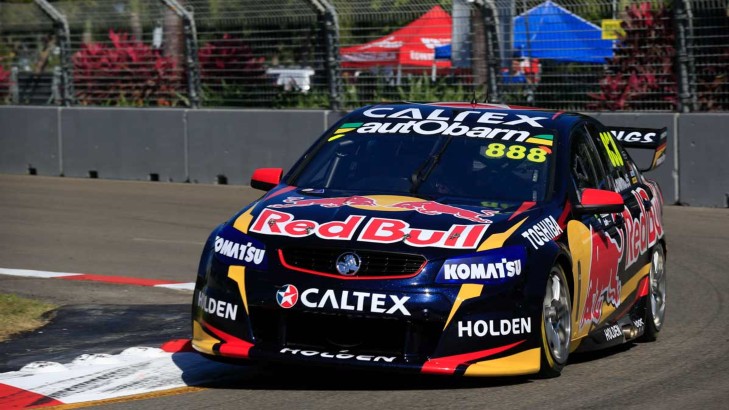 Grid spot penalties have been handed down in the wake of yesterday's V8 Supercars chaos in Townsville.

Arguably the most significant is Red Bull's Craig Lowndes, who sits third in the Championship and will lose two grid positions in today's 250km race, after contact with Garth Tander in yesterday's first race, deemed 'careless driving'.

Meanwhile, Erebus Motorsport's Will Davison has copped the same penalties, with the loss of two grid spots today after contact with Scott McLaughlin, and 25 points for an incident with Lowndes.

The incident between Jack Perkins and Todd Kelly, which JELD-WEN team owner Charlie Schwerkolt was particularly fired up about after an estimated $50,000 of damage to the Falcon after a nudge into the fence.

A call of reckless driving means 35 points and four grid positions for Kelly, relative to this afternoon's race.

Click here for the official Stewards Summary, which details the penalties and incidents evaluated.

Tander: Holden Racing Team will only get better

05/07/2014
Related Content
2014 Castrol Townsville 500 – Driven by TAFE Queensland  ›
Stay In The Know
Sign up to the Virgin Australia Supercars Championship Newsletter
We use cookies to ensure that we give you the best experience on our website. If you continue to use this site we will assume that you are happy with it.Ok