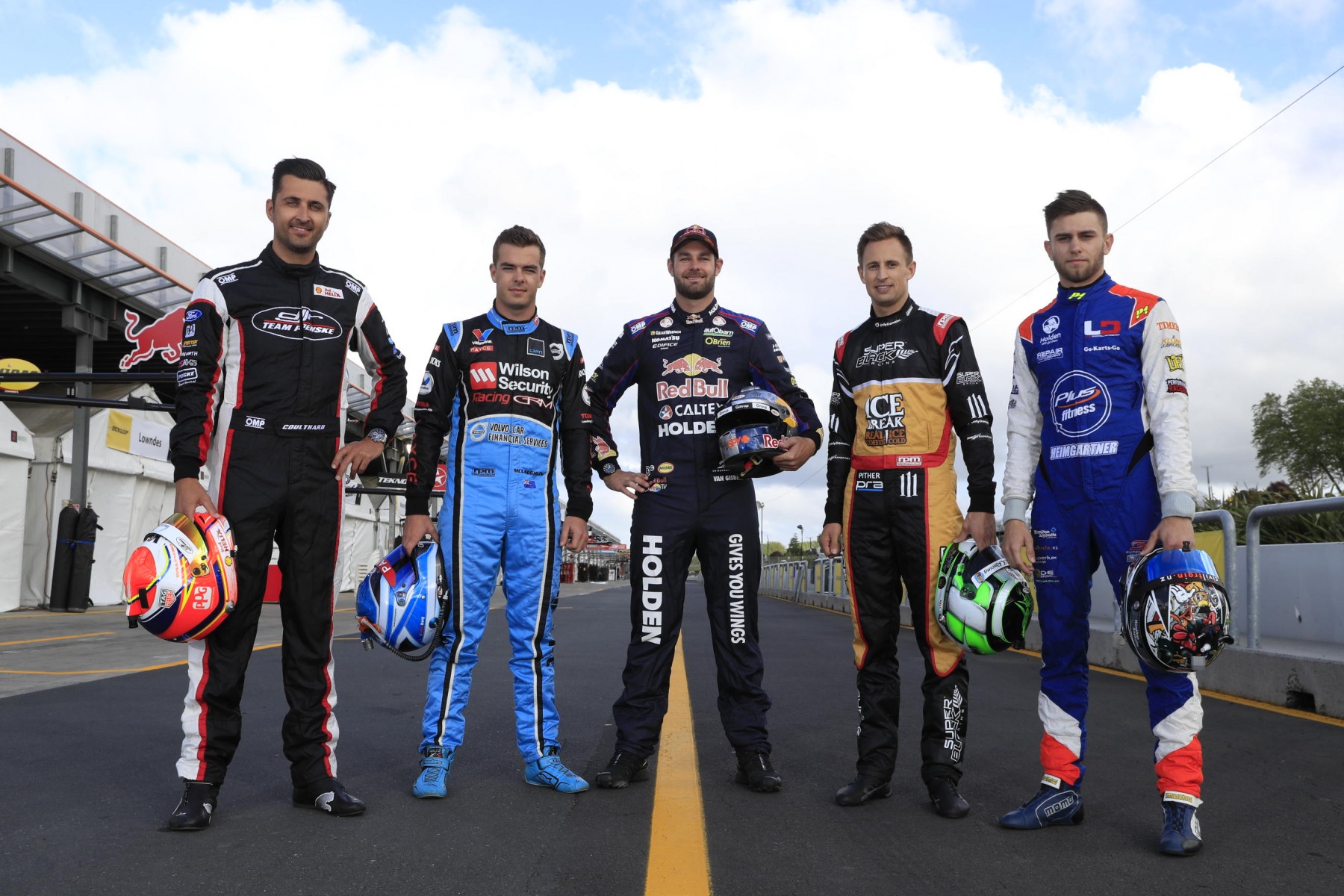 There’s more than just championship points on the line this weekend at the ITM Auckland SuperSprint, with a revered trophy on offer for the driver with the best results.

The Supercars drivers will be duking it out for the Jason Richards Memorial Trophy, named in honour of the much-loved driver who passed away in 2011 after a difficult battle with a rare form of cancer.

While Richards’ previous teammates Jason Bright and Jamie Whincup, along with Mark Winterbottom, have had the honour, a New Zealander is yet to take home the trophy.

But they all want it.

“For me to win the Jason Richards Trophy, it’d be quite an achievement, I feel,” DJR Team Penske’s Fabian Coulthard said.

“Jason was a great family friend, someone I looked up to as a kid, so it would be difficult to put into words.”

Coulthard is one of five New Zealanders racing this weekend and hunts for his first win of the season. Alongside him on ‘Team Kiwi’ is Championship leader Shane van Gisbergen, Volvo favourite Scott McLaughlin, Super Black racer Chris Pither, and young gun Andre Heimgartner.

With Red Bull’s Van Gisbergen and Jamie Whincup set to fight it out for the title, McLaughlin is hoping to slot in third and spoil the Triple Eight party, with Triple Eight’s Craig Lowndes sitting ahead of him in the pointscore heading into the weekend.

Earning maximum points at home would help his cause.

“I’ve got to try and stay in front of Lowndesy as much as I can – it’s easier to say than it is to do!” McLaughlin said.

“They’re very fast those guys, but the best way to make your championship good is to try and go the best you can, in regards to trying to get on the podium and winning races.

“That’s our main objective this weekend, not worrying about the championship but focusing and getting on with things.”

The 23-year old knows what it means to win at home, taking his first Supercars championship race win at the circuit three years ago in spectacular fashion.

“[Racing here] is something we get once a year and it’s special.

“When I won here in 2013 that was something I’ll never forget – the feeling you get, the goosebumps when you get out of the car and everyone’s going off, it was amazing.

“If I could do that again this weekend, it’d be the best thing ever.”

Championship leader Van Gisbergen will do all he can to bolster his 148-point lead over Whincup, particularly knowing it counts for a special extra prize this weekend.

“It’d be awesome,” he said of winning the JR Trophy.

“A Kiwi hasn’t won it yet, so it’d be pretty cool. He was an inspiration for me growing up and when I first started in the series he was very welcoming and encouraging, so it’d be cool.

“He was a great guy and getting that trophy would be pretty special.”

The 27-year old would love to add to his tally of wins at Pukekohe, with just one in a Supercar across his career – he enjoys racing at home.

“It’s just what I grew up doing – (being) there watching was where it all started for me. So getting to race at it and be one of the five Kiwi guys is pretty cool.”