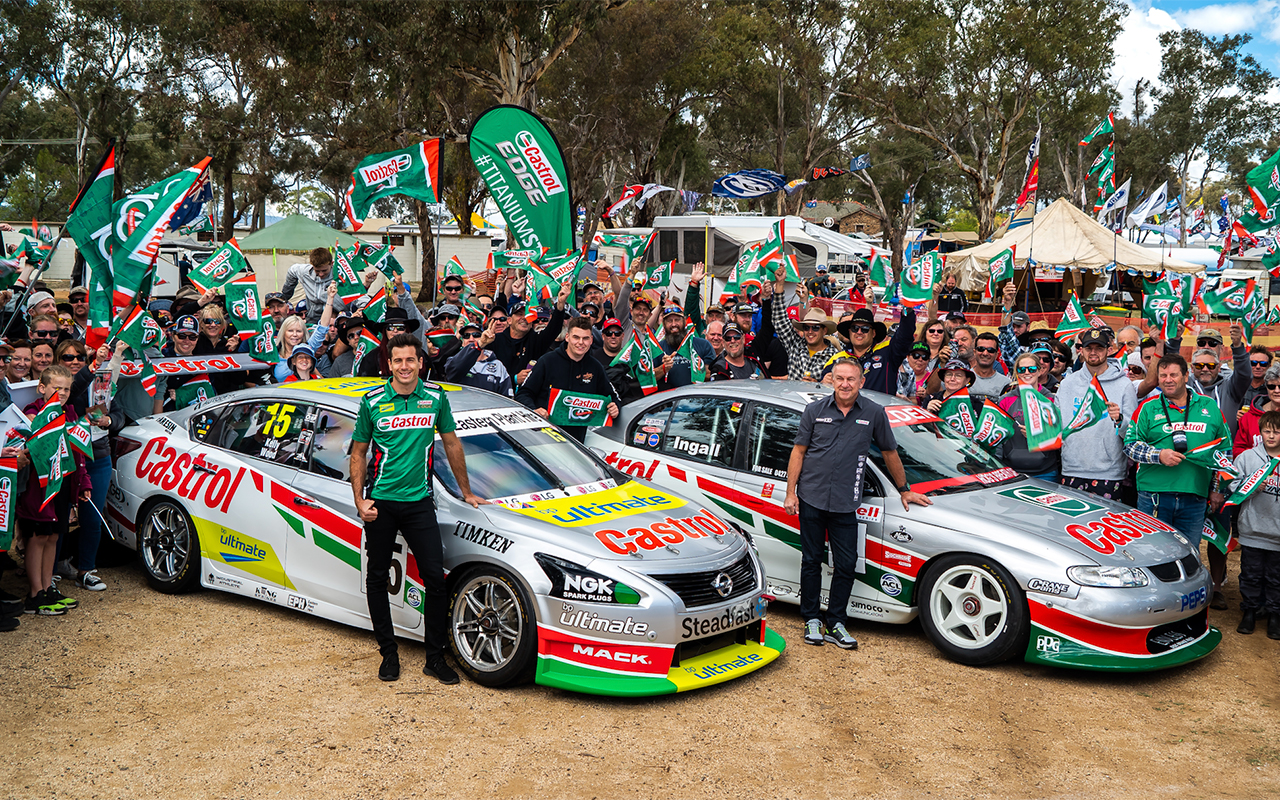 Kelly and Ingall, both two-time Bathurst winners, unveiled the throwback livery in front of campers at McPhillamy Park this morning.

Ingall sported the ‘Silver Bullet’ scheme in 2000, although it did not run at Bathurst, where both Perkins Engineering entries adopted the black livery regularly campaigned on the #11.

The original VT Commodore was presented alongside the Nissan Altima for the reveal.

“The Silver Bullet in its day was definitely a crowd favourite and glad to see it still is now,” said Ingall, who co-drove with Kelly in his final Bathurst start in 2016. 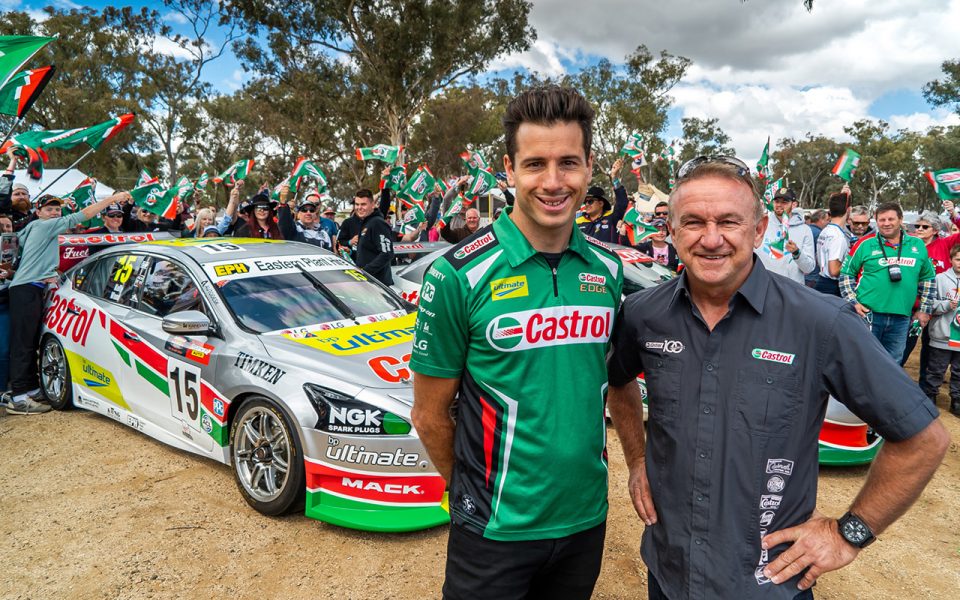 “My time at Castrol Perkins Racing was a pretty special part of my career so to see those colours here today and racing around the Mountain is going to bring back some great memories.

“Have to thank the fans for picking this Castrol livery and hopefully will see it cross the line on the podium.” 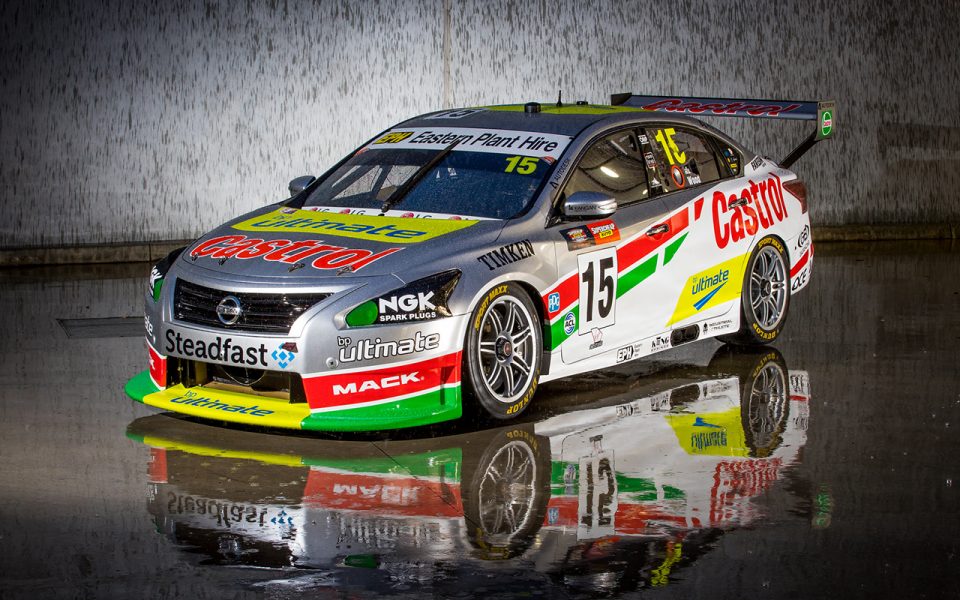 Kelly will be joined by long-time friend Dale Wood for the PIRTEK Enduro Cup, starting with this weekend’s Great Race.

“For me this weekend is all about having fun and enjoying what is the biggest weekend in our sport and to kick it off by revealing this livery at the top of Mount Panorama with all of the fans here is really cool,” said Kelly.

“Over the years I’ve had a fair bit of success here at the Mountain and Castrol was supporting me back then so to have their continued support now and be able to do cool initiatives like this and involve the fans is great for our partnership.” 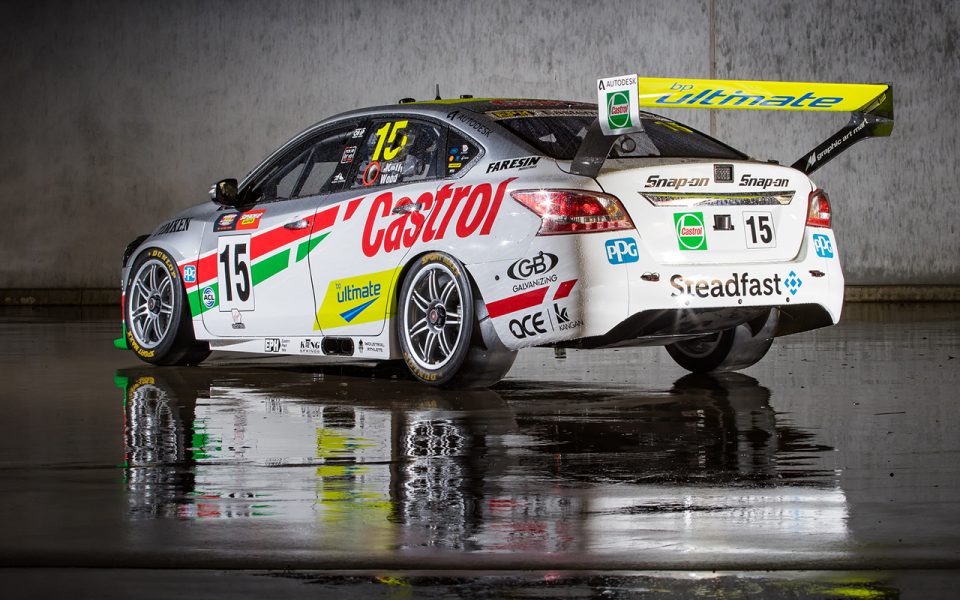 “Myself and Dale are now really looking forward to hitting the track on Thursday. This event is always a big challenge both physically and mentally for the drivers but at the same time it’s such a special place to drive around so any time you can do laps here is a good experience.”

Kelly won the Great Race in 2003 and ’04 alongside Greg Murphy at K-Mart Racing, while Ingall’s triumphs came in 1995 and ’97 for the Castrol Perkins team.

Supercheap Auto Bathurst 1000  ›
Stay In The Know
Sign up to the Virgin Australia Supercars Championship Newsletter
This website uses cookies to improve your user experience. By continuing, you will be providing your consent to our use of cookies.Ok