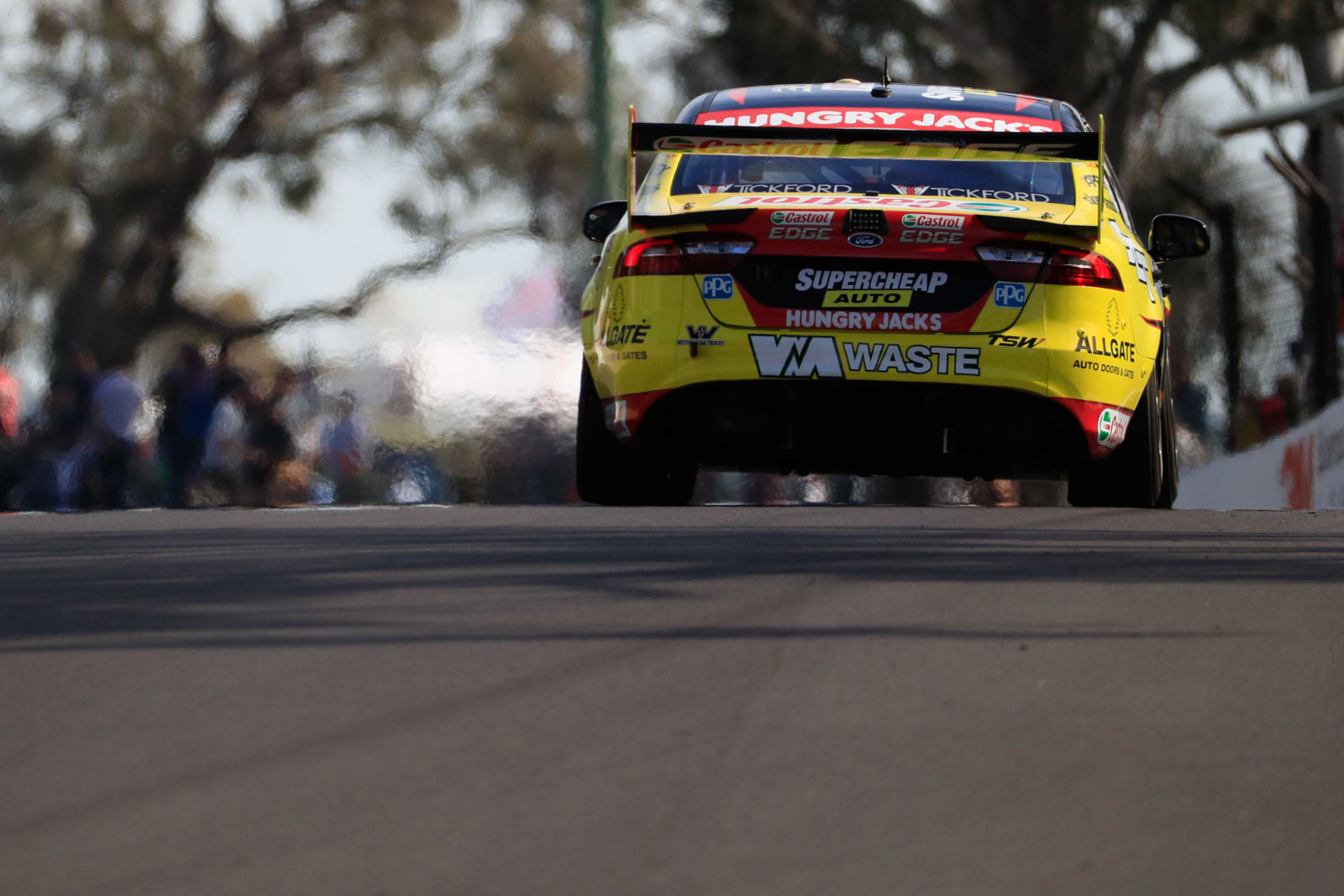 Young driver Chaz Mostert says it is “unbelievable” to go through to his first Bathurst ARMOR ALL Top 10 Shootout.

The Supercheap Auto racer is on the road to redemption after a life-changing accident in qualifying at Mount Panorama last year that left him with a broken leg, wrist and knee issues.

It not only puts him through to his first shootout at Bathurst, but means he has qualified for the first time in three years at the Mountain after crashing last year and in practice in 2013, and being excluded in 2014, the year he won the race with Paul Morris from the rear of the grid.

"It's unbelievable. I just got reminded that this time last year I was carted off in an ambulance and this time I qualified for the top 10 shootout. I am pretty stoked,” Mostert said.

“The feeling is mostly relief and I could see it on Dad and Anne’s faces when I walked into the garage. There was joy and relief in equal measure.

“Most of the crew are the same guys as this time last year and you could see their relief and happiness too. We’re a close bunch so it’s nice to see them so excited.”

Mostert will run sixth in the Shootout tomorrow evening, with Tim Slade, Scott McLaughlin and Whincup out after his run.

He has been the fastest of the Prodrive Falcons, with teammate Mark Winterbottom also having a crack at one lap tomorrow after qualifying seventh. There’s one final hour-long practice session, open to all drivers tomorrow, before the Shootout and race.

“I think the car is pretty close or thereabouts and I feel nice and comfortable in it too.

“I'm looking forward ahead to another practice, just chilling out tomorrow and working on the race car and having another crack at it in the shootout tomorrow.”

An emotional Mostert thanked his support group for helping him through such a hard time and knows a win would repay his team and family. He pairs up with Steve Owen this weekend, who has proven a steady pair of hands over the years.

“Overall I'm really, really happy and to now be 12 months on since the big crash and be surrounded by all the people that have backed me all the way, I can't really thank them enough.

“We've still got a lot of sessions to go this weekend and a big 161 lap race so we've still got to try and get through that. But, we are now officially past the crash and talking about it.

“I’ve qualified and that is all that mattered."

Simona: I wanted it too much

Teams gear up for Bathurst qualifying