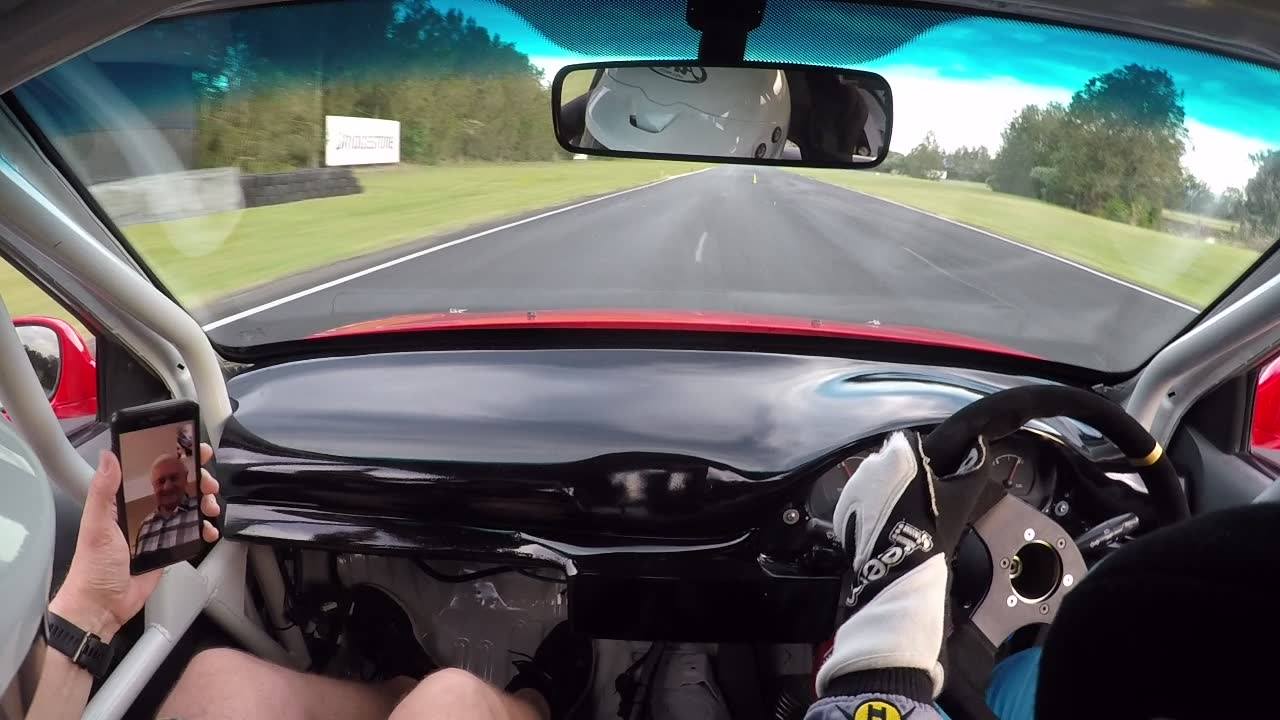 Supercars legend Dick Johnson didn’t let his 49th wedding anniversary stop him from being part of grandson Jett’s first drive of a racecar this week.

The 14-year-old cut laps at the Gold Coast’s Norwell Motorplex on Thursday, aboard the recently-built Hyundai Excel he’ll make his race debut in at the end of the month.

Unknown to Jett at the time, Steven also brought 74-year-old Supercars Hall of Famer Dick along for the ride, sharing the moment via FaceTime.

“Grandpa couldn't make it to my first test drive as it was his and Grandma's 49th anniversary,” explained Jett.

“I was a little disappointed but totally understood.

“When Dad said ‘It's all good mate, I have it covered’ I didn't know what he meant until after we were finished.

“When he told me and I saw the footage last night I cracked up.

“Dad had FaceTimed Grandpa while I was driving from the passenger side so he could ride along.

“It looks so funny from the vision and also cool to sort of have three generations riding along in the car together.

“It's probably the only way I'll get grandpa in the car with me!”

Jett Johnson is set to make his car racing debut at Morgan Park on June 29-30.