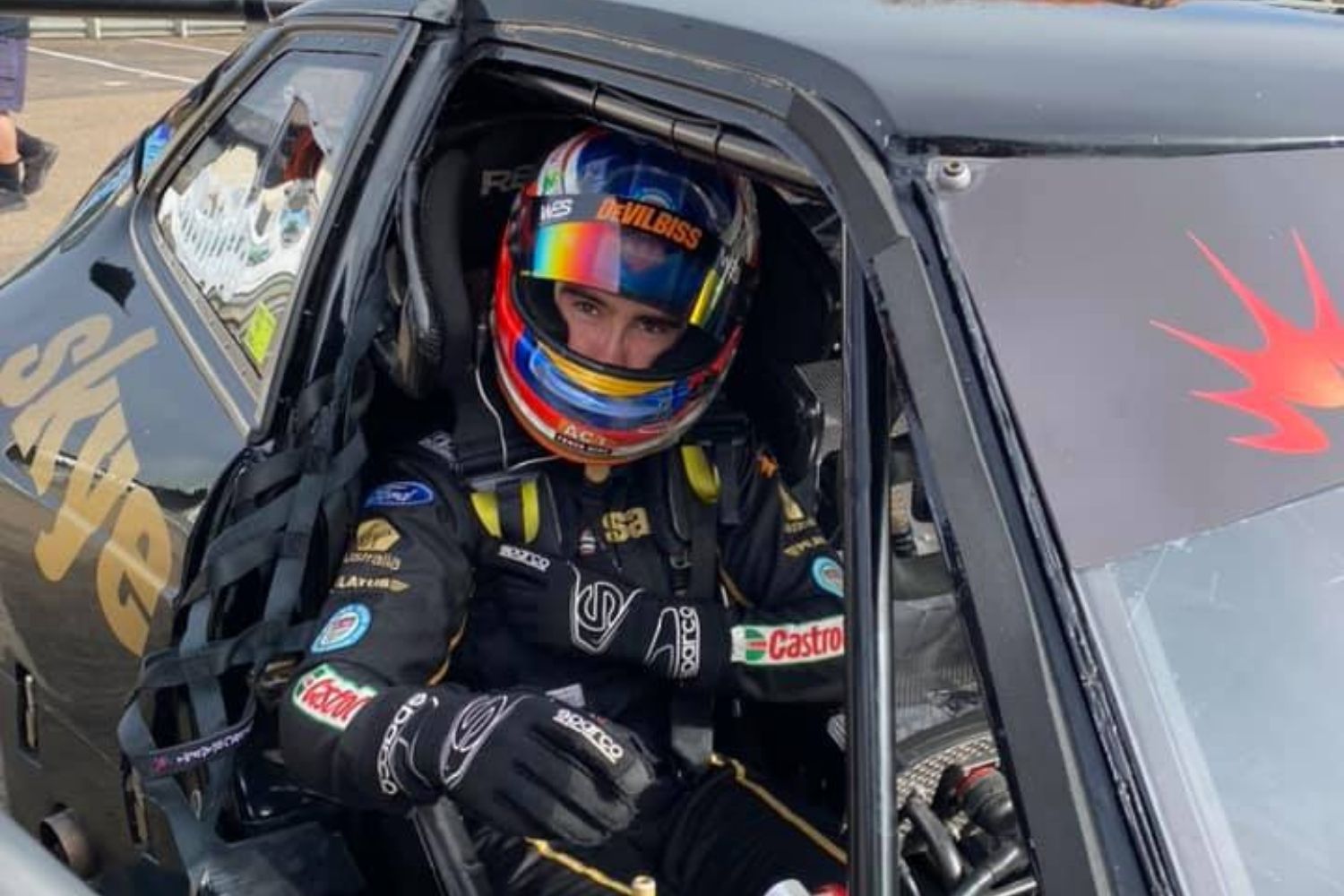 Tickford Racing wildcard Thomas Randle is continuing to diversify his motorsport skillset this season, netting a pole and race win in the opening round of the National Sports Sedan Series.

Following his wildcard top 10 finish at the OTR SuperSprint earlier this month, Randle stepped back into his family-owned SAAB 9-3 at Wakefield Park last weekend.

After a two-year hiatus, the title-winning SAAB came out of hibernation for the event, prepared by Randle's father Dean, who won the 2006 Australian Sports Sedan Championship.

Holding an important place in his childhood, Randle admitted he is relishing being back in the “mighty SAAB”.

“The car has been a part of me since I was born really, the first time I went to a racetrack was to watch my Dad in the Sports Sedan,” Randle told Supercars.com.

“It’s been sitting on the hoist for 22 months so it's nice to have it back.

“The guys have done an amazing job getting the car ready for this weekend, so much goes on behind the scenes and it’s just five or six guys that pitch in, it’s nice to be back behind the wheel of the mighty SAAB.

“There’s probably a lot of people that don’t know what a SAAB is, but it means a bit in our family, to have the opportunity to race one again is fantastic.” 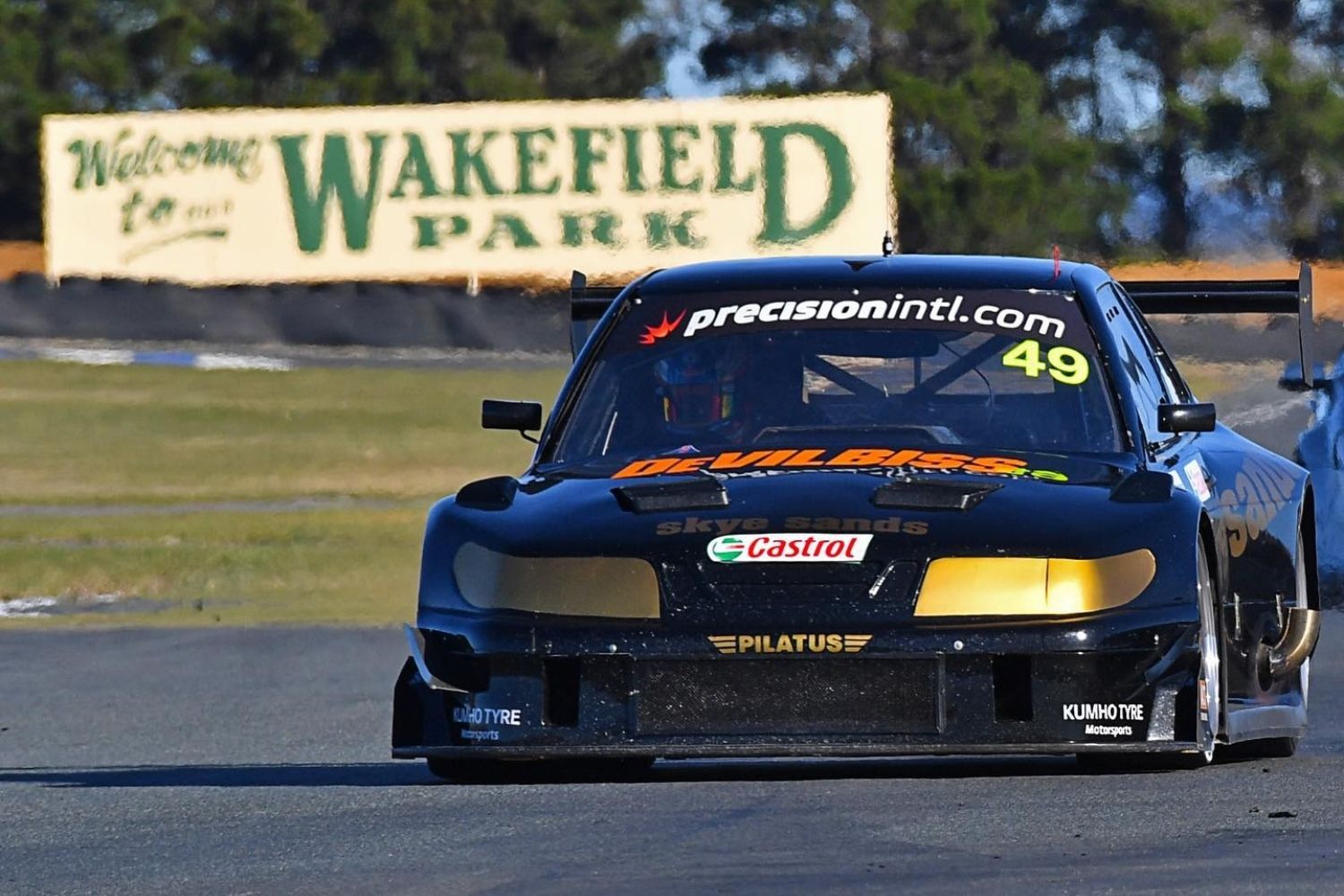 The SAAB 9-3 on track at Wakefield Park

Surprisingly, Randle was not the only Supercars alumnus in the National Sports Sedan field, with Kelly Grove Racing driver Andre Heimgartner receiving a late call-up to drive the Duggan Family Motorsport Aston Martin.

Rapidly returning to form aboard the Chev-powered V8, Randle posted a 56.1s lap to secure pole position, 0.3s ahead of Heimgartner.

Randle converted to win Race 1, with Heimgartner suffering a spin on lap six while in second, but recovered to finish 11th.

It comes after Randle finished runner-up in the inaugural S5000 Australian Driver’s Championship, before completing a wildcard appearance for Tickford Racing at The Bend, which will extend to the Darwin and Perth events.

Admitting the SAAB is the closest thing to a Supercar he can drive between events, Randle said keeping match fit remains important ahead of his co-driving role in the Bathurst 1000 in October. 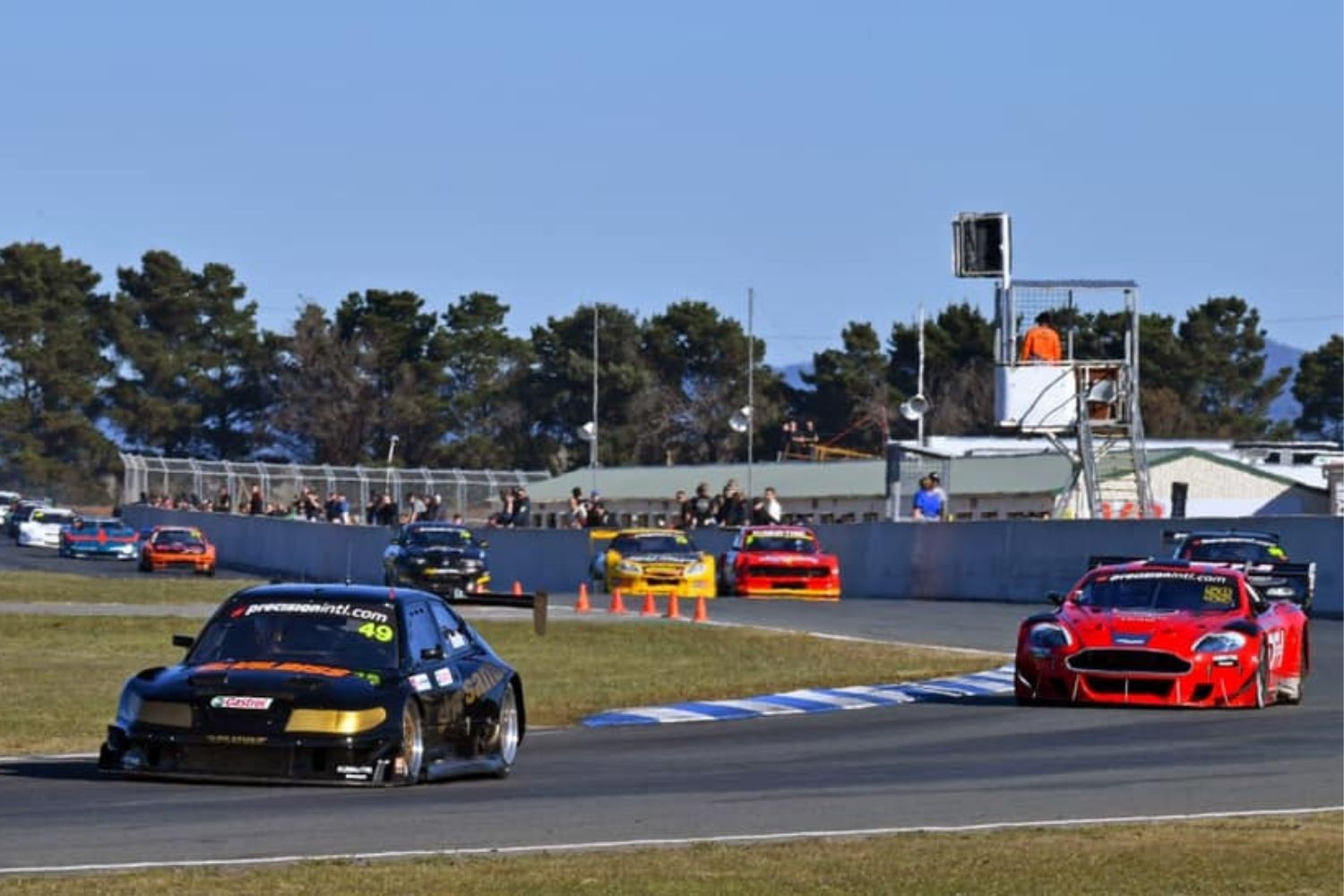 Randle chased by Heimgartner in Race 1

“In a lot of ways, it’s quite similar to a Supercar,” said Randle.

“It’s a V8-powered tin top, no ABS and no traction control, it’s really the closest thing I can get to driving a Supercar.

“There are not many people that can say they have that kind of tool in their garage.

“It’s special as well, this car has been passed down the generations from my Dad, and to come away for these weekends and have my Dad as my number one mechanic with just a few other guys, we have a ball.”

Race 2 saw Randle lead the national field before the Safety Car was called out in the opening laps on Sunday, but was forced to retire due to a gearbox failure.

Although he unable to return for the final showdown of the weekend, the Melbourne-based driver has confirmed he will participate in all five rounds of the series.

Accustomed to the unique challenges of grassroots motorsport since first stepping into the SAAB as a teenager, Randle remains thankful for the lessons the SAAB has provided him.

“With these cars, reliability is the thing that always lets you down,” Randle said.

“It’s certainly taught me resilience, persistence and patience and it's only something that helps with a Supercar as well.”

Randle will return behind the wheel of his main game wildcard at the Merlin Darwin Triple Crown next month.