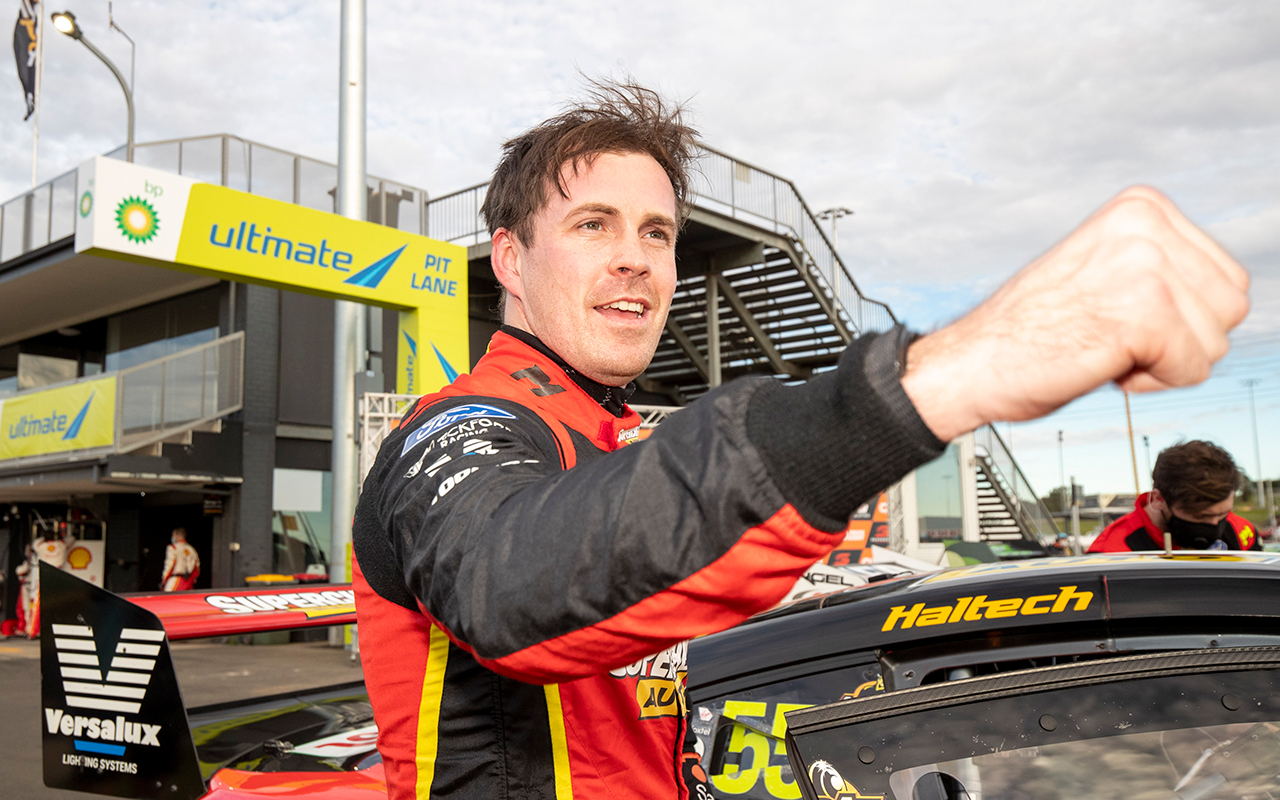 Jack Le Brocq took a maiden Supercars race win by saving all his soft tyres for the final race in Sydney, but says such a strategy hadn’t always been the plan.

The new format of having just two sets of softs, along with three hards, to spread across the three races opened the possibility of the much-talked about ‘all eggs in one basket’ approach.

Across the three races, Scott McLaughlin was the only driver to score a podium finish on anything other than the soft-soft strategy, which could be deployed only once.

Le Brocq used only hards on Saturday, qualifying 18th and finishing 16th, before managing 12th and seventh in the respective Sunday qualifying sessions, setting him up for a chance at two strong results.

“At the start of the weekend we were always going to write Saturday off with the hard tyres, that was always our plan to give us a better opportunity for Sunday,” Le Brocq explained.

“The plan wasn’t actually to put all the eggs in one basket for one race today but we had a bit of a bump and a bit of mischief at the start of Race 2 this morning, so we decided to put another set of hards on it and press on from there and it ended up working out alright.”

The “mischief” consisted of being nudged onto the grass as he tried to overtake a slow-starting Mark Winterbottom, costing the Supercheap Auto Ford three places.

Despite ending that race 16th, holding off Andre Heimgartner to win the finale meant Le Brocq finished sixth in the weekend’s points tally.

Asked whether the format made winning any less satisfying, Le Brocq said: “I’m going to take it, I’ll claim it and hopefully we can continue on and get a couple more under our belt.

“[This format is] a very different way of racing but it spices it up. I think it’s proved this weekend. To get the chance to be up on the podium is pretty cool.” 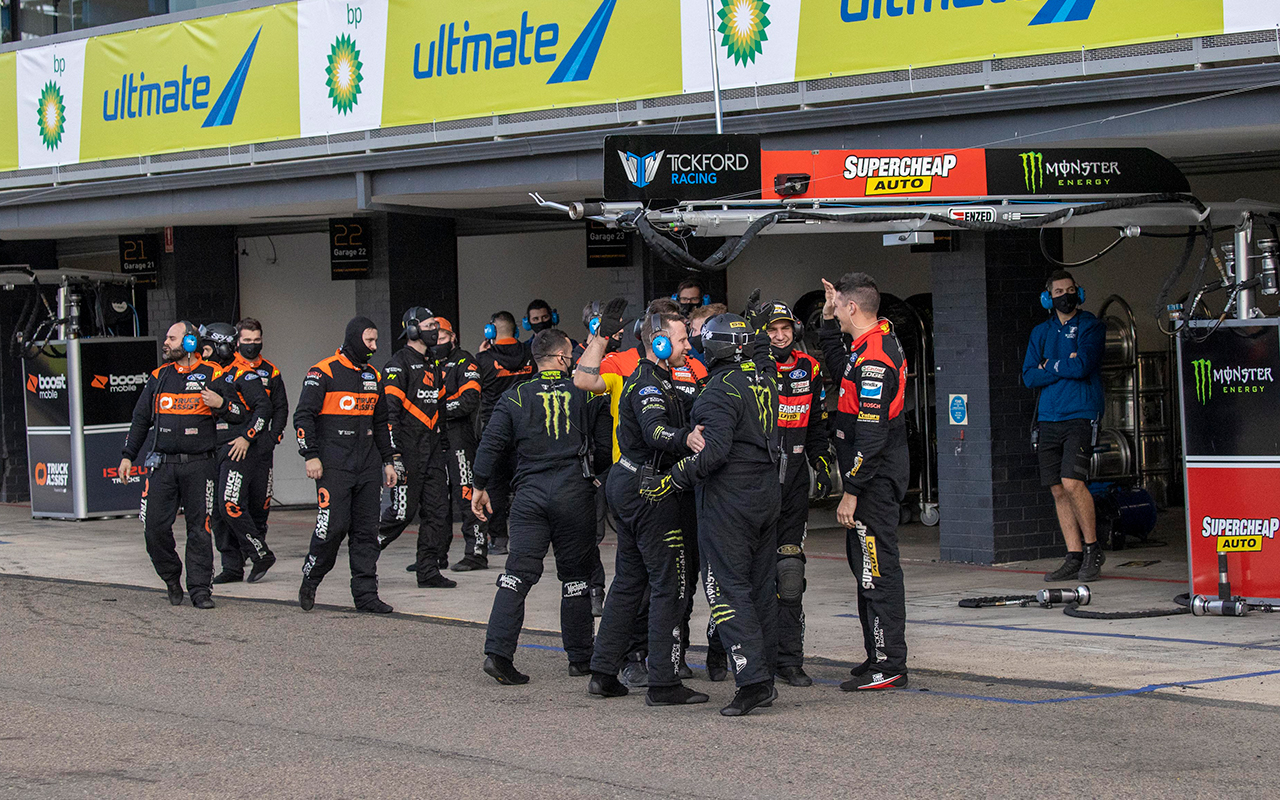 A new lease on life

Now 28, Le Brocq spent four seasons in the Super2 Series, including 2016 with Tickford, before breaking into the main game with Tekno Autosports in ’18.

He was the best of a five-strong rookie class that season, but endured a shocking 2019 that had nearly seen him part ways with the squad early in the campaign.

“After the year we had last year your confidence always takes a knock,” he said, having ended 2019 22nd in the standings; last but one of those to contest every round.

“We were in struggle street last year, but these guys have given me the opportunity to show what we can do in a race car and I’m learning a lot from them.

“They’re very good at building my confidence up and have done an awesome job of that over the past six months already to start the year.

“We’re only three rounds in, so I’ve got a lot to learn on how to drive this car correctly, but I’m loving every moment and they’re doing a ripper job of helping me get up to speed.”