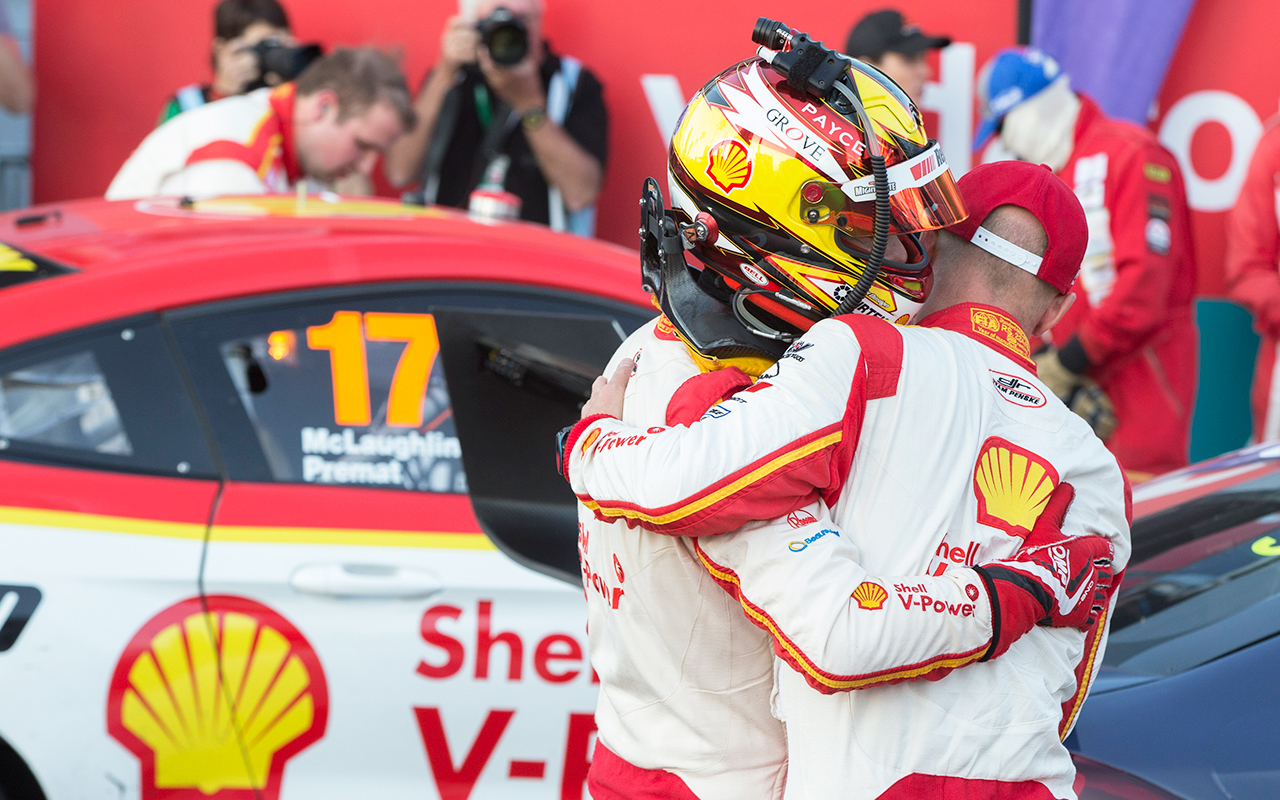 Scott McLaughlin only needs to follow Shane van Gisbergen home in the second leg of the Vodafone Gold Coast 600 to secure a second-straight Supercars title.

After finishing one place behind his fellow Kiwi in third on Saturday, McLaughlin holds a 613-point lead over his Red Bull Holden Racing Team rival.

Chaz Mostert had also entered Saturday in mathematical contention, but crashed out of the title race with a weekend-ending accident in the ARMOR ALL Top 10 Shootout.

McLaughlin needs a 600-point lead over van Gisbergen at the end of today’s 300km race to put the title beyond doubt with two full events remaining.

"We’ve got two rounds after this as well, so I have got time," said McLaughlin when asked of the equation.

"Our main focus [today] is trying to win, take it race-by-race. The minute you take it half-throttle and worry about points and all that sort of stuff, that’s when bad things happen.

"I don’t need to be conservative, I just need to go out there and do the best job we can and see if we can get as many points as we can and if not, we’ll come back at the next couple of rounds."

McLaughlin’s remarkable season has already included 18 race wins, including the Supercheap Auto Bathurst 1000, and 16 ARMOR ALL Poles following his latest on Saturday.

Here are the scenarios for McLaughlin to secure the title today.