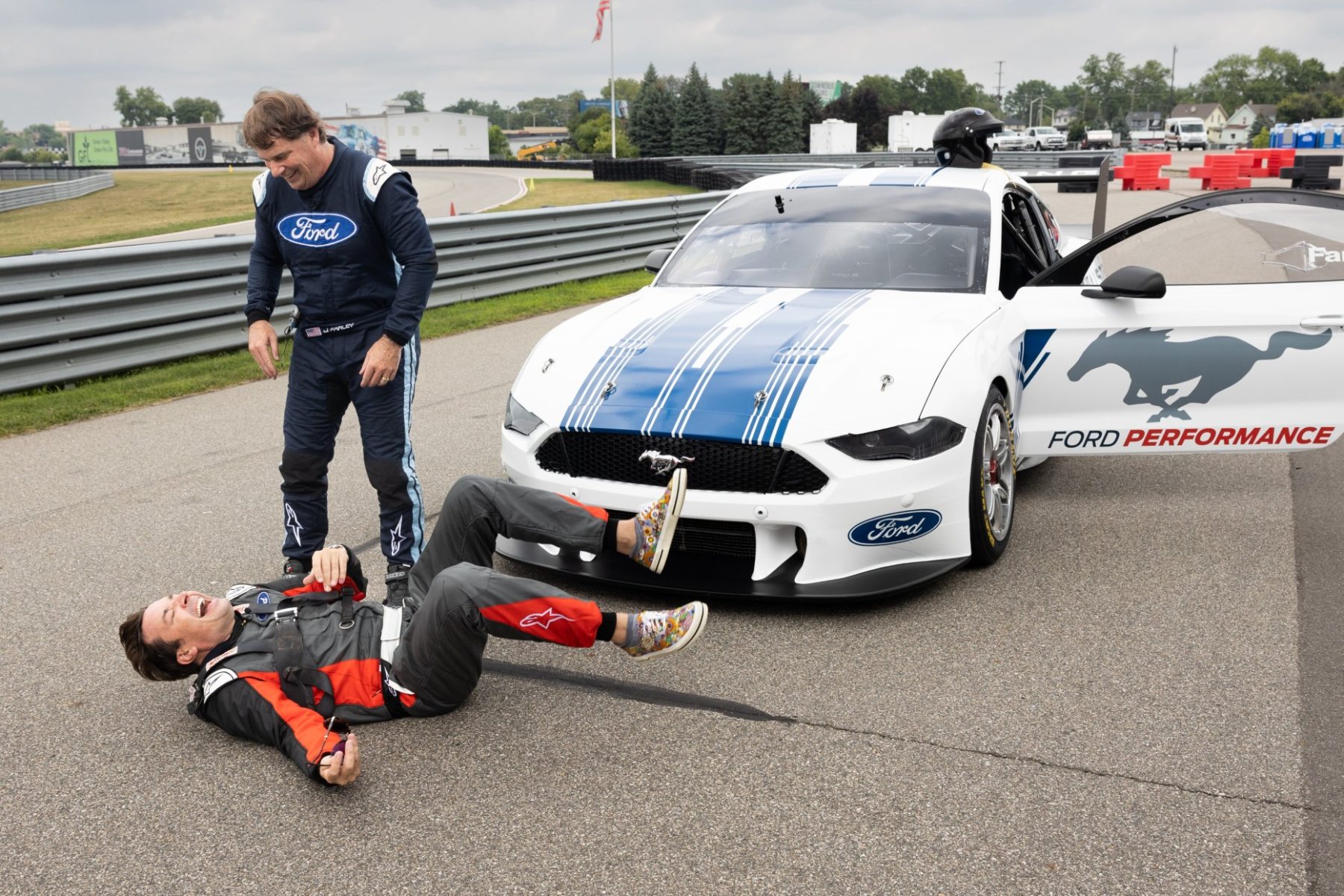 Mustang Supercar machinery has had a Hollywood encounter in the guise of comedian Jimmy Fallon.

He was also treated to laps alongside Farley in a former Dick Johnson Racing Mustang Supercar.

Fallon is one of the most recognisable faces in Hollywood, having hosted The Tonight Show since 2014. 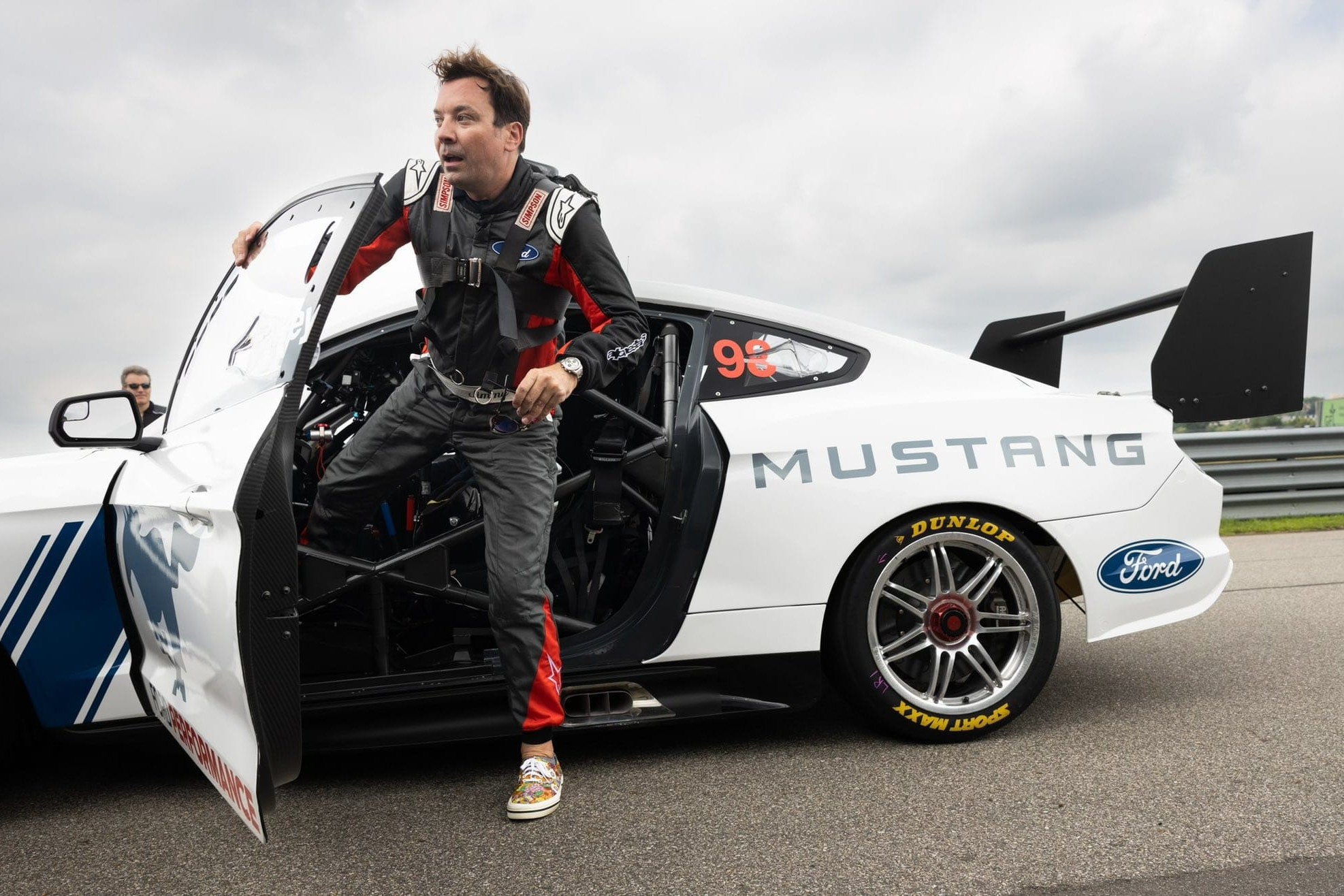 Fallon steps out of the Mustang Supercar

The Ford Motor Company President and CEO is the cousin of late comedian Chris Farley, who like Fallon, starred on Saturday Night Live.

Farley got behind the wheel of a Ford Mustang Supercar at last year’s Goodwood Festival of Speed.

He drove the car up the famous hillclimb in the iconic Shell V-Power Racing Team colours.

Farley completed the climb complete with Scott McLaughlin’s name and DJR’s famous #17 on the window.

Such is Farley’s current involvement with Supercars, that he was part of Walkinshaw Andretti United’s presentation as a Ford team.

Back in May, Farley was on hand to help WAU announce its sensational switch to the Blue Oval from 2023.

So happy to host @JimmyFallon at @Ford. Fun day at the track and the Rouge Electric Vehicle Center in Dearborn, MI surprising our teams building the #F150Lightning⚡️Thanks Jimmy! pic.twitter.com/XaUSROUzcm

"So happy to host @JimmyFallon at @Ford,” Farley tweeted.

"Fun day at the track and the Rouge Electric Vehicle Center in Dearborn, MI surprising our teams building the #F150Lightning.

Fallon replied: "You are so smart, fun and a badass.

"Most importantly - you treat your employees like family and I was so happy to see it all first hand.

"Thank you for inviting me…I told ya I’d come and hang!"

The 2022 Repco Supercars Championship will resume at Sandown on August 19-21. Purchase your tickets now.