The second Coates Hire Newcastle 500 got underway with a 40-minute practice session run in sunny but windy conditions.

A 2017 Newcastle podium finisher, Reynolds led the way after the first runs, with a 1:11.7392s to shade Holdsworth, who is being replaced by Mark Winterbottom in 2019.

Reynolds moved back to the top spot entering the final 10 minutes, which was displaced by further improvements from Holdsworth and van Gisbergen. 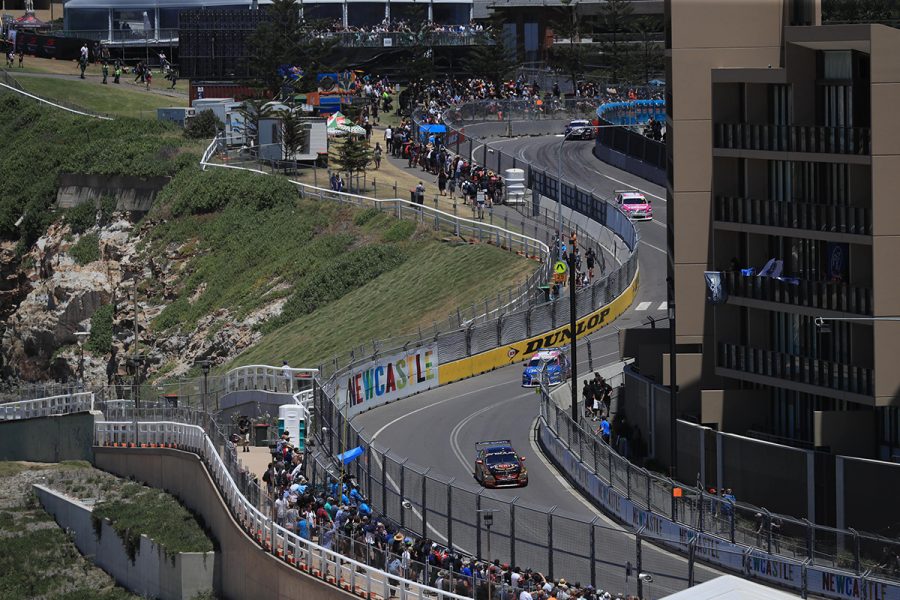 The final run took Reynolds into first place again but only briefly, with Holdsworth reclaiming it moments later with the weekend's first sub-1:11s lap.

"With where everything is at the moment, I need to show what I can do," Holdsworth, currently without a 2019 drive, said.

"I haven’t had the opportunity all year, but finally we’ve rolled out something that’s quite a decent car.

"I’ve got confidence to push this thing, run right up to the walls and things like that. I just love these street circuits and this track, it’s awesome.

"I’m having fun but I’ve got a lot on the mind as well.

"It’s just a wild little street circuit where you can make time if you’re willing to take risks, and I’ve got nothing to lose this weekend."

Van Gisbergen's title rival McLaughlin, who leads by 14 points, was a quiet 15th and 0.7317s off Holdsworth's benchmark.

"The first lap I came around and there was a big tree branch on the track, so that wasn’t that cool,” van Gisbergen said.

"This track is one of the only tracks, it’s up there with Bathurst where you have to build up to it, you can’t just go straight to a time.

"Especially down the hill, you want to go flat, your brain is doing it, and then your foot just comes off, just being a ‘softy’, but it’s an awesome track to drive.

"The wind is a challenge for everyone, but the car feels good, it’s a good start."

Reynolds was third in his Penrite Erebus Commodore, 0.2429s behind Holdsworth, ahead of the lead Tickford driver Chaz Mostert.

In a reliveried Commodore, Lowndes started his final weekend as a full-time Supercars driver with the fifth-fastest time, jumping up from 23rd after the chequered flag.

All four Nissans are sporting pink liveries this weekend to support the Breast Cancer Network Australia.

Jack Le Brocq was the best of the rookies in 12th, while Todd Hazelwood was sixth in the final 10 minutes but fell to 18th.

McLaughlin wound up between Shell V-Power Racing team-mate Fabian Coulthard ahead and Jamie Whincup in the second Red Bull Holden Racing Team Commodore in the order.

In his last weekend with Tickford Racing before joining Charlie Schwerkolt's Team 18, Winterbottom was 24th.