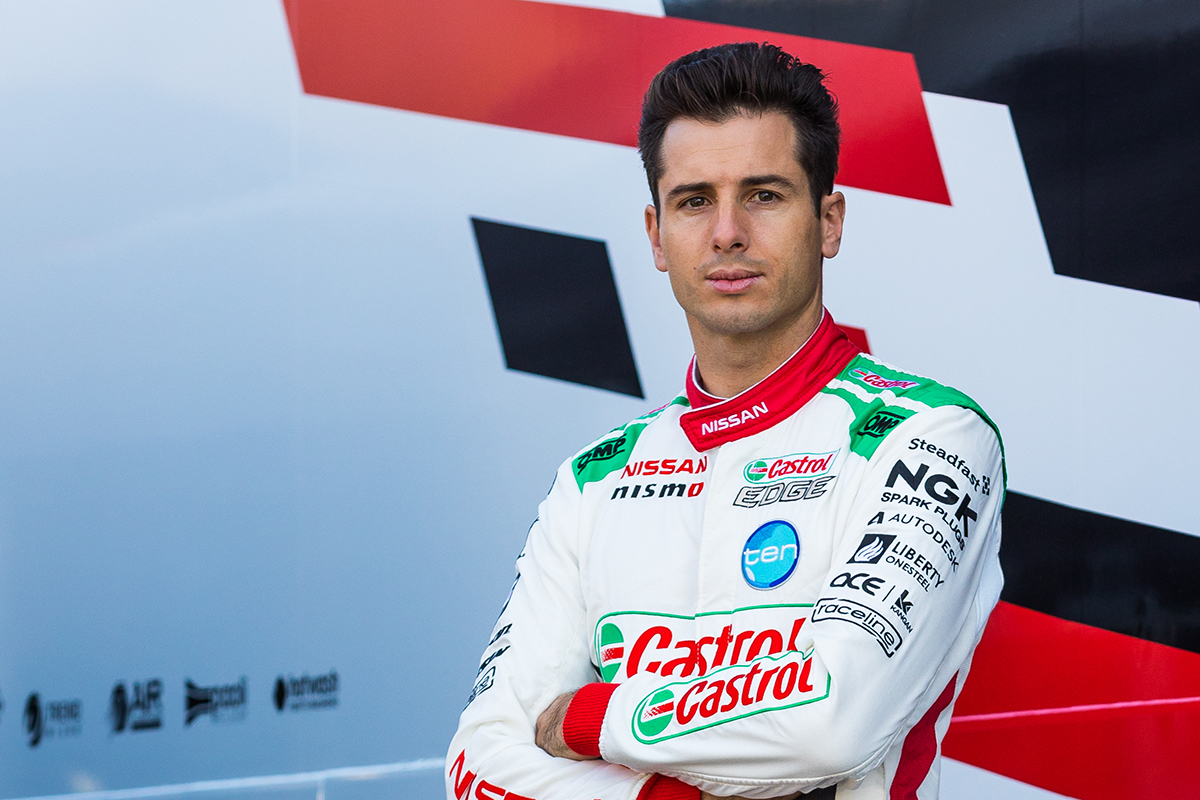 After a brief break in the 2018 Virgin Australia Supercars Championship, the battle for supremacy continues this weekend at Hidden Valley.

The CrownBet Darwin Triple Crown venue hosts the seventh event of the season, the Top End outing invariably one of the hottest of the year.

Located just out of Darwin, Hidden Valley is characterised by a 1.1km long main straight, on which cars reach just over 270km/h. 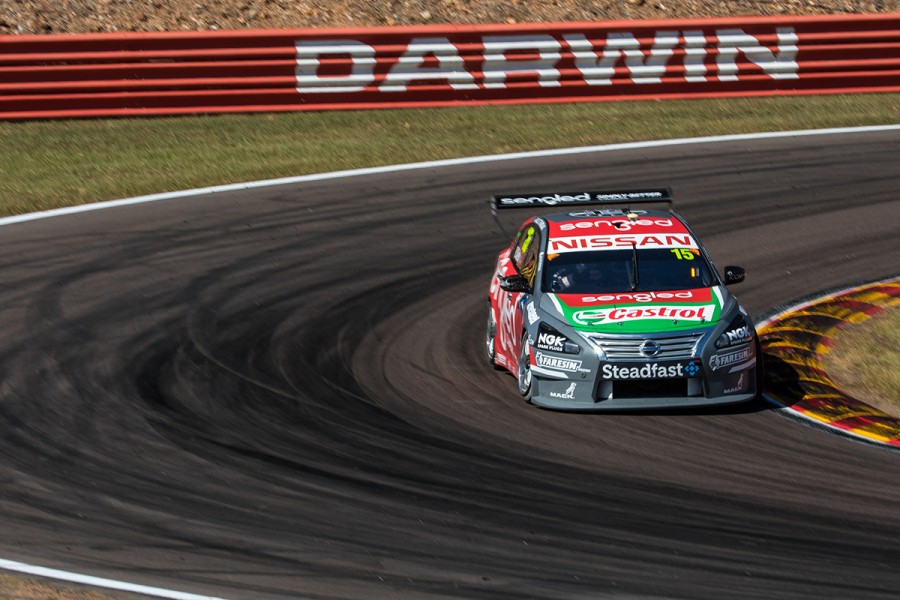 You’ve definitely got to have a pretty flowing car, because a lot of the corners are linked closely together.

The front straight’s quite long and you always see some pretty spectacular brake lock-ups into Turn 1 because you brake straight for probably the first half of the stop but then start to veer into the corner, which obviously unweights the left-front.

It makes it very easy to snag a brake and once you grab it at high-speed, it’s very hard to recover the tyre speed and still pull the car up before the corner.

We see cars going off there a fair bit, but it’s also a pretty good passing opportunity. 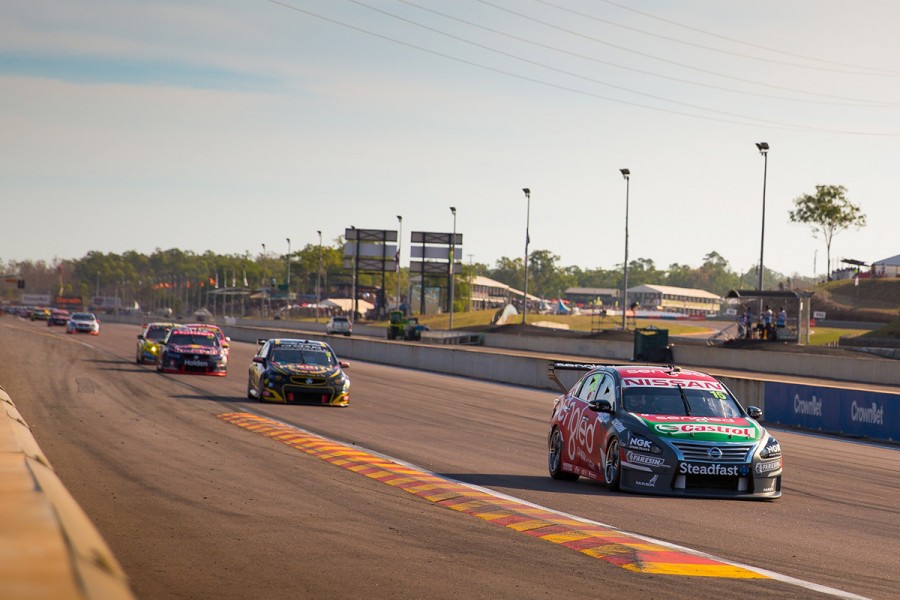 The next section of the track’s a little bit challenging, particularly on the first lap because you run two-wide around there.

It’s pretty risky and we’ve seen some massive crashes since Supercars have been there; it presents a pretty big challenge on the first lap.

The last corner can be a little bit tricky because you want to make sure you get a very good run onto the straight, and have good speed the whole way down that.

But if you’re a little bit too careful on the way into that corner – trying too hard to set yourself up for the run out – you can very easily lose a tenth of a second on the way in, which can be 10 spots on the grid.

So that’s a definite balancing act, to make sure you get a good run out of the corner and set yourself up for a good run down the straight, but not cost too much time on the way in.

The rest of the corners are pretty hard on the tyre. The track got resurfaced for our 2015 round of the championship, so the track grip’s probably - three or four years on - starting to fall away a little bit.

Tyre degradation just from the track temperature will be one for us to work around. 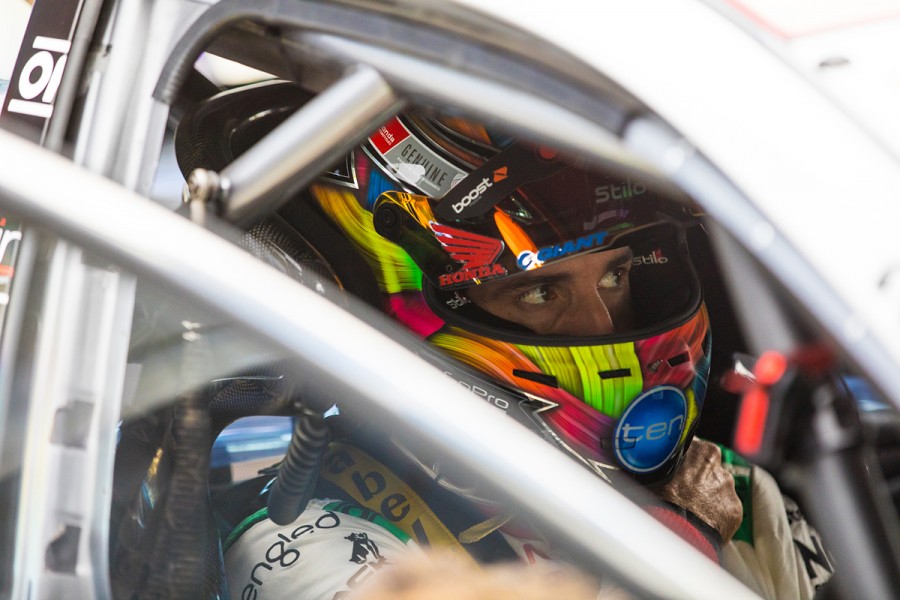 Like any track, for a nice clean lap you need a car that works well. Obviously the challenges with the Darwin circuit are the temperature and the sunlight.

The track is always pretty warm and on a soft-compound tyre it doesn’t take much to get the tyres up to temperature, so you’ve only really got - like most tracks - one lap to get the job done, and that presents challenges.

You want to try to have pretty good drive and look after your rear tyres around the place.

Because of the temperature, you can get your tyres pretty hot pretty quick and they start to fall away. Trying to get on the throttle early, trying to get to 100 percent quickly without any drama is pretty critical.

It’s a track that presents understeer and oversteer issues in different places, and you just try to work through that, but probably the biggest challenge is in the practice sessions.

Because the track’s so hot, every time you go out - even if you don’t change anything on the car - you’re going to go a couple of tenths slower per lap.

It becomes very difficult in those practice sessions to measure the changes you make to the car, to see whether you’ve made a gain or a loss on outright lap time.

Obviously you feel the change, but when you’re coming from places like Winton… Winton’s nice and cool when we race there and you get a chance to really measure the changes on the stopwatch.

In Darwin, it becomes a little bit more challenging to have a complete understanding of what each change has done to the outright lap time.