‘I couldn’t believe my eyes’: The other side to McLaughlin crash 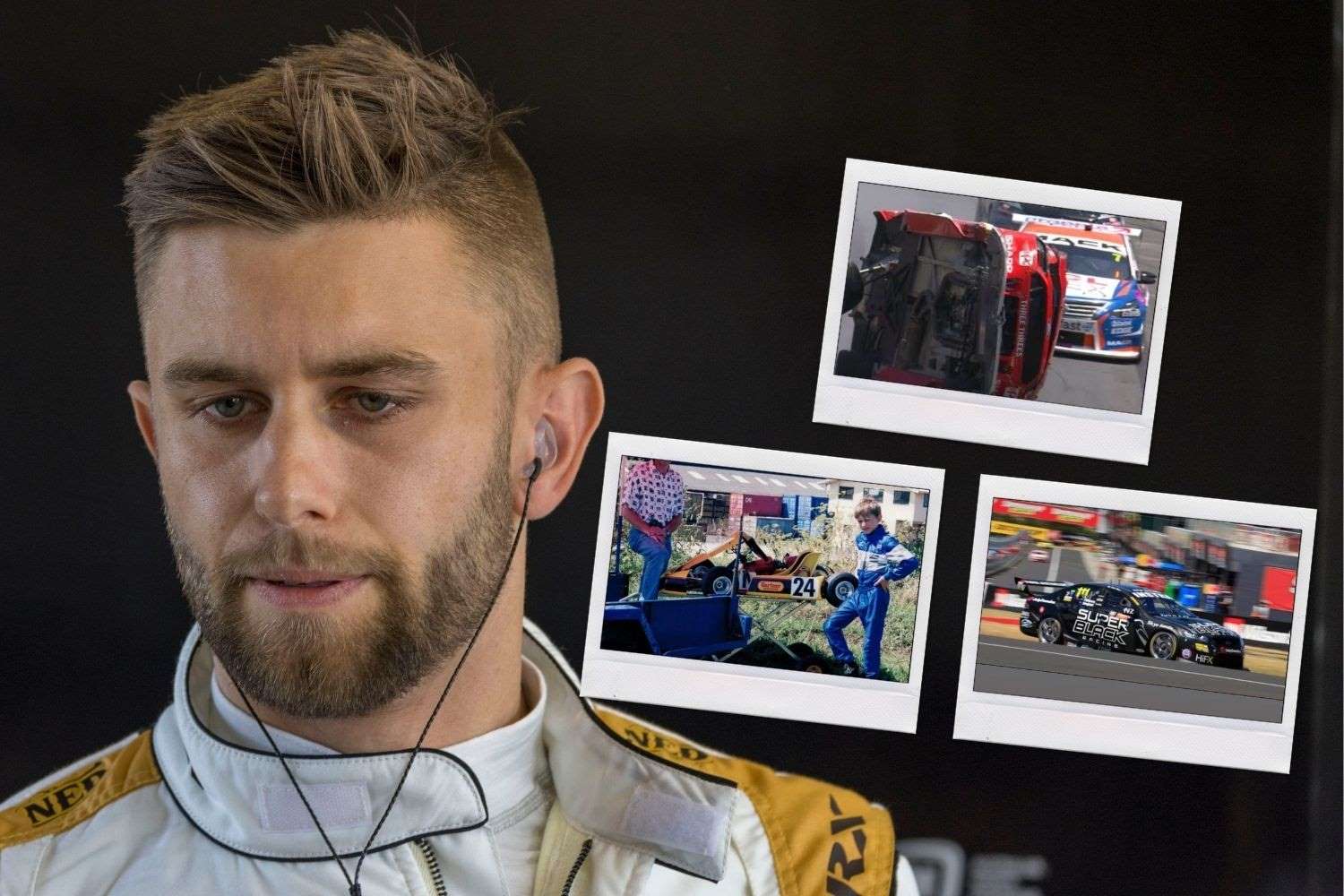 Andre Heimgarnter has opened up about the moment Scott McLaughlin's huge crash unfolded in front of him on the Gold Coast in 2019, saying he "couldn't believe his eyes".

Posting a photo showing the #17 Shell V-Power Mustang on its side with Heimgartner only metres behind, the 25-year-old spoke about the shocking incident.

"It just kept getting worse as the crash played out. We have seen so many people crash there but never roll!"

McLaughlin clipped the wall at the Turn 3 chicane and was sent hurtling into the outside wall before the Shell V-Power Racing Team Mustang was tipped onto its passenger side.

The car then slid down the circuit and collected the inside wall on the run to Turn 4 before it came to a rest.

Telling his followers to "ask him anything", Heimgartner answered a wide range of questions from his favourite holiday spots to his most memorable career moments. 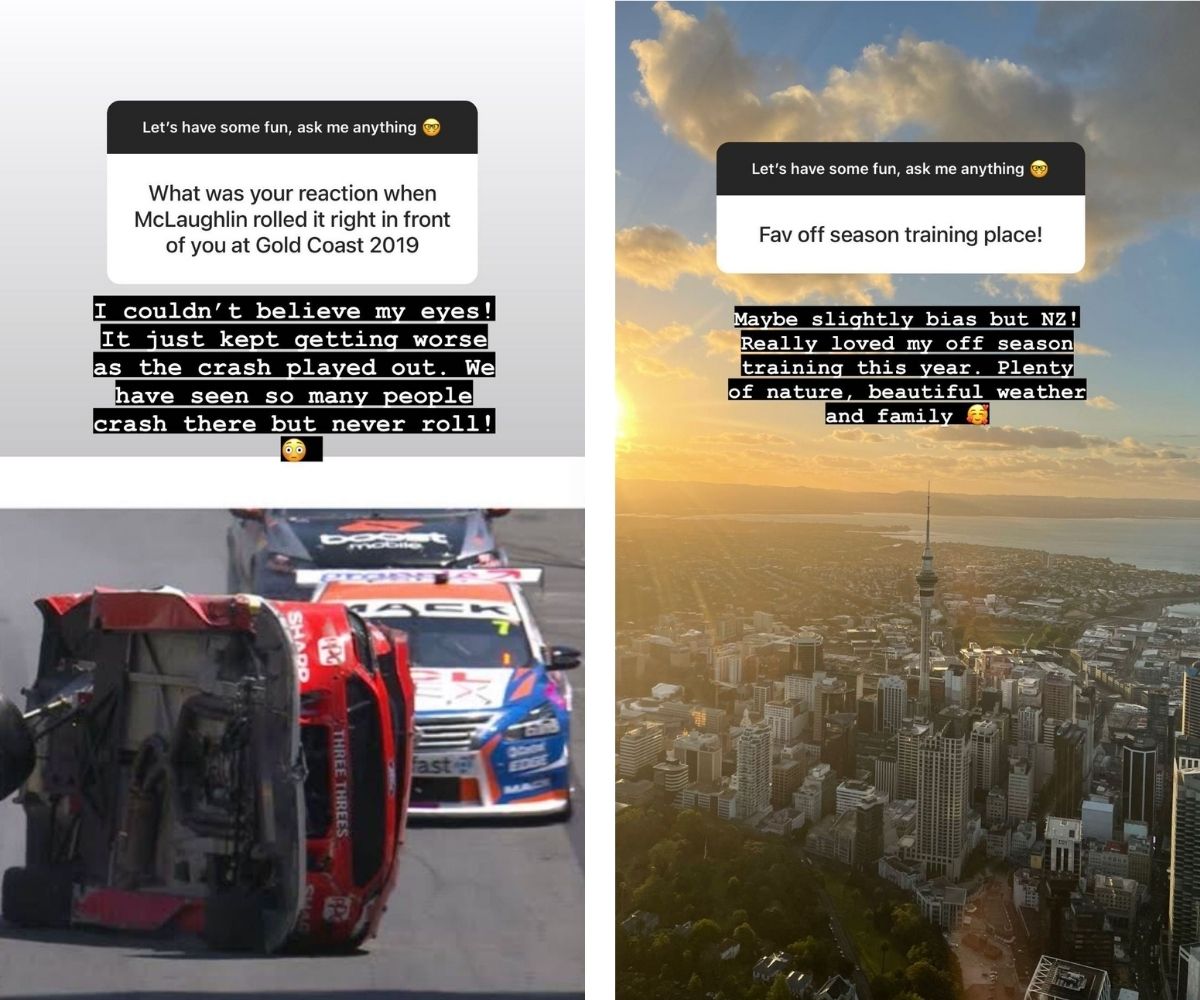 Sharing photos of his early karting days, Heimgartner joked his posing skills needed some work, while he thanked a mutual friend for introducing him to his girlfriend, Jemma Boskovich. 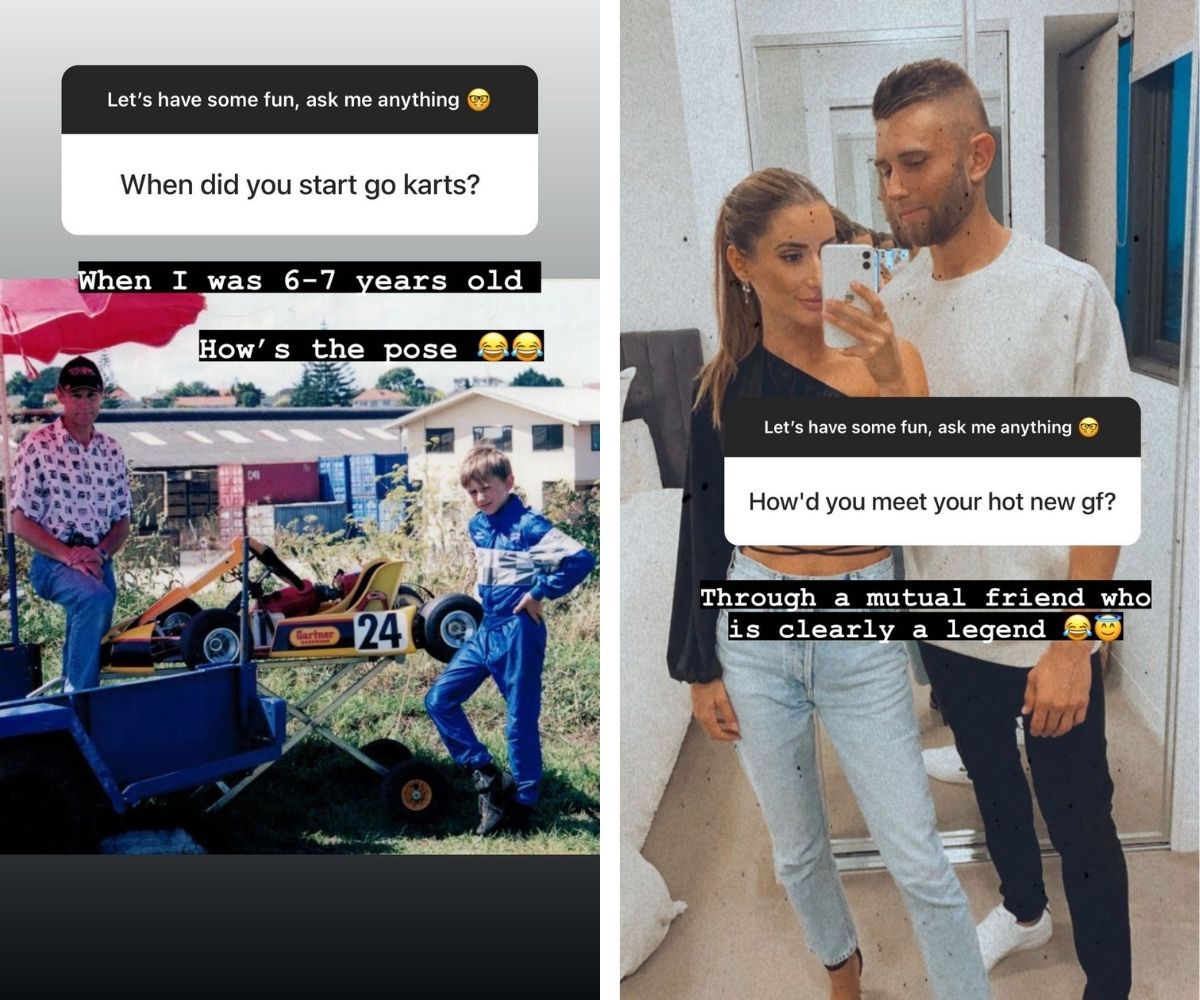 Revealing his most memorable racing moment, he said: "My first Bathurst in 2014 as a young 18-year-old!"

"We were running inside the top six battling with Lowndes and Winterbottom.

"I felt like a race fan who just got put in the middle of one of the biggest races in the world, fighting people I'd looked up to my whole life.

"Unfortunately we miscalculated the fuel and had to pit again with two laps to go." 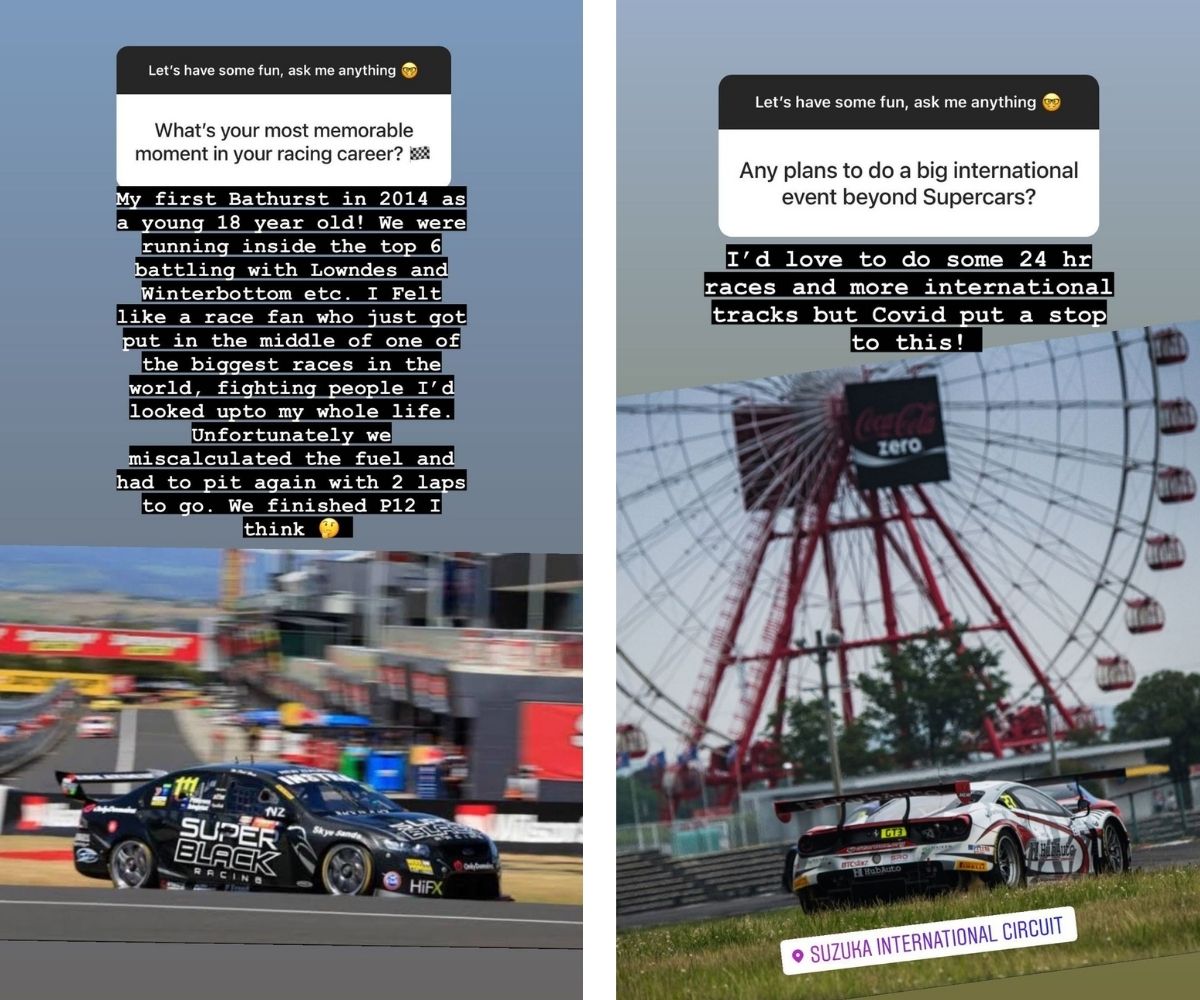 Following the big announcement of Earl Bamber filling the Kelly Grove co-driving seat at Bathurst, a fan asked Heimgartner if he had worked with the 2015 and 2017 24 Hours of Le Mans winner.

Heimgartner admitted he was "looking forward" to the endurance specialist's "massive amount of experience". 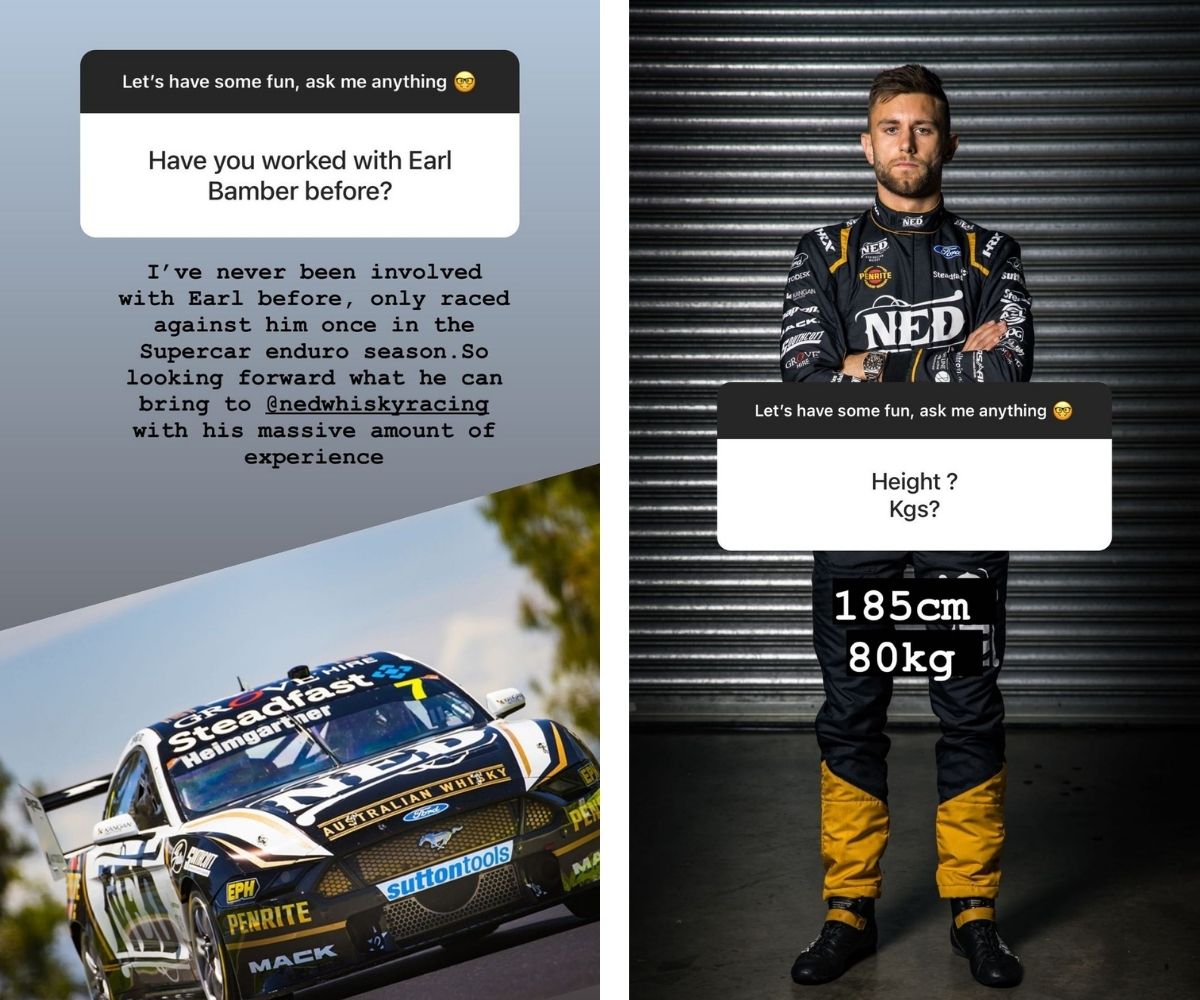 The #7 NED Racing Mustang driver heads into this weekend's Beaurepaires Tasmania SuperSprint seventh in the championship, 10 points ahead of teammate David Reynolds.