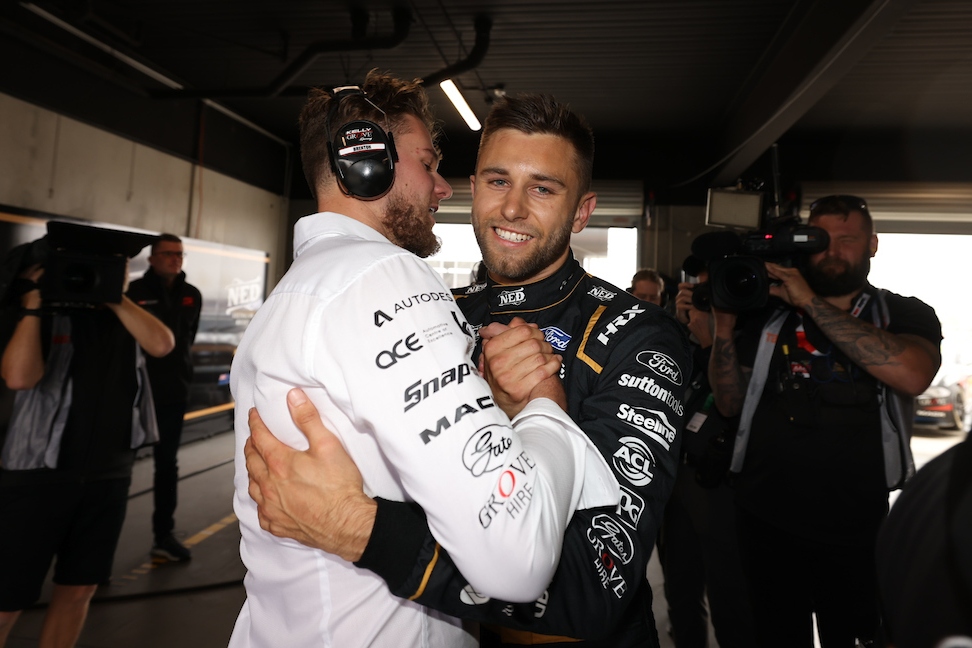 Andre Heimgartner has claimed a second career pole in a major boilover at The Bend Motorsport Park.

Heimgartner was the defining runner in wet conditions, with the Kelly Grove Racing driver scoring his second career pole.

It opens the door for Heimgartner to end his 160-race wait for victory, having claimed a podium at The Bend last September.

Chaz Mostert, who won the last race at Symmons Plains, was two tenths adrift of Heimgartner’s 2:07.856s, with Erebus Motorsport rookie Will Brown scoring a career-best third in the session.

The weather reared its head ahead of qualifying, with Brad Jones Racing suffering worst of all; the four BJR cars filled the bottom four positions.

Mark Winterbottom, who topped the morning’s first practice session, suffered a power steering drama and failed to set a lap in the second 10-minute stanza. 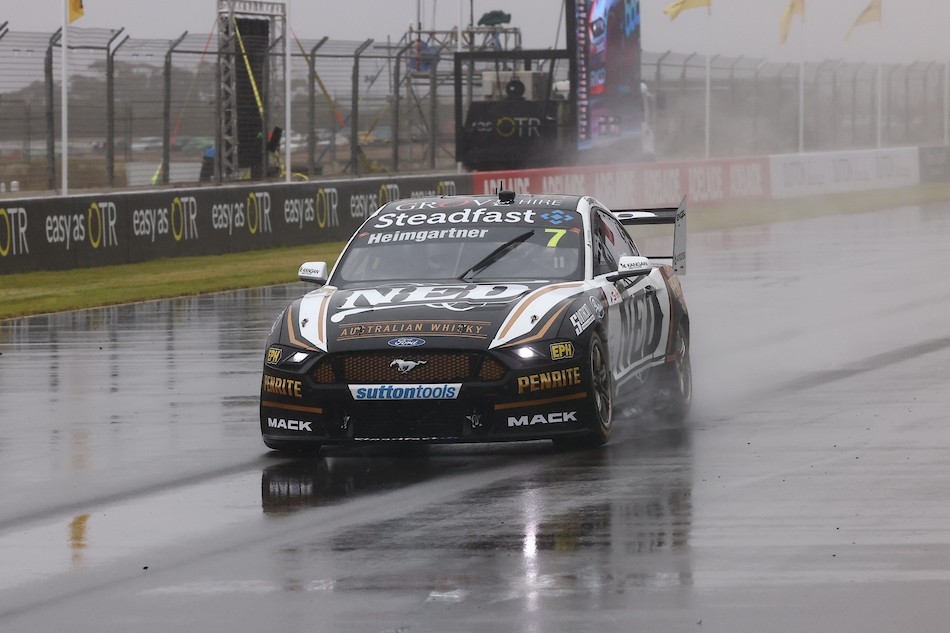 Heimgartner was on song in the wet

The #7 NED Whisky Mustang was on rails in the slippery conditions, but the same couldn’t be said for Heimgartner’s Kelly Grove Racing teammate David Reynolds, who couldn’t match his Practice 2 showing and will line up 11th.

The two Red Bull Ampol Racing entries loomed to miss out on a Q3 berth altogether, before Shane van Gisbergen and Jamie Whincup rose to third and fifth respectively.

The rain remained for the final 10-minute segment of the session, and Heimgartner remained the one to beat, the Kiwi firing in a 2:07.856s.

So confident was Heimgartner with his time, that the 25-year-old returned to the lane in the final minute as the field chased his time.

Try as they might, Heimgartner’s rivals failed to displace the New Zealander, the #7 Mustang to start from P1 for the first time since Sydney Motorsport Park 2020.

Anton De Pasquale was the third and final driver to set a time within a second of Heimgartner’s flyer, with James Courtney and Will Davison filling out the third row. 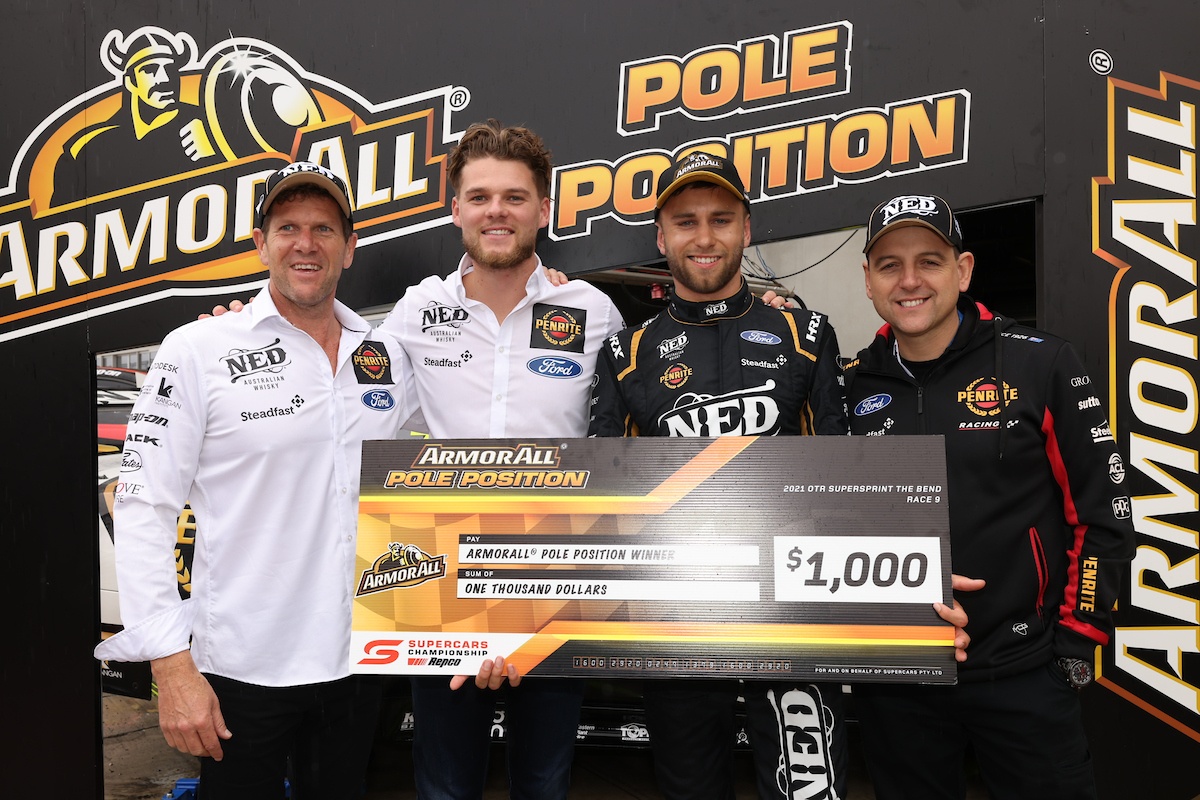 A first pole for the Kelly-Grove partnership

Cameron Waters, who claimed two poles in Tasmania and won the most recent Tailem Bend, pipped van Gisbergen to seventh by just 0.009s.

Whincup and Brodie Kostecki will start Race 9 from ninth and 10th respectively.