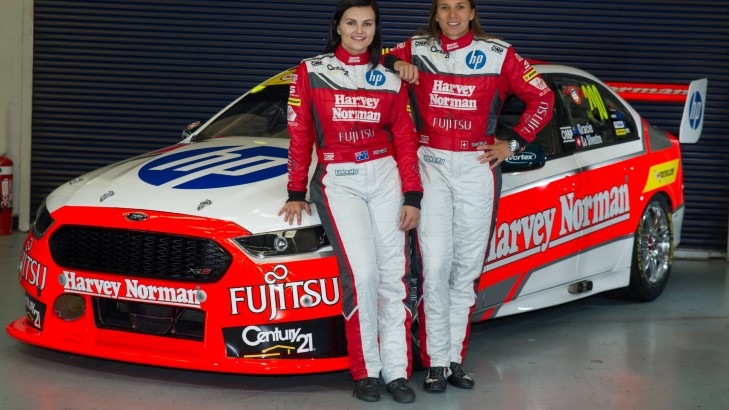 The covers are off the Harvey Norman Supergirls' Ford Falcon FG X ahead of their debut at the Supercheap Auto Bathurst 1000.

Simona De Silvestro and Renee Gracie will run a fluoro scheme displaying sponsors Harvey Norman and HP as they take to the mountain for the first time.

While De Silvestro has had plenty of preparation with the opportunities to jump in Gracie's Dunlop Series V8 Supercar and hit Paul Morris's V8 Experience, today marks the first chance to test the FG X.

The Prodrive crew running the car will assemble at Winton, with Dunlop Series star Cameron Waters on hand to give the a quick shakedown, before the girls get stuck into two days of back-to-back testing at the rural Victorian circuit. 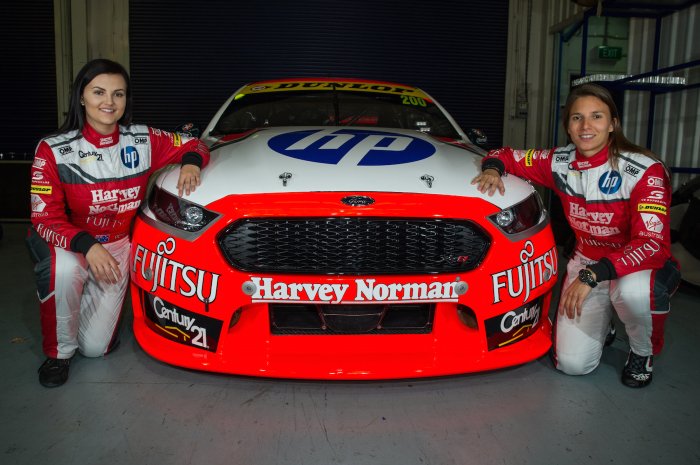 De Silvestro, 26, who contests IndyCar and Formula E, is used to open wheelers and knows it will take some time to adapt her style to the V8 Supercar.

"It's been really cool to be in the [similar] cars already and to feel a V8 Supercar because all my experience has been in open wheel," the De Silvestro said.

"So it's definitely a big change for me and pretty big challenge I have in front of me - but I'm really looking forward to it and think it's going to be pretty good."

The pair is hoping to finish the race this year, with the opportunity to go harder in 2016 as part of the two-year deal. 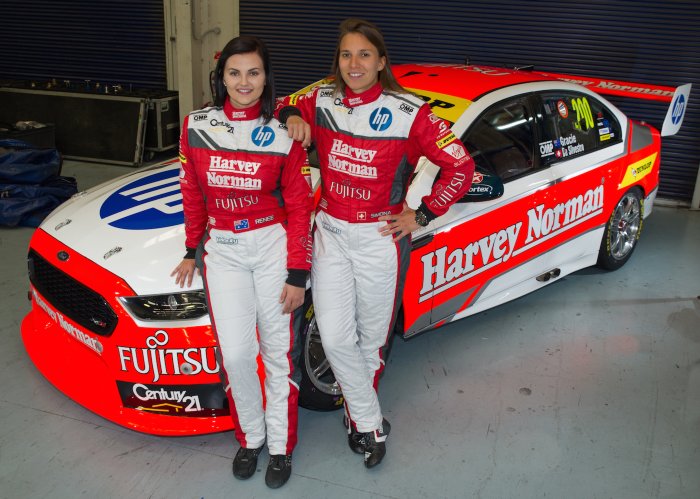 While Gracie, 20, has raced at Mount Panorama previously, both years were in the Porsche Carrera Cup.

In Saturday's Dunlop Series dash she will race a V8 Supercar at Bathurst for the first time, gaining some valuable miles before her hit-out with De Silvestro in the new generation racer.

"It's going to be a massive weekend for me as well, driving two different cars," Gracie said.

"Even though I have been there it'll probably feel like I haven't been there before - with new challenges and new cars I'm going to have to learn. But I'm looking forward to the challenge."

Today it's race suits on with the girls out at Winton for the first day of testing.

"We haven't driven the car we're going to be racing yet, so it's going to be interesting. There's a lot to learn and a lot to tackle in the back to back test days," Gracie said.