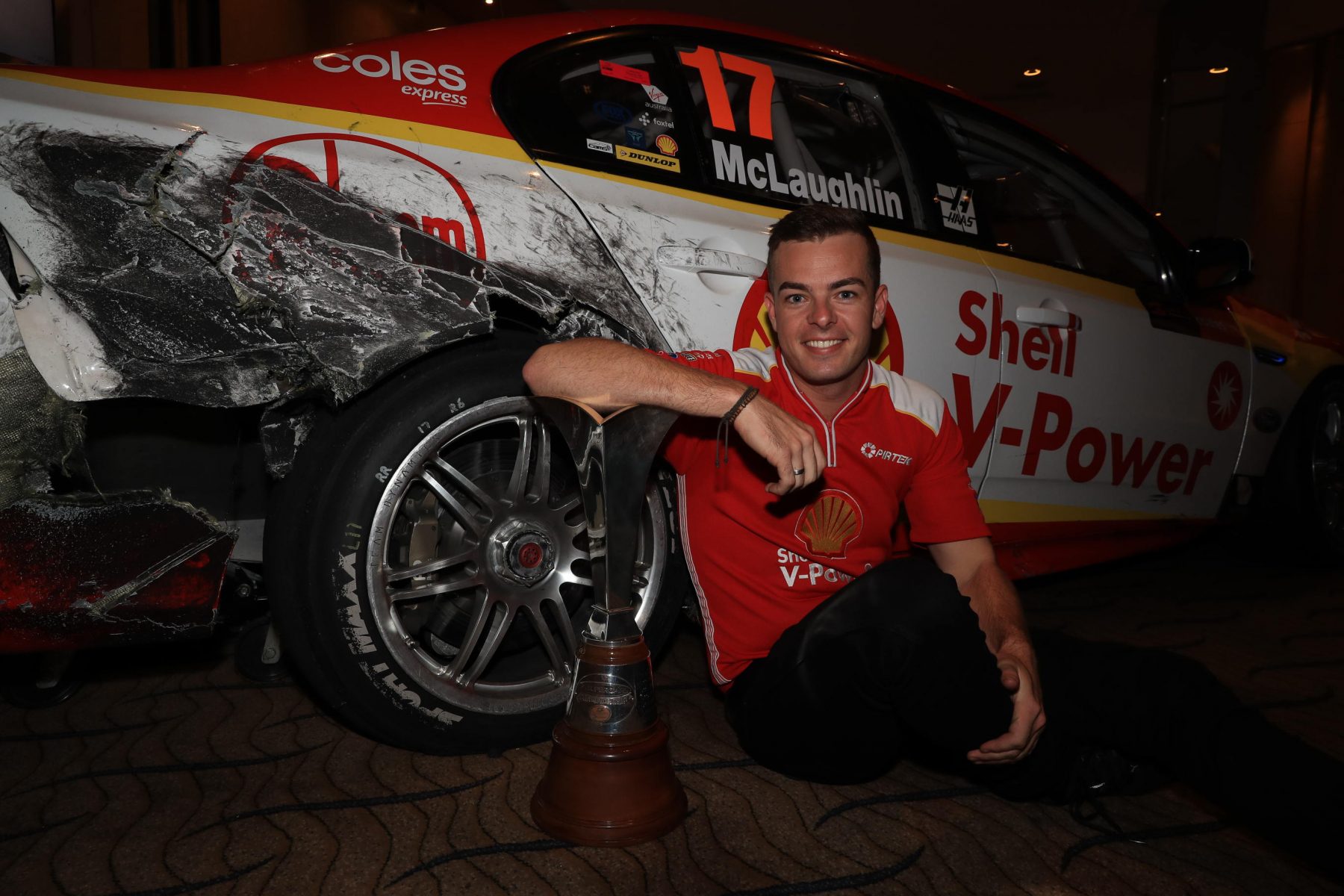 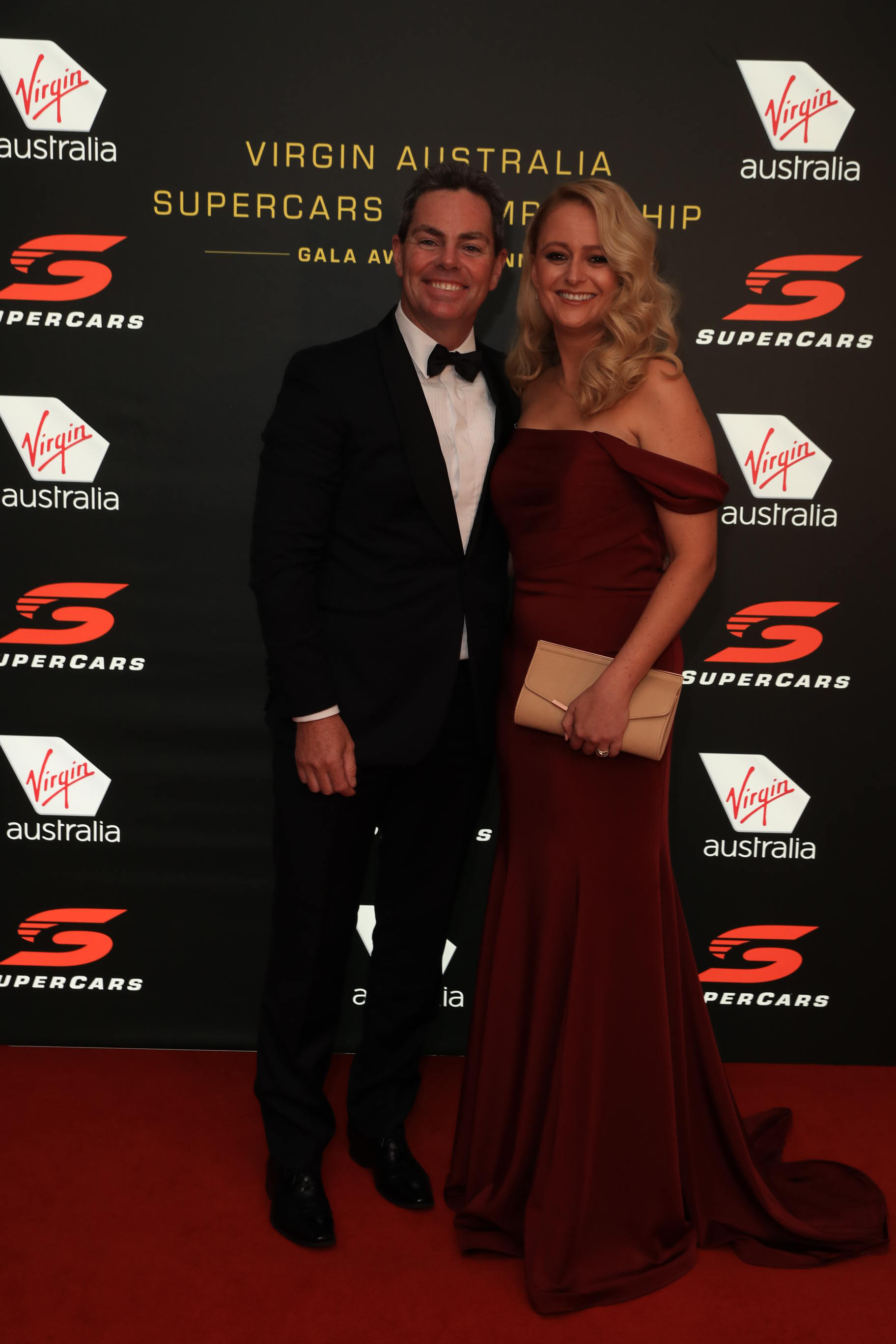 Craig Lowndes, who contested his final Supercars race as a full-time driver on Sunday, and wife Lara on the red carpet. 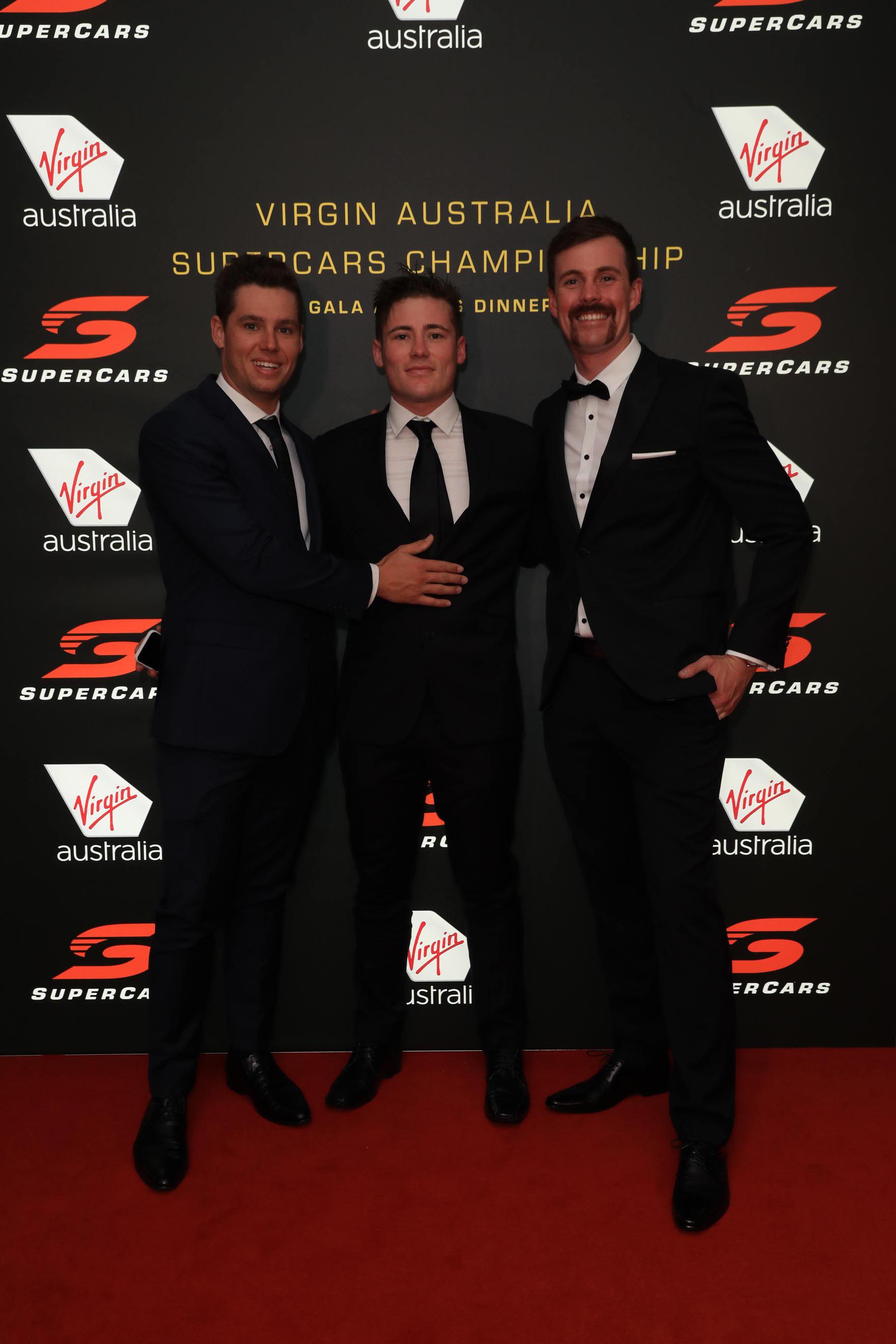 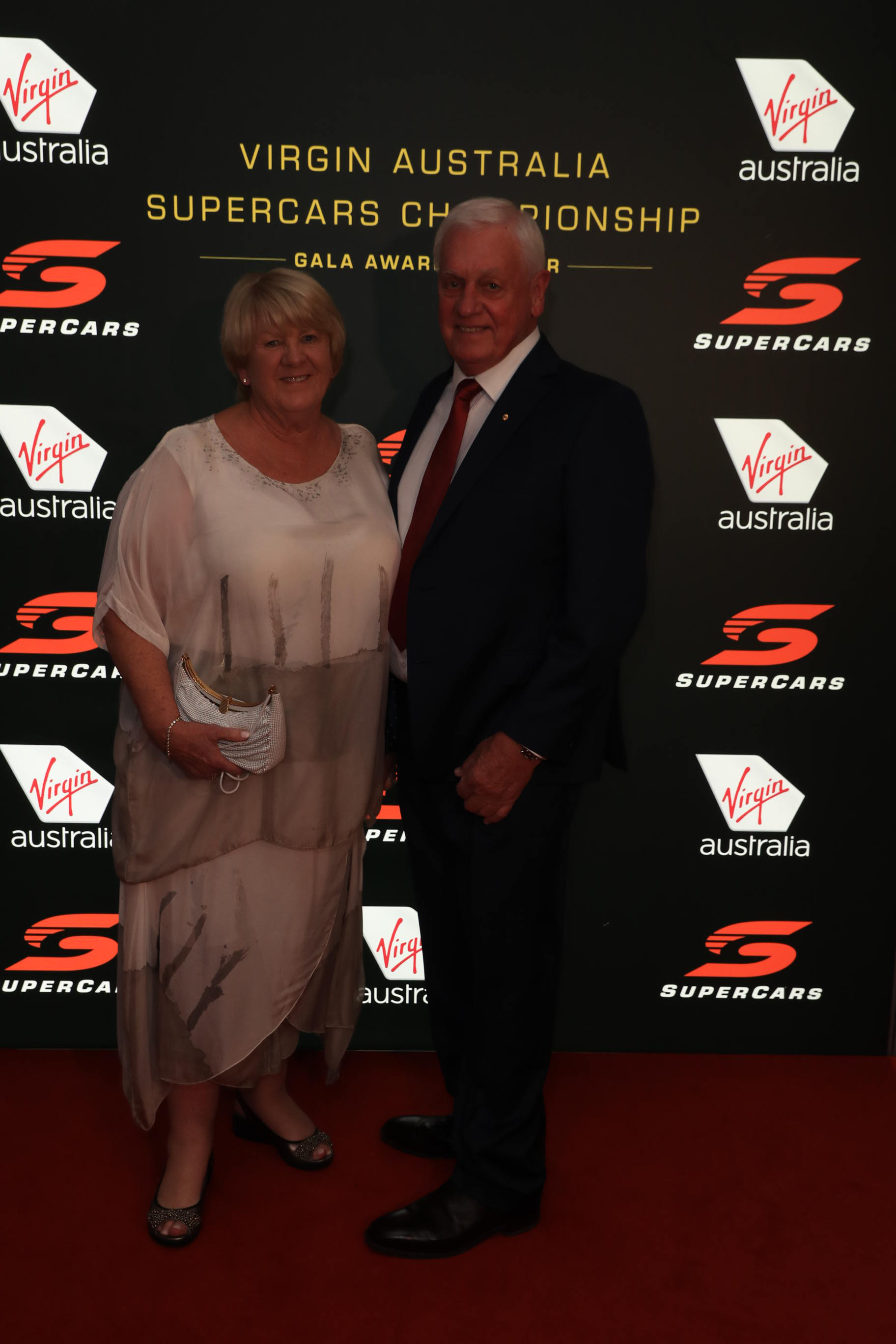 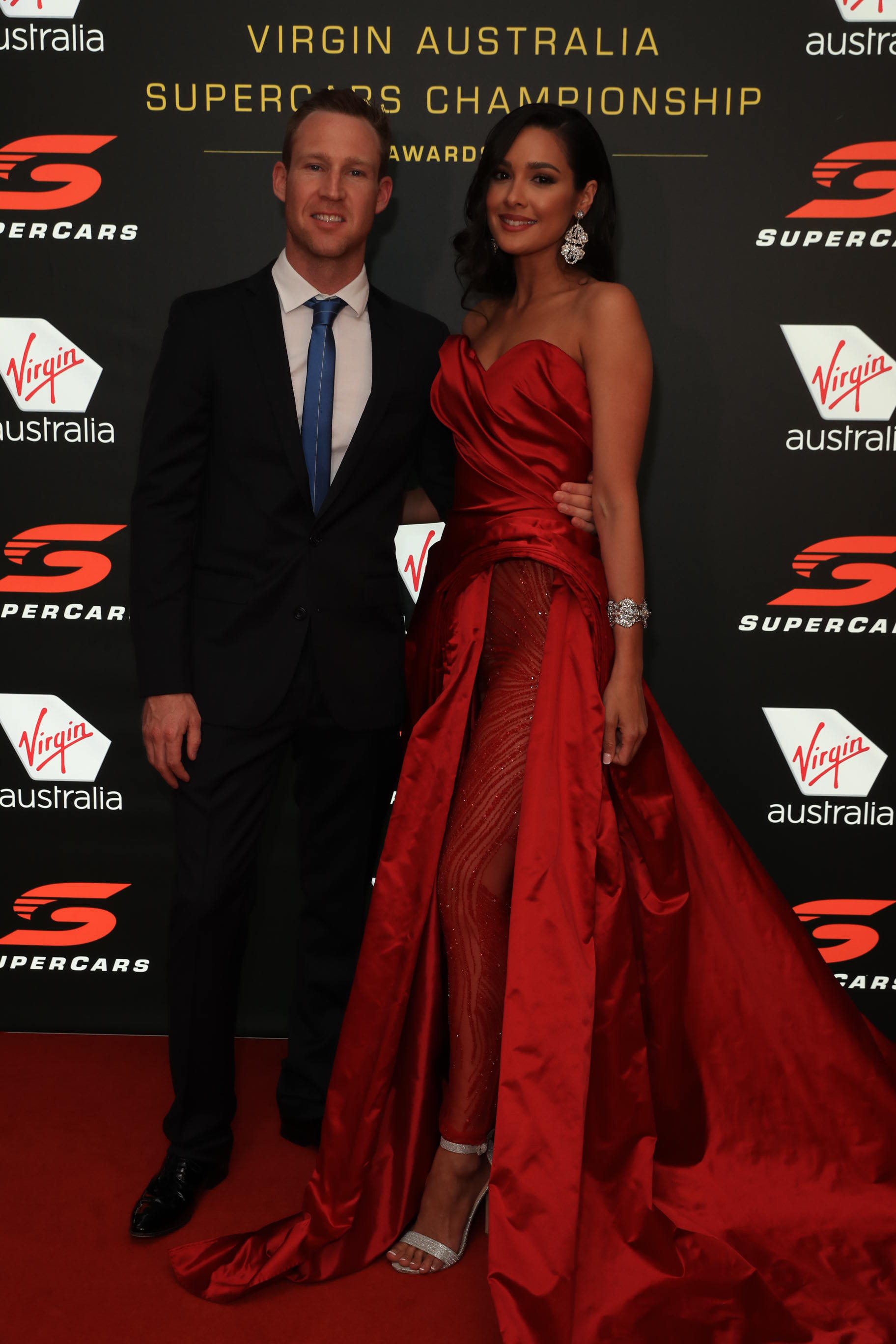 The winner of the Sunday race in Newcastle a day earlier, David Reynolds and partner Tahan Lew-Fatt. 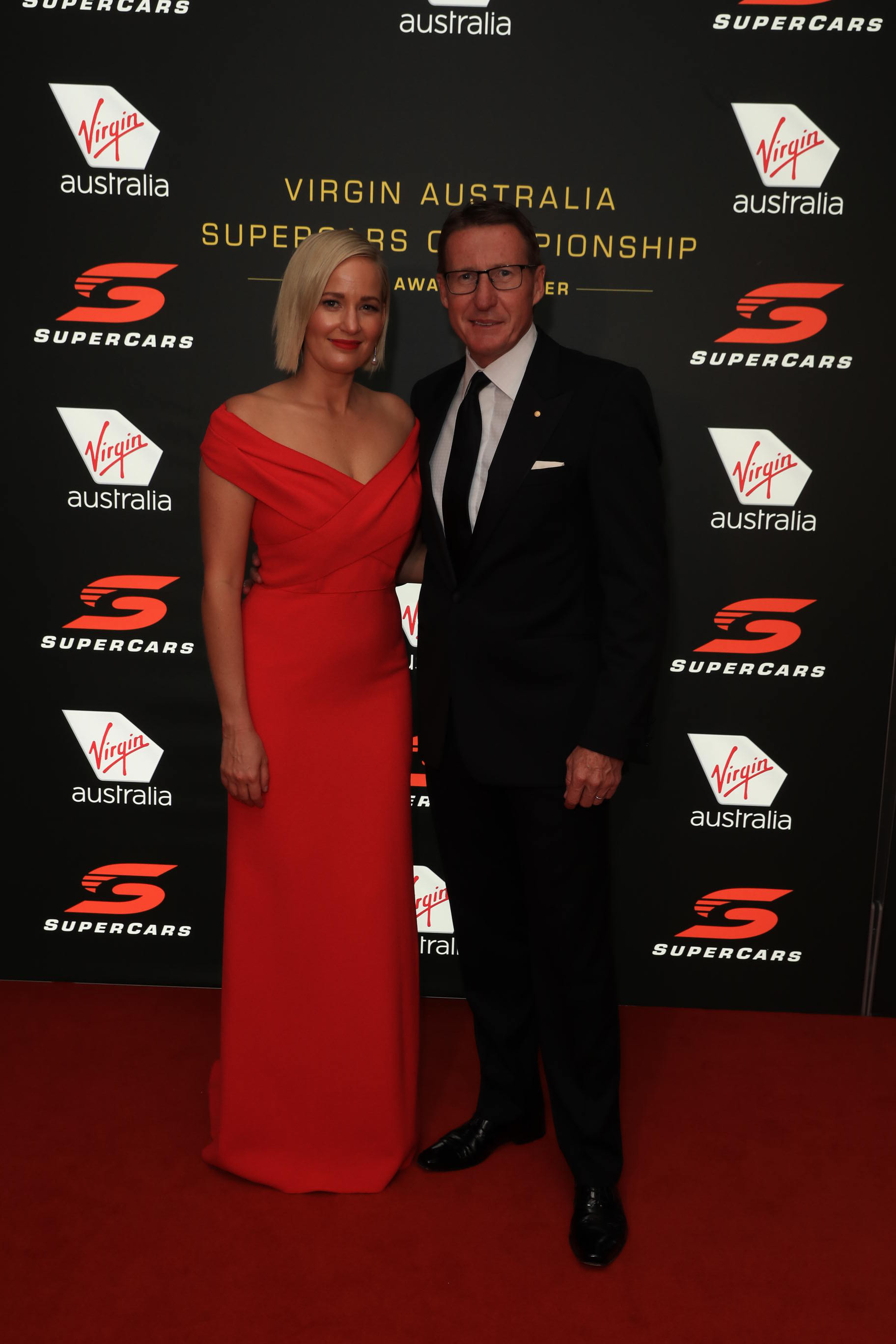 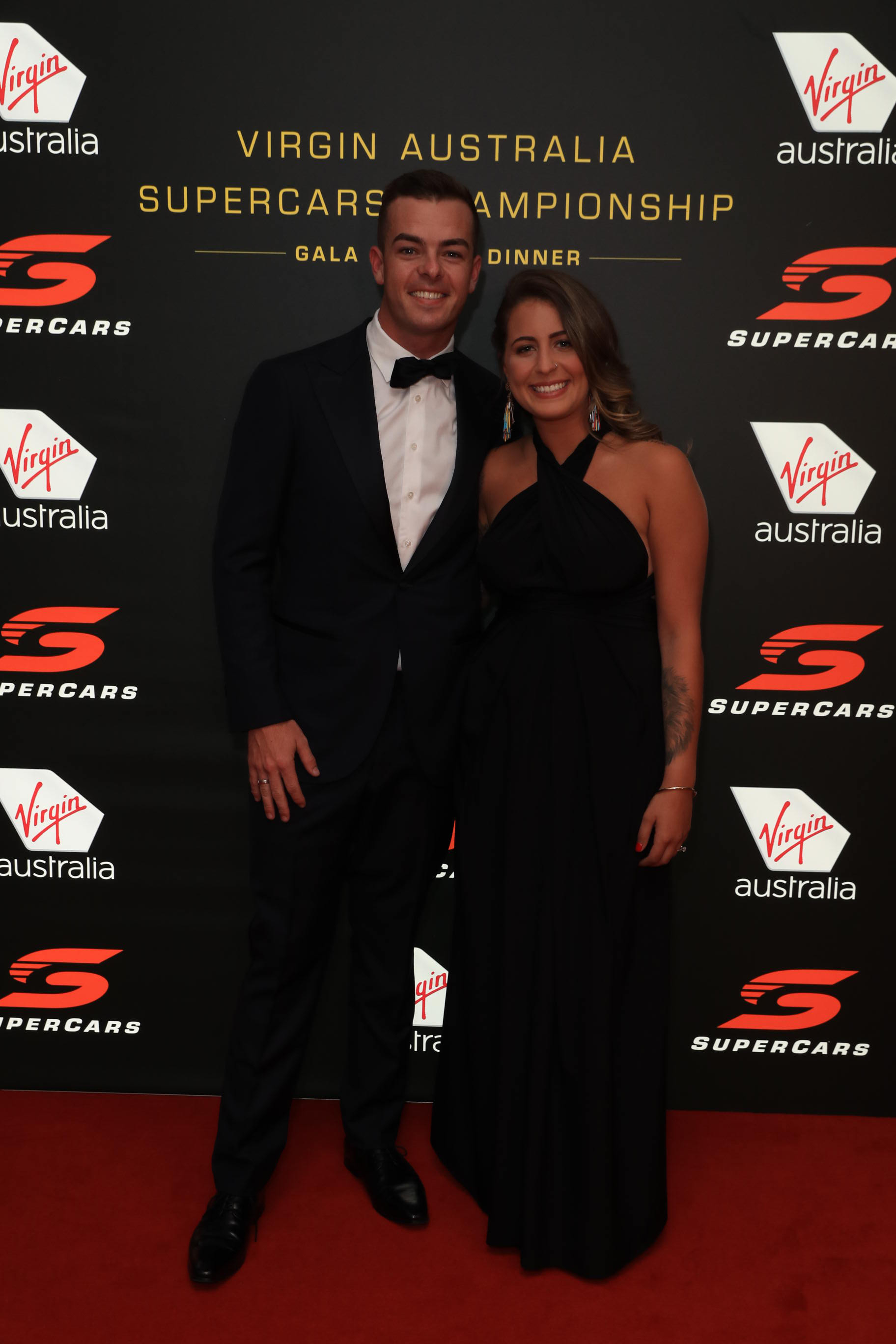 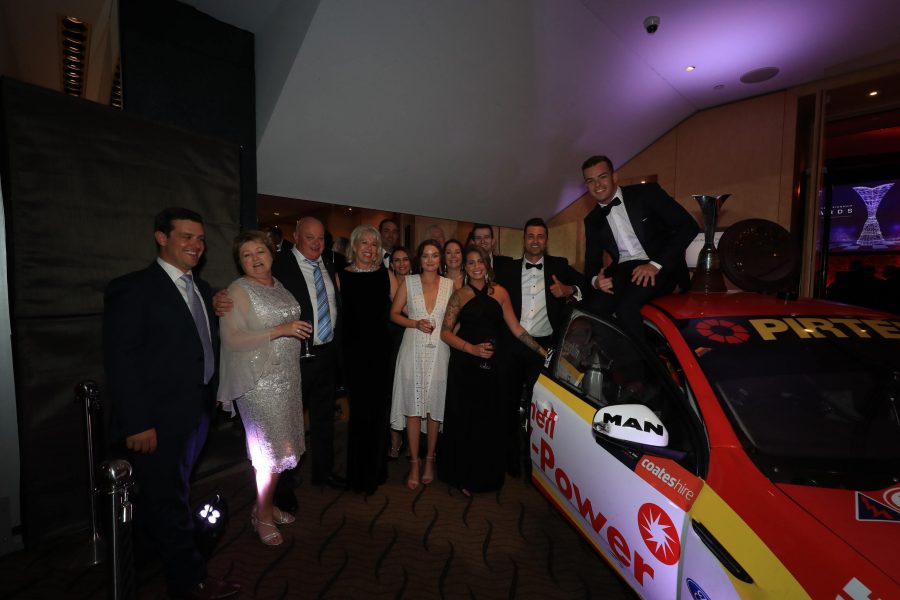 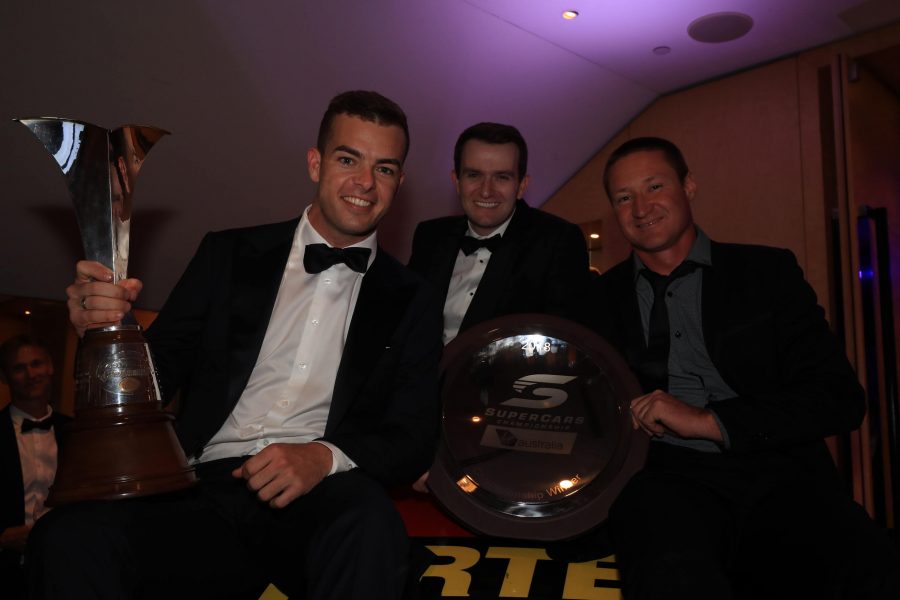 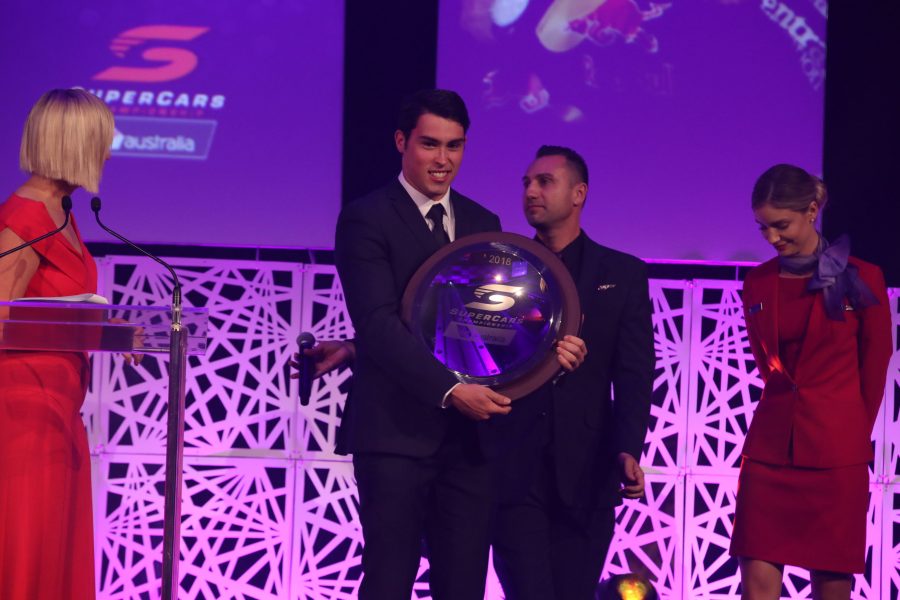 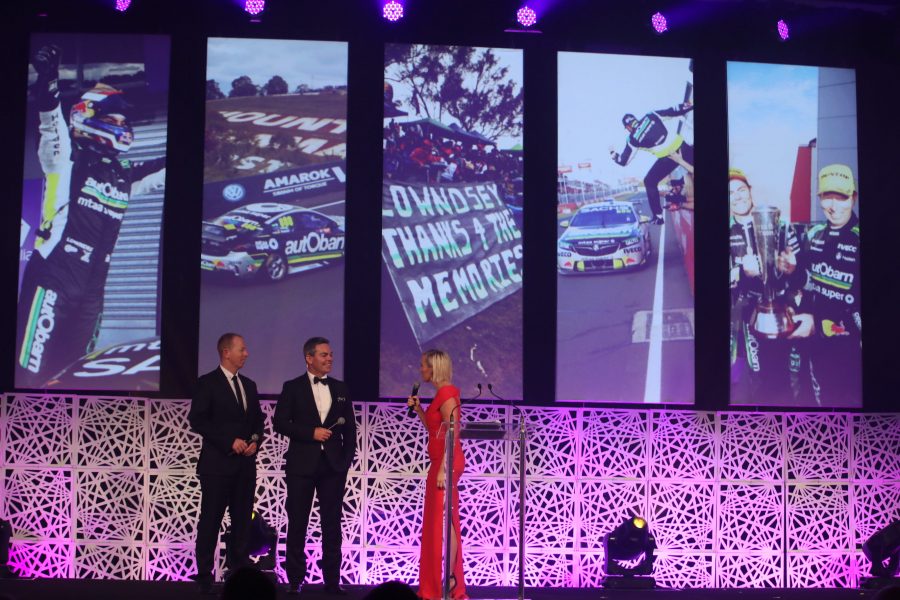 Lowndes' first visit to the stage was with Steven Richards, to acknowledge their Supercheap Auto Bathurst 1000 and PIRTEK Enduro Cup wins. 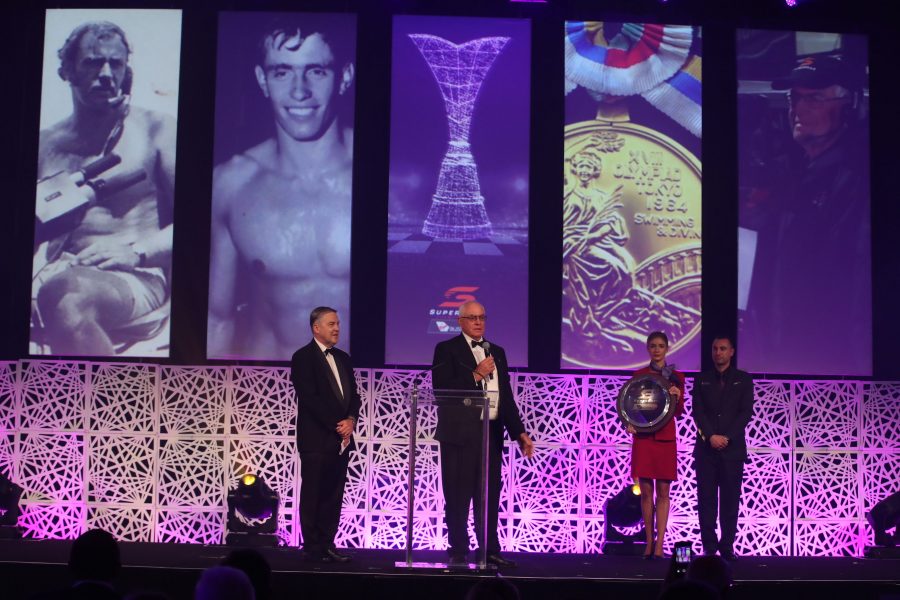 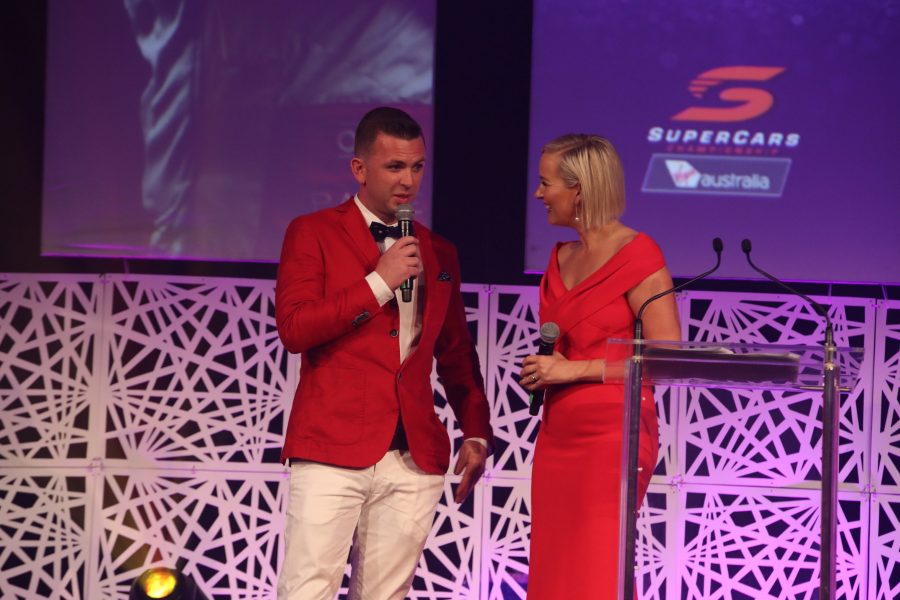 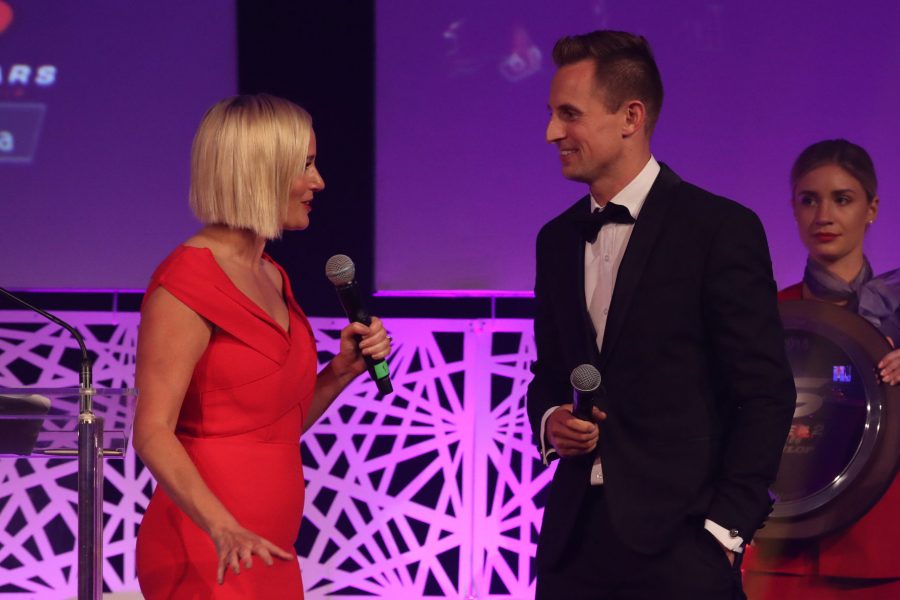 Chris Pither wrapped up the 2018 Dunlop Super2 Series in Newcastle on Sunday, his first and the first Supercars title for Garry Rogers Motorsport. 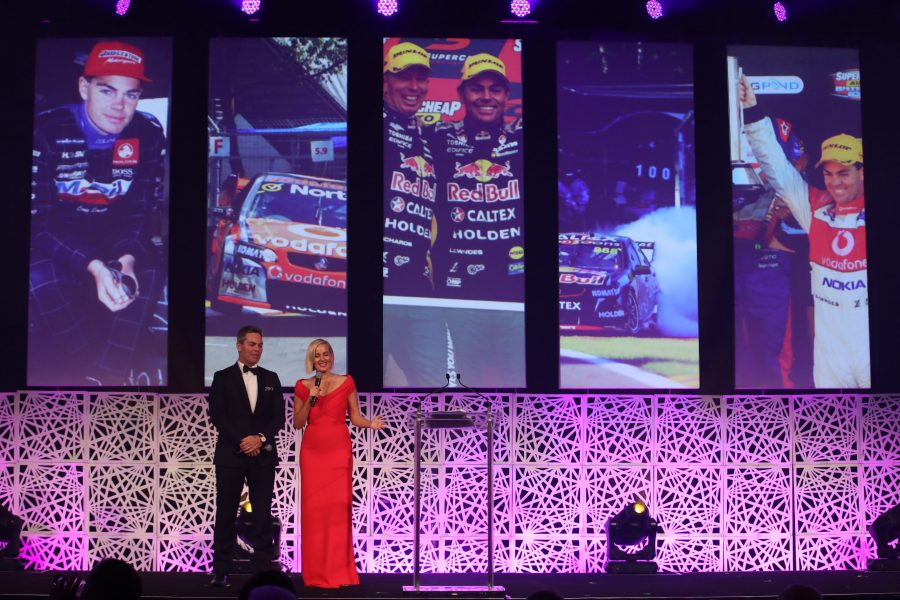 Lowndes received a standing ovation on his way back to the stage to discuss his Supercars career. 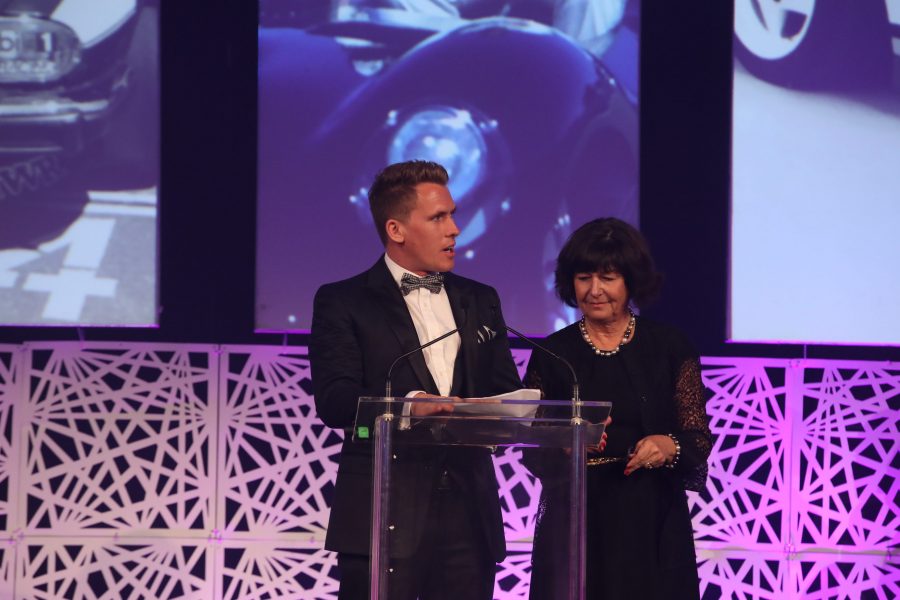 Ryan and Martine Walkinshaw accepted the late Tom Walkinshaw's entry to the Supercars Hall of Fame. 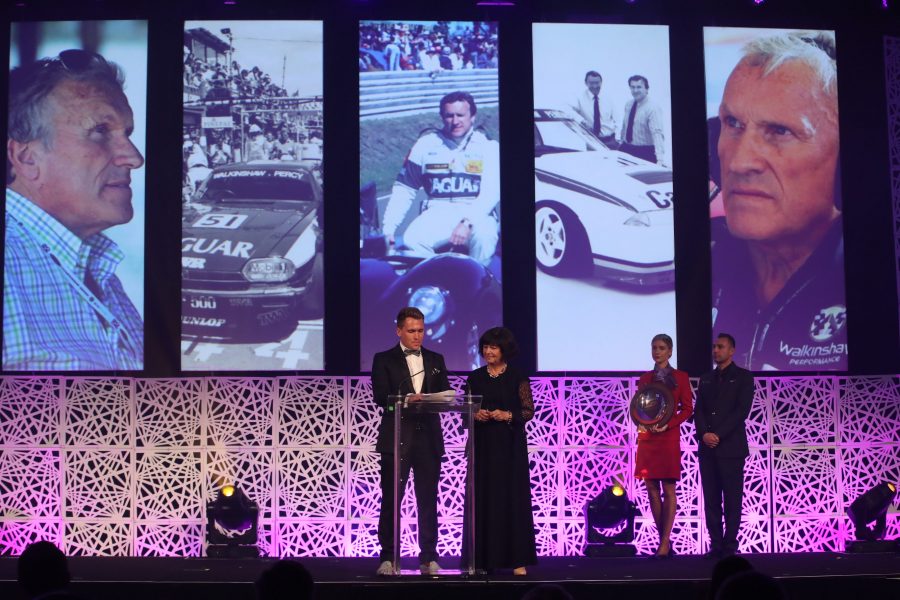 The Walkinshaws shared memories of their father and husband, whose Supercars operation races on as Walkinshaw Andretti United. 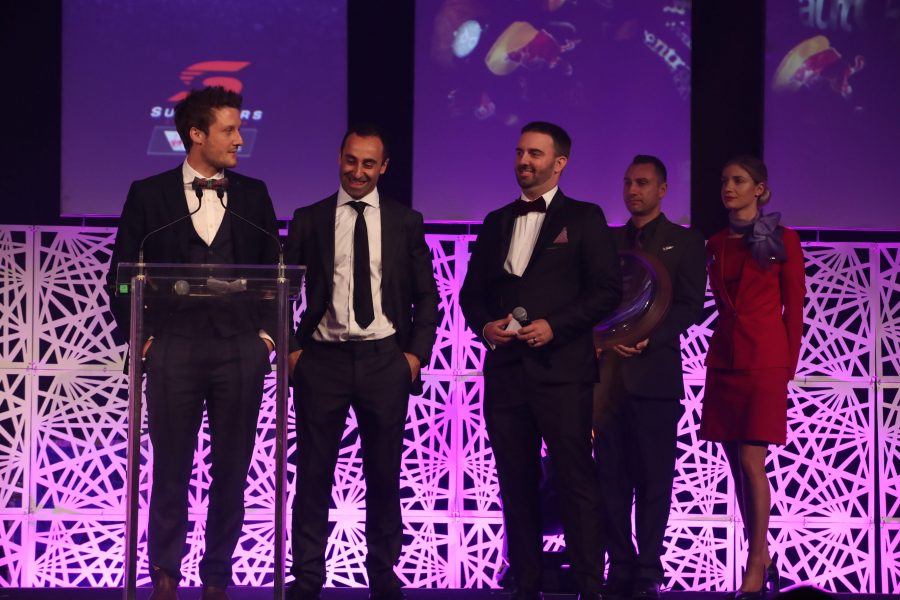 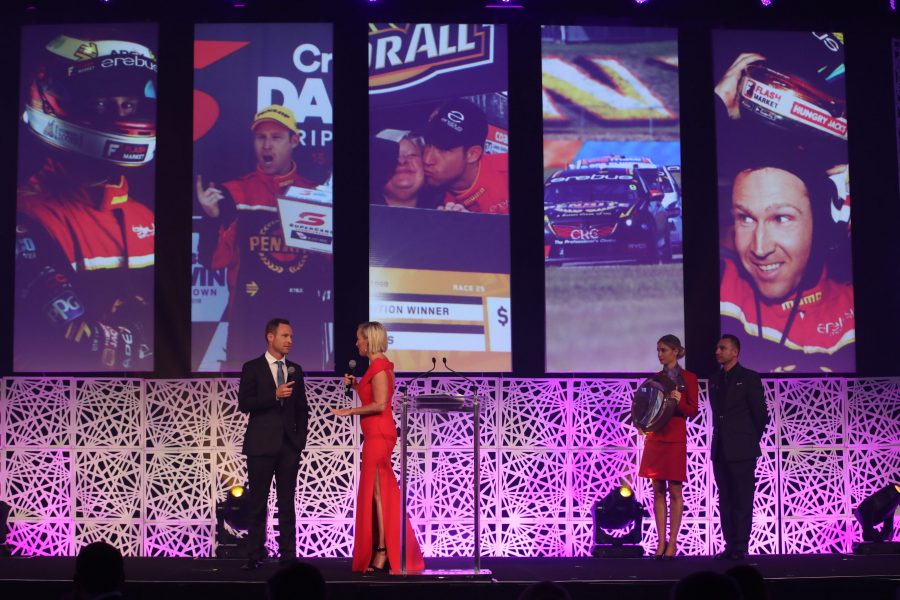 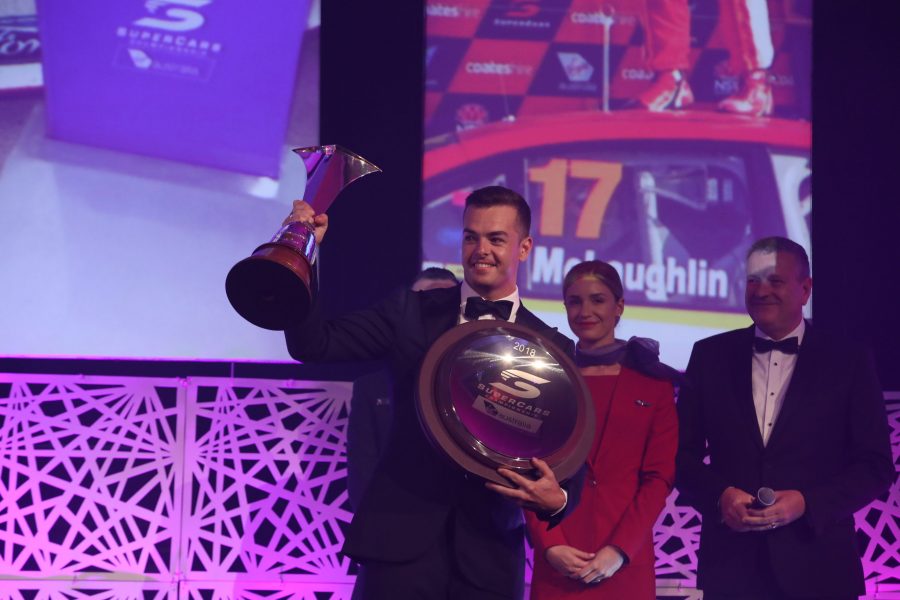 The formalities concluded with McLaughlin accepting the spoils of his 2018 title win.