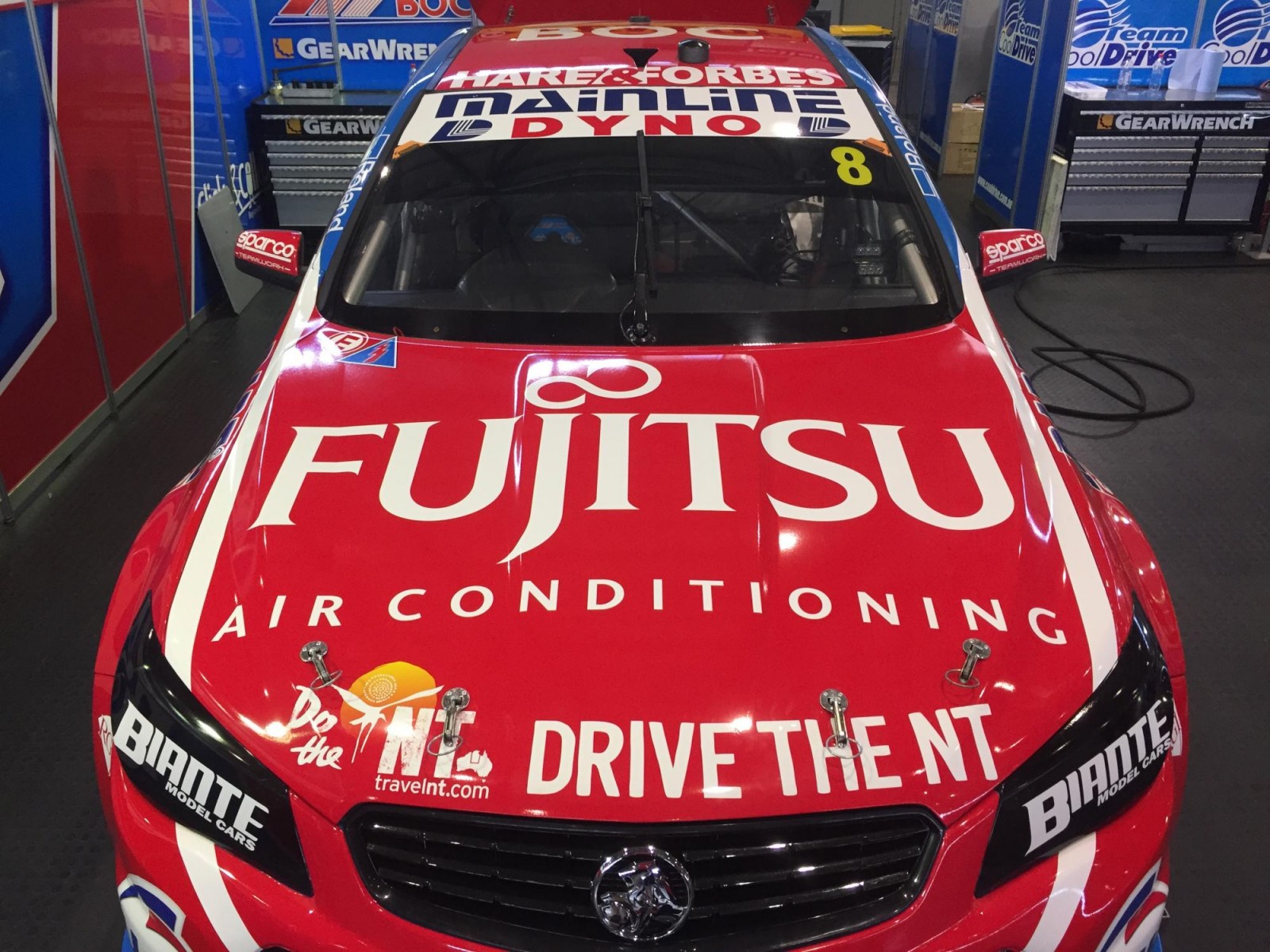 With the final event of the 2016 Virgin Australia Supercars Championship kicking off tomorrow, Australia’s Favorite Air – Fujitsu General has come on board to support Team BOC for the concluding round.

The event marks Jason Bright's last run with the team, before being replaced by Nick Percat next year.

Team owner Brad Jones said: “It’s great to have Fujitsu on the Team BOC Commodore for the final round of the season. It’s nice to see the Fujitsu brand back in Supercars, especially with us.

“Fujitsu have supported Jason in the past, so it’s nice that they are on board for the last ever Homebush event. He’s done well here in years gone by, and finished on the podium last year. Together we’re looking forward to giving Brighty a strong send off at Homebush.

“The additional red on the bonnet with the Fujitsu Air Conditioning logo will definitely stand out on track this weekend.”

Jason Bright and Team BOC will be on track at 11:05am tomorrow for the first practice session of the Sydney 500 finale weekend.