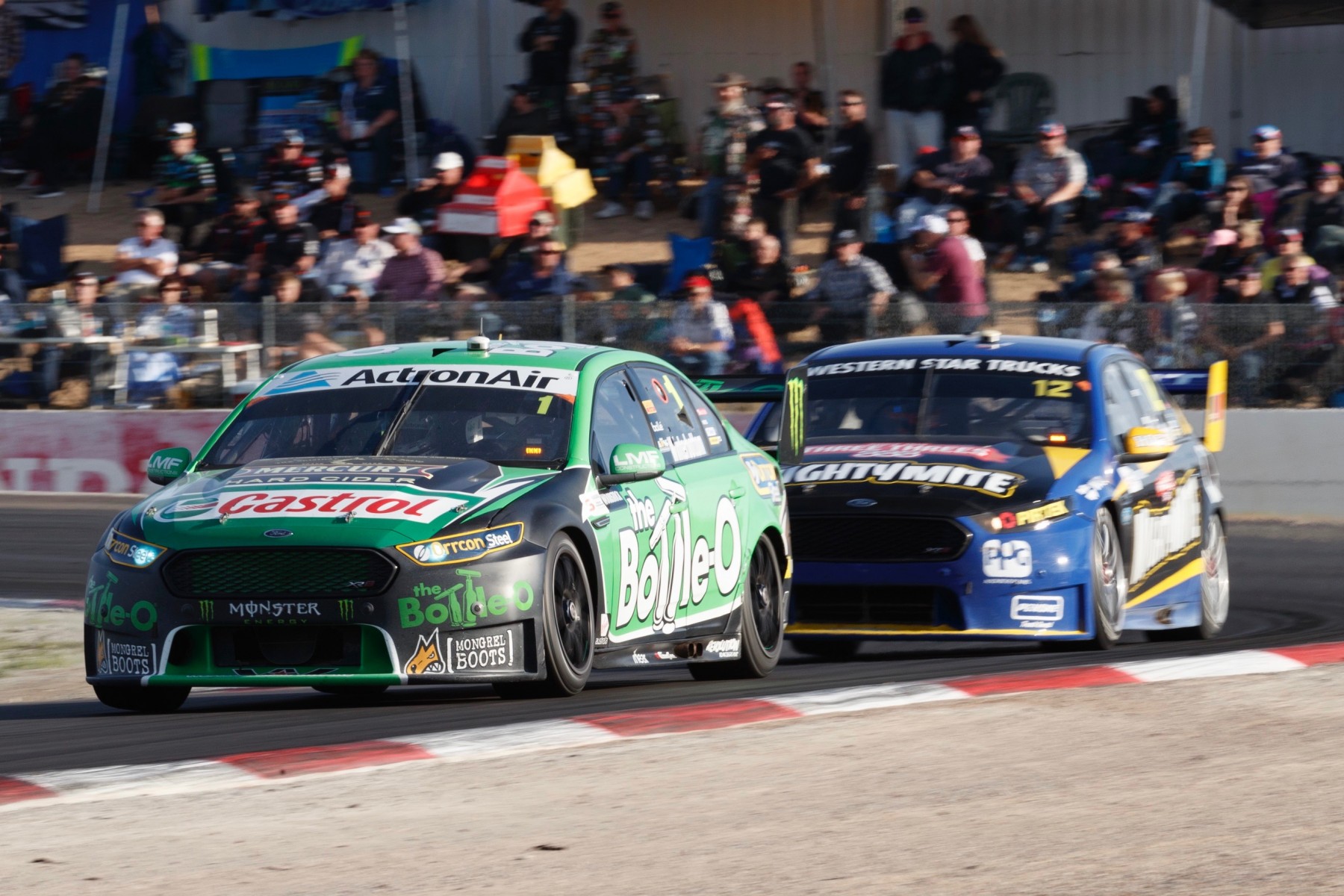 They’re really looking at all the factors and what they need to win – they’re the young team that is cashing in on experience. They’re the team that’s going somewhere – and they offer the overseas opportunities as well.

They’re making a statement with everything they’re doing. It’s scary for other drivers watching where that team’s going, so it’s a great opportunity for anyone to get there.

DJR Team Penske have got very good people – Phil [Keed, engineer who formerly worked at Prodrive] is very smart. They’ve got a good engine program, they’re expanding. So they’re the sort of team that aren’t just saying, ‘this is what we’ve got, let’s find our feet’, they’re constantly searching for more and more.

Scott McLaughlin’s move there unlocks everything.

I’m not surprised, to be honest – it’s a good opportunity and I’m sure the money side of it is a good step up too.

You could tell from day one what was going to happen, whether it was denied or confirmed – it was always going to be a pretty strong option.

I’m not surprised he went there but at the same time it’s a really defining move for him because there’s so many things that come with it – it’s not just the change of cars, a lot of pressure will come with that change.

He’s obviously wanting the challenge and thinks he’s ready to step into another car and take on everything that goes with it.

I think the GRM cars are vey good so I don’t think he’ll hop into another car and instantly go massively better.

I’m sure there’s a lot of driver movement happening behind the scenes now, which won’t get announced until later on because of the way the contracts are written.

He doesn’t have many options now if you look at how it flows on. Where does he go? This has really taken a big team off the floor he could’ve potentially been in discussions with.

The two HRT guys are the next ones to sort it all. To have two drivers off contract at one time is kind of bizarre for a team. I think you’d assume one of the two drivers would for sure stay for continuity – but I wouldn’t be surprised with anything that happens.

Out of the next crop, I’d say Courtney’s the one in demand, so we’ll see where he goes.

We’ve got Nick Percat – does he come across to Walkinshaw Racing? Courtney’s got pressure from younger guys who will ask for less money but with less experience.

But he can negotiate just with that team because his options are probably limited now. They can probably keep it internal and we won’t really know when that deal’s done – it might already be done. He’ll be the next one that starts the whole puzzle again.

People talk about youth versus experience, but the experienced guys are still very good.

Everyone always expects an age limit to come in and slow you down but it just doesn’t happen. You’re still racing Whincup, Lowndes, Tander, the same people – those blokes are still very good.

Where does Scott Pye fall into it … and what does GRM do?

Whether you’re seeing signings or not, there’s definitely stuff going on in the background. The first piece of the puzzle is usually the biggest piece and then everyone’s got to react to that – discussions would already be in place but you’ve just eliminated options from people’s list.