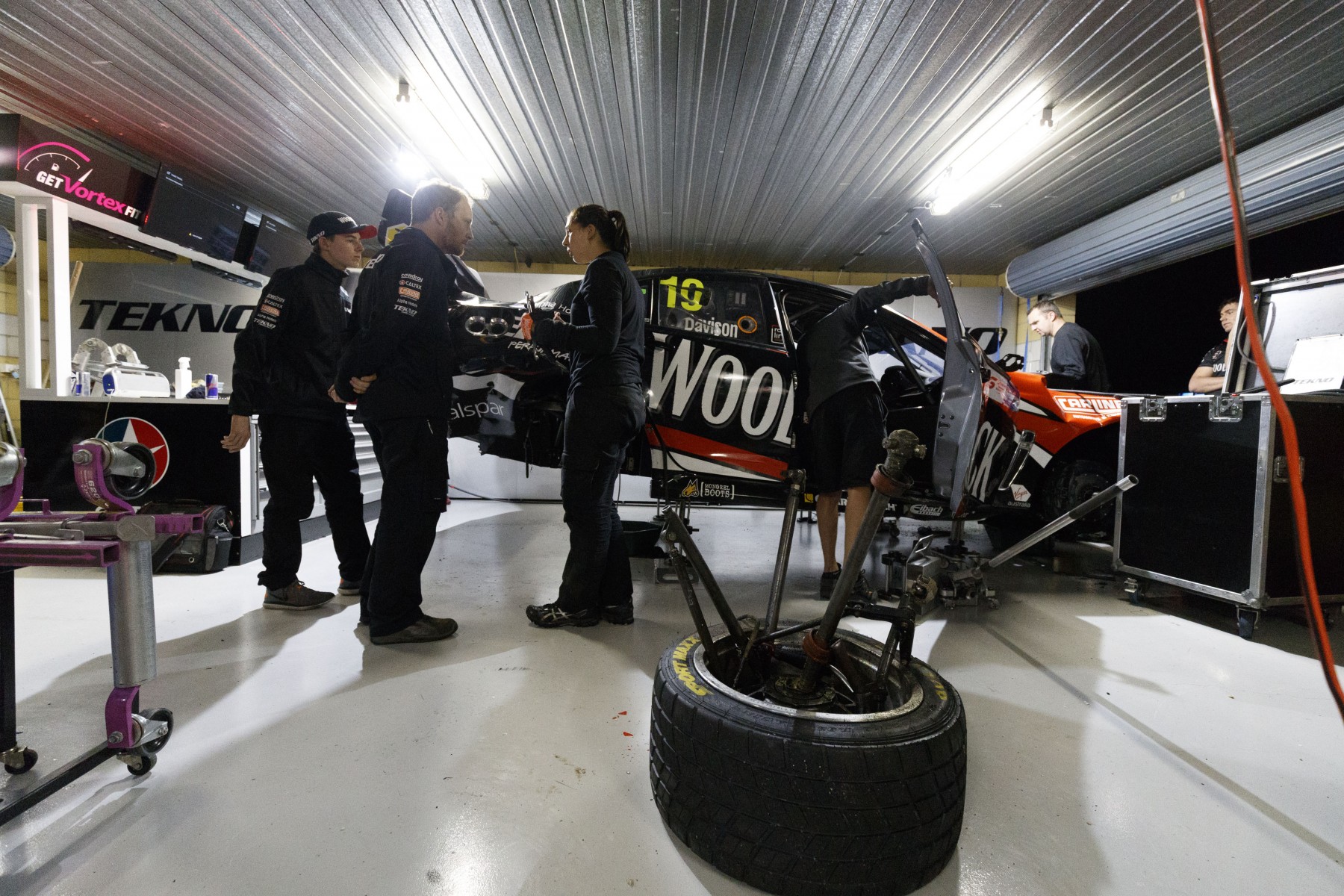 Four cars have already been ruled out of Sunday’s race at the Tyrepower Tasmania SuperSprint following today’s carnage.

The cars of Will Davison (Tekno Autosports), Rick Kelly (Nissan Motorsport), James Courtney (Mobil 1 HSV Racing) and Taz Douglas (Lucas Dumbrell Motorsport) have all been declared too heavily damaged to be repaired at the circuit. 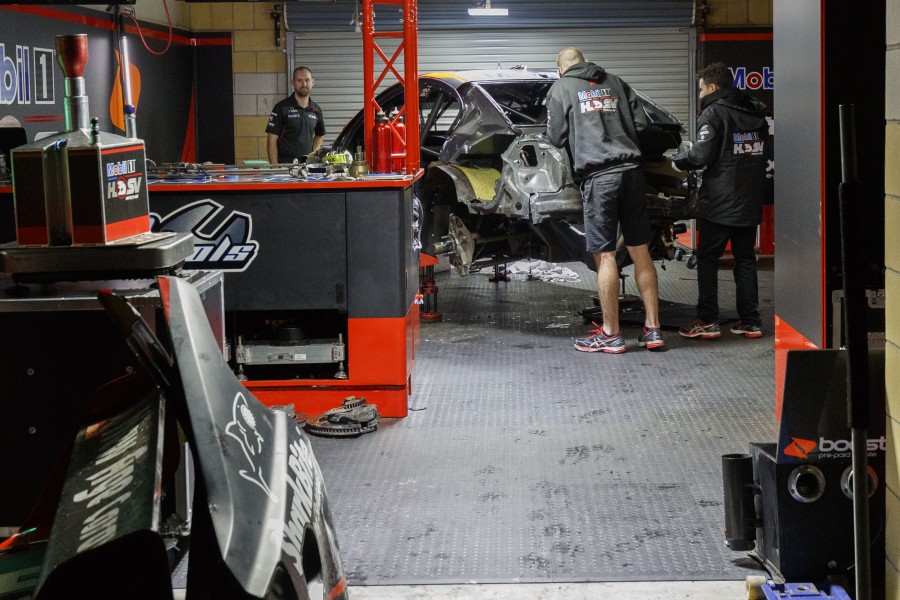 The Mobil 1 HSV and LDM squads are focussing on fixing their second cars for Scott Pye and Alex Rullo respectively, with both teams confident they’ll have their remaining entry back for tomorrow’s qualifying.

Garry Rogers Motorsport and Brad Jones Racing are meanwhile aiming to have their full fleets on track tomorrow, facing a big night of work after all of their cars suffered damage in the second lap accident. 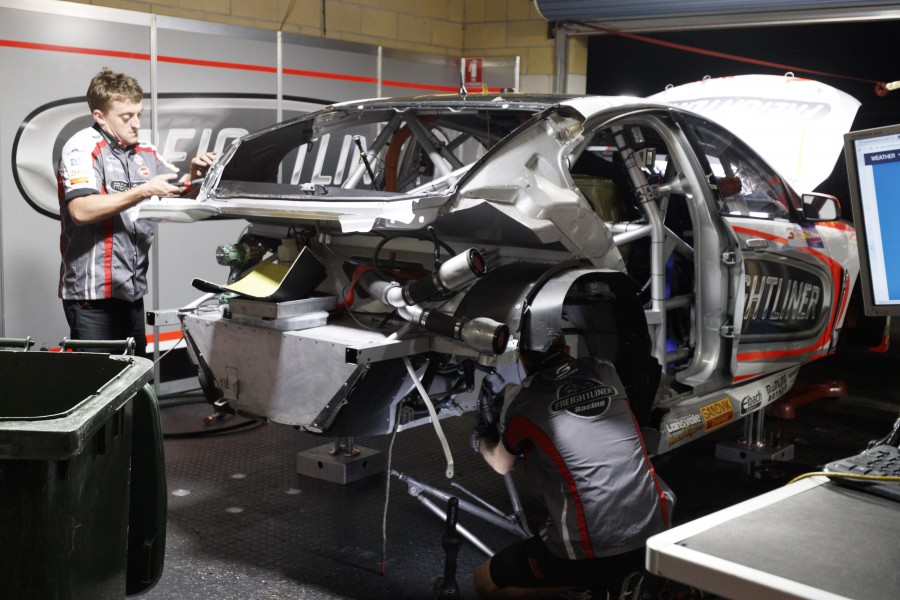 Withdrawing is a major blow to Mobil 1 HSV Racing's Courtney, who sat third in points following an impressive run at the Clipsal 500 last month.

Managing director Adrian Burgess confirmed to Supercars.com that the team will need to roll out a spare car for Phillip Island in two weeks time. 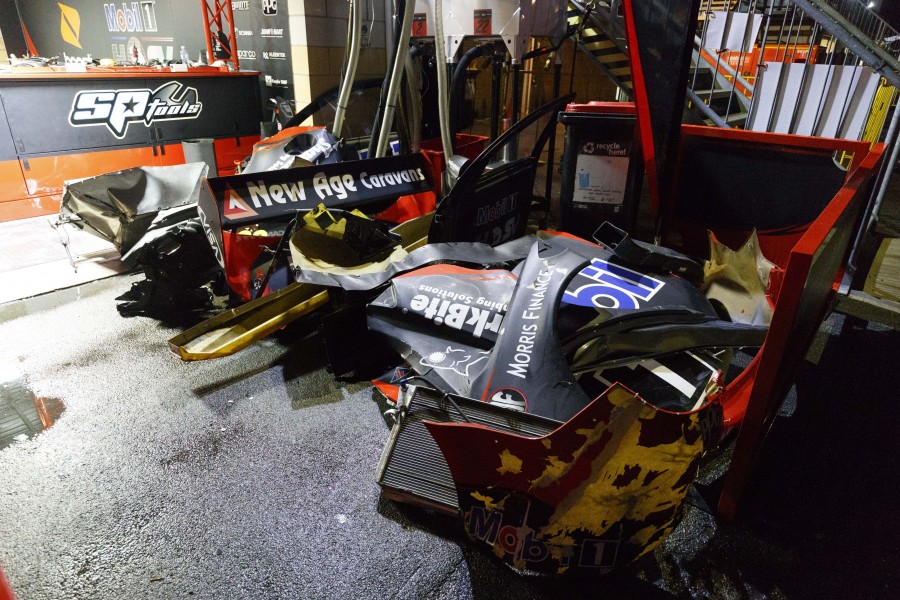 “Unfortunately James' car has suffered significant damage to the drivers side intrusion bar work of the cage,” Burgess explained.

“Clearly it’s not something we can take any shortcuts on, the fix needs to be done properly because it’s a safety thing, so we’ve had to pull car 22 from the remainder of the event.

“We have a spare car ready which James will jump into for Phillip Island, while this chassis will go back to the workshop to be properly inspected and repaired.”

LDM owner Lucas Dumbrell confirmed to Supercars.com the fate of Douglas' car as the team focuses on getting 16-year-old Rullo back on track. 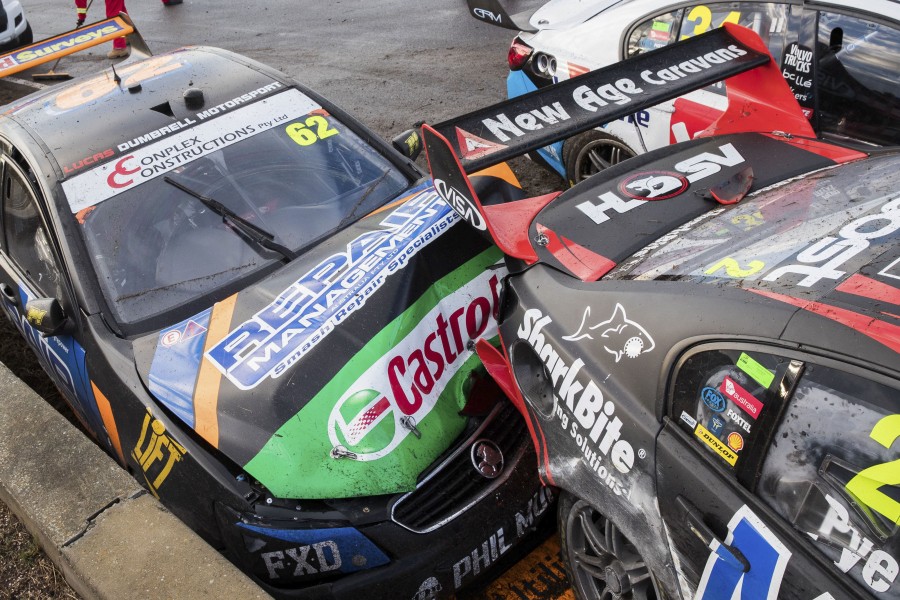 "There are massive cracks up through the front-right suspension turret," Dumbrell said of his #3 entry.

"The damage doesn’t look as big as on some other cars, but the whole right-front rail has to be cut back to the firewall which we can’t do here.

"Alex’s car has more front-on damage. It’s going to be a big job but we’ll straighten the front rails and get it back out tomorrow."

Initial assessments of Kelly's Nissan Altima meanwhile suggested that the car may be irreparable, leaving the team to prepare its spare for Phillip Island. 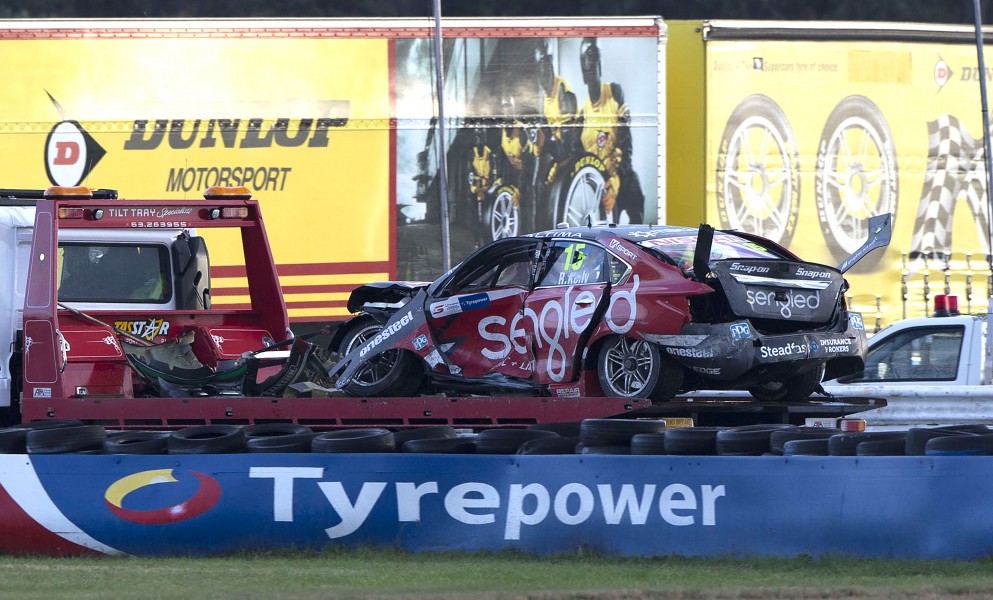 “I think that’s the last we’ll ever see of that car given what we’ve just seen there,” said Nissan Motorsport manager Scott Sinclair.

“It was a case of wrong place, wrong time. No one likes to see that stuff.”

Kelly had been involved in the very start of the incident when he was shoved into the left-side wall at the exit of Turn 3 by Fabian Coulthard.

"I’ve raced every single race since starting in Supercars 16 years ago, so tomorrow will be the first time I watch it from the sidelines."

Tune in on Fox Sports 506 from 10.00am AEST for an extended debrief of the incident.