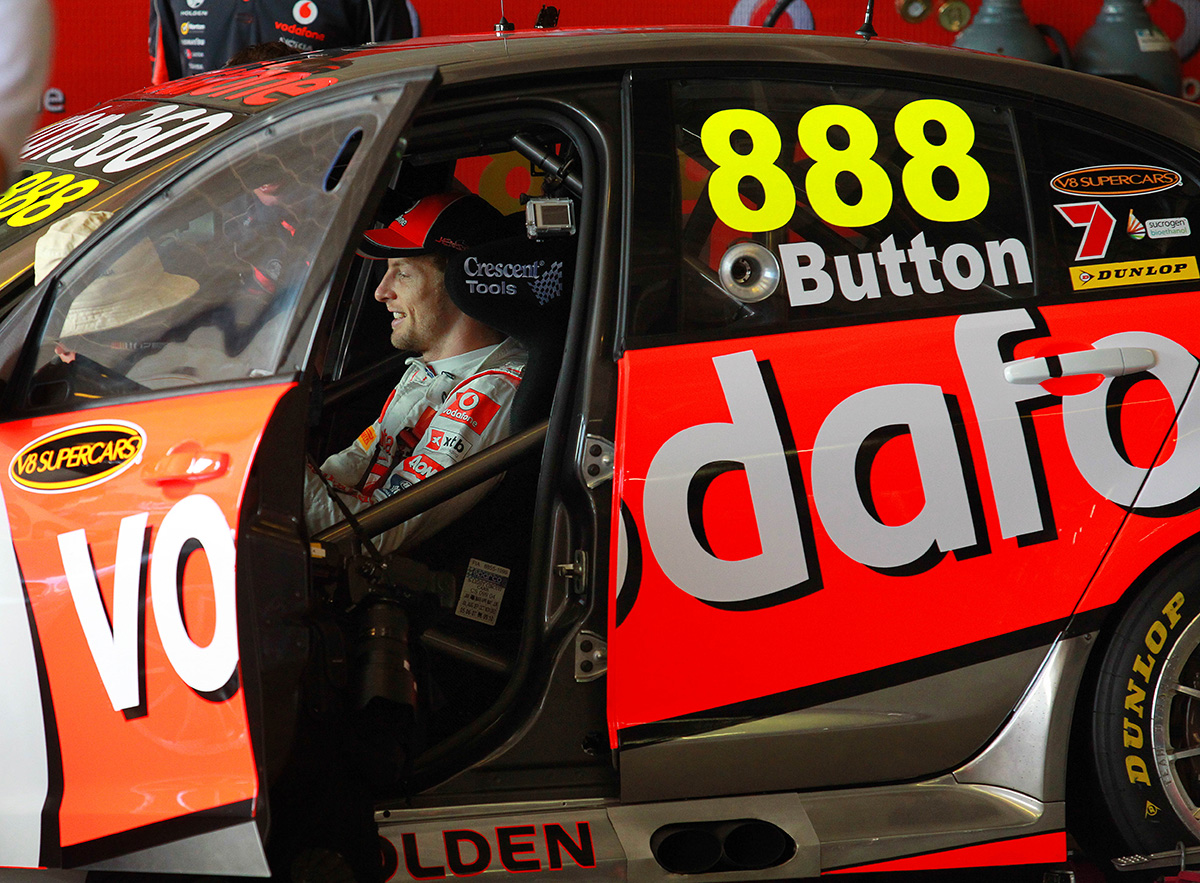 A rough count of the drivers who have sampled both Formula 1 and Australian Touring Cars/Supercars tallies around 50.

It's a number that includes current Supercars stars Simona De Silvestro, Will Davison, Jamie Whincup and James Courtney, who have all tested Formula 1 machinery.

A much smaller number have raced in both F1 and Supercars – and only one driver has raced both in the same weekend!

Gerhard Berger raced for Arrows in the inaugural Formula 1 Australian Grand Prix in 1985, and the Austrian also stepped behind the wheel of Bob Jane's BMW 635 CSi for the supporting touring car race. 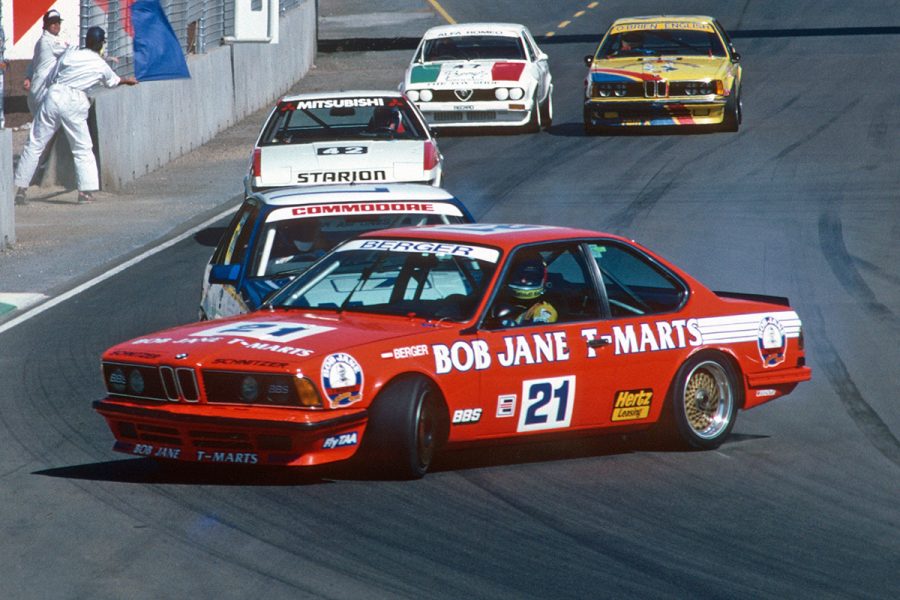 The sight of Berger aboard a BMW tourer wasn't a new one.

He was a regular in the company's factory touring car racing program, winning that year's Spa 24 Hours and was mooted as a driver of Jane's car for Bathurst.

His Adelaide outing was memorable, if not successful. Berger qualified on the front row alongside eventual winner Dick Johnson but was punted into the gravel by John Harvey after a handful of laps.

Several F1 world champions have raced touring cars down under with mixed success. 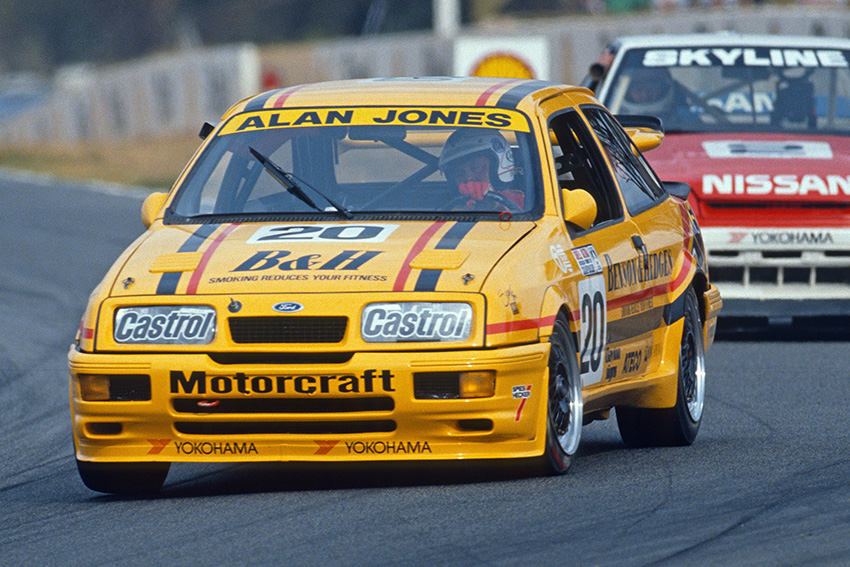 Australia's most recent world champion Alan Jones joined the ATCC grid once he called time on his F1 career, earning five championship race wins and a couple of trips to the Bathurst 1000 podium.

Our first world champion also joined the touring car ranks for a spell, Sir Jack Brabham coming out of retirement to race a Holden Torana in the 1976 Bathurst 1000.

While his failure to get off the grid and subsequent shunt from behind is well remembered, Brabham claimed a fourth-place finish a month later in a 300-kilometre enduro at Surfers Paradise.

It was the first of four championship race starts he made – claiming top-five results in three of them – while his best Bathurst 1000 finish was a sixth placing in 1978. 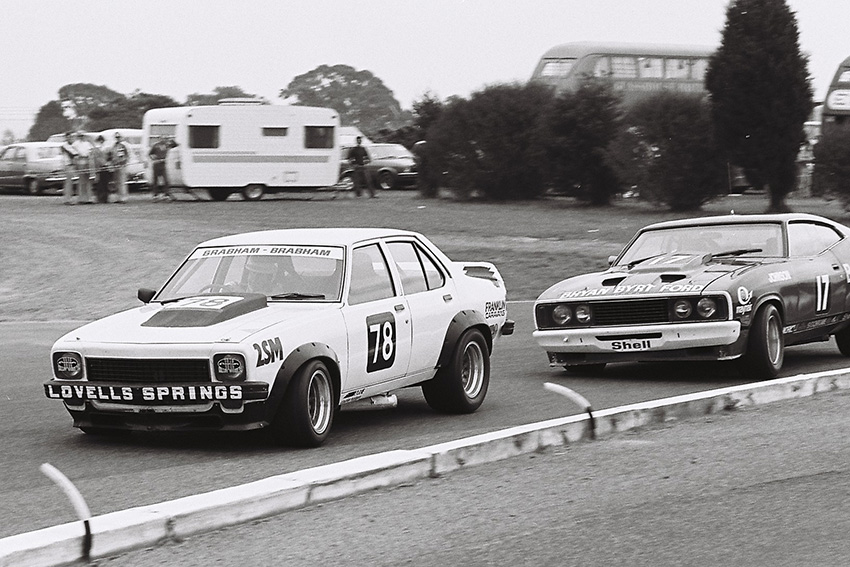 1967 world champion Denny Hulme was another F1 star to return to racing aboard a touring car.

'The Bear' only made a pair of ATCC race starts, but he was a popular co-driver choice after returning to racing in the 1980s.

He made the first of eight Bathurst 1000 starts in 1982, his best result a fourth placing in 1991 with Peter Fitzgerald in a Benson & Hedges BMW M3 that also earnt them victory in Class B.

Hulme tragically passed away from a heart attack while driving in the 1992 Bathurst 1000. 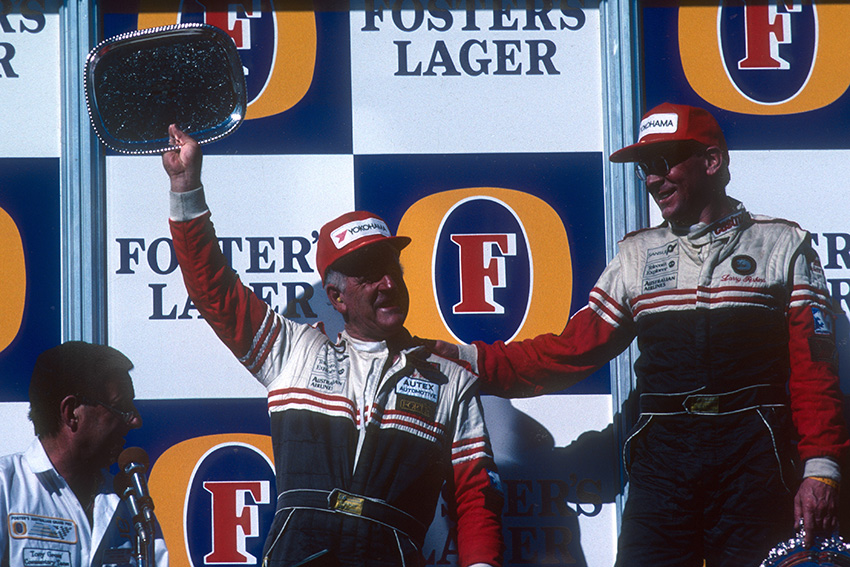 1997 world champion Jacques Villeneuve may be better remembered for his solo Supercars starts with Kelly Racing in 2012 where he deputised for an injured Greg Murphy across three events, but he also has a top-five championship race finish to his name.

Villeneuve was one of a host of star imports to race in the Gold Coast 600 during its international co-driver era, claiming a fifth placing with Paul Dumbrell on the Sunday of the 2010 event. 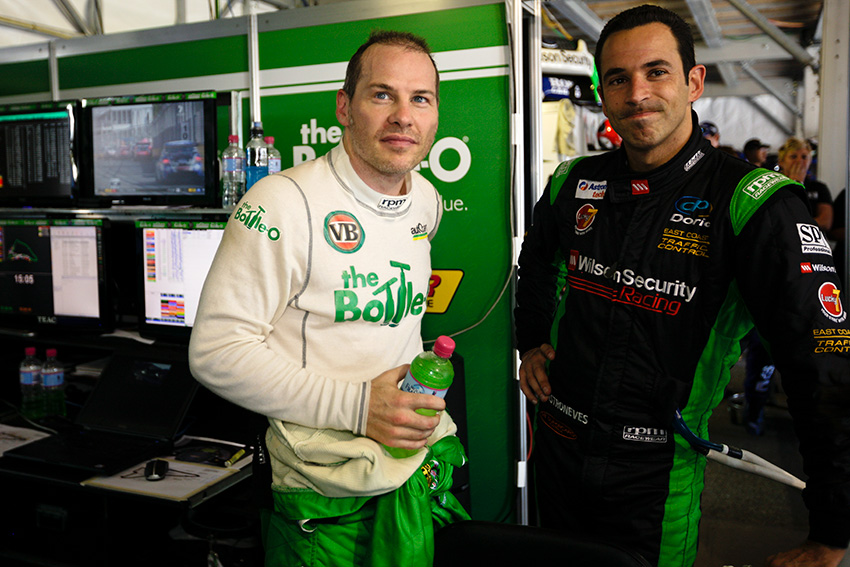 The most recent F1 world champion to drive a Supercar didn't do so in a race – but his two stints did include a trip around Mount Panorama.

Vodafone's sponsorship of both McLaren and Triple Eight Race Engineering saw 2009 world champion Jenson Button get behind the wheel of the Supercars squad's Holdens on two occasions.

While his car-swap with Craig Lowndes at Mount Panorama in 2011 is well remembered, the Brit had already racked up seat time in a Commodore.

The F1 driver often cited as the greatest never to win a world championship also has a Bathurst 1000 start to his name.

Sir Stirling Moss was Brabham's co-driver in that infamous tilt at the 1976 Bathurst 1000, the Mount Panorama race his first since his career-ending crash in an F1 car at Goodwood in 1962.

After Brabham's start-line disaster, the car was repaired to allow Moss to complete 37 laps before an engine failure forced the car out. 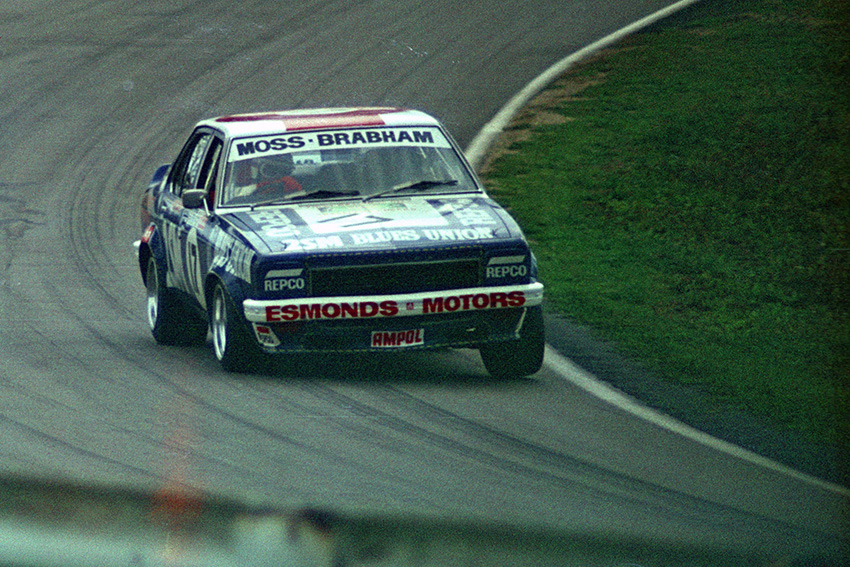 Tonio Liuzzi made 80 grand prix starts for Red Bull Racing, Toro Rosso, Force India and Hispania, and joined Tony D'Alberto for the 2011 Gold Coast 600 where they claimed a best finish of 19th on the Sunday.

The pair were poised for a much better race a year later when D'Alberto qualified their car eighth, but Liuzzi was embroiled in the multi-car startline crash on the Saturday which put the car out for the remainder of the weekend. 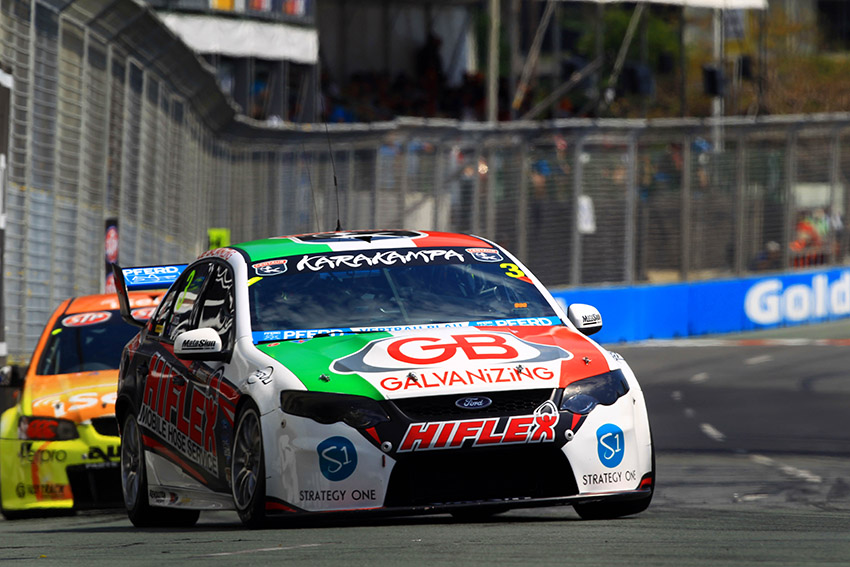 That same weekend marked the most recent win for a former F1 racer in Supercars.

Mika Salo came within a Ferrari team order of winning the 1999 German Grand Prix, the closest he came to victory in a 109-race F1 career.

The Finn made six Supercars race starts across the 2010-2012 Gold Coast 600s, the last with Will Davison resulting in a race win. 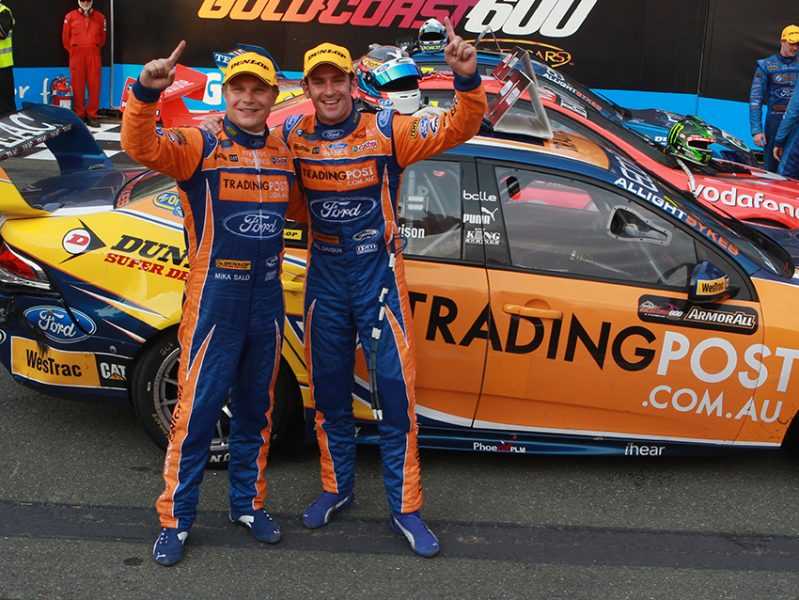 While the end of the international co-driver races has made sightings of F1 racers in Supercars rare, a driver on the grid of this weekend's Australian Grand Prix is the most recent to hop behind the wheel of a current-era Supercar – twice!

He strapped into Triple Eight's 'Sandman' Supercar for a few laps of Sandown ahead of the 2016 Australian Grand Prix, then on Wednesday at Calder Park he sampled the Castrol-backed Nissan Altima that Rick Kelly will race at this weekend's Beaurepaires Melbourne 400. 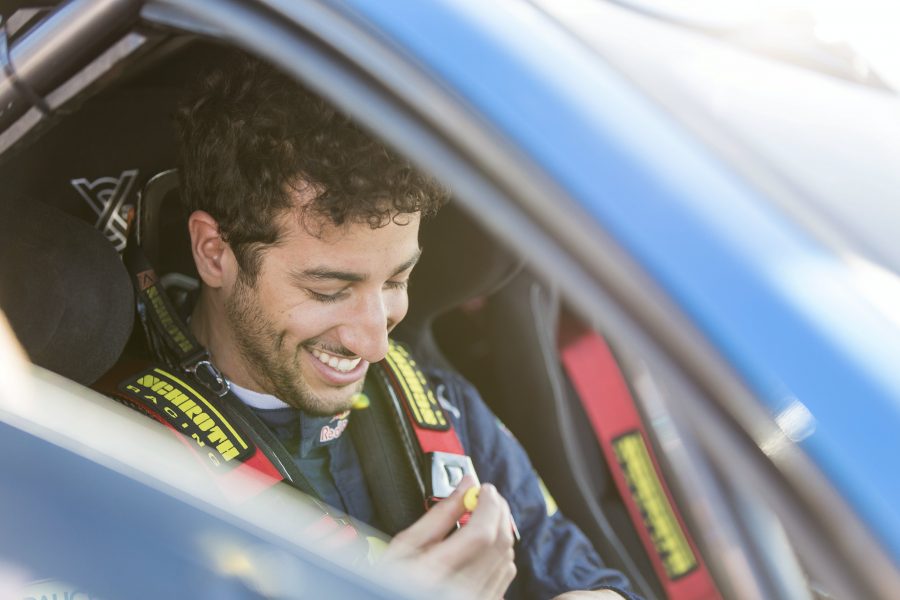 "(The Sandman) actually scared me," Ricciardo said. "It didn't really want to drive in a straight line. Probably because of that I was like 'If that's how they really are...'

"This felt more race-ready. I felt like I could have a bit of a go in this today, whereas the Sandman was a couple of laps of filming. I didn't get enough time to get a real feel of it.