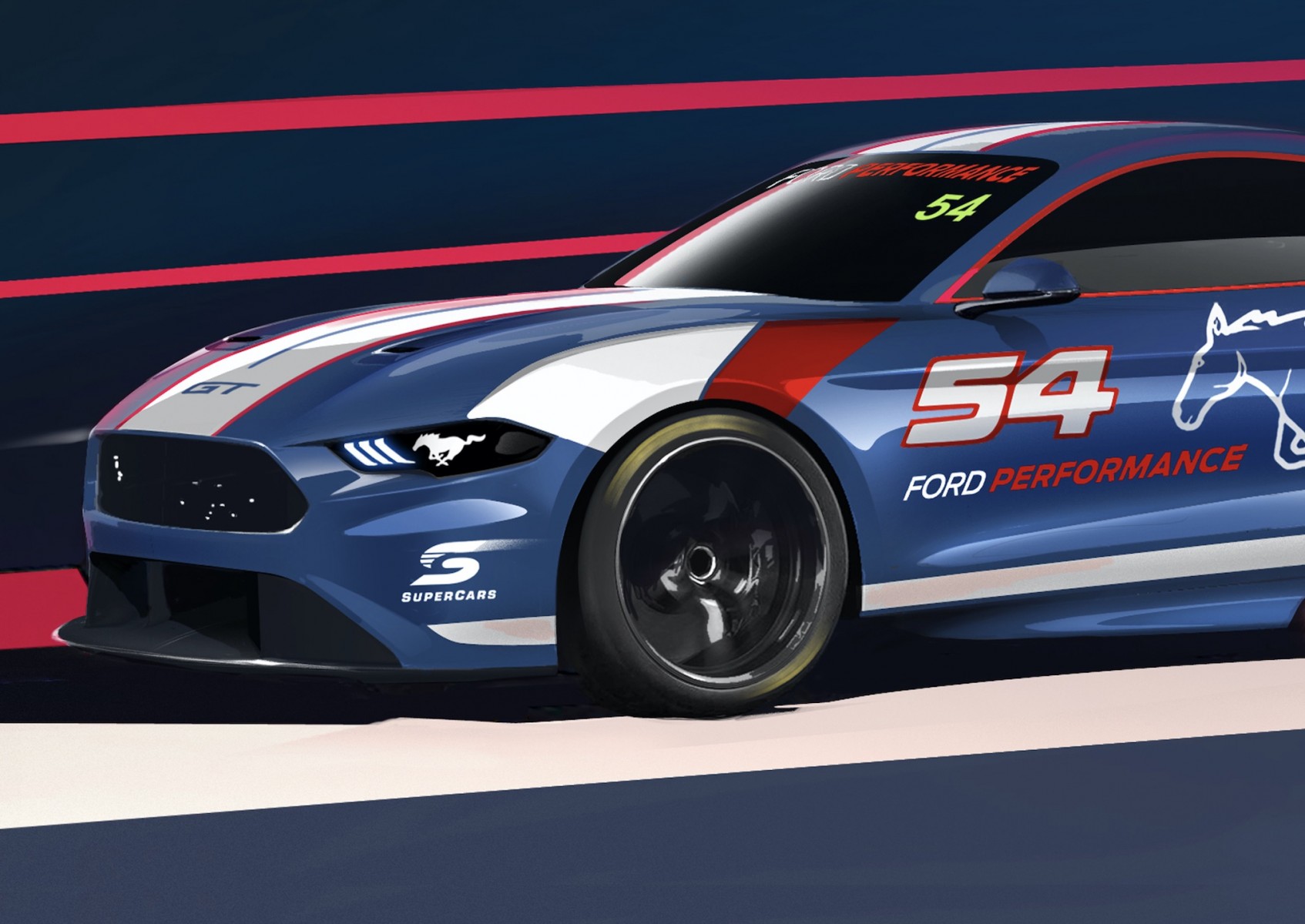 Ford has released a teaser of what its Mustang will look like when it hits the track in Supercars trim next season.

The concept sketch, penned by Ford Exterior Vehicle designer, Nima Nourian, depicts a Supercars version of the 2018-model Mustang that will be homologated.

Ford’s illustration has been presented with a livery celebrating Mustang’s 54th birthday, which coincided with Tuesday’s announcement of the Supercars project. 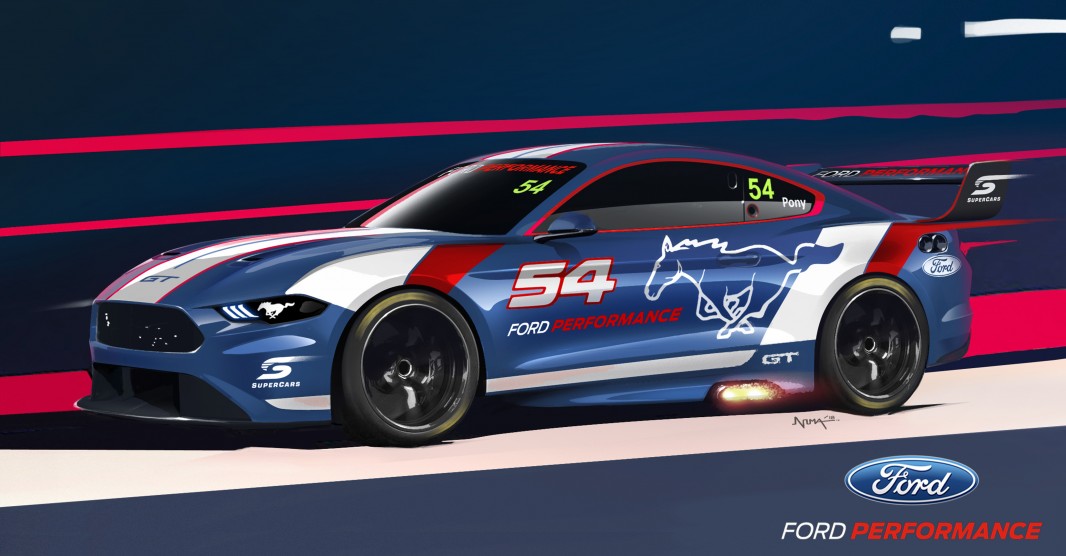 All Ford teams are set to race Mustangs in next year’s championship, with DJR Team Penske, Tickford Racing and Ford Performance collaborating on the design.

The final look of the car's aerodynamic package will not be set until after Supercars' homologation testing, which is likely to take place in December.