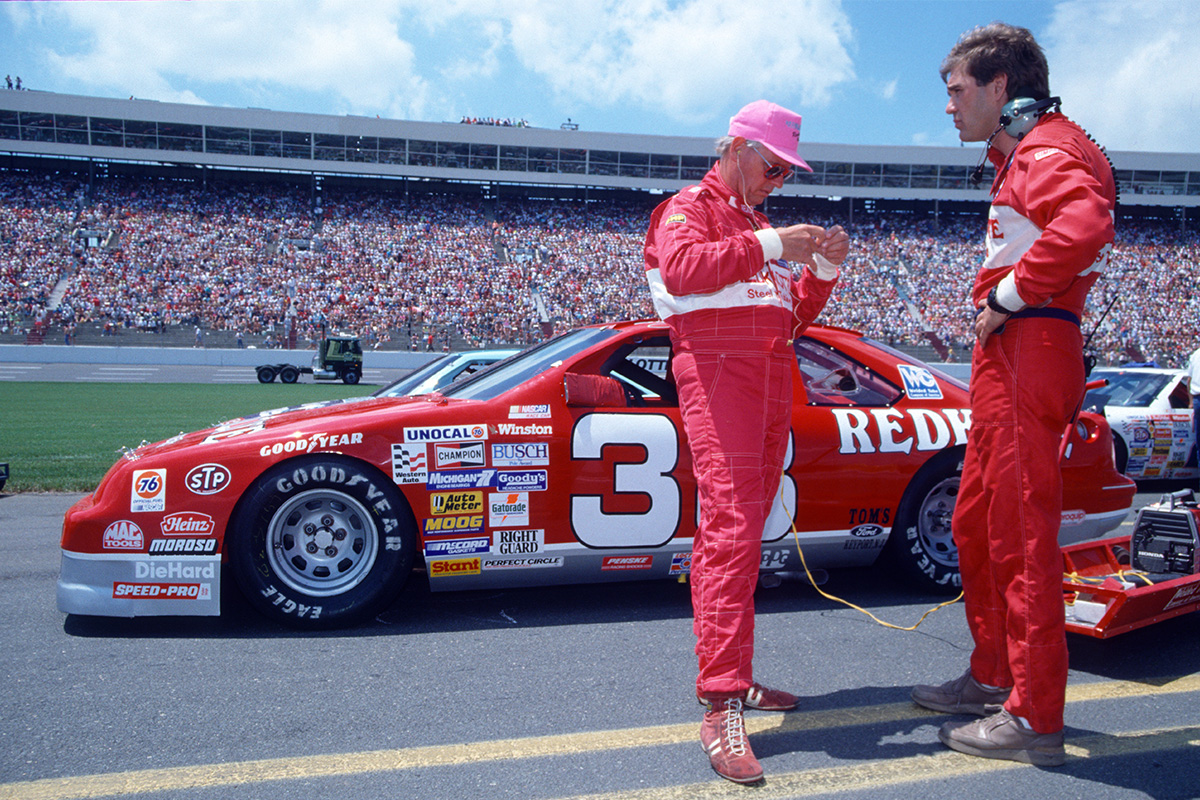 When it comes to Supercars racers making the switch to NASCAR, Marcos Ambrose is usually the first name that comes to mind.

The two-time Supercars champion left Australia at the end of the 2005 season to pursue a career in America's competitive stock car racing scene.

Ambrose rose through the ranks to earn a place in NASCAR's Cup Series, becoming the first Australian to win a race in the premier division with his breakthrough triumph at Watkins Glen in 2011.

He won again at Watkins Glen a year later before returning to Supercars in 2015 with DJR Team Penske.

Ironically, Ambrose's path was one trod by his new boss many years earlier.

Dick Johnson was one of a handful of touring car racers to join the NASCAR ranks in February 1988 for the inaugural event at Bob Jane's Calder Park Thunderdome, taking on a host of star American racers imported for the occasion.

But Johnson was one of only a handful of Australians to attempt races on the then-Winston Cup schedule in America in an effort bankrolled by longtime supporter Ross Palmer to promote his newly acquired RedKote Steel Tubing brand.

Johnson's NASCAR career was brief, seven points races in total across 1989 and 1990 on both road courses and ovals, an appearance in the Winston Open qualifying race for NASCAR's all-star race at Charlotte, plus a couple more events where he failed to make it past qualifying. 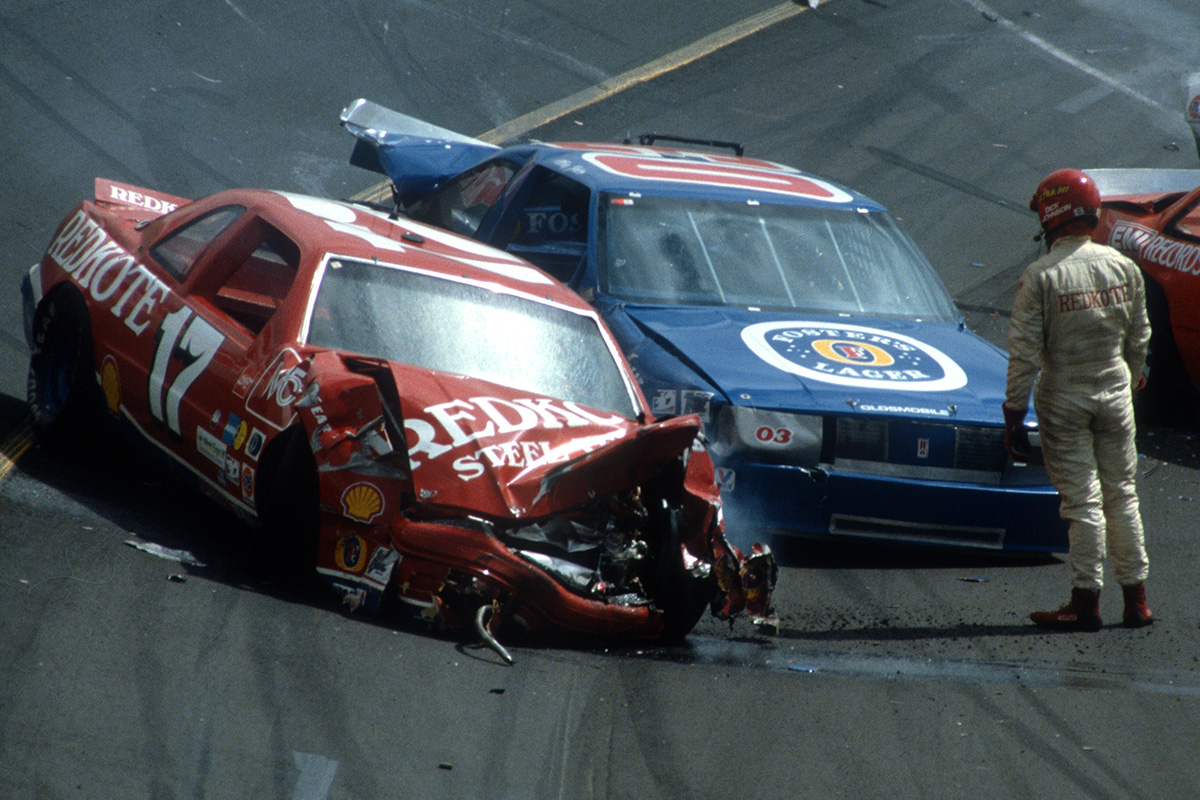 Although his record was nothing to write home about, the man who ran his part-time effort believes Johnson had the potential to do very well as a full-time NASCAR racer.

And he's someone that knows his stuff: Johnson's crew chief for his US foray was none other than Ray Evernham.

Now an inductee of NASCAR's Hall of Fame, Evernham is better known as the crew chief and catalyst in Jeff Gordon and Hendrick Motorsports' near-domination of the Winston Cup series in the 1990s.

"I just wish we had the opportunity to race together more," Evernham said.

"He needed somebody to help him sort out his stock car as they were running at Calder Park. It just didn't have the right setup in it.

"A man named Bob Gaydon from the Welded Tube Company, which belonged to Ross Palmer, called me up and asked me if I would be interested in a part-time job, to go over to Australia and help straighten out Dick's stock car.

"We went over to Calder Park (in December 1988) and hit it off and actually ran very well over there.

"They decided that they wanted to come race in America and asked me if I'd set up a program for them.

"It was my first involvement (in the Cup Series). I guess I was the crew chief by default - there was only three of us on the team, so it wasn't a very big crew!"

The plan was for Johnson to do both road races on the Cup Series' schedule plus a handful of ovals, the dates slotted around his touring car racing commitments in Australia.

When the tiny team arrived in the garages for its Cup debut at Sears Point, Johnson (who arrived late due to an airline strike) and Evernham were viewed with some scepticism by the series regulars, most of who hailed from NASCAR's heartland in America's south. 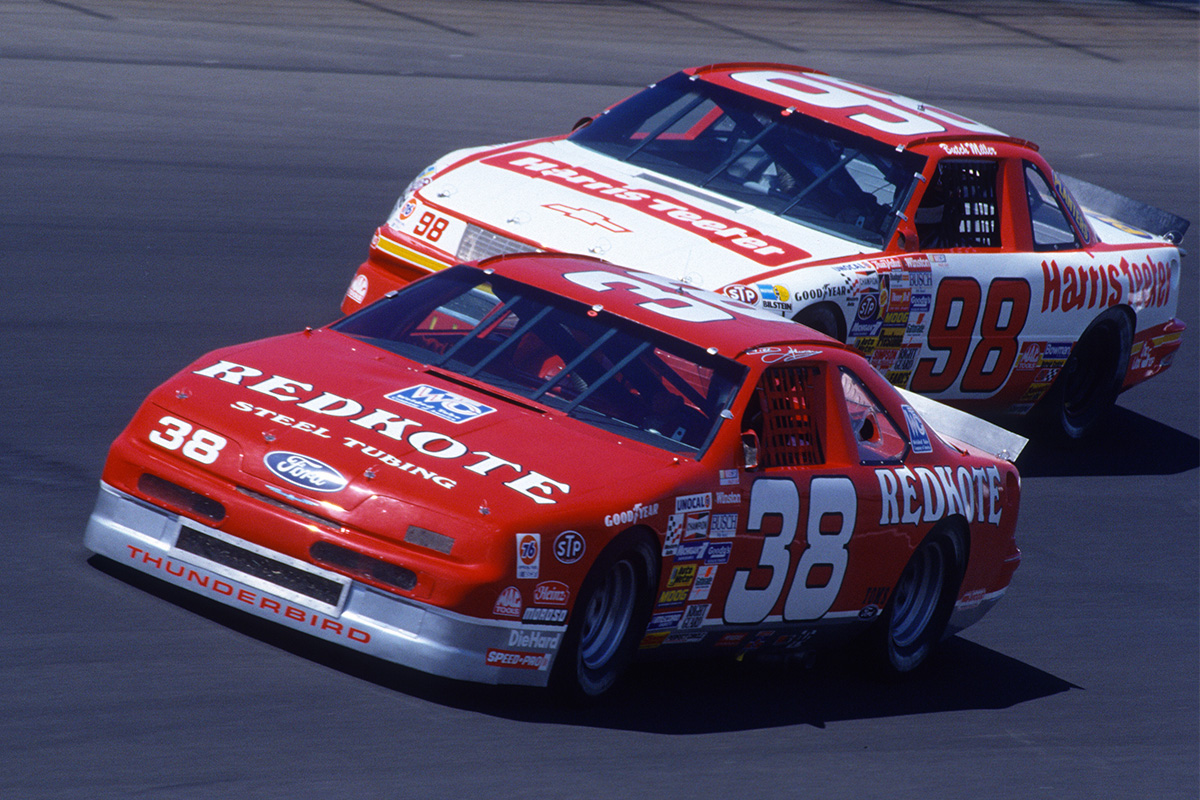 "Not only was he an unknown Aussie, but the car came out of New Jersey with three or four crew members that people had never really seen before," Evernham said.

"We didn't even know how to get the darn thing through inspection! I remember a guy coming up to me saying: 'Where did you get this car?' I told him that we built it. He asked where, and I said New Jersey. He said: 'Nobody builds cars in New Jersey!'

"At that time we had used some brake technology from the touring cars and worked with the people at AP, and I had some ideas about how a NASCAR should be built, and we built our car a little bit differently.

"We were pretty fast, quite honestly. (American racer) Chad Little shook it down to make sure we didn't have any leaks and things like that, and then when Dick got there he was immediately quick because he was just so much of a better road racer than a lot of the NASCAR guys at that time."

Johnson qualified 11th and ran inside the top 10 during the race but slipped back down the field whenever it came time to head to the pits, where the Cup Series regulars outmatched the RedKote crew when it came to fast tyre changes.

But it was his in-car antics that endeared Johnson to a new audience of fans.

It began when he was tapped into a spin by Richard Petty, the acclaimed 'King' of NASCAR racing. An aggrieved Johnson yelled "what a prick!" to Evernham over the team radio – a description broadcast live on ESPN by his in-car camera.

A few laps later, when Johnson slid off on oil and landed on a tyre barrier, the in-car camera captured a loud exclamation of the f-word on his way to the fence.

"I think that some of those things made Dick an instant personality in America," Evernham said.

"The American fans fell in love with Dick right away because of that first race and the in-car camera at Sears Point. And of course Dick quickly explained that in Australia 'prick' means 'king!'"

However, the first race proved the high water mark of Johnson's American soujourn.

The ovals proved a difficult challenge to master, while his other road course race ended with a broken shoulder and dislocated knee when a tyre failure pitched him into the guardrail at Watkins Glen.

Similar results followed when he returned in 1990 – although his appearance at Darlington for the TranSouth 500 was immortalised in the film Days of Thunder, Johnson's car briefly shown being passed by Cole Trickle late in the race.

"At that point I think Dick had lost a little bit of confidence in us because he couldn't get the car to do what he wanted, but in reality it was just a matter of time," Evernham said.

"I knew he was a talented guy, but sometimes he just wouldn't listen to what we were trying to tell him. Again, it takes time. It's hard when you come from one type of motorsport that you're very successful at and you have to change something that you're doing that you know works.

"Both of us were a little hard-headed at the racetrack, but we were always good friends and had a really good time outside of the racetrack!

"I think that if we would've had the time, if we could've stayed together, that we probably could have had some success.”

29/12/2019
Stay In The Know
Sign up to the Virgin Australia Supercars Championship Newsletter
We use cookies to ensure that we give you the best experience on our website. If you continue to use this site we will assume that you are happy with it.Ok