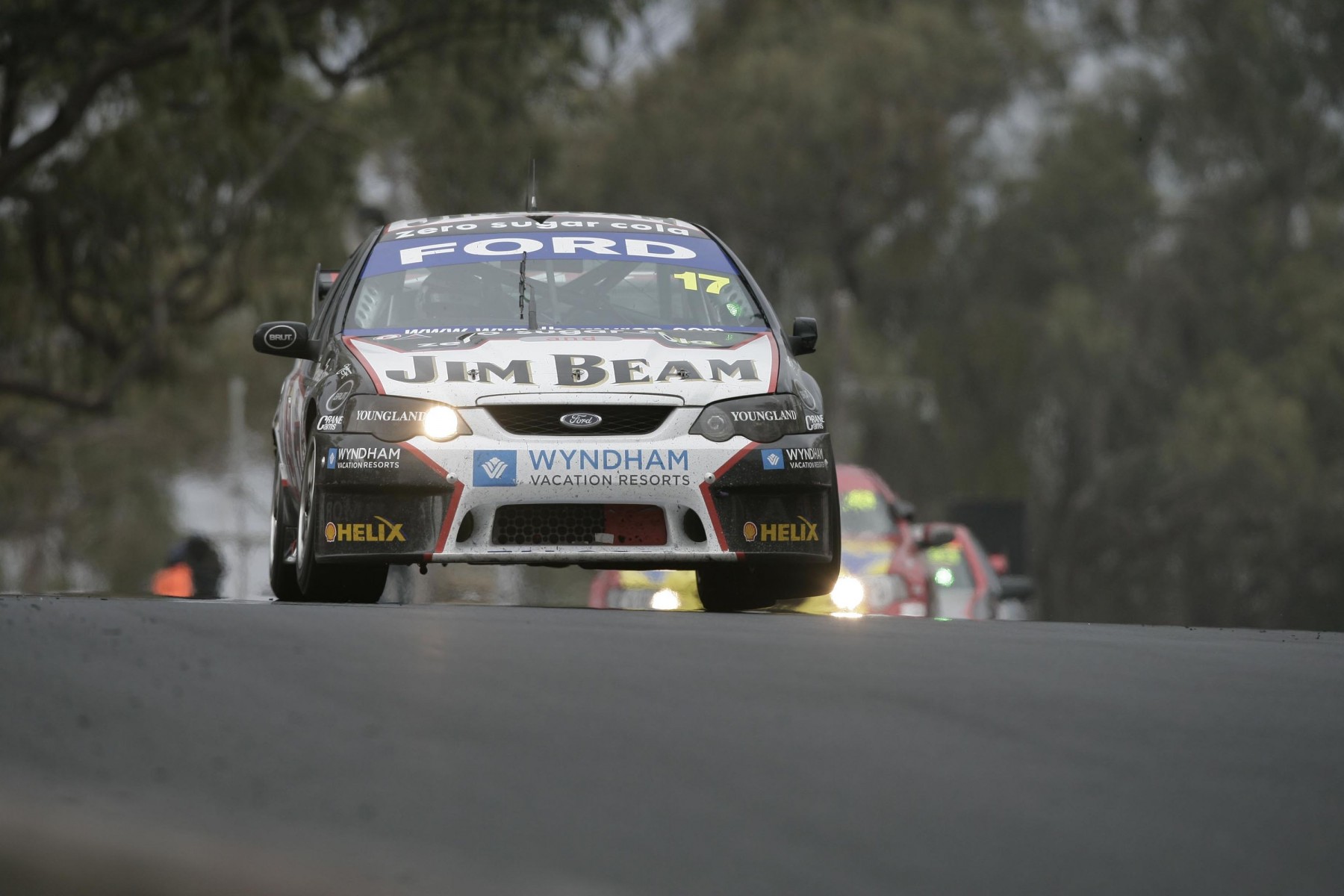 Shell V-Power Racing enters the 2017 Supercheap Auto Bathurst 1000 as one of the favourites, but the team is also looking to record its first Mount Panorama podium in 10 years.

Steven Johnson and Will Davison finished third in 2007, behind TeamVodafone’s Craig Lowndes/Jamie Whincup and the Stone Brothers Racing Jeld-Wen Ford of James Courtney/David Besnard, having been in the thick of the fight in the closing stages.

The pair finished sixth the following year, with fifth in 2010 - for Courtney and Warren Luff - Dick Johnson Racing’s next best result until it finished fifth and sixth last October, in the second year of its alliance with Team Penske.

Johnson and Davison’s 2007 podium came as DJR regrouped from the collapse of 2005 major sponsor Westpoint.

The subsequent failure of start-up businesses bearing Dick Johnson’s name the following season left the team on the brink, even as Charlie Schwerkolt bought in and Jim Beam arrived as major sponsor for 2007. 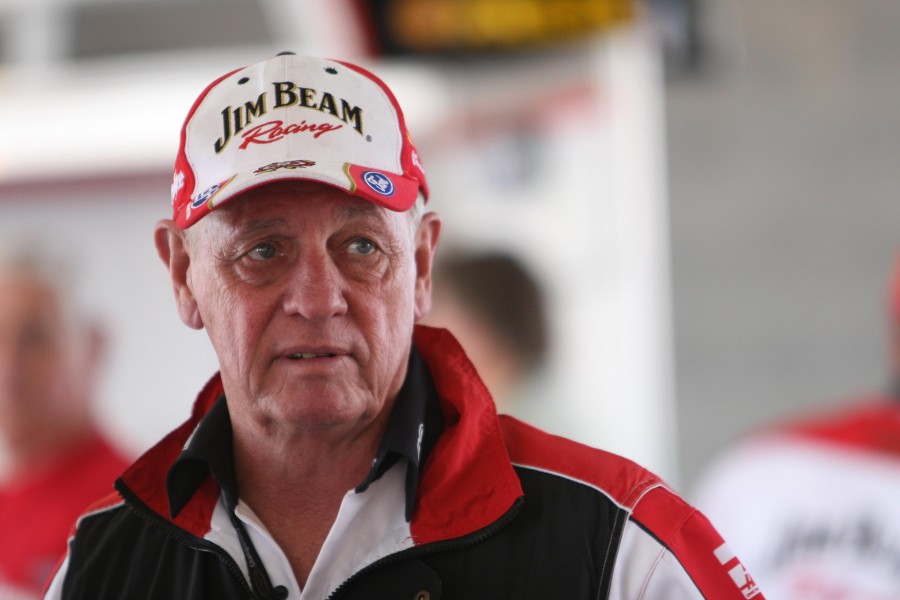 Davison and Steven Johnson were 10th and 12th in the standings heading to Bathurst, the latter’s sixth in Adelaide its best race result of the campaign.

“It was obviously a pretty interesting time for the whole race team and Dick Johnson Racing back then,” Steven Johnson recalled to Supercars.com.

“It was not a great year that we were having at that stage, it was OK, but it wasn’t great.

“It was a year that you probably go into Bathurst thinking that you’ve got a good shot of a top 10.

“Then you’re fastest in [opening] practice, then you qualify fourth in the Shootout and that sort of thing, then your focus shifts and it gives you a sense of confidence going into the race, to have a good result.”

While the Jim Beam BF Falcon was quick, fastest on Thursday and in the top four in every session leading up to Friday qualifying, it didn’t all go to plan pre-race. 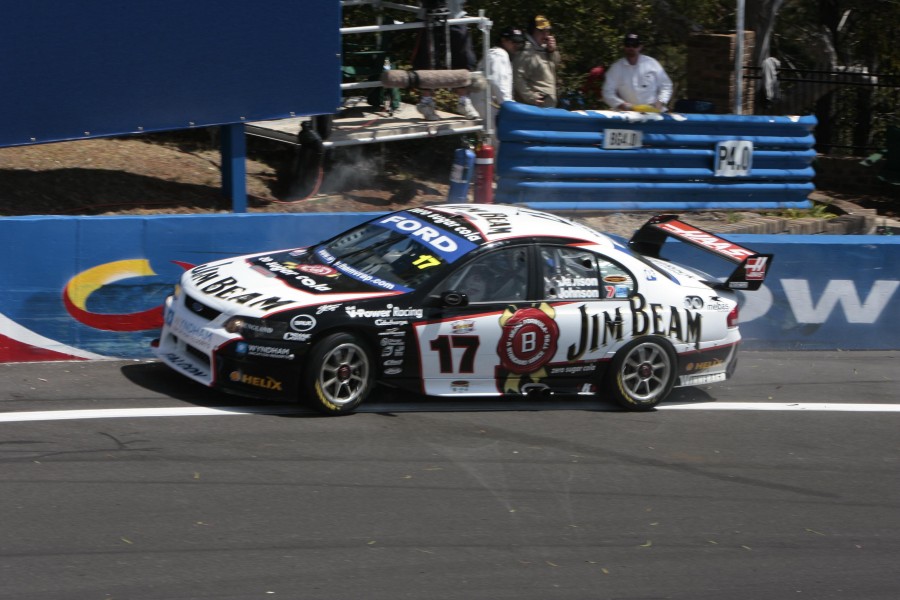 Johnson crashed during the fourth practice session that preceded Saturday’s Top 10 Shootout, and while the damage was repaired in time, DJR did discuss putting Davison in for the single lap.

“I went a bit quick through the little Turn 3 kink, before The Cutting, lost the rear and slid wide,” Johnson said.

“That was no drama but the problem was I was going that quick that I just ran out of road and ended up clipping the fence on the outside and basically running along the fence.

“That wasn’t actually doing too much damage, until the metal gate at the turn-in point for The Cutting on the outside, which is not round, it’s square.

“At the end of the gate, the concrete’s at a decent, 30-degree change of direction. When I hit that, it pulled the whole right-front suspension out of it.

“It actually did quite a bit of damage under the superficial stuff. It was obviously not ideal, heading into the Shootout.

“We fixed it, there was actually a bit of a discussion whether my mind at that point - my confidence - had been knocked around too much.

“We were talking about putting Will in the car for the Shootout, as a team thing.

“They asked me what I thought, I said ‘obviously I’m disappointed that I damaged it, but we’ve had a really good run, I’m really confident around the place and I think I can do the job, but it’s your decision’.

“They ended up going with myself in the car for the Shootout, which was quite cool and it was great to get that trust from everybody, and even Will. Will was 100 percent supportive of that, too.” 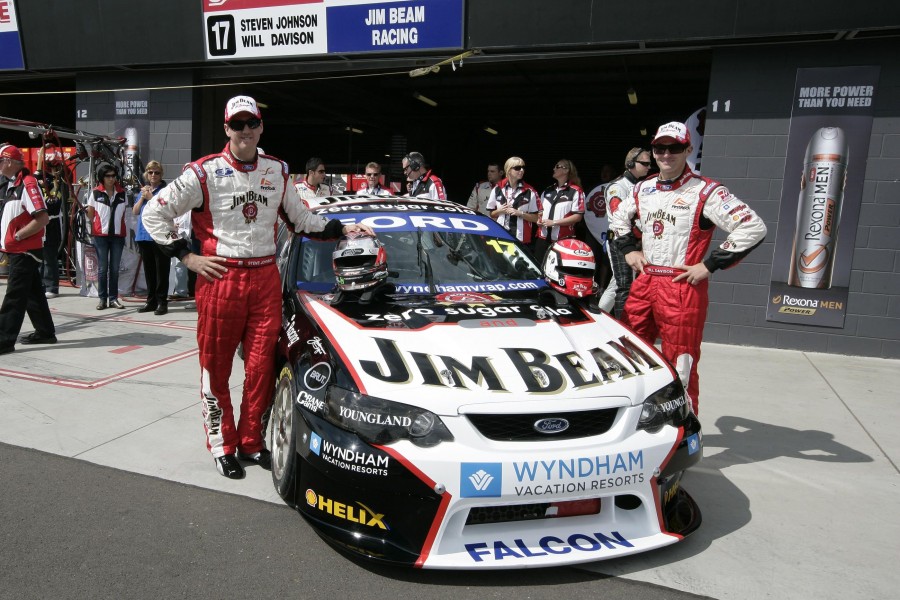 Starting from fourth based on Johnson’s Shootout lap, the #17 ran in the lead group throughout the race, and was well-positioned when rain arrived in the closing stages.

Johnson was in fourth on lap 148, and passed Jason Bright - who had just pitted for slicks - around the outside of The Chase as race leader Mark Winterbottom went off up ahead.

“It was a bit hairy,” Johnson said of the move on Bright. “As I did that, I’m sort of trying to gather up my own moment that I had through there, and I’m looking ahead and I can see Mark Winterbottom fly through the air.

“It was all happening at the same time. Coming out of Forrest’s Elbow, I was fourth, I passed Jason into The Chase, into the fast right, and after that tight left at The Chase, I came around the right-hander and passed Winterbottom, who was just coming back onto the track.

“All of a sudden we’d gone from fourth to second.” 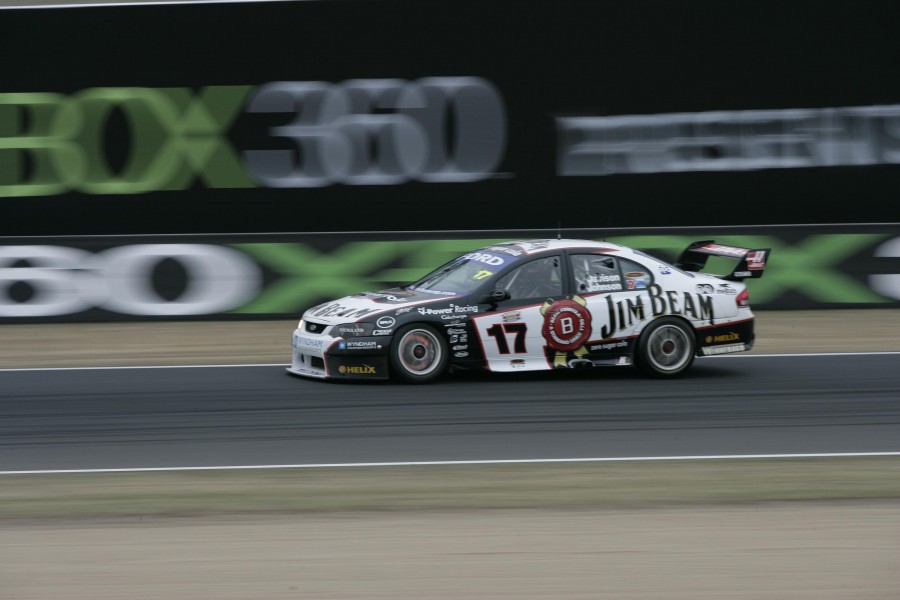 Lowndes led Johnson and Courtney when the Safety Car was called as the rain intensified and Bright, Russell Ingall and Mark Skaife crashed at Reid Park.

Second became first when Johnson passed Lowndes at Hell Corner at the start of lap 154, but the lead was short-lived.

The eventual race winner repaid the favour one lap later, forcing Johnson wide, and Courtney capitalised to snatch second, with Johnson unable to fight back and eventually crossing the line in third.

“We were able to pass Craig on the second lap after the restart into Hell Corner and maintain that for a lap and then he got me back on the same spot,” he said.

“I sort of probably blame myself for that, which ultimately cost us the win and second because Craig moved us out onto the kerb on the outside on the exit.

“Obviously it was really wet and I had no drive and that’s when Courtney went past as well.

“I should have just shut the door there, the line was wet on the inside and I should’ve just turned in and not worried where [Lowndes] was.

“He was sort of there, but I reckon if I would’ve turned in, he wasn’t far enough up along the inside that he could’ve pulled off a pass.

“Hindsight’s a good thing at the end of the day.” 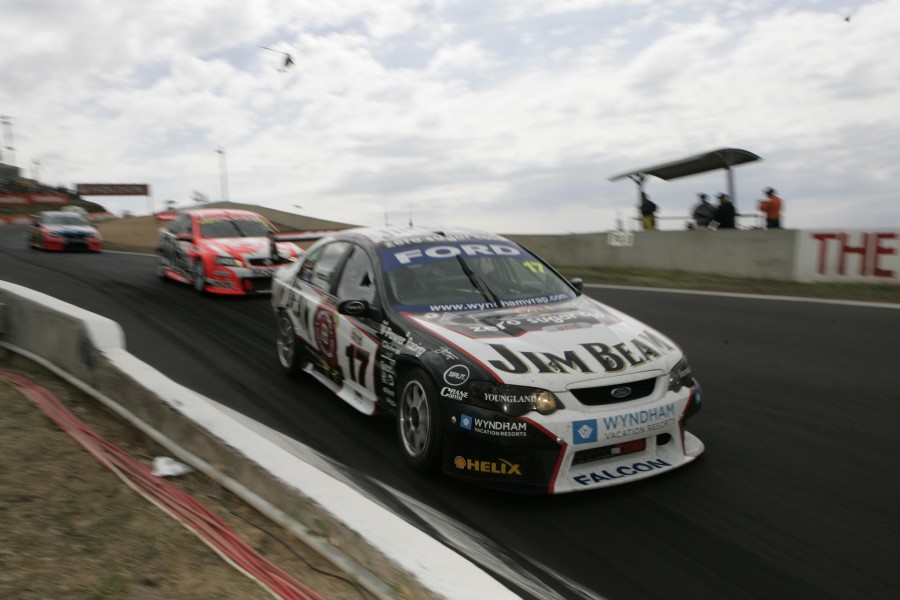 Despite the regret that lingers 10 years in, Johnson concedes even a podium was a massive boost for the team, which won races again the following year and ultimately the title with Courtney in 2010.

“It had been a pretty tough couple of years,” he said.

“Although it’s not awesome and I would’ve loved to have won the main race there, for us at that point, it was basically what we really needed to kickstart the rest of the year.”

What is now DJR Team Penske heads to Bathurst with Scott McLaughlin and Fabian Coulthard first and third in the championship.

The pair have won 10 of the year’s 19 races, and McLaughlin finished second at Sandown a fortnight ago with Alex Premat.

“There’s no excuse,” Johnson said of his former team being right in the hunt at Bathurst.

“Anything less than a win coming up, I think, will be disappointing for DJR Team Penske.”