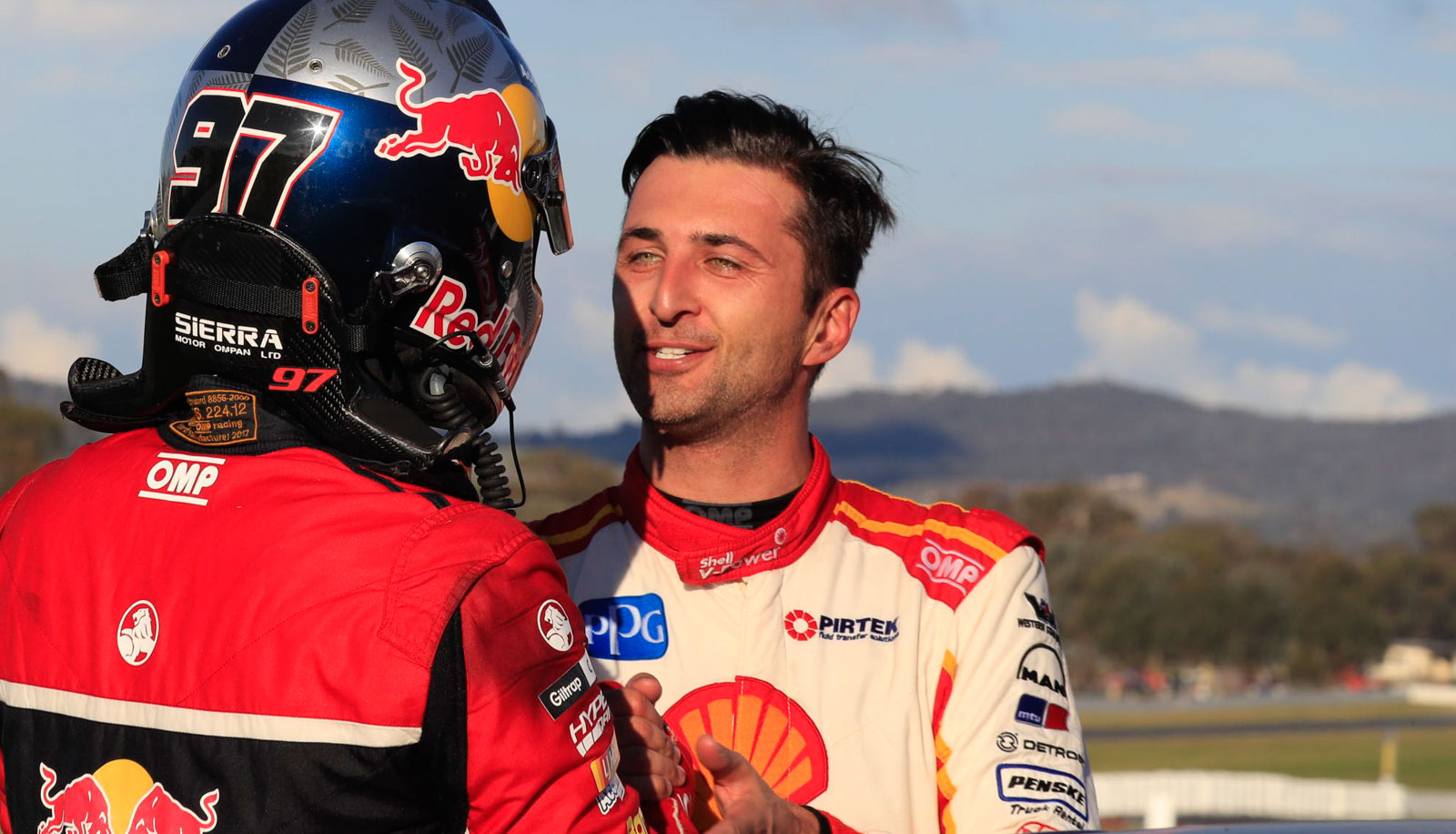 The battle between Shell V-Power and the Red Bull HRT was delicately poised when Supercars entered its mini-break between Winton and Hidden Valley.

Scott McLaughlin’s Shell Ford continued to have the edge in qualifying pace, but the Holdens stormed to a well-earned one-two in the Sunday race.

Whether the balance of power has changed in the break is anyone’s guess. Both teams tested new components at Ipswich as they race to maximise their cars around the tyre.

The season essentially took its deciding turn at Hidden Valley last year as, after a mixed start that featured 10 winners from 12 races, Shane van Gisbergen’s campaign took off.

Will Hidden Valley again forecast the eventual champion in 2017? Watch this space.

For all the hype over the top two teams, it would surprise few to see Prodrive atop the podium this weekend.

While Winton saw Chaz Mostert’s title prospects take a hit, he again proved on the Saturday that the Supercheap Ford is very much a winning contender.

Although shaded by Mostert for raw pace, Cameron Waters and Mark Winterbottom have also shown flashes of front-running potential during the early stages of the year.

Waters scored his second fourth place finish of the year at Winton and, if not a win, is at least knocking of the door of a long-awaited maiden sprint race podium.

PRA also tested between events and has a strong record at Hidden Valley, winning races there in three of the four years since the Next Generation car was introduced.

Despite a tough season to date, Nissan is also shouldering heightened expectations for Hidden Valley.

Michael Caruso won the Saturday race in Darwin last year while Todd Kelly qualified on the front-row on Sunday – backing up Rick Kelly’s pole at the venue from 2015.

How all that correlates with this weekend remains to be seen as the team has struggled, particularly in qualifying, on the new tyre this season.

Nissan didn’t test after Winton while it continues to prepare an upgrade package to combat its issues but hopes that workshop time will help improve its performance.

At the very least the team will want to ensure that Altima drivers don’t trip over one another after a recent spate of heated battles that rivals have mockingly dubbed the ‘Nissan Cup’.

Regardless of where the four factory Nissans sit in the pecking order at Hidden Valley, wildcard Jack Le Brocq will be keeping them honest.

Expectations further increased thanks to the fine performances of the wildcards at Winton, where Macauley Jones – who will also race this weekend – twice qualified in the top 20.

Le Brocq says his goal is to be somewhere around the top 15 but, if the Nissan is a front-running contender, anything appears possible for the in-form Victorian.

Jones faces a tougher task to be competitive at Hidden Valley than he did on home ground at Winton, but will at least enter the weekend armed with a heap of valuable racing experience.

One of the most liked drivers in the paddock – as attested by winning the inaugural ‘driver’s driver’ award in 2015 – Lee Holdsworth is a clear sentimental favourite this weekend.

Holdsworth returns to Hidden Valley 12 months after the biggest accident of his career that left him with fractures to his hip, knee and ribs.

While the accident has naturally been a talking point heading into the weekend, the most important thing for Holdsworth is that his Holden showed signs of genuine speed at Winton.

Defying expectations that it would be left behind amid the current development race, the Preston Hire Holden was a top 10 runner at Winton, raising hopes for the rest of the season.

Although unlikely to challenge right at the front, strong results this weekend would be a just reward for the efforts of this driver and team.

15/06/2017
Stay In The Know
Sign up to the Repco Supercars Championship Newsletter
We use cookies to ensure that we give you the best experience on our website. If you continue to use this site we will assume that you are happy with it.Ok