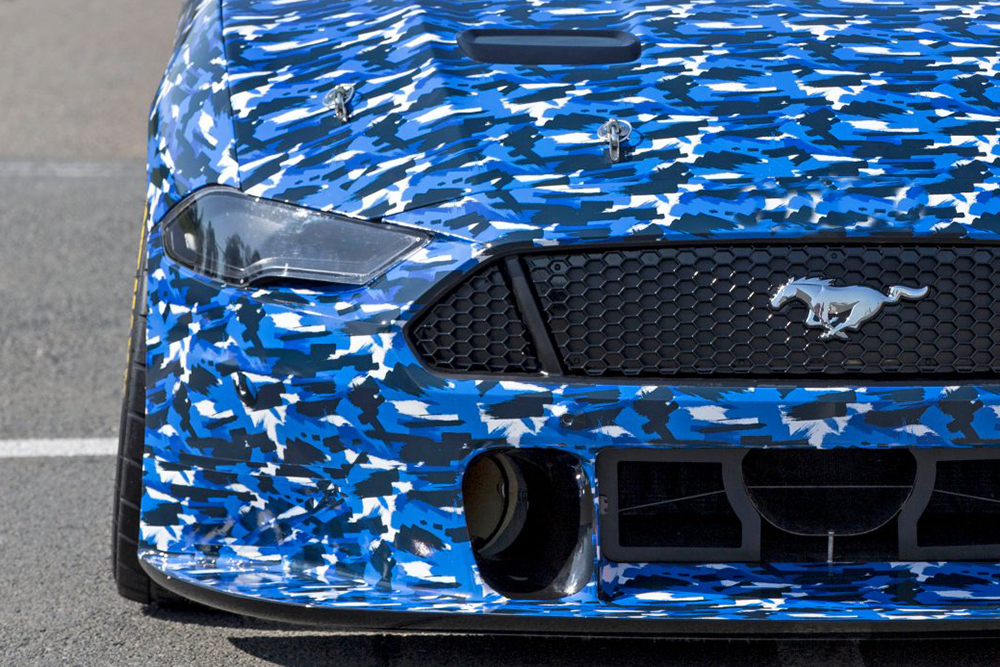 DJR Team Penske and Ford have offered the first look at the 2019 Mustang Supercar, releasing images from its maiden track test.

The team is at Queensland Raceway today undertaking the first of two homologation test days permitted for the car, which will replace the Falcon next season.

Supercars.com looks at the talking points from the first pics. 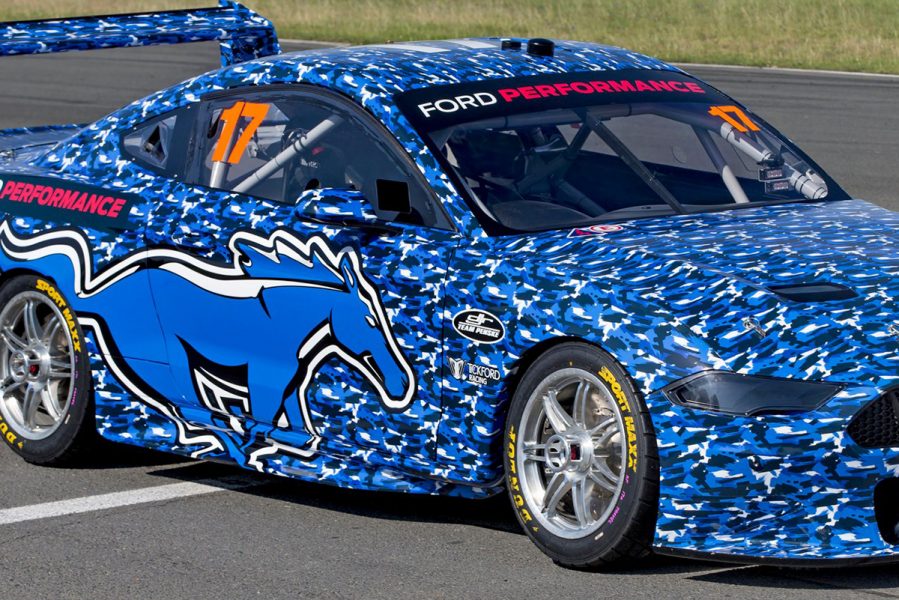 As the first two-door body adapted to the control Supercars chassis, the look of the glasshouse and rear-end packaging was always going to be the key point of interest.

DJRTP worked with both US-based Ford Performance aerodynamicists and Ford Australia’s own design staff on the project, to balance racing and aesthetic requirements.

The ‘tear drop’ roofline is higher than the standard car to clear the main roll-hoop, and the whole body lengthened – most notably in the doors – to meet the required wheelbase.

Combining the roof shape, which can been seen easily clearing the front windscreen roll-bar, and tapered nose makes for a distinctive look that will be interesting to view in profile.

Interestingly, when viewed directly from the front, the roof appears to retain the subtle curvature of the road car – with the outer edges slightly higher than the middle.

Although the position of the seat relative to the chassis is standard across all cars, the two-door shape means the driver clearly sits further forward of the body's B-pillar than in the Falcon.

The Mustang continues the recent Supercars trend of big rear wings extended off the back of the boot-lid, although the treatment here is distinctly different to the ZB.

While the ZB’s curved endplates and protruded lower-wing section are moulded as one piece, the Mustang retains flat endplates like those on the FG X. 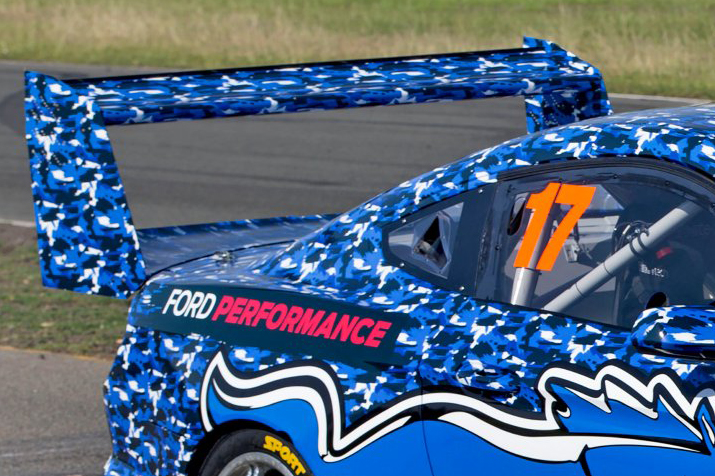 Unlike the FG X, the endplates on the Mustang attach to a single lower section that runs the full width of the boot, rather than clinging on via separate mounts.

The wing’s main plane in the images appears high, although this is subject to change, with a large array of both vertical and angle-adjustment holes seen on the prototype car ahead of homologation. 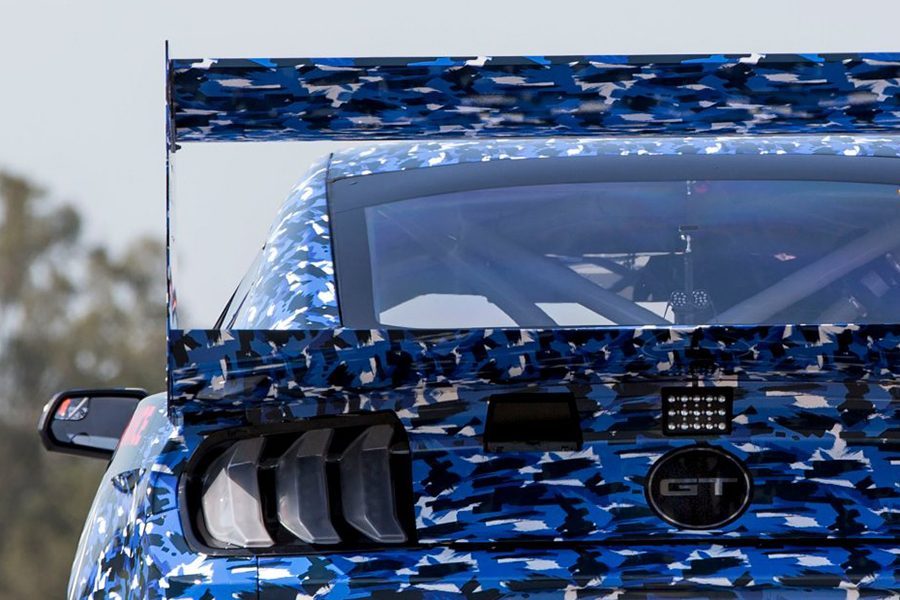 While the BA-FG X model Falcons had their distinctive ‘bonnet bulge’ carried over from the road car, the Mustang’s signature is its bonnet vents.

The two snouts have been carried over to the Supercar but, in order to comply with the ‘closed body’ Supercars rules, they are purely aesthetic. 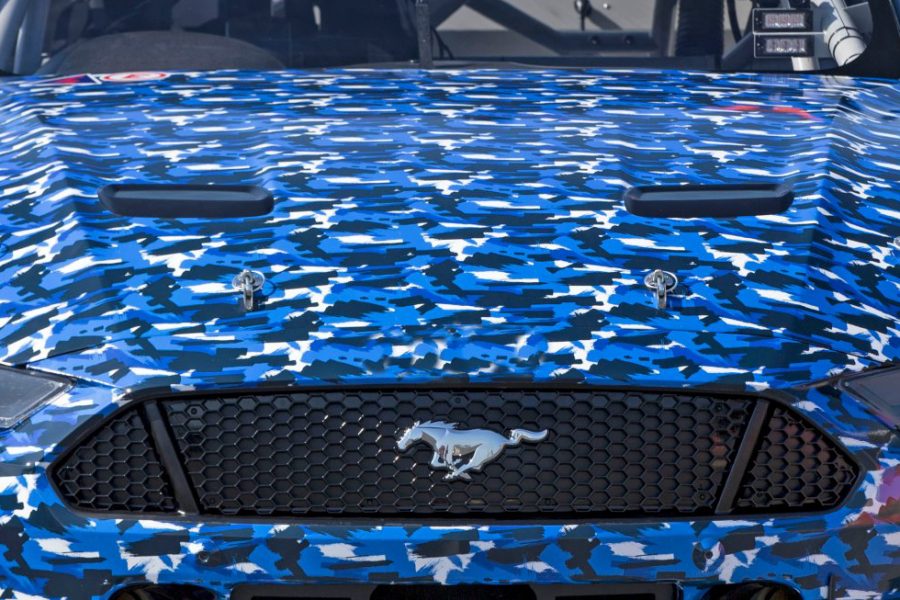 Like its rivals, the Mustang will ingest all its air via the intakes in the front bar, below the grille, which is also blanked off on all Supercars.

The headlights have a small aperture at their base, which is another nice detail from the road car and, presumably, is blanked off. 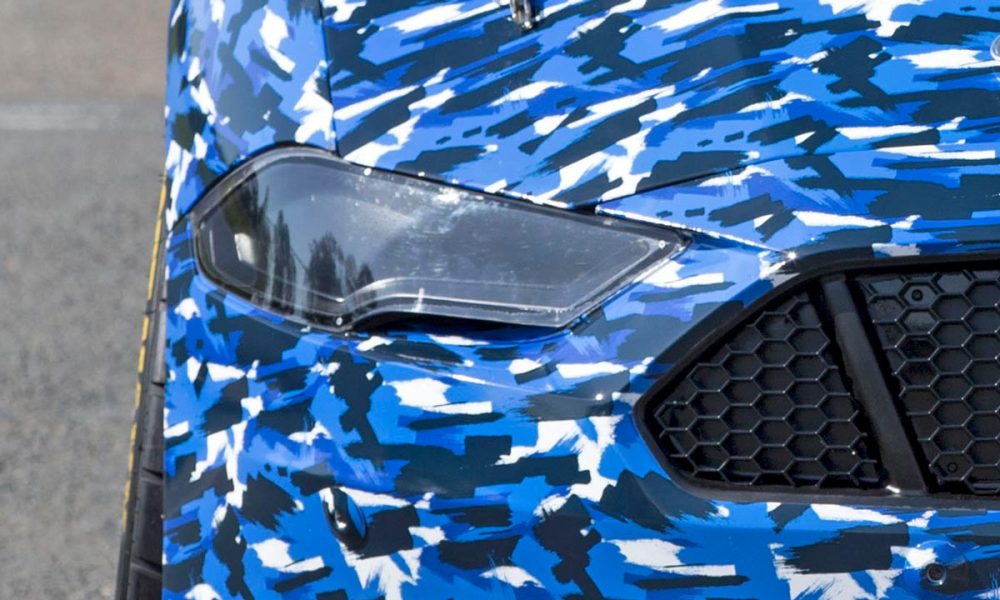 The brake ducts, located either side of the radiator intake in the front bar, are bespoke to the Supercar and quite unique in their appearance.

The inner sides of the brake ducts curve towards the leading edge of the splitter; potentially helping avoid the splitter-flap seen on the ZB.

The sculpting at the back of the front wheel arches also appears pronounced, albeit difficult to tell in the camouflage livery. 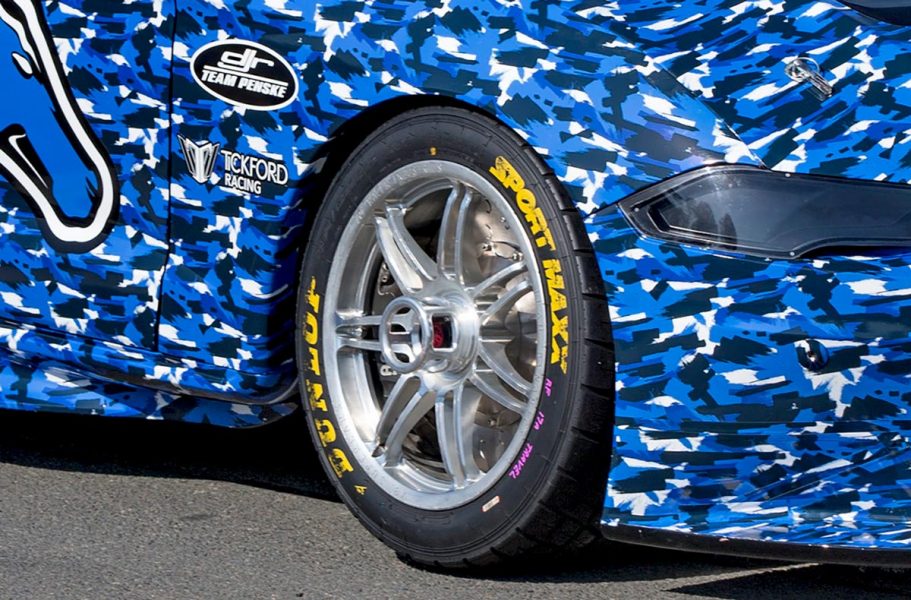 Electing to undertake initial testing in camouflage colours means truly judging the overall look of the car is difficult.

The Mustang graphic and Ford Performance branding is, however, a strong reflection of the factory backing behind this project.

While the car has been built by DJR Team Penske, which is the homologation team, Tickford Racing branding also appears; a nod to the collaborative effort between the parties.