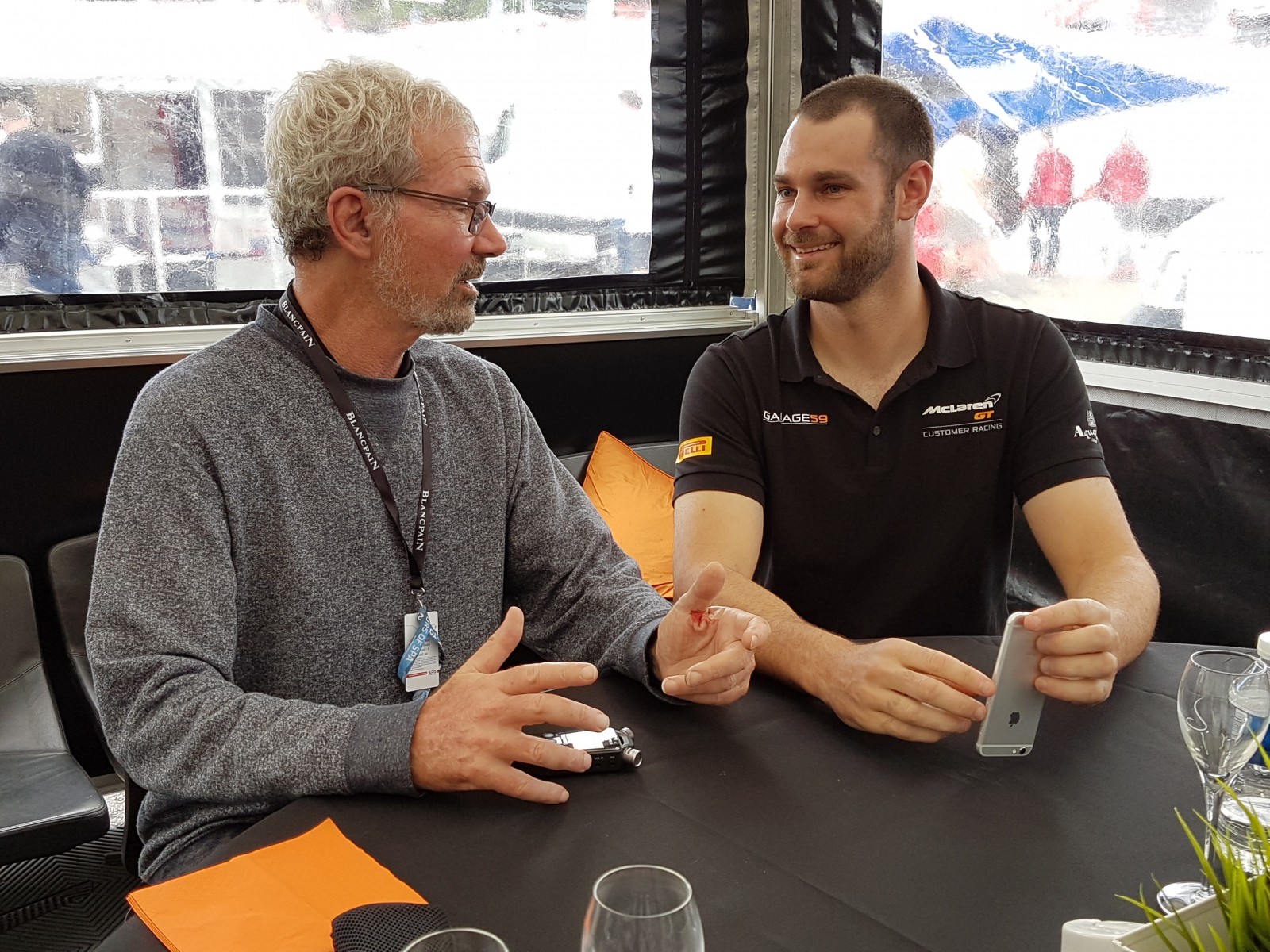 The latest is Shane van Gisbergen, who is coming on strong after an inconsistent start with top team Triple Eight Race Engineering, which expanded to three cars to accommodate the mercurial Kiwi.

Van Gisbergen joined Jamie Whincup in the revamped Red Bull Racing Australia line-up and emerged as the points-leading six-time champion’s main title threat in the run up to the mid-season break.

With their battle set to intensify when the championship resumes at the Red Rooster Sydney Motorsport Park SuperSprint, fans and insiders alike are wondering if a Mercedes F1-style intra-team feud is about to erupt.

Van Gisbergen caught up with Foges recently in Spa when contesting the 24 Hour race.

MF: As of Queensland Raceway, it’s starting to look like the championship battle is going to be pretty much between you and Jamie. Is that how you see it?

SVG: It’s sort of come that way, which is good. As a team, we’ve really improved. At the start of the year, the season was crazy with so many different winners and the competitiveness at the front, but the last three rounds I think we’ve really stepped forward and been the benchmark team. There’s been a few guys up there, but we’ve been more consistent, so as a result, the points table shows it that way. All three of us are up there and, hopefully, it’s us fighting it out at the end.

So you’re including Craig in the title fight, too?

Oh, definitely. He’s part of the team, he does everything with us – same car and set-ups and all that – and he definitely wants to do well as well. He was the fastest car by a long way at Queensland Raceway on the Sunday. He dominated everyone.

It was a big move for you to join Red Bull Racing Australia and the results are clearly coming now. Has it been what you expected?

Yes. But the car was very, very different to what I thought it would be. I thought “Oh, it’s just going to be a Tekno car, maybe a little better”, but it was probably almost a bigger change than going to the Tekno Commodore from the Stone Brothers Falcon. It was completely different and didn’t suit my driving style at all, so we’ve had to come up with an individual set-up and work our own way. Always been fast – every round we’re one of the fastest cars, but very hard to drive and a lot of mistakes. But since the pre-Darwin test, it’s been completely different and much nicer to drive.

Along with a couple of mistakes, the fact that you had to get on top of the car, does that explain why until Hidden Valley, your results were inconsistent?

Yes. Before that it was second or third in qualy and then 10th the next day. Now it’s a huge step forward in consistency and I know what I’m going to get every time I jump into the car, and it suits me, so it’s a big improvement.

So what happened on the Sunday at QR? Even without the stacking issue, which was caused by your call in the heat of the moment of Scott Pye’s off, you just weren’t in contention.

We had no pace. The track changed quite a lot for Sunday. We were really fast on the Saturday – we had a good car – and then Sunday we just missed it completely. We misread the track; it was hotter, but it had more grip. So we misread the race set-up completely. Thought I was good the first three laps and then no tyre life, so it was a big step backward and probably would’ve been good enough for eighth if we didn’t have the stacking problem. Yeah, pretty slow by our standards.

It’s been really cool to see how he works – and Craig as well. Jamie’s really good the way he goes about things and when he’s struggling, he’s able to look at the data and pick it up in the next session. He definitely works hard behind the scenes, which you don’t see from the outside, so it’s cool to be a part of and you can definitely see why he’s the six-time champ that he is.

Jamie hasn’t been as dominant as in previous years. Why is that?

I think the whole series has got more competitive every year with this New Generation car. There’s limited development you can do with them. You have the springs and the front end – basically, that’s it. Everyone’s getting closer and closer every year, and it’s not like 2010/11/12 when he had the best car and team by miles, and best driver. Everyone’s very close and on the limit now, so it’s much harder to appear dominant, I think. He’s still sitting there on the top of the leader board by 110 points, so he’s still pretty good.

We’re waiting for the blow-up between you and Jamie. Is there a Lewis Hamilton versus Nico Rosberg-style feud developing? Is there tension building?

Everyone wants that because it’s a big story, seeing the Nico/Lewis thing, but it’s not like that at all. We shake each other’s hand before every race, wish each other luck and work together outside the track as well, so, yeah, we’ve been getting along fine and there’s no reason for it to change. I guess it’ll get a little bit tense at the end of the year if we’re fighting tooth-and-nail for the championship, but at the end of the day, hopefully it’s 1-2 for the team and we’re still smiling at the end.

No mind games are starting to come into play?

Not from my side. I just do what I can. Just turn up and race, and go as fast as I can, and from him, I don’t think he’s played any mind games. If he has, I haven’t really noticed. We’re getting along well and playing it straight so far.

What about when you’re racing Jamie wheel-to-wheel?

It’s cool. We’ve had some good battles – Darwin and Townsville – and you’re always on the limit and you know with him he’s flat the whole way. It’s pretty impressive how he’s always on the limit and makes as few mistakes as he does. It’s pretty good. Yeah, learning a lot. We race well together and had some clean passes. I’m still learning how to race a teammate again (after three years solo at Tekno Autosports), but it’s cool.

You mentioned that if it remains you and he battling for the title, there will inevitably be tension. How will you keep a lid on that?

Well, we know what’s expected of us. Roland (Dane) and Dutto (Mark Dutton) have gone through that and told us what’s allowed and what’s not. We’re allowed to race hard and fair – just don’t knock each other off. It’s been pretty easy so far to do that and I think we’ll continue to be OK with it. It’s been good and I don’t see it changing.

You’re a big chance to win the Bathurst 1000. The only perceived weakness is your pairing with Alex Premat – not because he isn’t a good driver, but he’s hardly done any racing this year. Does that concern you at all?

A little bit. Alex does a lot of laps in his EXR school car in Las Vegas, but race miles is what’s needed. So it’s a little bit of a concern, but his speed isn’t in question. He was easily the best co-driver, along with PD (Whincup’s co-driver Paul Dumbrell), the last couple of years, so I think he’ll be fine. His pace will be good and as long as we’re up the front, he’ll be fine, I’m sure.