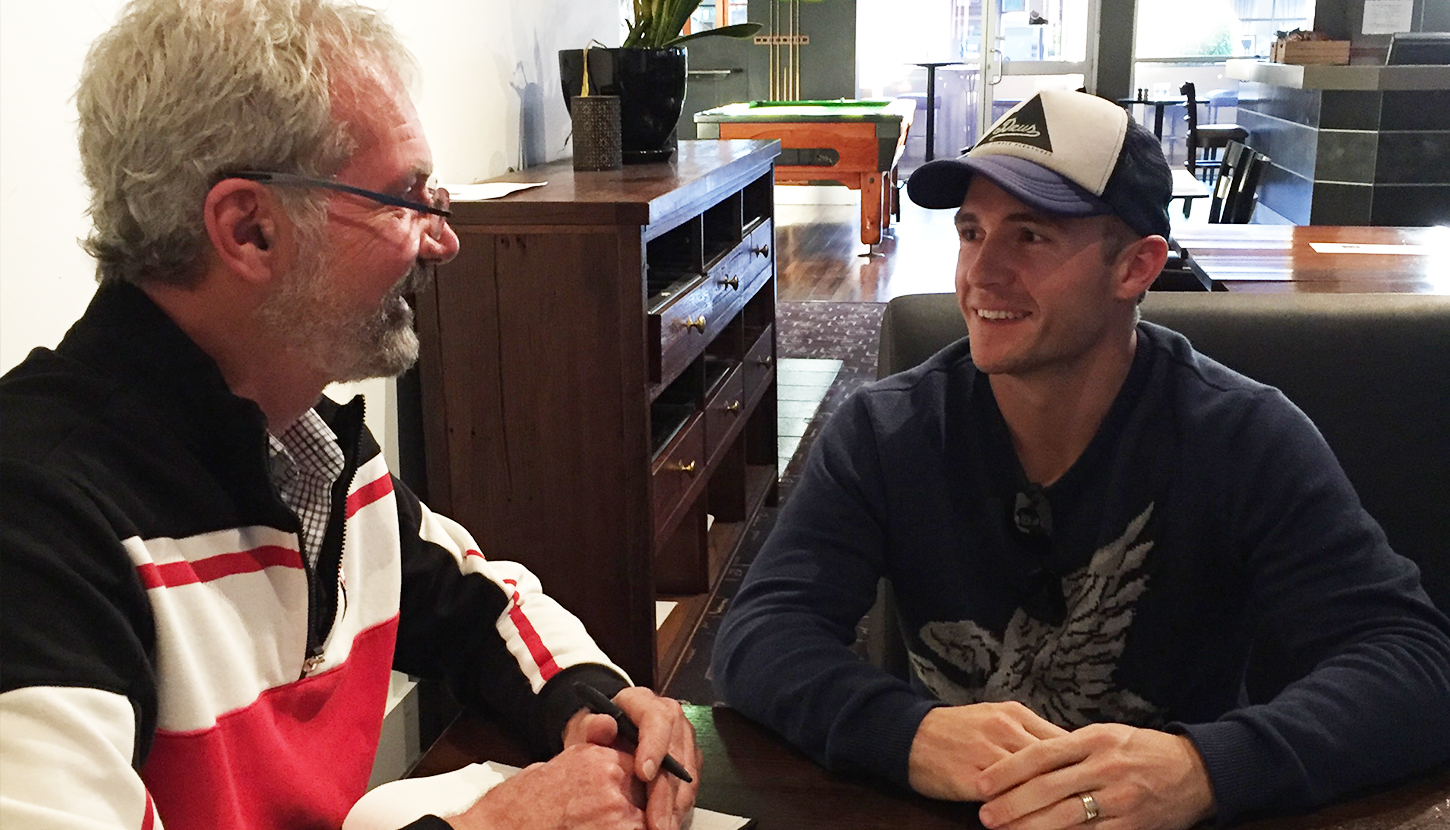 The latest is Lee Holdsworth, who is rebuilding his derailed reputation with the help of legendary former HRT team manager Jeff Grech as they attempt to establish Charlie Schwerkolt’s Team 18 as an upstart independent.

MF: There’s a lot of talk already about who’s going where next season and you’re one of those coming out of contract. So are you actively in the market?

LH: No. To be honest, I’ve really shut down any communication with anyone else on next year. I’m very committed to Preston Hire Racing. To be where we are now – and it’s only in the early stages – I think we’ve done a brilliant job and I want to ride the wave. So I see the next couple of years being very important for my career and from that point of view, I want to stay with Preston Hire Racing and build as a team.

But you’re open to offers?

Oh, look, everyone always wants to see what’s on the table, but I also understand that the last couple of years has been a bit of a drought for me in terms of results, for reasons out of my control. So I don’t expect the phone to be ringing off the hook, either, but the people that understand the sport, understand what I’ve been through, they also understand that if you put me in the right equipment, I’ll do the job.

I know that you weren’t impressed when I said on Inside Supercars that you weren’t in the same league as the main players in the ‘silly season’. But you put your finger on what I meant, which was that you hadn’t had the results to command the same interest as a Scott McLaughlin or a Garth Tander.

Yeah, absolutely. I mean, I was having a bit of a joke with you about that. It’s not often I get a chance to stick it to you, so I thought I would there. But, yeah, results speak for themselves. That’s what everyone looks at and that’s how your performance is rated, unfortunately. But I can understand that completely. Like I said, though, there’s been a lot of stuff out of my control and I actually believe I’m a better driver now than I’ve ever been. I feel that I’m building as a driver every day, every round, and I have a lot to offer.

I guess what you’re saying, essentially, is that you’d like to succeed with PHR, taking a small team to the front. Is that a realistic goal, though?

I think from where we’ve come from at the start of this year to where we are now, yes. If you had’ve asked me at the start of the year, is that a realistic goal, to be hoping for huge success with this team, I would’ve said, “It’s questionable, I don’t know”. But now that I’ve seen what we can achieve in terms of speed and now that I know that we’ve confirmed that we have a good car and a speedy car, I believe we can. We have a great crew around us and if we can tidy up a few areas like pit stops, which have been a major issue for us – although that has been a little bit out of our control (sharing a pit boom with BJR’s Tim Blanchard) – then we can be a team to challenge for race wins and certainly for podiums, and a top five in the championship over the next couple of years. That’s the aim. So, absolutely, I think I can have very good success with this team.

PHR is a tight-knit team with some very competent people involved, but is the foundation of your optimism the fact that you have a Triple Eight-built car?

Yes. Obviously, the hardest thing about getting the right team together is the people – and we have that. But you can’t do the job without the equipment, either, and the equipment is the No.1 thing. We started with the same car we have now, but we didn’t understand it, so the results, the speed, weren’t there. But now we understand the car and we know that we have a good car, and having that confidence in your equipment is massive for me and the team. I know that I can push it to the limit and get the absolute most out of it. So I really think that with the car we have and the technical support we have from Triple Eight, yeah, we can get good results. Although we’re a customer of Triple Eight, we’re in control of our destiny and Charlie’s done the right thing. He was never going to go anywhere as a third or fourth car and he hasn’t had success since he was at DJR (where Schwerkolt was co-owner when James Courtney won the title in 2010 in the midst of a fall-out with Dick Johnson). He knows how to run a successful race team.

For all of you, there’s a lot to play for, isn’t there?

There is. There’s a lot to play for. You know, Jeff (Grech, returning to team management after a long break) wants to be successful again. He’s not there just for a job. Charlie wants success again. He had a big taste of it at DJR, but it wasn’t his team – it was shared. This is completely his team. And for me, I feel like I’m back into the rebuilding phase of my career – which is not ideal at this stage. I’m not getting any younger, but I feel like I’m on the road to recovery now. I need some continuity, I need a solid team around me, I need a team with a budget to do the job, and I feel like Preston Hire Racing has that.