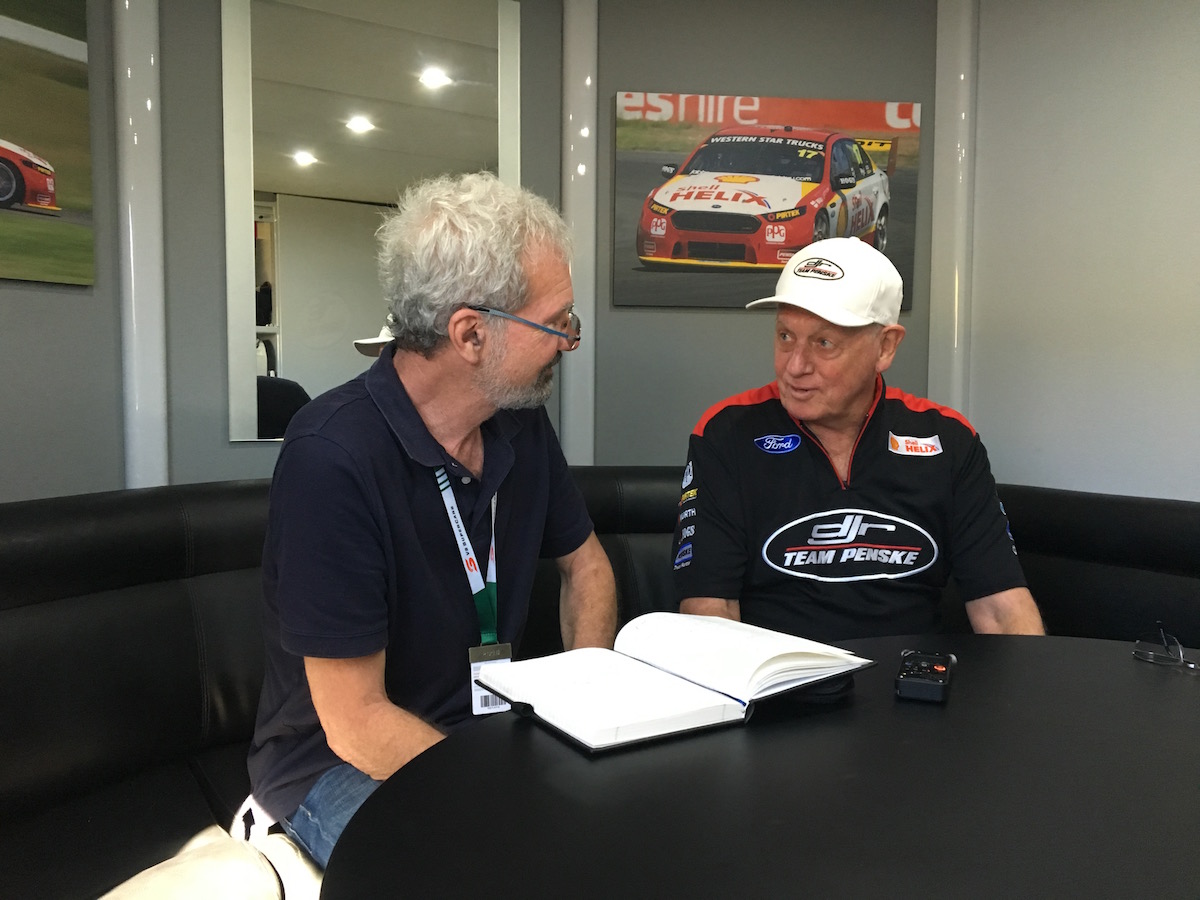 The latest is V8 legend Dick Johnson, whose exploits in Falcons as a driver and team owner made him the enduring favourite of Ford fans and one of Supercars’ most popular figures.

Johnson’s great rival was Holden hero Peter Brock, with their Falcon versus Commodore battles in the early 1980s defining the end of the Group C ‘Big Banger’ era that inspired what became V8 Supercars.

On the 10th anniversary of Brock’s untimely death, Johnson pays tribute to his most respected adversary, whose achievements as King Of The Mountain will be celebrated during the October 6-9 Supercheap Auto Bathurst 1000. 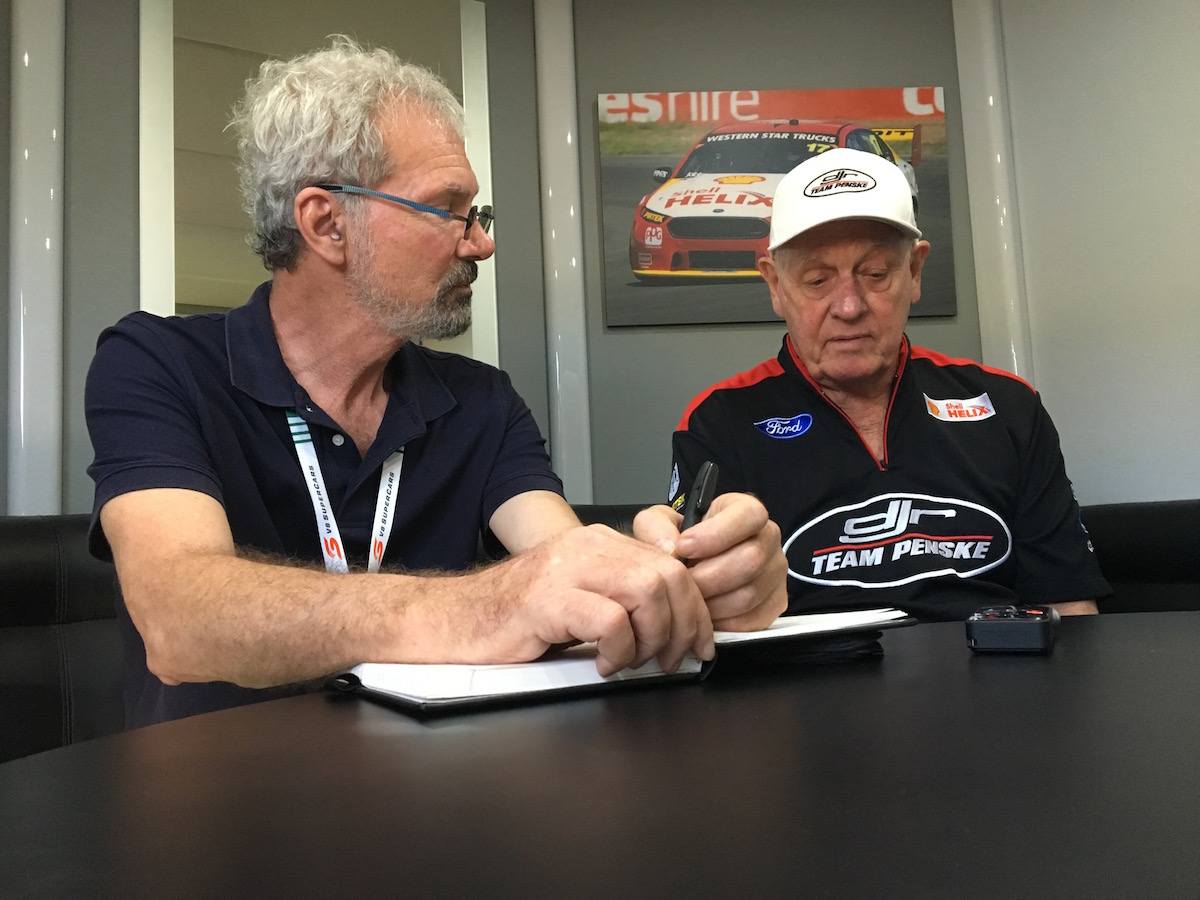 MF:  It’s 10 years since we lost Brocky. What is your enduring memory of him?

DJ: To be quite honest, 10 years has gone really, really quickly. It’s hard to believe it’s been 10 years since he had that dreadful accident. You know, when that actually happened, it was one of about three or four times in my life where I can say I know where I was and what I was doing, just like when JFK (US president John F Kennedy) was assassinated (on November 22, 1963). Brocky was pretty special and his death was very unfortunate. But what can you say? That’s life. Bad things like that happen.

The tribute at Bathurst will have special meaning for you, I imagine, because you and he were great rivals, and much of your careers were inexorably linked.

The thing is that it worked very well between the two of us because we were on opposite sides, obviously, but we shared some similarities in our backgrounds. People probably don’t realise – and I didn’t at the time – that he was only two huts away from me when we did our national service in the army. Our rivalry in racing really sort of lifted the whole game because people were either for Ford or they were for Holden and to have the crowd going for one or the other was what it was all about. That’s still the foundation of Supercars to this day.

You replaced Allan Moffat as Brock’s arch-rival, but you were a Ford folk hero rather than a Blue Oval villain.

I’ll never forget that after the CRC 300 at Amaroo Park in 1980 (the race-leading debut of Johnson’s Tru-Blu XD Falcon), ‘Plastic’ (Brock’s longtime publicist Tim Pemberton) came to me and said “Mate, this is the best thing, I’ll do anything I can to help you come onto the scene”. From his point of view, he could see that Brock needed a strong Ford opponent rather than him just driving off into the night. I think that, really, me coming along with a competitive Falcon helped the category a fair bit because there was no one there really challenging on the blue side. And then there was The Rock incident at Bathurst a few months later, which created a lot of public support. I think the public saw me as an Aussie battler, whereas Moffat was regarded as an aloof Yank, even though he was actually Canadian.

You had many great battles on the track, most memorably the final and deciding round of the 1981 ATCC at Lakeside. You and he raced nose-to-tail all the way with hardly a rubbed fender, which was characteristic of your confrontations.

It certainly was. There was a number of times he could probably have punted me off the road and he would have got away with it for the simple reason that, I suppose, the stewards back then weren’t into giving you a drive-through or something like that. The racing between us was always very clean and that’s because we had respect for each other. And respect goes a long way because even socially, we got on extremely well – even though we were totally different personalities. Things changed for him in the latter years of his career, which obviously was his own doing, but at the end of the day, we still got along fine. Racing with Brock was always good fun. We respected each other to the point where, on the day, if you couldn’t win fairly, you wouldn’t win.

Peter’s passing, especially personality-wise, left a big hole in the sport, didn’t it?

Absolutely, and I think it’s very just that he was so widely recognised. He put an awful lot into this sport and into building it into what it is today, and people remember that. They have very fond memories of him. And there’s no denying he was an exceptional talent behind the wheel. He was one hell of a natural driver. Some drivers have got the natural ability and don’t have to work at it, while some have got to be very tenacious and really work at it. It just came naturally to him. But he was as hard a racer as they come. When you raced Brock, you knew you’d been in a no-holds-barred battle. But as I said, he was a very clean and fair driver. When you beat him, it really meant something.

While we’re here, let’s talk about DJR Team Penske’s progress in its second season. Is the team doing well enough?

Originally, in the first year it was decided to run one car, which at the time I thought was the wrong move. That was Roger’s decision and as it turns out, the further we got into the year, the more I realised it was the right decision because we weren’t a race-winning team by a long way and looking at it now, we still aren’t. So there’s still a number of things we need to fix. Fortunately, Penske’s investment has given us a lot of stability. We know we’re not here for five minutes, we’re here for a long time and we’ll continue as a team as long as Supercars keeps going. But I know there’ll be a lot of soul searching and everything after every meeting until such time as we come up with the right combination to win.

So progress has been slower than expected, but with the resources and the stability you spoke about, you’re confident it’s only a matter of time before this team is at the front?

I believe so. I took offence to a comment that Roland Dane made on the telecast of the Ipswich event, saying that there are only two teams in the category. He’s right in the sense that only Triple Eight and Prodrive Racing are consistently at the front at the moment, but the way he said it was an insult to outfits like ours. Mark my words, we won’t always be where we are now. With the Penske organisation behind us, we’ll eventually become a thorn in Roland’s side.